KAMPALA, Uganda ‒ A working group meeting has brought together representatives from multiple agencies in East Africa to focus on border control challenges in the fight against terrorism in the region. 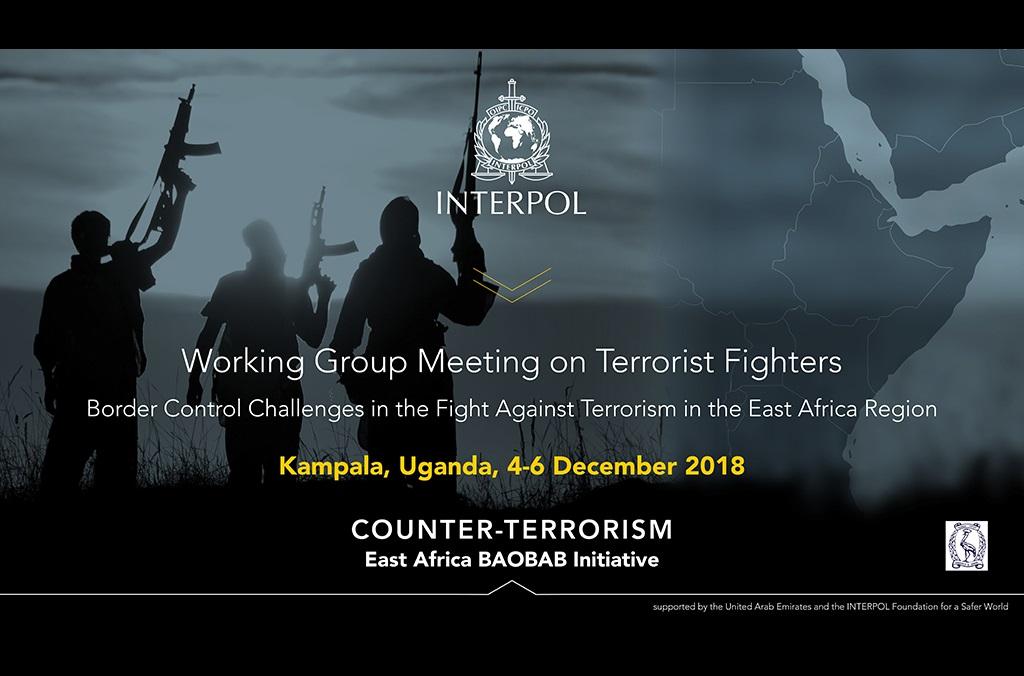 A working group meeting has brought together representatives from multiple agencies in East Africa to focus on border control challenges in the fight against terrorism in the region.
/

Co-hosted by the Uganda Police and funded by the INTERPOL Foundation for a Safer World, the three-day meeting (4-6 December) was attended by more than 40 officers from the region’s border control, immigration and counter-terrorism services.

Participants shared their experiences and discussed the challenges of international police cooperation in the fight against terrorism, with the aim of shaping an overview of border police capacities in East Africa and planning future operational activities.

“This meeting is an invaluable opportunity for law enforcement agencies in countries across East Africa to assess the challenges and to unite in their counter-terrorism activities. By making joint use of INTERPOL’s tools, we can speed up investigations and help prevent foreign terrorist fighters from crossing borders,” said Mr Fred Yiga, Assistant Inspector General of the Uganda Police.

The meeting was held as part of INTERPOL’s Baobab initiative which boosts the exchange of counter-terrorism information in the Sub-Saharan region of Africa. It enables countries to identify transnational groups, reduce their mobility, track their illegal weapons and disrupt their financial streams.

Representatives from EAPCCO also took part in an observer capacity, along with the International Organization for Migration (IOM), the African Centre for the Study and Research on Terrorism (ACSRT) and the United Nations Office on Drugs and Crime (UNODC).

INTERPOL’s efforts against the threat of foreign terrorist fighters are recognized in Resolution 2178, adopted by the United Nations Security Council (UNSC) in September 2014. The Resolution highlights the importance of sharing global law enforcement information through INTERPOL’s I-24/7 secure communications network, databases, and system of advisory notices.