Wildlife crime has far-reaching and devastating consequences for society, public health and global economics. Often overlooked and under-prosecuted, it is a sophisticated serious crime with high demand driving high prices and violence.

The profile of the wildlife criminal has changed.  Today they are organized, innovative, well connected, and run global syndicates that commission the mass slaughter and capture of protected species in all parts of the world.

These criminals import and export endangered species for international trade via the same routes they use to smuggle weapon, drugs and other illicit goods.   The international characteristics of these crimes and their links with organized crime make the role of police cooperation across borders fundamental to tackling wildlife crime.

INTERPOL set up a dedicated Environmental Security Programme in 2010.  This week, to celebrate the programme’s first decade of action, we focus on how INTERPOL has enabled countries in all parts of the world to address wildlife crime comprehensively, from detection to arrest, investigation and prosecution.

A decade of INTERPOL action: ten years in ten feats

2.    The full face of the law: For the past decade, INTERPOL has been an active member of the International Consortium on Combatting Wildlife and Forest Crime (ICCWC) through which five organizations strengthen criminal justice systems and provide coordinated support at national, regional and international level to combat wildlife and forest crime.  Established in 2010, ICCWC is a unique and powerful partnership with the Convention on International Trade in Endangered Species of Wild Fauna and Flora (CITES) Secretariat, the United Nations Office on Drugs and Crime (UNODC), the World Bank and the World Customs Organization (WCO).

3.    Levelling the playing field: As the world’s largest police organization with a mandate to share and process criminal information globally, INTERPOL has spent a decade ensuring not one country, region or agency is left to tackle the illegal wildlife trade alone. Today, wildlife investigators across the globe work together forming a powerful network of wildlife crime experts.

Wildlife crime is rising 5% to 7% annually, 2-3 times the growth rate of the global economy 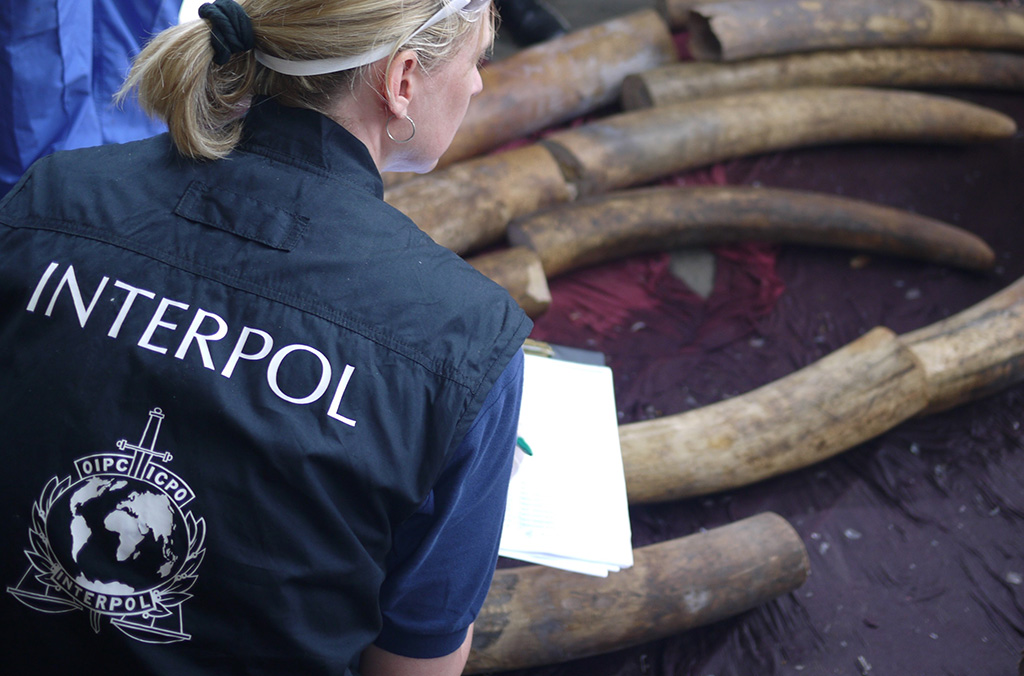 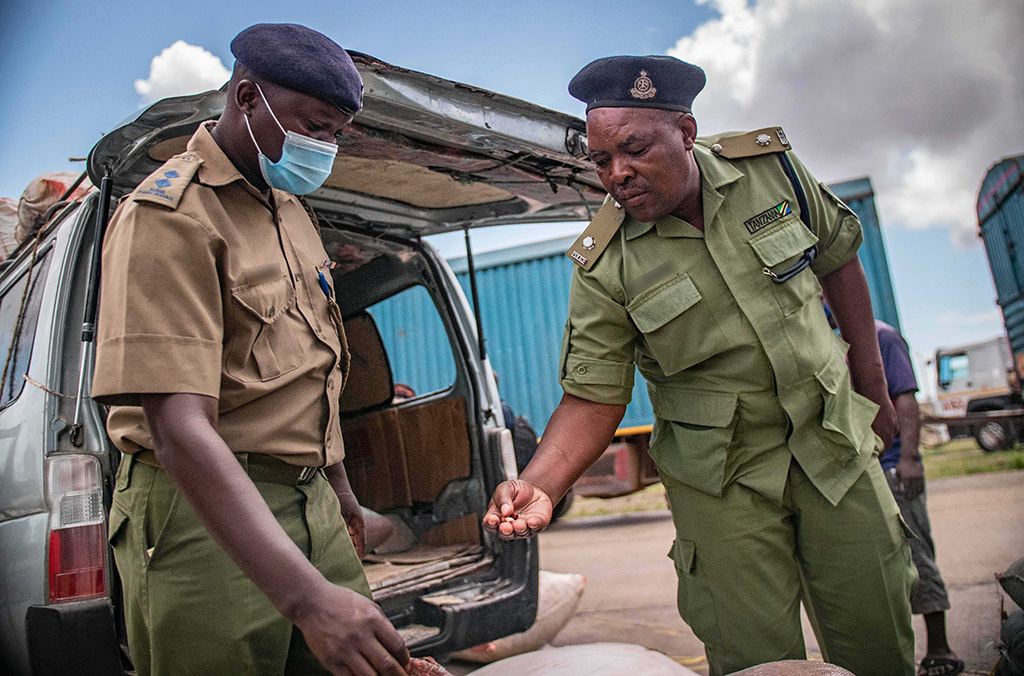 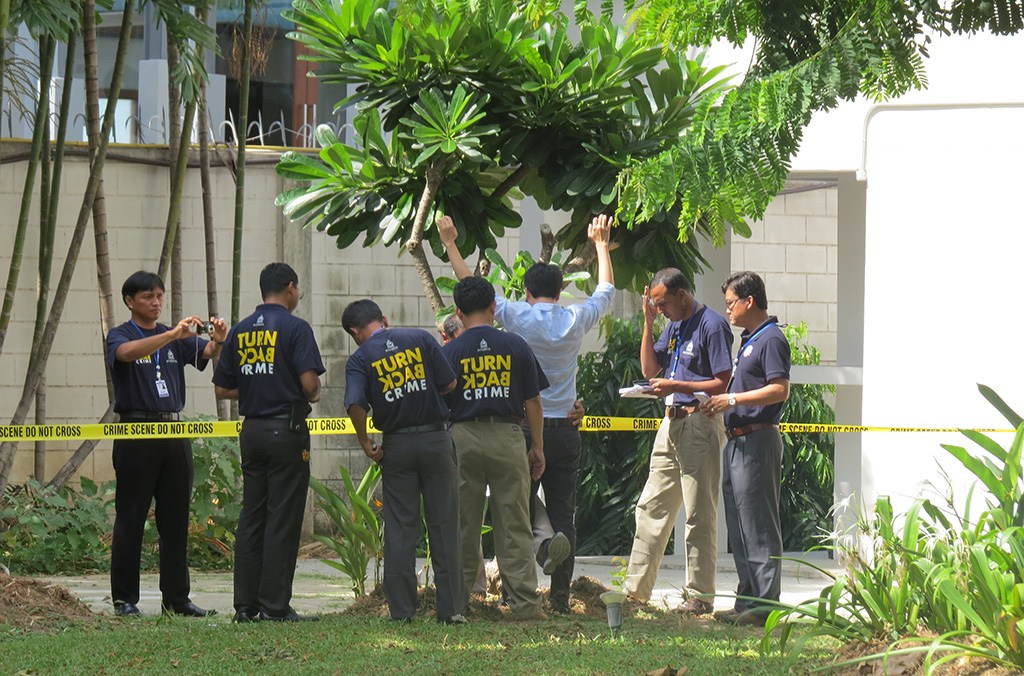 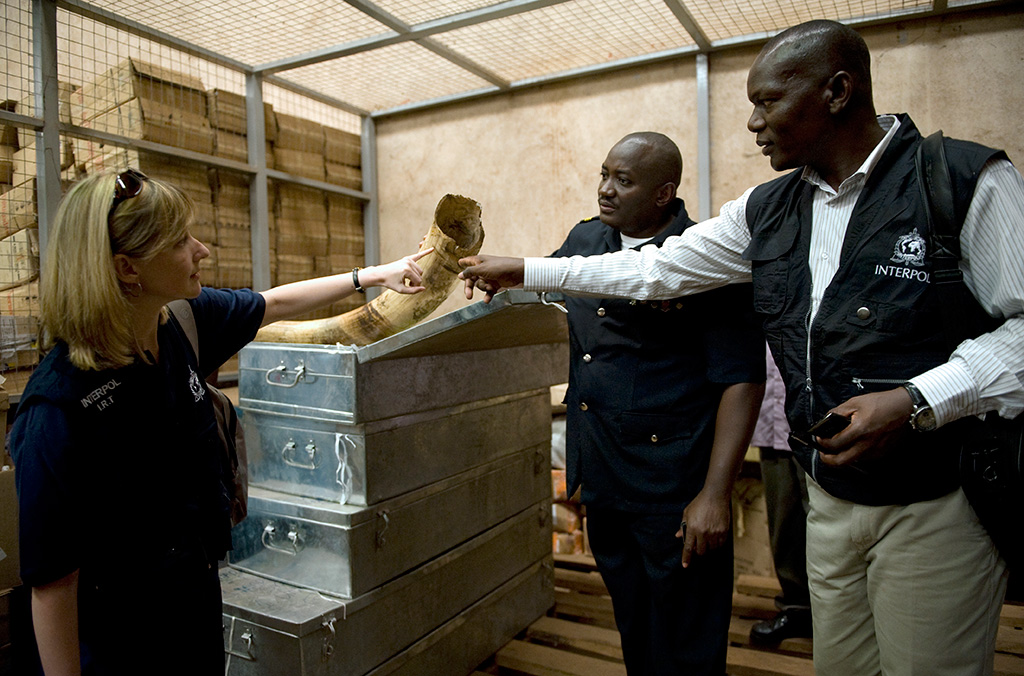 INTERPOL has spent a decade ensuring no one country, region or agency is left to tackle the illegal wildlife trade alone 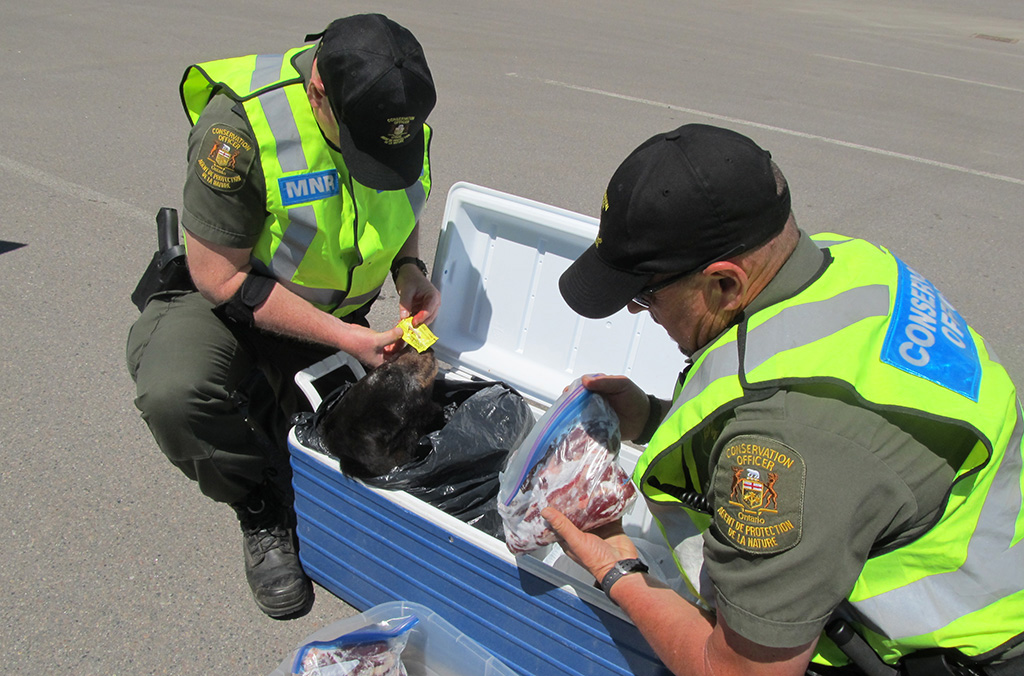 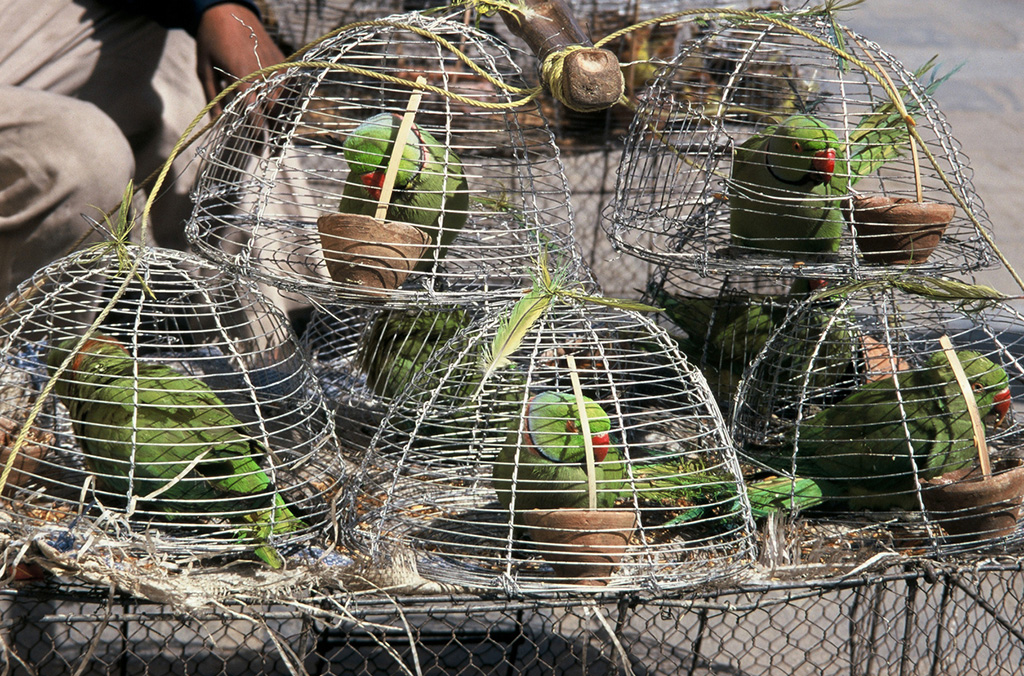 The past decade has seen a significant increase in the volume of wildlife crime investigations pursued by the global law enforcement community via INTERPOL. 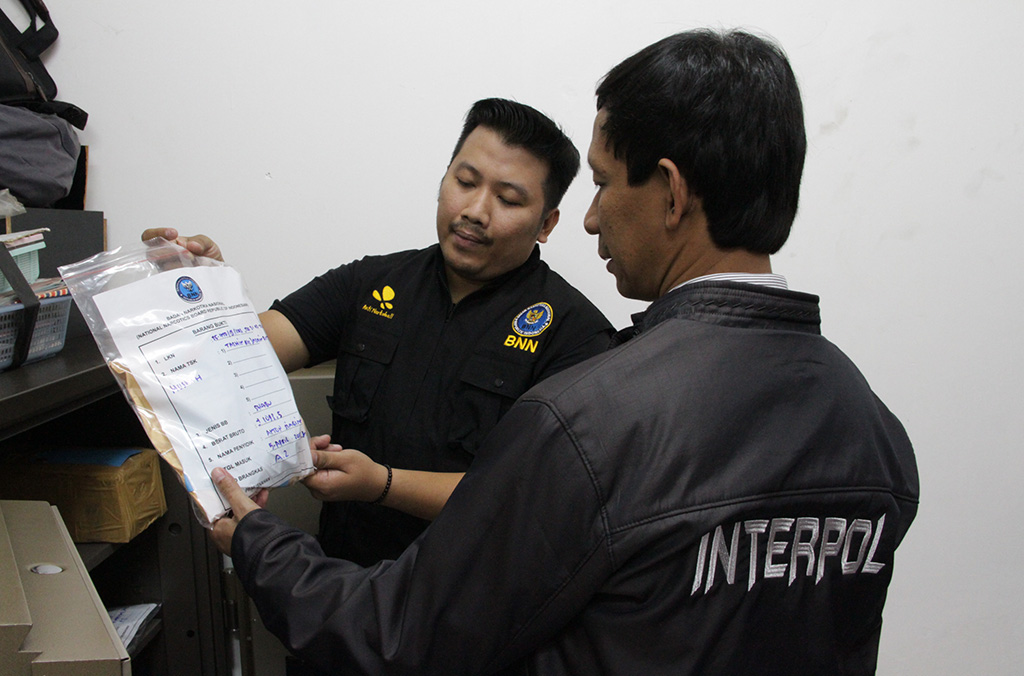 INTERPOL helps countries make links between wildlife crime and other serious crime, such as drug trafficking 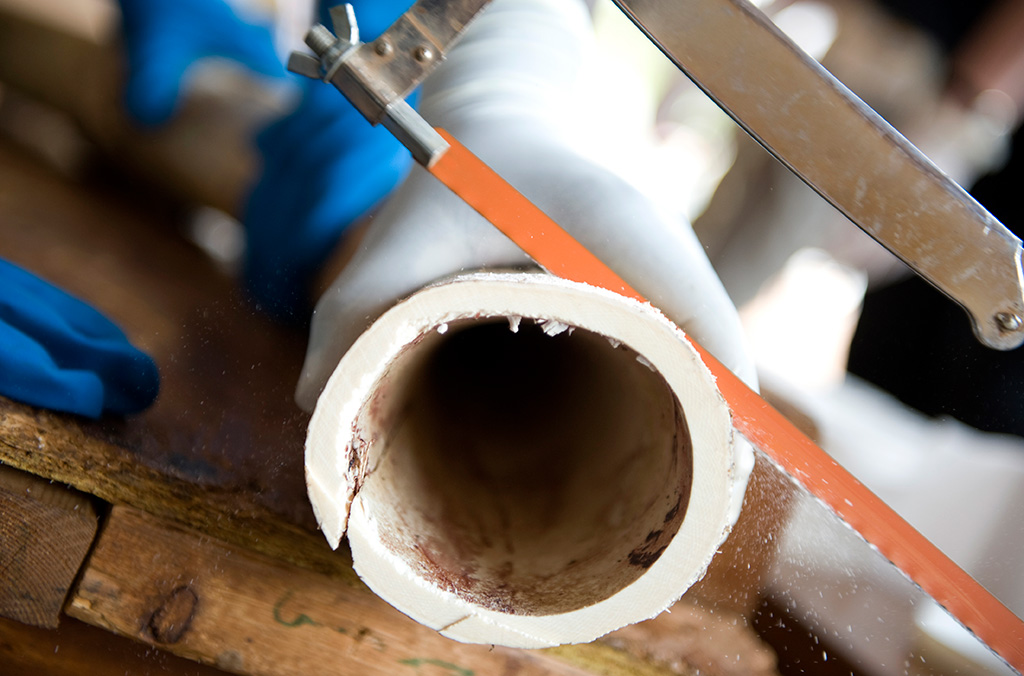 Getting sufficient evidence can be difficult with wildlife crime but INTERPOL has spent a decade exploring forensic solutions, integrating them into training and investigations 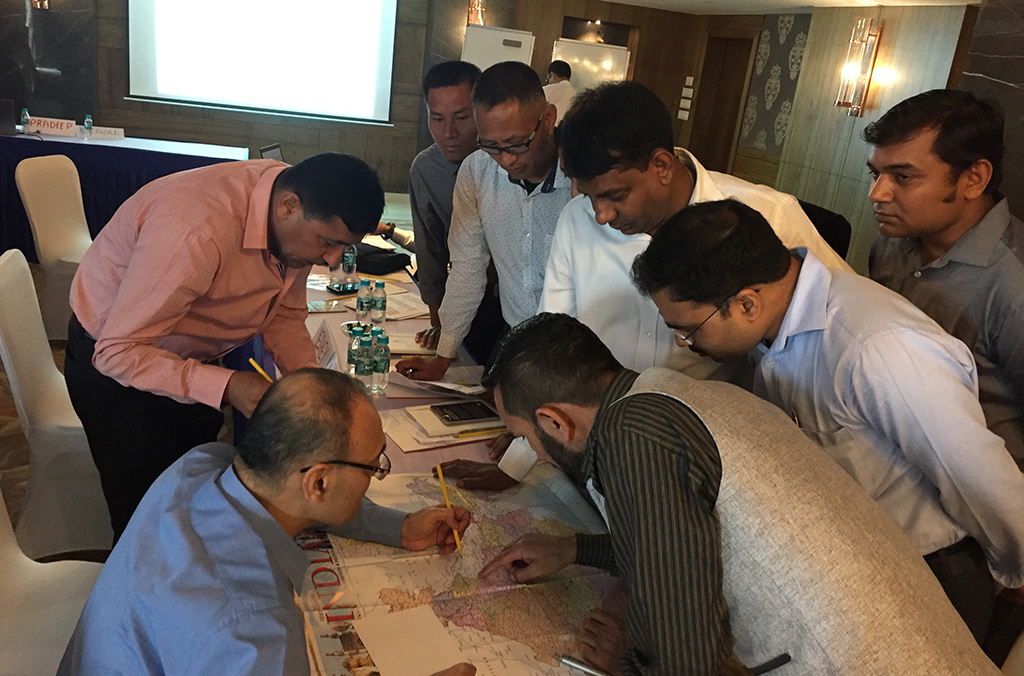 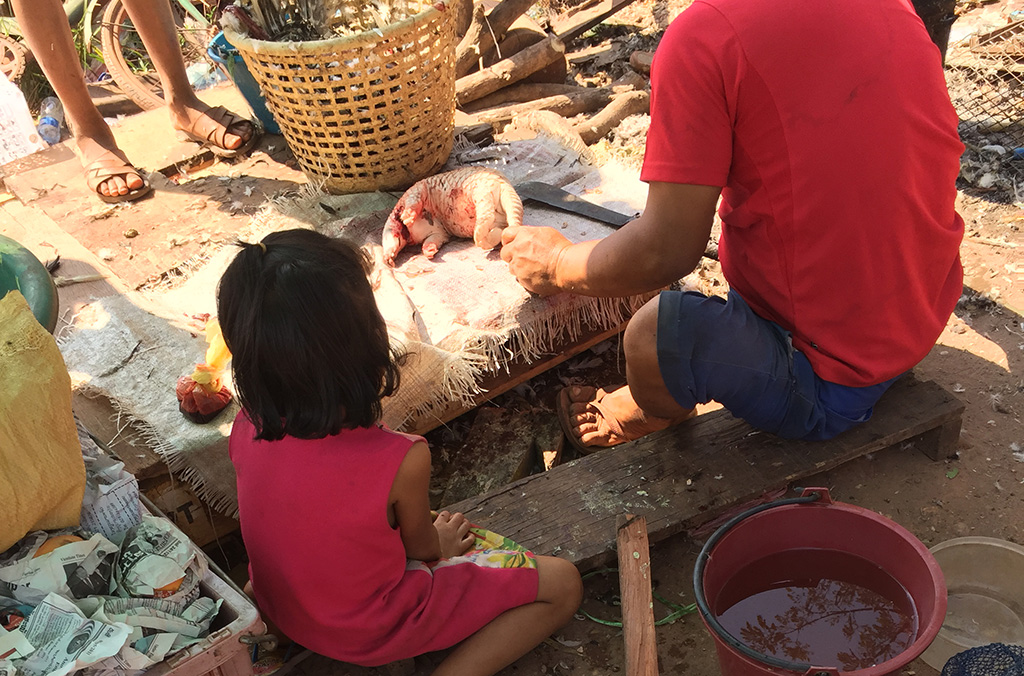 5.    More investigations: the past decade has seen a significant increase in the volume of wildlife crime investigations pursued by the global law enforcement community via INTERPOL.  As police forces become aware of the serious crime groups involved in wildlife crime, they turn to INTERPOL to carry their investigations beyond their borders. Countries have requested a wide range of INTERPOL notices over the past decade, either seeking the arrest of suspected wildlife fugitives or alerting to emerging threats and new trends.

7.    Wildlife forensics: Getting sufficient evidence can be difficult with wildlife crime, which is why INTERPOL has spent a decade exploring new forensic solutions, integrating them into training and investigations.  The evidence stored on criminal’s mobile devices – photographs, GPS information, incoming and outgoing phone calls- is precious evidence for investigations and prosecutions.  DNA sequencing, fingerprint analyses and facial recognition are used today to determine the identity of poached or illegally traded wildlife products, or to identify the species, geographic origin, relatedness, individual identity and age of samples.

8.    Dismantling the networks: The last ten years have seen a clear investigative shift from low level poachers and traders to identifying the key individuals and networks behind the global trade.  Boosting the sharing of crime intelligence over the decade has enabled INTERPOL today to map out the majority of wildlife crime networks, enabling countries to target their members for prosecution.  INTERPOL investigative support has focused on the fact that wildlife crime networks engage in many crime areas simultaneously, using the same routes to transport wildlife contraband as they do to traffic people, firearms or drug and other prohibited goods.  INTERPOL-led investigations and operations have helped to build evidence against the people who lead the smuggling syndicates resulting in the dismantling of several organized crime groups.

9.    Bird’s eye view of emerging threats:  With criminals constantly changing the way they work, INTERPOL has monitored the wildlife crime landscape closely for the past decade to ensure the global law enforcement community can address emerging threats effectively. The trade in wildlife and wildlife products is currently moving online, particularly social media platforms, to advertise and sell wildlife, and INTERPOL is delivering tailored training to help the global police community adapt and strengthen online investigative skills.

10.    Iconic operations: INTERPOL has coordinated more than 50 regional and global wildlife crime operations over the past decade.  The intelligence-led operations have helped identify trafficking hotspots and criminal targets, while   ensuring the seizure of protected wildlife products ranging from live big cats and primates to reptiles, birds and derived merchandise such as clothing, beauty products, food items, traditional medicines and handicrafts.

Since its first leg in 2017, the ‘Thunder’ series of INTERPOL operations has seen more than 7000 seizures of protected wildlife and forestry species and the arrest of more than 3,500 offenders.  Thunder operations are coordinated with the World Customs Organization. 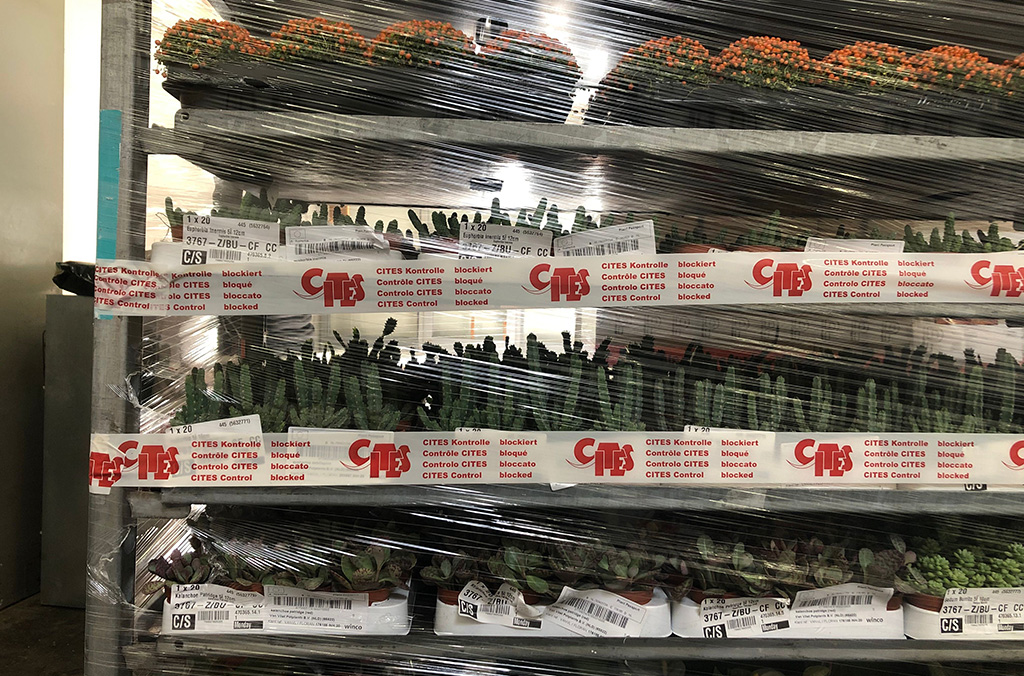 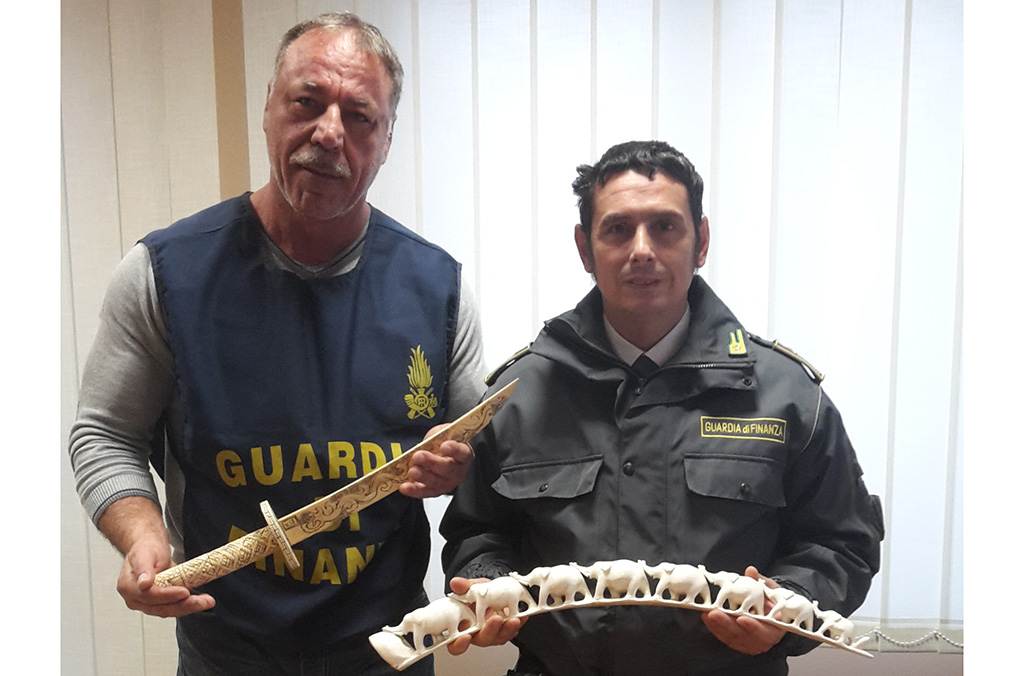 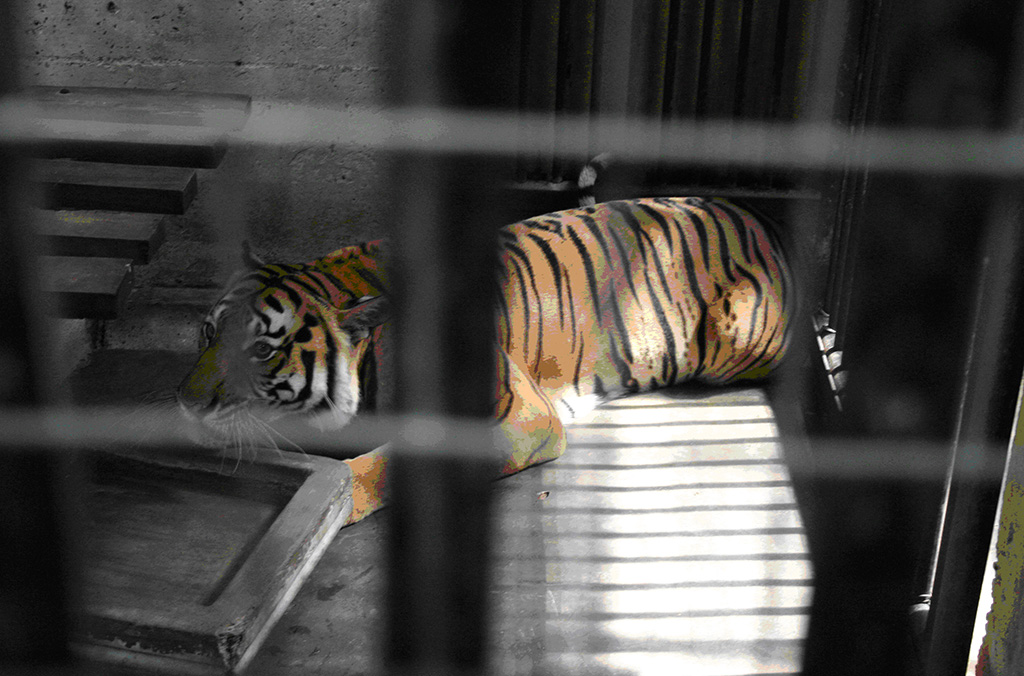 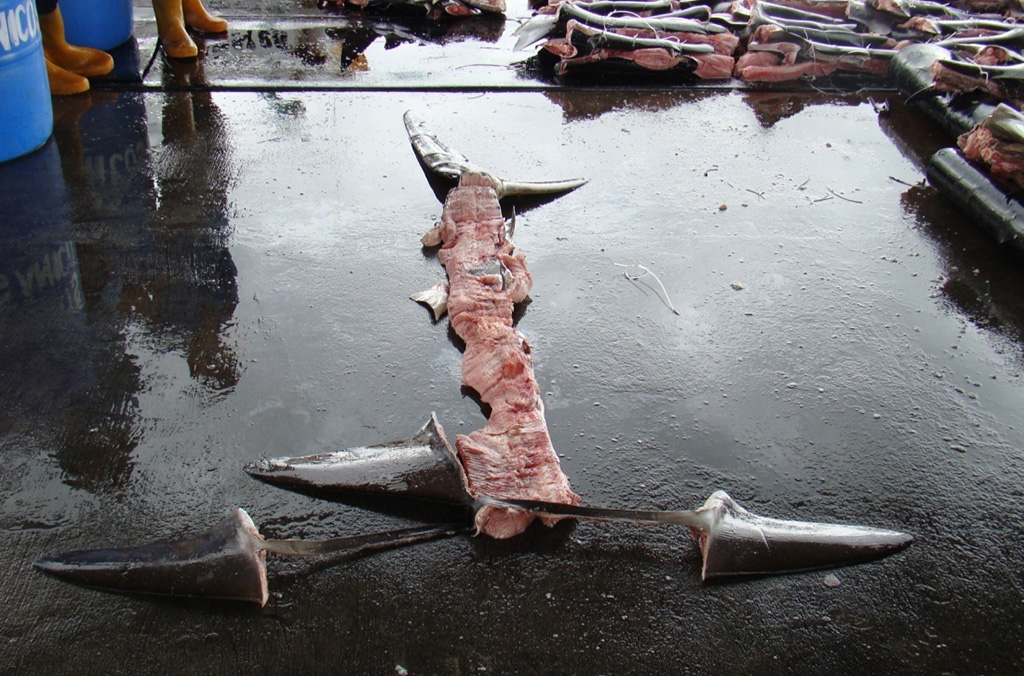 INTERPOL’s intelligence-led operations target specific cargoes of suspected protected species, such as the hammerhead shark which is highly valued on illegal markets for its fins 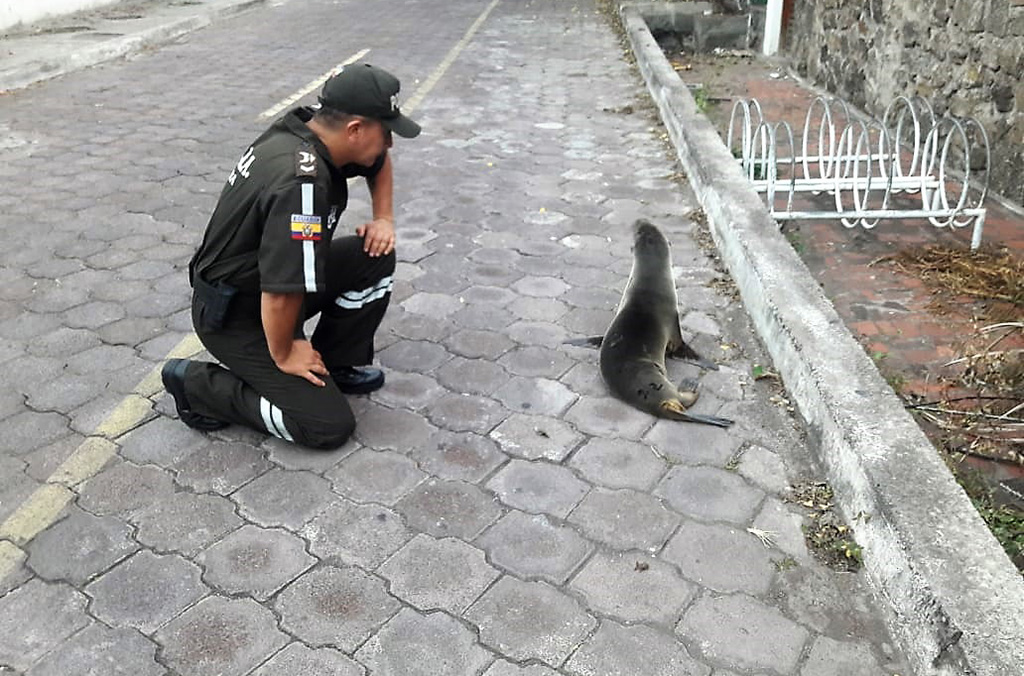 Since its first leg in 2017, the ‘Thunder’ series of INTERPOL operations has seen the seizure of more than 7,400 wildlife and forestry species 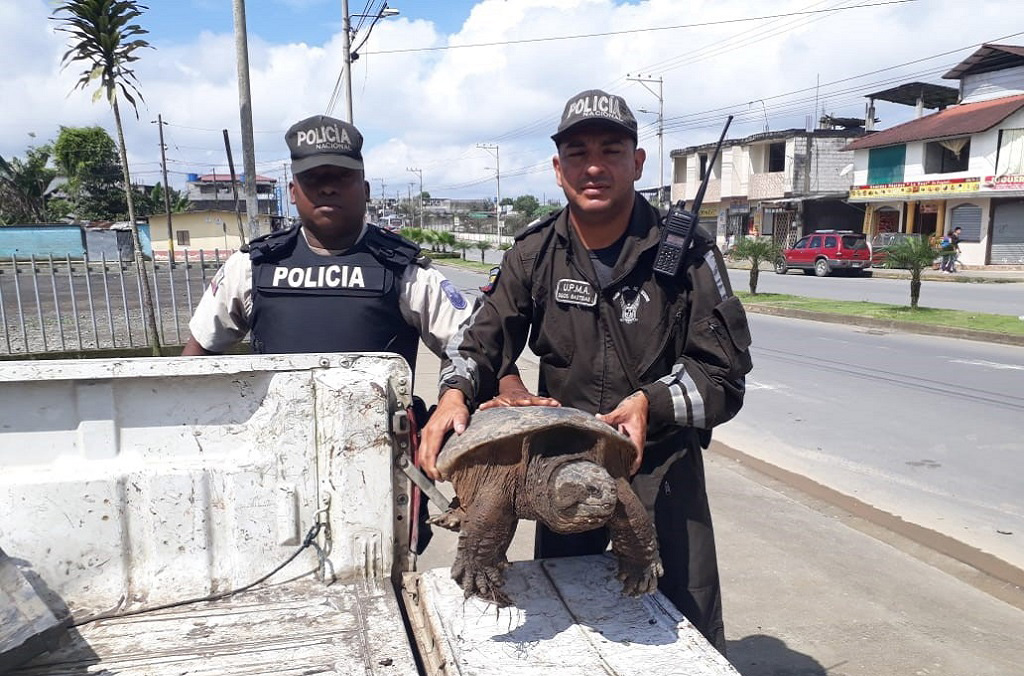 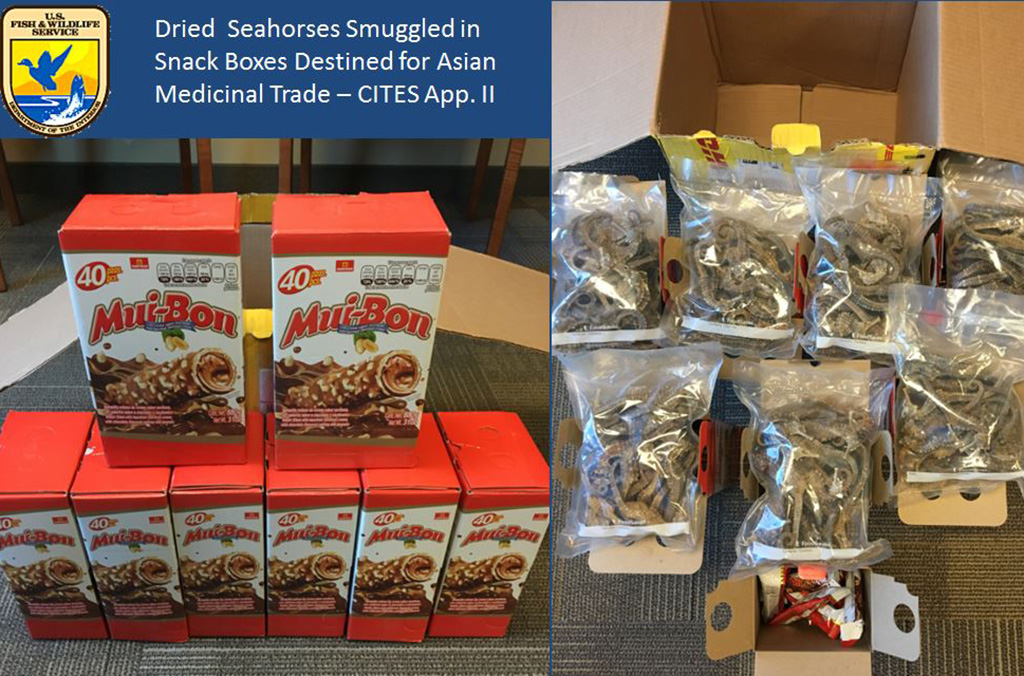 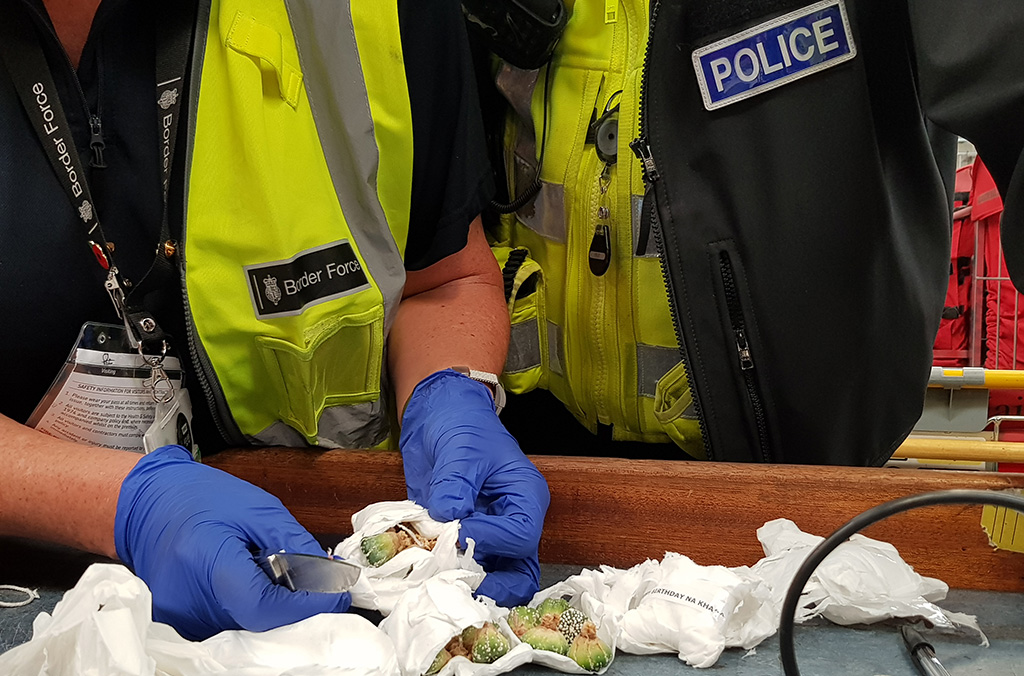 Since its first leg in 2017, the ‘Thunder’ series of INTERPOL operations, which are co-led with the World Customs Organization - has seen the arrest of more than 3,500 offenders 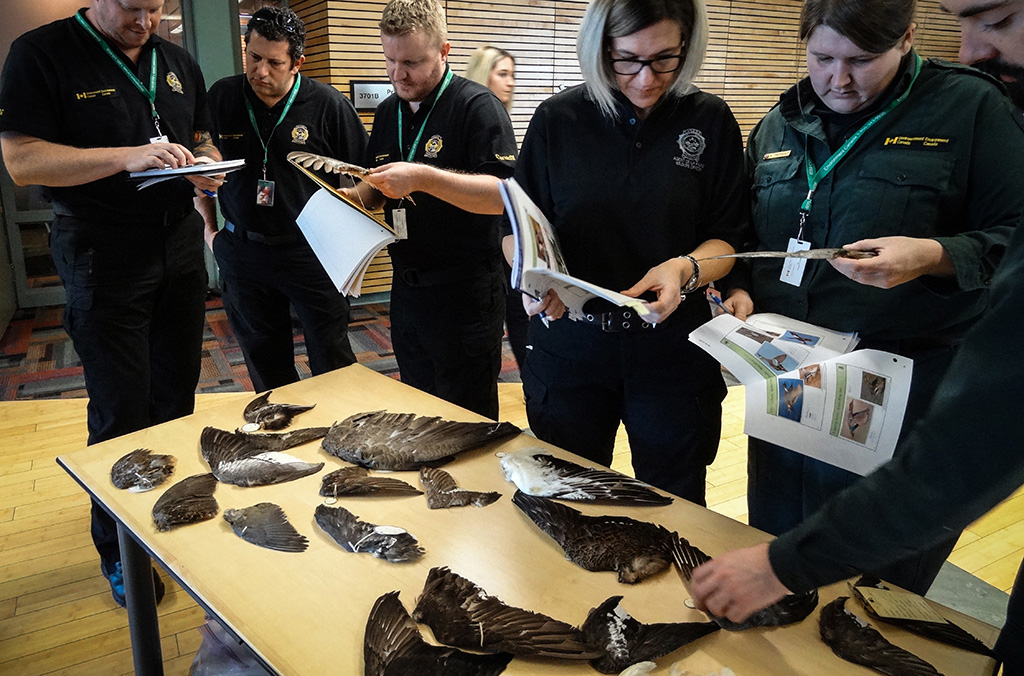 INTERPOL recognizes the importance of strong partnerships in developing a coordinated response to wildlife crime.  Our activities against wildlife crime are all externally funded and dependent on sustainable partnerships.

We would particularly like to acknowledge the valuable support from our Wildlife  Crime Working Group (WCWG) and our partners and encourage other national, regional and international stakeholders and the wider international donor community to support our vital work to stop organized crime affecting our environment.

Follow us for more about a decade of tackling forestry crime: 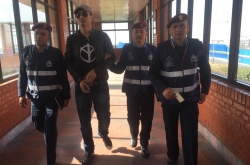