Nepal sits on the Himalayas landlocked between four countries, making it a source and transit country for crime groups smuggling illicit merchandise from Asia to other regions and continents.

Located on one of the most active wildlife trafficking routes in the world, Nepal is home to many endangered iconic animals, including the royal Bengal tiger, red panda, snow leopard, musk deer and indigenous rhinoceros.

The international characteristics of these crimes and their links with crime networks around the world make the role of the INTERPOL National Central Bureau (NCB) in Nepal fundamental to maintaining national and regional security.

NCB Kathmandu plays a central role in preventing the country and surrounding region from serving international organized crime. By providing globally-sourced intelligence about regional crime trends, the NCB helps police officers across Nepal to detect and investigate the flow of illicit goods along trafficking routes in and around the country.

Headed by the Inspector General of Police and staffed by more than 10 police officers, NCB Kathmandu is a regular partner in INTERPOL-led global police operations. It is also Nepal’s gateway to wildlife investigations and specialized police units in the Himalayan region and beyond. This outreach has been key to its renowned wildlife protection efforts.

To boost national security and investigations, NCB Kathmandu has given the Tribhuvan international airport, the Special Bureau, and the Central Investigation Bureau access to INTERPOL’s criminal databases. This enables police there to quickly determine if a person is a potential security threat.

Law enforcement services in Nepal are provided by the Ministry of Home Affairs.

An Inspector General of Police heads Nepal’s Police Force which operates in seven policing provinces across Nepal, as well as the Metropolitan Police. Each region is responsible for maintaining law and order within its territory.

To counter the growing threat of cybercrime, the Nepalese Police has established a specialized Central Cyber Bureau. It identifies emerging threats and new methods for overcoming them. The Bureau is headed by the Deputy Inspector General of Police and works in close collaboration with NCB Kathmandu and the Human Trafficking Bureau. 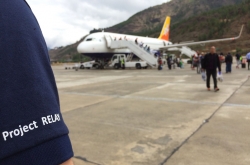 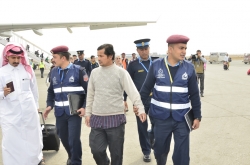