BERLIN – Ronald K. Noble has been appointed by delegates at the 74th INTERPOL General Assembly to serve a second five-year term as the organization’s Secretary General unanimously.

Mr. Noble was appointed to his first term as Secretary General in November 2000. At the 2004 INTERPOL General Assembly in Cancun, Mexico, he was nominated unanimously by the Executive Committee as their candidate for a second term in the post. Under INTERPOL’s constitution, this nomination had to be put to a vote at the 2005 General Assembly in Berlin.

The Executive Committee which nominated Mr. Noble for a second term was made up of senior police representatives from Cameroon, Chile, Egypt, France, Italy, Japan, Latvia, Lebanon, Mexico, South Africa, the United Kingdom and the United States. INTERPOL currently has 184 member countries and voting to confirm the appointment of the Secretary General is carried out on a one-country, one-vote basis.

The vote by the General Assembly, INTERPOL’s supreme governing body representing the wishes of its member countries, was a recognition and endorsement of Mr. Noble’s priorities and policies and the results achieved under his leadership.

Following his confirmation in Berlin, Mr. Noble thanked delegates for their overwhelming endorsement and promised to continue to move INTERPOL forward in order to help member countries combat international crime.

‘INTERPOL is a story of commitment to an ideal, a vision seen through the eyes of police of how the world should work,’ Mr. Noble said. ‘I have been living this story every day for the past five years. The substantial achievements we have made in that period are proof the ideal of INTERPOL is working and that INTERPOL is succeeding in its mission to make the world a safer place.’

INTERPOL President Jackie Selebi said: ‘I know Ronald Noble to be a tireless worker, a leader and a visionary who is deeply committed to the goals of INTERPOL. We have in Ronald Noble someone who is capable of handling the enormous task of leading this organization while at the same time raising the awareness of INTERPOL in the international community.’

Mr. Noble has verseen a number of key changes and new projects in the evolution of the world’s largest international police organization since 2000.

Under his leadership, a Command and Co-ordination Centre, in operation 24 hours a day, seven days a week, was established to provide immediate support to police around the world. Incident Response Teams were deployed to the sites of terrorist attacks and natural disasters such as the tsunami which struck Southeast Asia on 26 December 2004.

The world’s largest secure police communications system has been installed in 168 of INTERPOL’s 184 member countries in less than three years, with the remaining countries due to be connected by the end of 2005. More fugitives have been arrested by INTERPOL National Central Bureaus over the past five years than at any time in the organization’s history.

The United Nations, G8 and several regional ministerial bodies have endorsed a number of INTERPOL initiatives, such as the stolen travel documents database, a crisis support group, an automated database for images of sexually exploited children, and the introduction of the new INTERPOL Orange Notice, which warns police and public institutions about potential threats posed by disguised weapons and terrorists’ modus operandi.

Ronald K. Noble was first elected to the position of Secretary General of INTERPOL in November 2000 at the 69th General Assembly in Rhodes, Greece.

Secretary General Noble has extensive international law enforcement expertise, including service in both the US Department of Justice (1984-1989) and Department of the Treasury (1993-1996). In addition to appointments as Assistant US Attorney and Deputy Assistant Attorney General, he was Chief Law Enforcement Officer in the US Treasury Department between 1994 and 1996. In this position he was responsible for overseeing some of the largest law enforcement agencies in the United States, including the Secret Service, Customs Service, and Bureau of Alcohol, Tobacco and Firearms.

A former member of INTERPOL’s Executive Committee, Mr. Noble is also a former President of the 33-member Financial Action Task Force, the anti-money laundering organization established by the G7 in 1989.

A Professor of Law at New York University School of Law, Mr. Noble holds a Juris Doctorate degree from Stanford University Law School and a bachelor’s degree in Economics and Business Administration from the University of New Hampshire. 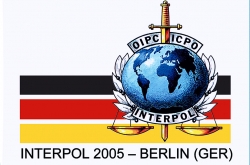