ISCHIA, Italy – A meeting of the G7 Interior Ministers has ended with calls for enhanced use of INTERPOL as a global platform for enhanced information sharing on foreign terrorist fighters (FTFs) . 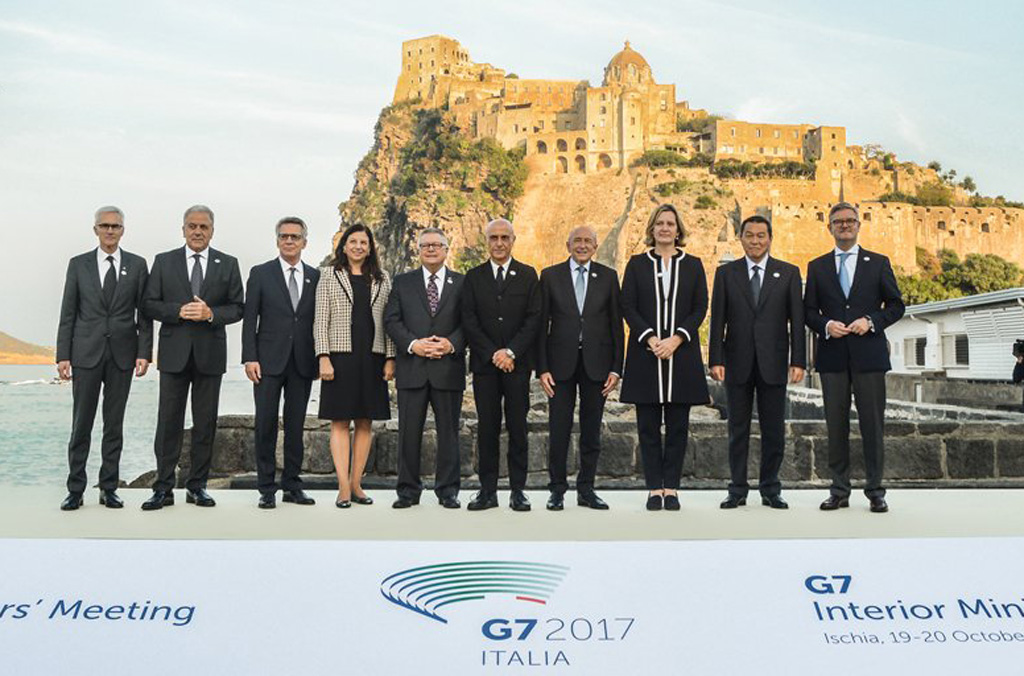 INTERPOL currently holds details of nearly 40,000 FTFs, with an increasing amount being sourced from the conflict zones, making it the world’s largest repository of such information which could prove vital in identifying returnees.

Highlighting the military pressure on Da’esh and the completion of the liberation of Da’esh-held territories, the G7 Interior Ministers supported the role of INTERPOL as a conduit for the exchange of criminal information, including biometric data and other information collected from the battlefield.

INTERPOL pioneered military-to-law enforcement information exchange, starting in 2005 with Project Vennlig in Iraq, and later in Afghanistan through Project Hamah.

Developed to undermine terrorist groups, prevent and interdict fighters travelling to and returning from conflict zones and assess their risk profiles, the projects supported a large number of successful investigations and related arrests.

“INTERPOL has significant experience and expertise in ensuring information on foreign terrorist fighters gathered from conflict zones is put into the hands of law enforcement officers, who can be the last line of defence in preventing an attack,” said INTERPOL Secretary General Jürgen Stock.

“Providing frontline officers with access to INTERPOL’s I-24/7 communications system and global databases can act as an ‘early warning system’ against terrorists and crime threats and help close potential loopholes for terrorists,” added the INTERPOL Chief.

Just last month, matches made via INTERPOL’s database led to multiple arrests of suspected foreign terrorist fighters in North Africa and within the European Union.

Mr Stock also underlined INTERPOL’s commitment to supporting the G7’s objective of preventing and countering terrorist misuse of the Internet.

In this respect, the INTERPOL Chief welcomed the Ministers’ call  to explore the design and implementation of a global law enforcement platform hosted by INTERPOL to collect and exploit terrorist content, leveraging referrals from industry and national authorities, in support of investigations and prosecutions.

In their joint declaration the G7 Ministers also said they will ‘support the role of INTERPOL as a global platform for the exchange of criminal information, the sharing of lost and stolen travel document data, and the systematic screening of international travellers, including biometric information and data collected on the battlefield; and commit to encourage all States to enhance the use of its databases’.