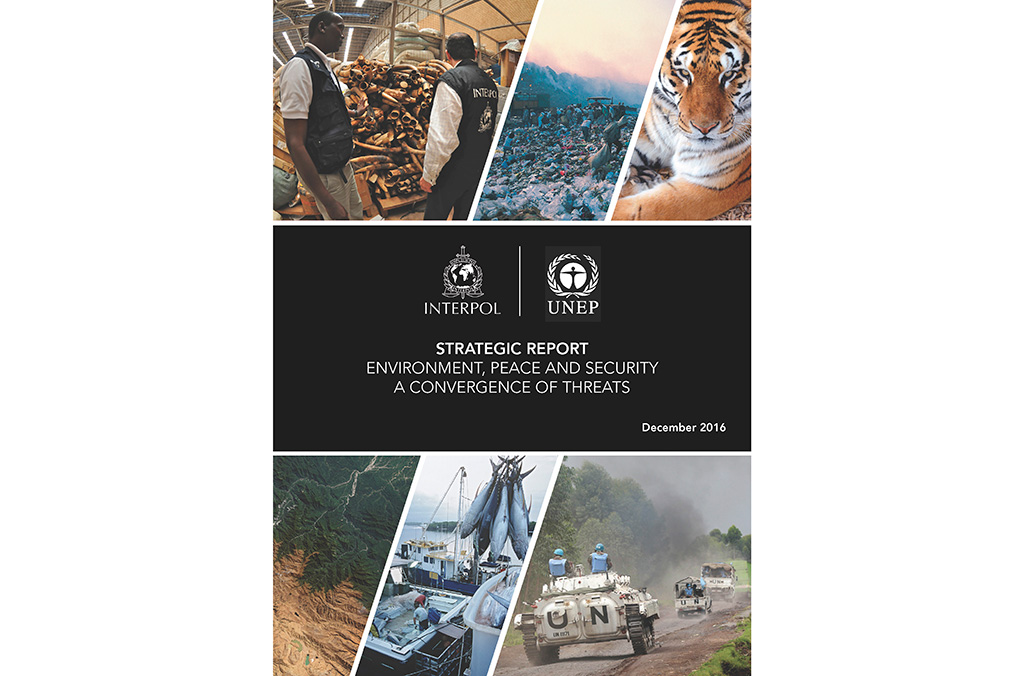 INTERPOL and UN Environment surveyed close to 70 countries for their new joint report, ‘Environment, Peace and Security – A Convergence of Threats’, released today at the Law, Justice and Development Week 2016 hosted by the World Bank in Washington DC.

The report focuses on the links between global environmental crime, valued at USD 91 – 258 billion annually, and other criminal activities, including organized crime and terrorism.

In addition, 84 per cent reported a convergence with other serious crimes, such as corruption (42 per cent), counterfeiting (39 per cent), drug trafficking (36 per cent), cybercrime (23 per cent) and financial crime (17 per cent).

INTERPOL Secretary General Jürgen Stock said: “Environmental crime is transnational in scope and insidious in nature. It robs governments of much-needed revenues, people of their livelihoods, and communities of peace and security. The international community needs to support a comprehensive approach by following rhetoric with action, policy with implementation and law with enforcement.”

The report found that some non-state armed groups, terrorist groups and criminal networks fund their activities by exploiting natural resources in conflict areas, posing a serious threat to peace and security. It is estimated that at least 40 per cent of internal conflicts have a link to natural resources.

“The time has come to meet the threat of environmental crime with a coordinated response from member states, international organizations and the United Nations. Such a response must address the need for improved information sharing, enhanced protection of civilians, better law enforcement and a deeper understanding of the drivers of conflicts,” said Erik Solheim, Under-Secretary-General of the United Nations and Head of UN Environment.

With environmental crime sometimes viewed as an alternative to poverty for low-income populations, their needs are exploited by criminal groups which rely on them for activities, such as illegal poaching, logging, fishing or mining.

The report recommends, among others: a multidisciplinary approach to tackling environmental crime; greater information exchange across sectors; increased focus on the implementation of environmental policy; and stronger financial support including through Official Development Assistance.

The report’s publication follows the resolution adopted at the 71st session of the UN General Assembly in November which calls for enhanced cooperation between the UN and INTERPOL against transnational crime and terrorism.