Drug trafficking affects all parts of the world as either source, transit or destination regions.
Criminals are creative

This international trade involves growers, producers, couriers, suppliers and dealers. It affects almost all of our member countries, undermining political and economic stability, ruining the lives of individuals and damaging communities. The end-users and addicts are often the victims of a powerful and manipulative business.

Drug trafficking is often associated with other forms of crime, such as money laundering or corruption. Trafficking routes can also be used by criminal networks to transport other illicit products.

As criminals devise ever-more creative ways of disguising illegal drugs for transport, law enforcement faces challenges in detecting such concealed substances. In addition, new synthetic drugs are produced with regularity, so police need to always be aware of new trends and products on the illicit market. 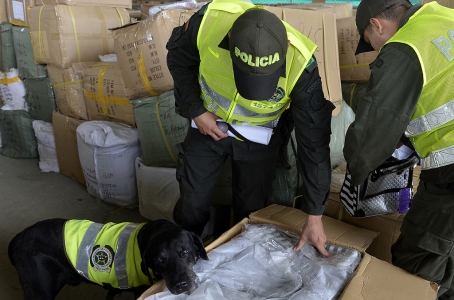 We share intelligence and provide insight into drug trends

With a focus on justice, we support countries to counter crimes on cocaine trafficking routes.