Countering terrorism and transnational crime in South and Southeast Asia

Project Scorpius was a two-year (2017-2019) capacity building initiative for law enforcement agencies in South and Southeast Asia aimed at preventing and disrupting terrorism and related transnational crime. It was jointly funded by INTERPOL and the Government of Canada.

The project began with an assessment of the challenges the countries encounter in their daily police work and how best INTERPOL can assist them in the future.

Through a combination of questionnaires and assessment visits, Project Scorpius identified the key areas where INTERPOL could provide the most relevant support to each beneficiary country. This allowed the project to develop tailored capacity building interventions focusing on the real needs of police and judicial authorities on the ground.

Investigative workshops provide the practical skills required to prevent, detect and investigate criminal and terrorist activities, enhancing the capability of countries to:

Training courses focused on different areas of need identified during the assessment phase, including:

Analytical workshops provide the practical skills required for officers to effectively analyze criminal and terrorist activities, so they can:

A criminal intelligence analysis training course hosted by the Bangladesh Police Force in 2018 brought together more than 20 counter-terrorism and intelligence officials from nine countries. It looked at the methodologies for the prevention, detection and investigation of terrorism and related transnational crime.

Another course held in Japan in 2019 with the support of the Internet Corporation for Assigned Names and Numbers (ICANN) focused on conducting online investigations into terrorism and transnational crime, where officers from the beneficiary countries learned how to identify online abuse of the Domain Name System (DNS), and malicious registrations of domain names, addresses or hosting. 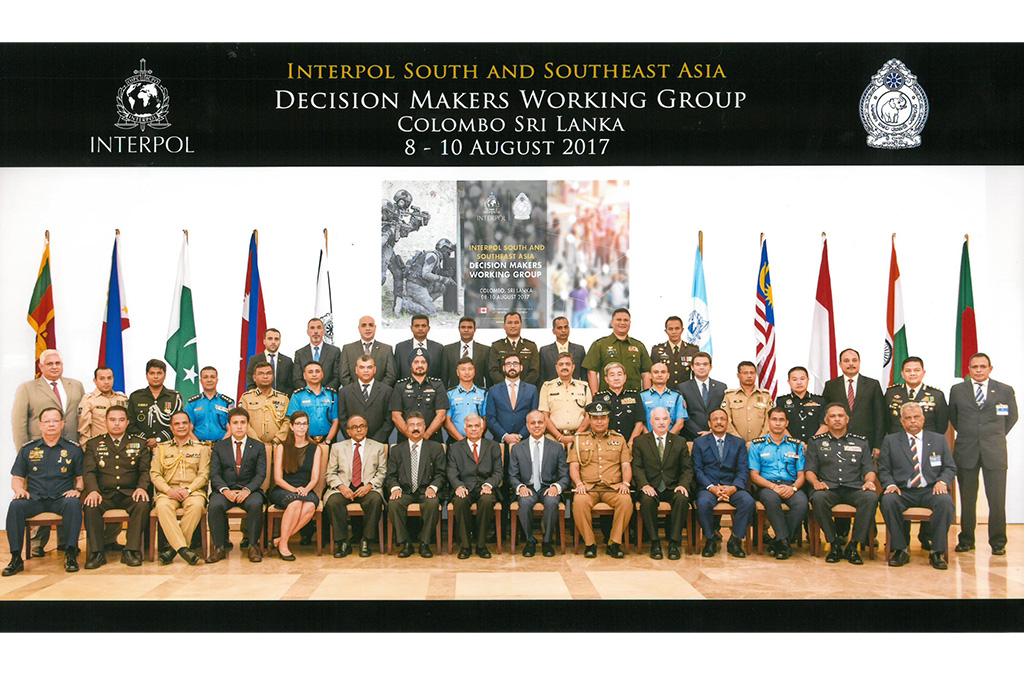 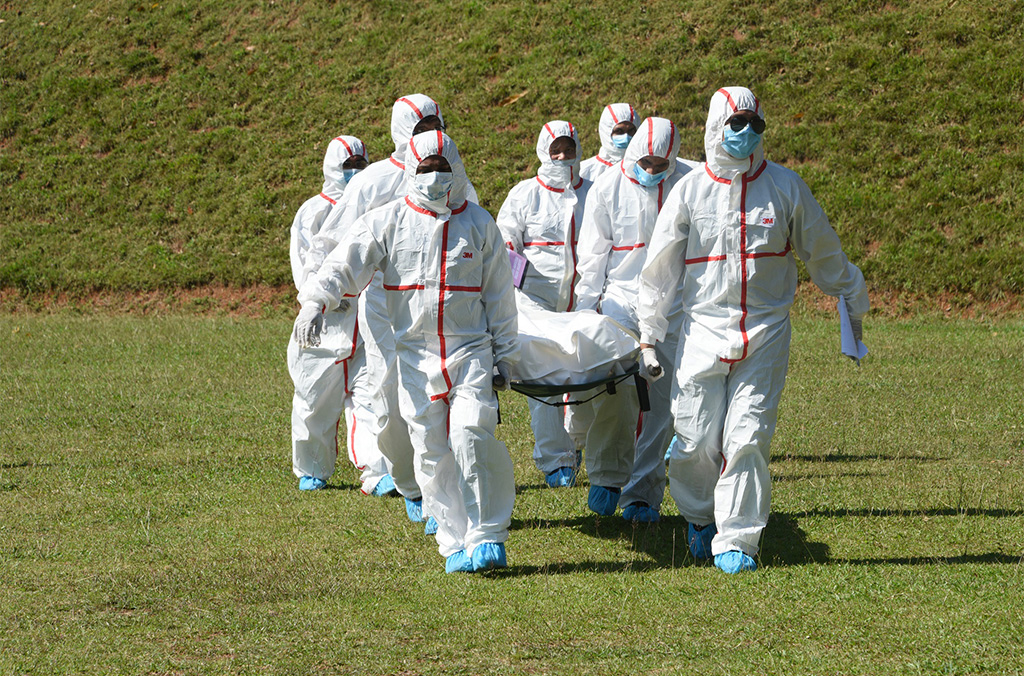 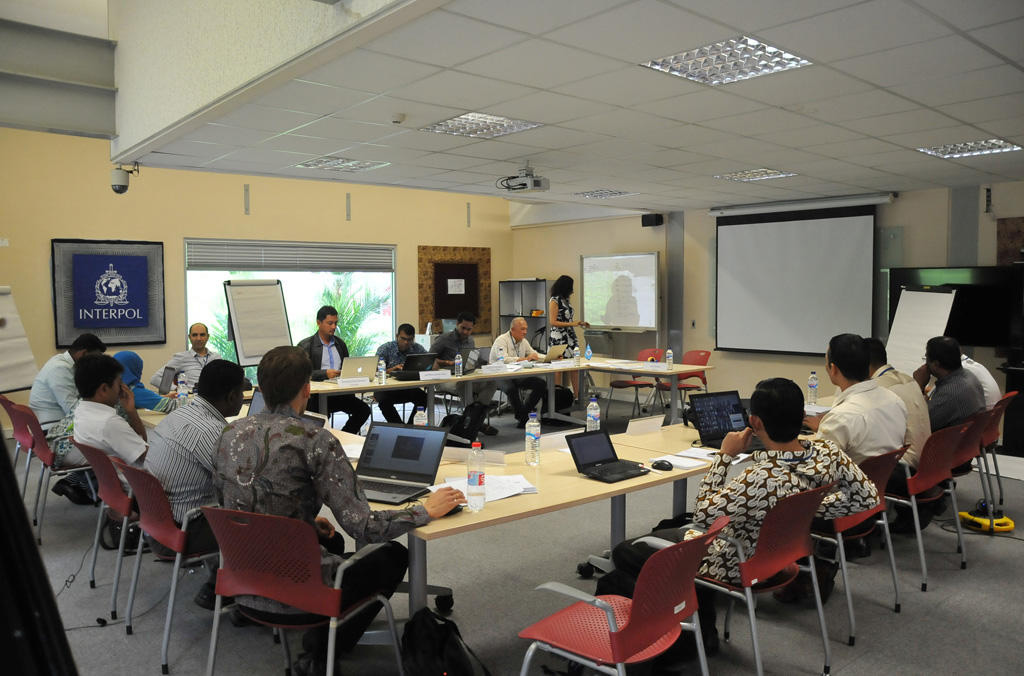 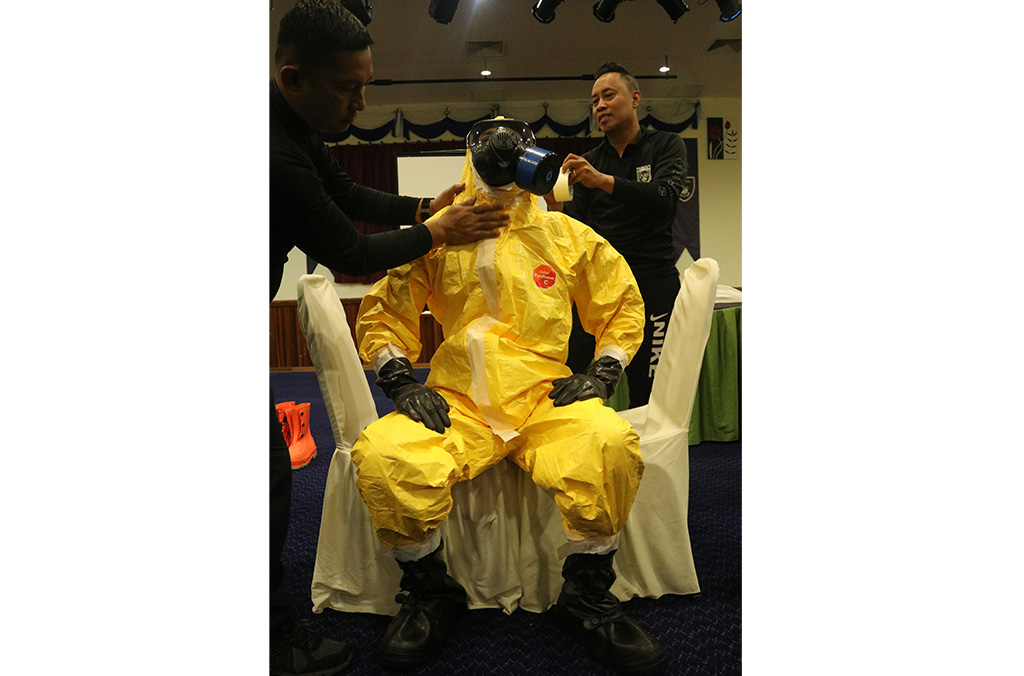 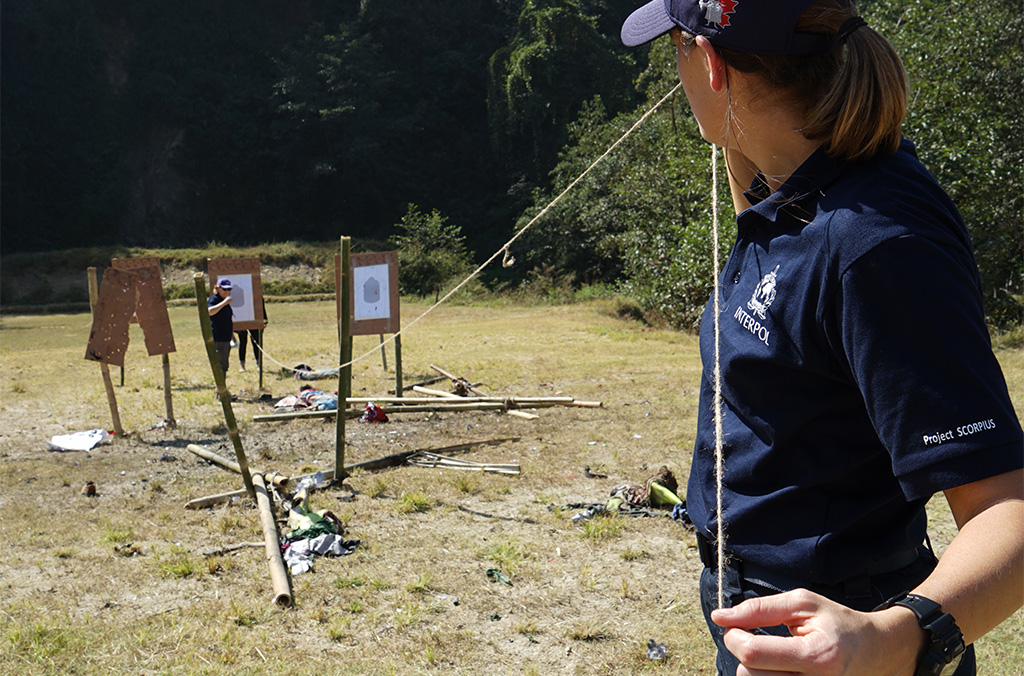 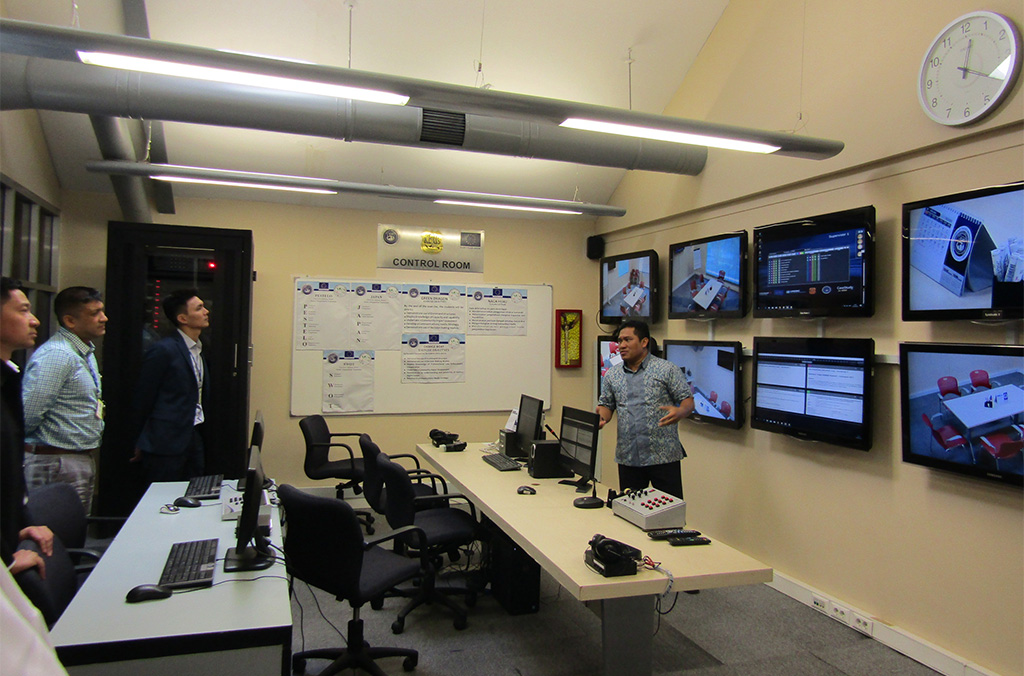 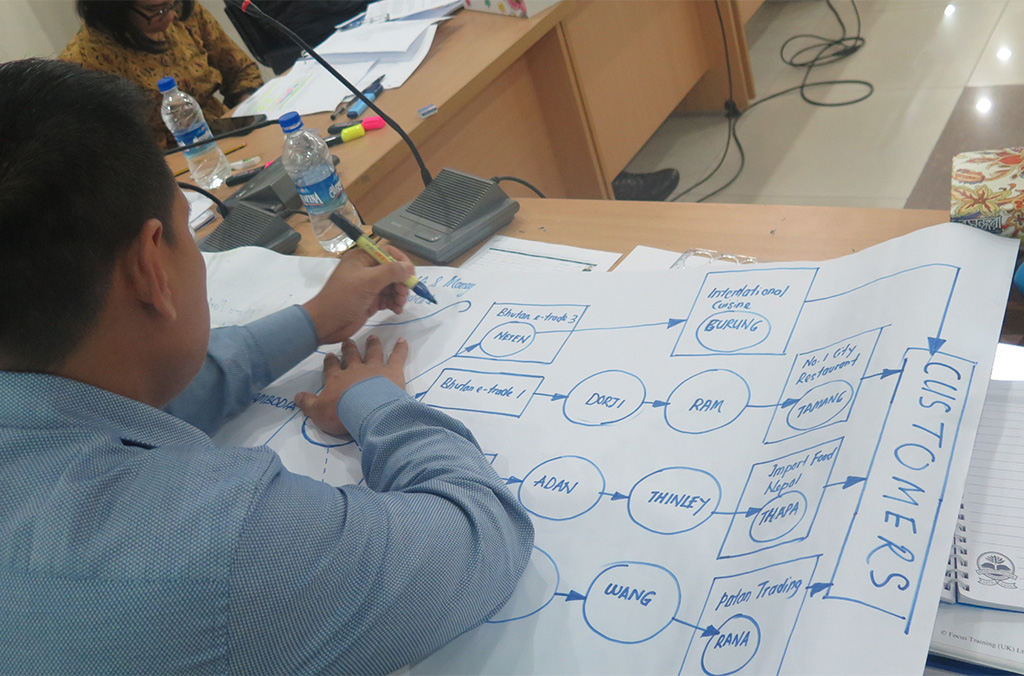 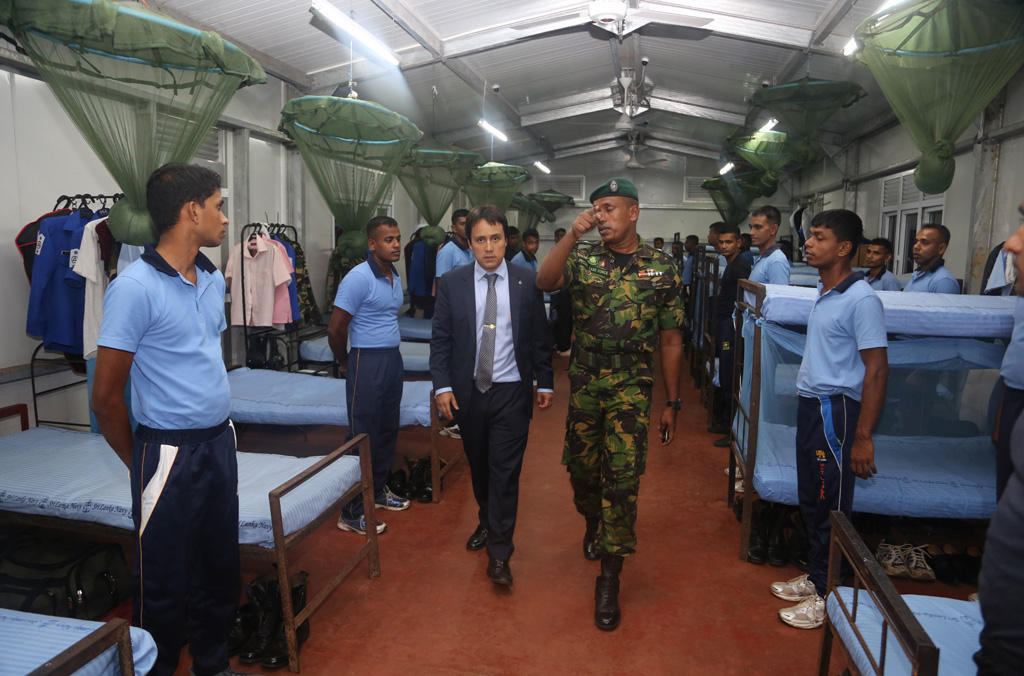 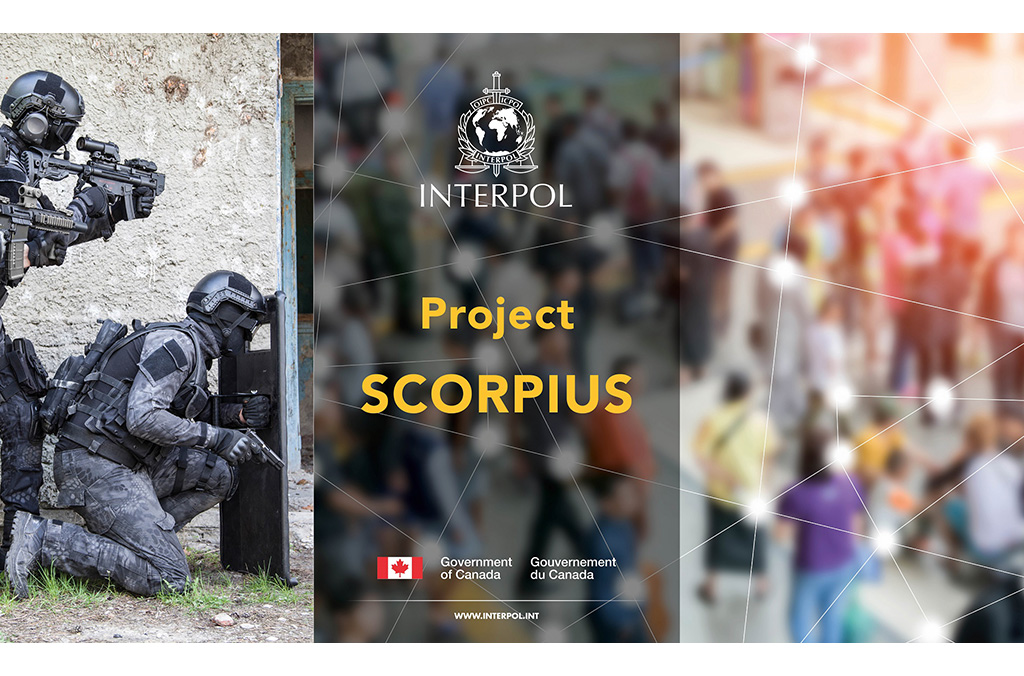 Involving prosecutors in its activities was a key objective of Project Scorpius, to ensure that the judicial systems in the beneficiary countries were also equipped with the knowledge and skills to counter terrorism and transnational crime. Prosecutors were consulted alongside law enforcement agencies during the needs assessment phase, and several training courses were developed especially for their benefit, including a mock court preparatory meeting and a course on the application of INTERPOL’s policing capabilities to counter-terrorism investigations.

INTERPOL’s first fully online training course, the INTERPOL E-Evidence Boot Camp, was developed as part of the project. The course provided an introduction to digital investigations and forensics to help law enforcement officers, judges and prosecutors understand digital evidence and how it can be used in prosecutions.

The importance of respecting human rights in all law enforcement and judicial actions also received significant focus during Project Scorpius. Human rights considerations were taken into account when planning and designing during the planning of all activities, and an online e-learning course on human rights considerations for law enforcement will be made available for all member countries in 2020.

National police academies offer a ready-built infrastructure and networks of expertise for supporting police training activities, which is why we involved them during every step of the project. Their views were sought during the needs assessment, and training courses were held at police academies whenever possible to invest in the facilities of our member countries’ police.

We also brought together the heads of police academies in the Association of Southeast Asian Nations (ASEAN) and South Asian Association for Regional Cooperation (SAARC) countries to discuss increased collaboration and the implementation of new training efforts on counter-terrorism and cybercrime. 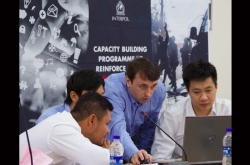