These were not formally all member countries, since at the time, membership of the ICPC was on an individual elected basis (generally Chiefs of police) not countries.

Although we are widely known as INTERPOL, our formal name is The International Criminal Police Organization-INTERPOL. It was created by the adoption of our Constitution on 13 June 1956 at the 25th General Assembly in Vienna.

The founding members are: 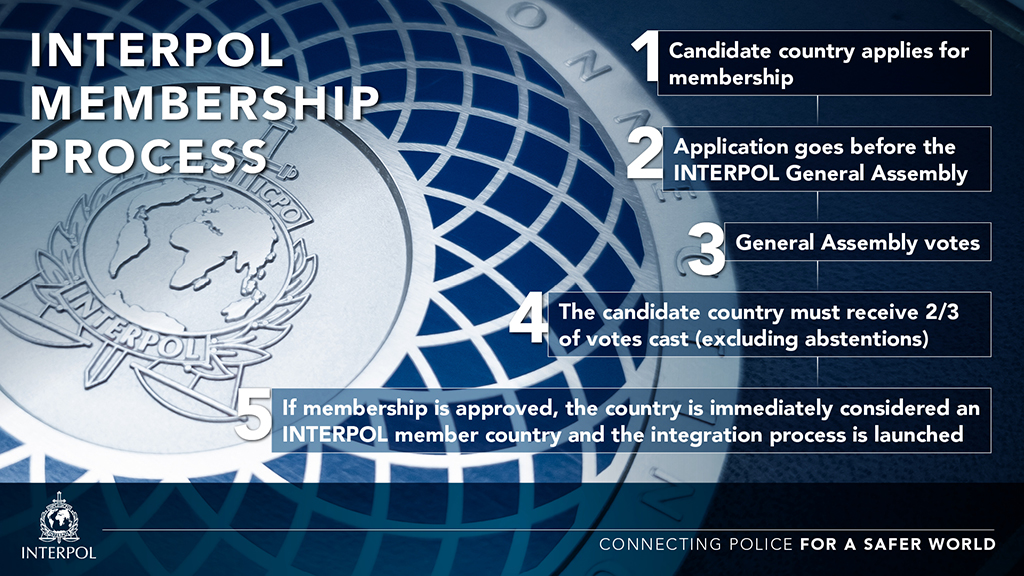 Article 4 of the INTERPOL Constitution sets out both the criteria and the process for becoming a Member of the Organization. In 2017, the General Assembly adopted Resolution GA2017-86-RES-01 interpreting Article 4 and clarifying both the process and criteria for membership.

Our membership has grown over the years, partially due to newly-created sovereign States joining the Organization, notably following a wave of decolonisation in the second half of the 20th Century and the end of the Cold War. 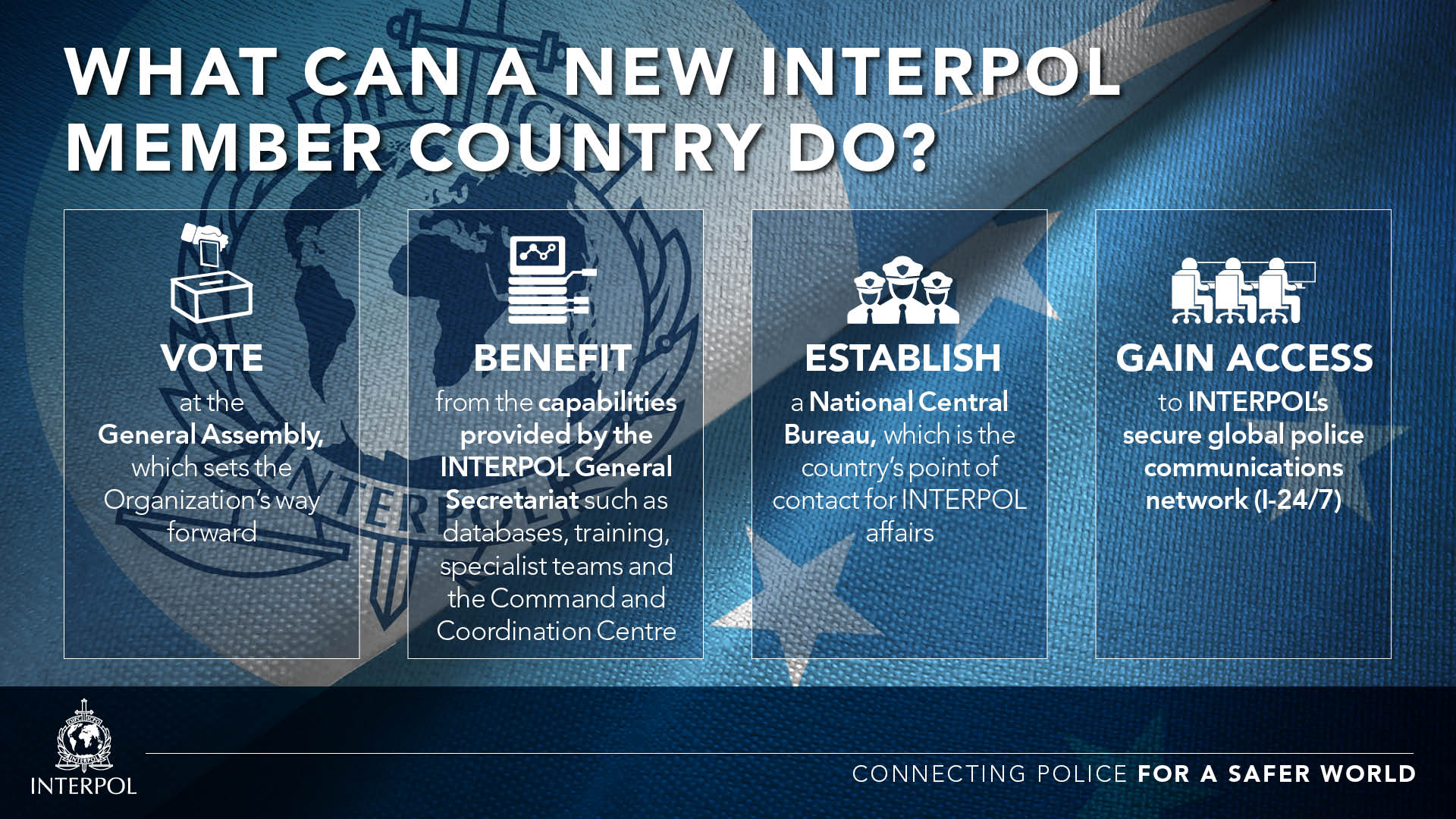