Three children have been rescued from a lifetime of violent sexual abuse thanks to cooperation between Ukraine and Brazil via INTERPOL.

BRASILIA, Brazil – In June 2018, INTERPOL’s Crimes Against Children unit was contacted by the Department of Cyber Police of Ukraine. A couple had just been arrested for the sexual abuse of their daughter, and seized devices showed a string of communications with other couples around the world who were also abusing their children.

While most people tend to think that child sexual abuse material is produced for sale, very often it is in fact used as a form of ‘currency’ within child sexual abuse networks. Abusers will use the material to gain notoriety or ‘trade’ for new, unseen photos and videos.

INTERPOL and ECPAT International published a joint report last year entitled Towards a Global Indicator on Unidentified Victims in Child Sexual Exploitation Material. The study revealed that only 8% of visible offenders were female.

In this instance, the group would trade in what is considered rare material featuring men and women abusing their own children.

Putting the pieces together

Police in Ukraine were able to trace one of the couples’ contacts back to Brazil and sent the information, along with a series of images, to INTERPOL.

The Organization’s Crimes Against Children unit then got to work uploading and comparing the material to others stored in INTERPOL’s International Child Sexual Exploitation Database (ICSE). Within weeks, a link was established between the material and unidentified footage found on the Darknet in 2016, depicting severe sexual abuse and torture of a young child and baby.

With new information in hand, INTERPOL referred the case to the Brazilian Federal Police’s Child Exploitation Unit. In May 2019, they arrested the Brazilian national and safeguarded his nine-year-old daughter. They also seized his devices, from which digital forensic analysis led to the identification of two female offenders involved in other instances of abuse with him. 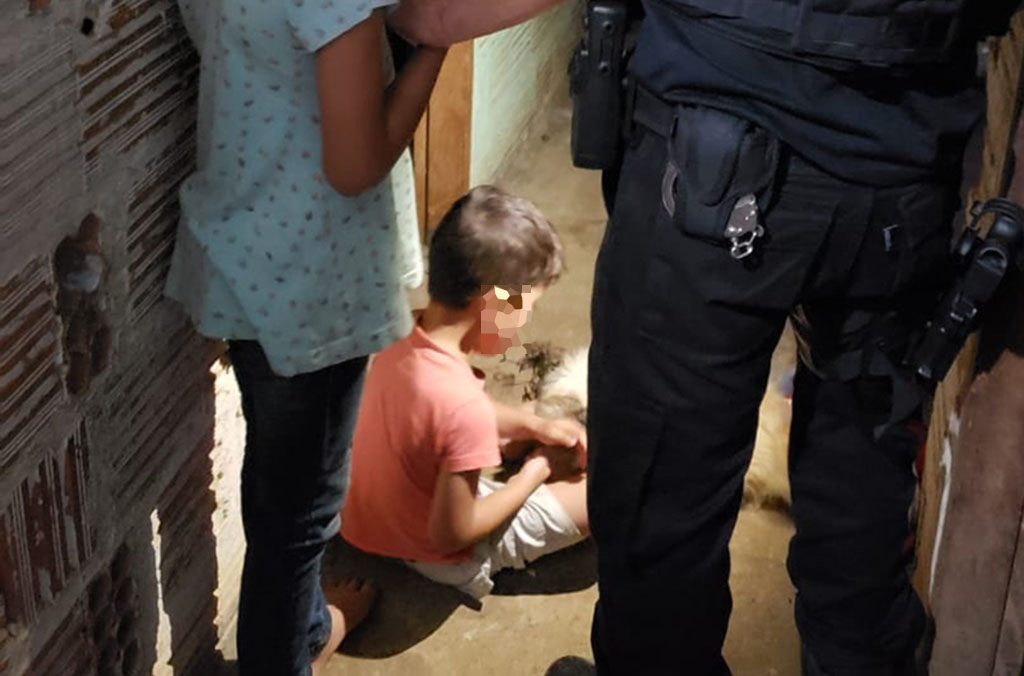 Last week, Brazilian police rescued the children abused in the 2016 footage, today aged four and nine, and arrested the two women. One of the women, the mother of both children, had taken great care to conceal her identity in the videos, demonstrating a clear intention to share the material while avoiding detection.

“This footage was of a particularly disturbing nature,” explains Jürgen Stock, INTERPOL Secretary General. “While these results are encouraging and show that our collective efforts have - so far - saved three children from horrific abuse, millions of photos and videos remain. It is painstaking work, but we will fight for these children.”

Investigations in Brazil are ongoing, with the analysis of newly-seized computers and mobile devices.

Rafaella Vieira Lins Parca, Head of Child Exploitation Unit at the Brazilian Federal Police, said, “Following a training course by INTERPOL last year, the Brazilian Federal Police set up a specialized task force. These arrests are a direct result of our focus on ICSE cases, and we look forward to the identification of more victims and criminals in the coming months.”

61 countries are connected to INTERPOL’s ICSE database, which has so far helped identify 21,000 victims worldwide.