Securing the world’s most high-profile events

LYON, France – International events, whether they are of political, cultural or athletic nature, pose many challenges for law enforcement. The increased border traffic, large crowds, VIPs, intense media exposure and opportunities for financial gain are just some of the elements which can attract criminal activity.

In 2019, INTERPOL worked closely with local authorities and law enforcement officials from 10 different countries to guarantee a safe environment for fans, athletes, artists, government representatives and the general public.

On site, IMEST team members supported national authorities and ensured they were able to make the best use of INTERPOL's databases. They facilitated real-time exchange of messages and vital police data between countries, including fingerprints, photos, wanted person notices, and data relating to stolen and lost travel documents and stolen motor vehicles.

The 10 IMESTs detected more than 200 potential threats, including:

For each match against INTERPOL’s databases, IMEST team members liaised with the Organization’s Command and Coordination Centre (CCC) and INTERPOL National Central Bureaus to ensure police on the ground were informed. 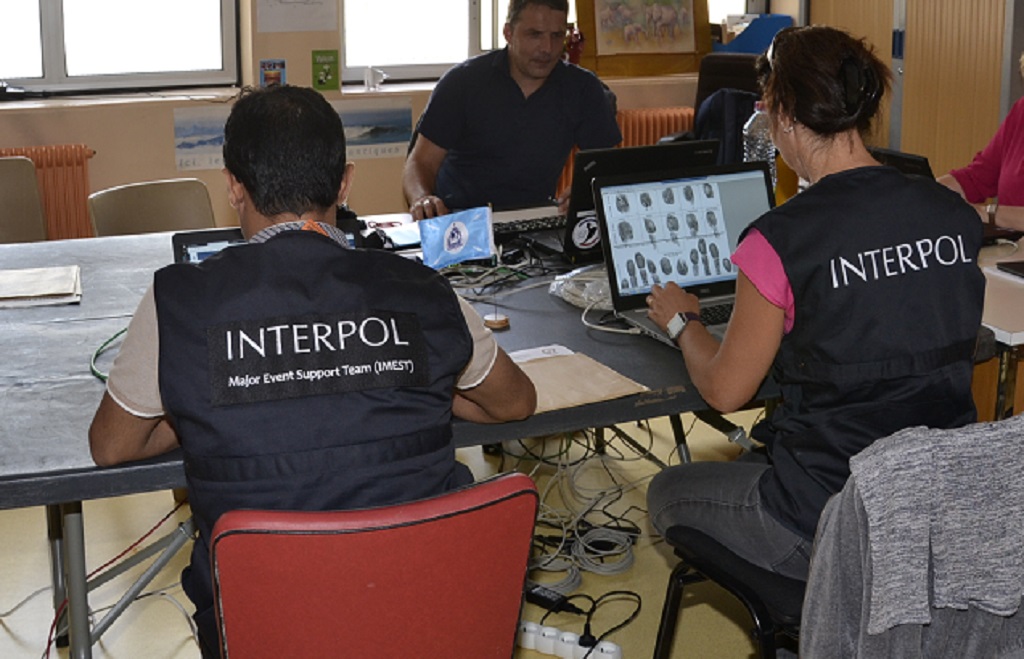 INTERPOL officers cross-check fingerprints during the G7 Summit in France. 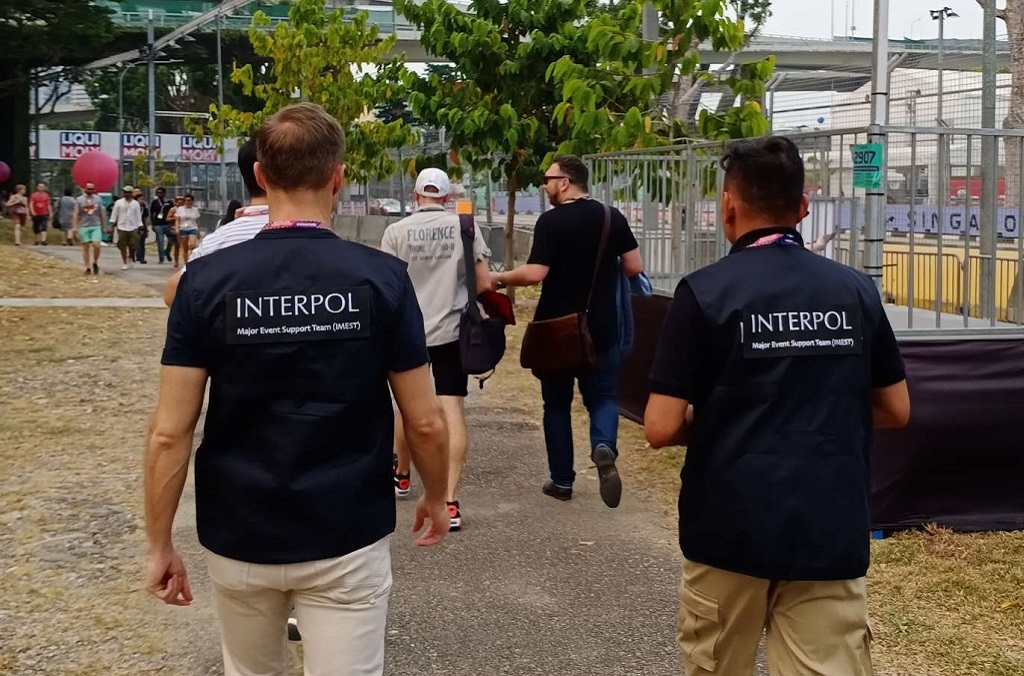 IMEST team members on the ground during the F1 Championship in Singapore.
IMESTs facilitate the real-time exchange of police data between countries.
/

The Command and Coordination Centre (CCC) provides 24/7 operational and communications support to NCBs in INTERPOL’s four official languages (English, French, Spanish and Arabic). It is therefore perfectly placed to oversee the deployment of IMESTS.

In total, 30 INTERPOL General Secretariat staff was deployed by the CCC, including operations specialists, regional specialized officers, and experts in biometrics, border management, counter-terrorism, explosive materials, firearms trafficking, information technology and integrity in sports. They all worked closely with the national authorities in the international police cooperation centers, airport security units, arenas or different city checkpoints set up during these events by the national authorities.

“Our role is to mobilize all of INTERPOL’s available resources to provide comprehensive support to NCBs and national authorities. We also cooperate with partner organizations as required. This approach is indispensable to help member countries meet their security objectives for major events.” Geir Gudmundsen, Assistant Director, Command and Coordination Centre

A major component of INTERPOL’s holistic approach major event support is capitalize on existing projects in the region. For example, INTERPOL’s Project Riptide, which aims to tackle foreign terrorist fighter movement in Southeast Asia, supported the IMEST for the Southeast Asia Games in Manila.

Another key example of this was the IMEST in Niger, which worked closely with INTERPOL’s G5 Sahel Project. The Project encourages the exchange of police information to prevent terrorist attacks in the region. The IMEST Niger also worked closely with Project Gemini, which focuses on training officers at the NCBs and on the ground – at border-control points in particular – on how to use INTERPOL’s databases. As a result, 24 Nigerian officers were trained on INTERPOL policing capabilities prior to the event.