Children are some of the most vulnerable members of our society and can be victims of various forms of violence.
Real not virtual

Images of child sexual abuse found on the web are not virtual; they are a crime involving real children and real suffering.

Sexual abuse and exploitation, trafficking, forced labour and abduction: these are just some of the dangers faced by children around the world today. At INTERPOL, we work to address those crimes that have an international dimension.

The global reach and anonymity of the Internet have greatly facilitated the distribution of child sexual abuse material, and access to it. Offenders can now produce, exchange and even direct live video of children – even babies - being abused. They can also come into direct contact with children via social networks and chat functions in games or apps.

The priority of our Crimes Against Children unit is to:

CrimesOur response to crimes against children

We work to block and remove the most explicit photos and videos of child sexual abuse from the Internet. 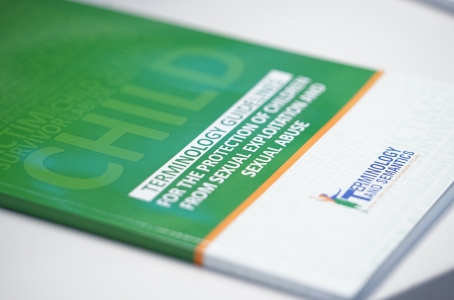 We encourage the use of appropriate terminology to avoid trivializing the sexual abuse and exploitation of children.

What you can doKeeping children safe online

Advice for parents and children on staying safe online.