There are several fundamental texts which make up INTERPOL’s legal framework.

Adopted in 1956, the Constitution is our main legal instrument. It establishes the fundamental rules and principles by which the Organization operates. It defines the structure and roles of each INTERPOL body together with our mandate, which is:

Four main principles established by the Constitution govern INTERPOL’s action in the execution of our mandate: National sovereignty; Respect for Human Rights; Neutrality; and Constant and active cooperation.

“It is strictly forbidden for the Organization to undertake any intervention or activities of a political, military, religious or racial character.” Article 3 of INTERPOL’s Constitution

The General Regulations supplement the Constitution and provide additional provisions with regard to the General Assembly sessions, the Executive Committee, the Secretary General, advisers and matters relating to finance and personnel.

The Rules of Procedure of the General Assembly and Executive Committee

These documents lay out in detail the rules that govern the sessions of the General Assembly and Executive Committee. This includes the preparation of the agenda, working documents, the conduct of sessions, points of order and procedural motions, decision-making and voting.

The ﻿Financial Regulations define how our budget is drafted and implemented, how our assets and funds are managed, and outline rules on procurement, accounts, management and audit.

The Statute of the Commission for the Control of INTERPOL's Files

The Commission for the Control of INTERPOL's Files (CCF) is an independent, impartial body, officially responsible for ensuring that the processing of personal data by the General Secretariat conforms to the applicable INTERPOL rules.

While the CCF’s functions are defined by INTERPOL’s Constitution, the Statute of the CCF defines its competence, powers, structure, functioning and procedures. 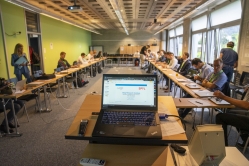 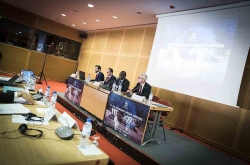 INTERPOL reviews its rules for the international exchange of criminal data 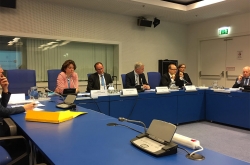 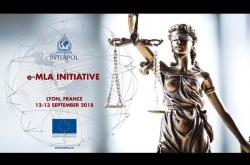