The idea of INTERPOL was born in Monaco at the first International Criminal Police Congress (14 to 18 April 1914). Officials from 24 countries discussed cooperation on solving crimes, identification techniques and extradition. 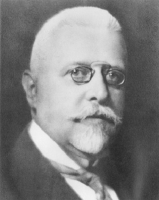 After the First World War, the idea of an international police body was revived by Johannes Schober, President of the Vienna Police. The International Criminal Police Commission was established in September 1923 with headquarters in Vienna.

The 4th General Assembly in Amsterdam adopted a Resolution that each member country should establish a central point of contact within its police structure; this was the forerunner of today's National Central Bureau.

By 1930, specialized departments were established to deal with criminal records, currency counterfeiting and passport forgery. Data was compiled and analyzed manually until the 1980s, when computerization of our records began.

New statutes were put in place creating the post of Secretary General. The first was Austrian Police Commissioner Oskar Dressler, who served until 1946. 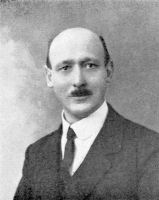 We launched our international radio network, providing an independent telecommunications system solely for the use of the criminal police authorities. By 1966, 34 countries had stations and our network carried more than 90,000 messages per year.

The Nazis assumed control of the International Criminal Police Commission after deposing President Michael Skubl. Most countries stopped participating and we effectively ceased to exist as an international organization. In 1942, under German control, the ICPC relocated to Berlin (see photo).

Belgium led the rebuilding of the Organization after the Second World War with a democratic process to elect the Executive Committee. The Headquarters moved to Paris, France. Pictured here, President Florent Louwage addressing the 15th General Assembly in Brussels.

In the same year, "INTERPOL" was chosen as our telegraphic address, a contraction of International Police.

The first Red Notice was issued for a Russian man wanted for murdering a policeman. The system of colour-coded notices was expanded over the years to cover other alerts but the Red Notice for wanted persons remains a key tool today.

The ICPC became the International Criminal Police Organization with the adoption of a modernized constitution. We became autonomous by collecting dues from member countries and relying on financial investments.

We revised the financial contributions of member countries and adopted financial regulations.

An international narcotics trafficking meeting with the participation of United Nations drugs director G Yates highlighted our early cooperation with other international organizations.

Recognizing the importance of sharing information and expertise on a regional level, we organized the first regional conference for member countries in Liberia. Pictured here is the 3rd African Regional Conference held in Addis Ababa, Ethiopia, in 1969.

Our status was strengthened by a Headquarters Agreement with France recognizing INTERPOL as an international organization. We have been based in France since 1946, with headquarters Paris, then in Saint Cloud (pictured here) from 1966 to 1989, when we moved to Lyon.

The General Assembly adopted the Rules on International Police Cooperation and on the Control of INTERPOL's Archives, a legal framework necessary for processing personal data – such as names and fingerprints.

On 16 May 1986, our General Secretariat building in Saint Cloud was bombed by Action Directe, an extremist group.  One policeman was injured and the building suffered extensive damage. In 1998, four leaders of the group were sentenced in connection with this and other attacks.

The General Secretariat moved to purpose-built premises in Lyon, with an official inauguration by France's President, François Mitterrand, on 27 November. Our membership reached 150 countries.

We launched our X.400 communication system, enabling NCBs to send electronic messages to each other and to the General Secretariat.

An automated search facility for remote searches of INTERPOL databases was introduced.

We established an analytical criminal intelligence unit to study the links between suspects, crimes and locations, thereby identifying patterns in crime and providing warnings of threats.

Arabic was formally adopted as our fourth official language, following Spanish which was used from 1955, with English and French being original languages.

We introduced an automatic fingerprint identification system which speeded up the time needed to carry out fingerprint checks. Fingerprint evidence has always played a crucial role in policing, but prints were previously on paper and were compared manually.

The Organization became operational 24 hours a day, 7 days a week, following the terrorist attacks on the United States of 11 September as the Secretary General vowed the "lights will never go out again at INTERPOL".

We launched our I-24/7 global police communications system, giving all member countries a secure platform to share and access our databases and information. Canada (pictured here) was the first country to connect in 2003, and by 2007 all countries were using it.

Recognizing that criminals and terrorists often travel using fraudulent passports and visas, we launched a Stolen and Lost Travel Documents database so that countries can check the validity of a document in seconds. Today it contains more than 80 million records.

Building on the increased use of DNA by police, we created a DNA database to help link international crimes. Today, more than 80 countries contribute DNA profiles of offenders and crime scenes, and it can also be used for missing persons and unidentified human remains.

We set up a Command and Coordination Centre to provide a point of contact for any member country seeking urgent police information or facing a crisis situation. From offices in Lyon, Singapore and Buenos Aires, it is manned 24 hours a day, 365 days a year by staff members who speak several languages.

Aware of the importance of strategic partnerships in tackling international crime, we opened our Special Representative office at the United Nations in New York. We went on to open one at the European Union in Brussels in 2009, and at the African Union in Addis Ababa in 2016.

6 December saw the publication of the first INTERPOL–United Nations Security Council Special Notice. It alerts global law enforcement authorities to individuals and entities who are subjects of UNSC sanctions, such as assets freeze, travel ban and arms embargo.

New technology called MIND/FIND is developed, allowing countries to give their frontline officers such as immigration officials real-time access to our databases on nominal data, stolen vehicles and travel documents.

Recognizing the importance of teaching police worldwide how to use our databases and services, we reinforced our training programmes on a range of specialized crime and investigation areas and went on to build an online portal, the INTERPOL Global Learning Centre.

By now, we have become a more operational organization, deploying teams to support security for major events or to respond to incidents since 2002. We run a range of field operations with our member countries every year across a range of crime areas, often including a training element.

The first Operation Infra brought officials from many countries together to locate and arrest serious long-term international fugitives. Infra operations are now held regularly, focusing on different fugitives by type of crime or by region.

We raised the international profile of contemporary criminal violence with a ministerial meeting involving justice, security and home affairs ministers from nearly 100 countries. Held during the General Assembly in Rome, it followed a joint ministerial meeting with the United Nations in 2009.

The INTERPOL Global Complex for Innovation opened in Singapore in April. It is a research and development facility for the identification of crimes and criminals, innovative training and operational support.