Human trafficking, terrorism and cybercrime high on agenda for police chiefs across the region

COTONOU, Benin – From human and drug trafficking to terrorism and cybercrime, the range of security challenges faced by Africa is the focus of the INTERPOL African Regional Conference.

Bringing together some 120 senior police officials from 29 countries, the meeting will also hear how cooperation between INTERPOL and regional bodies, including the African Union, CAPCCO, EAPCCO and WAPCCO, is delivering strong results.

Officially opening the meeting, Benin’s Minister of Interior and Public Security Alassane Seidou said, “Africa faces many security challenges that hinder its development. INTERPOL is accompanying Benin with responses adapted to investigate all forms of crime and is strengthening capacity through training. 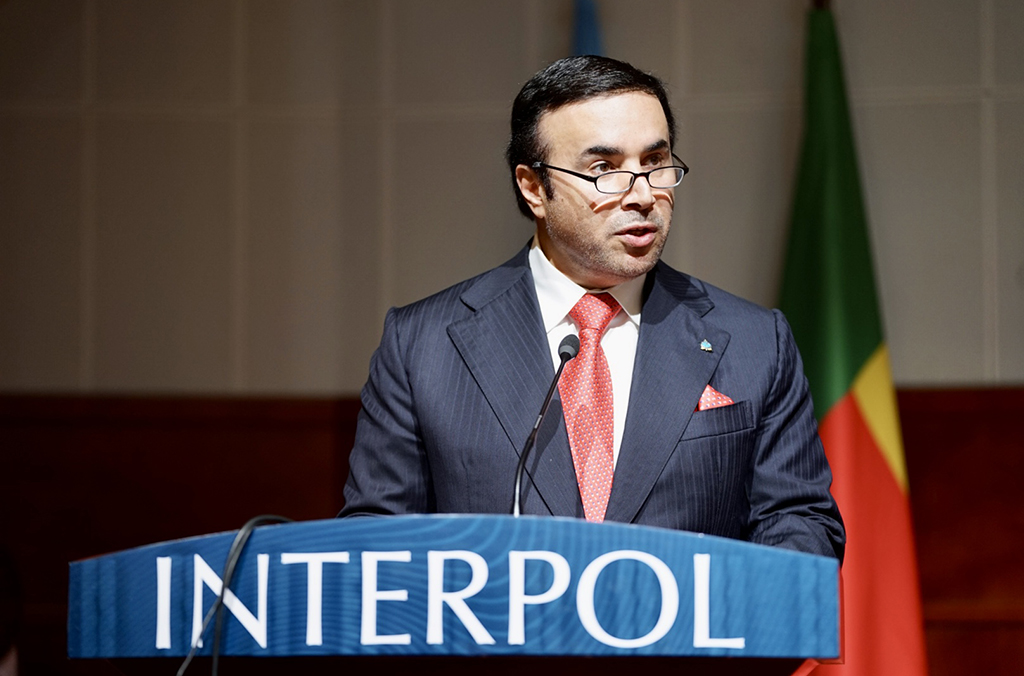 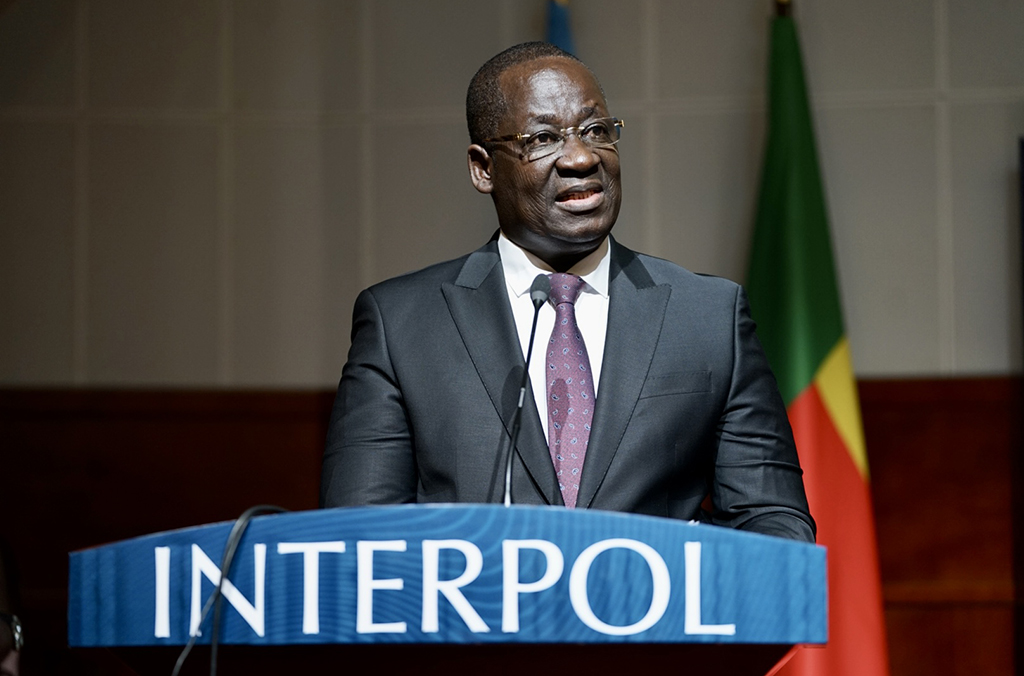 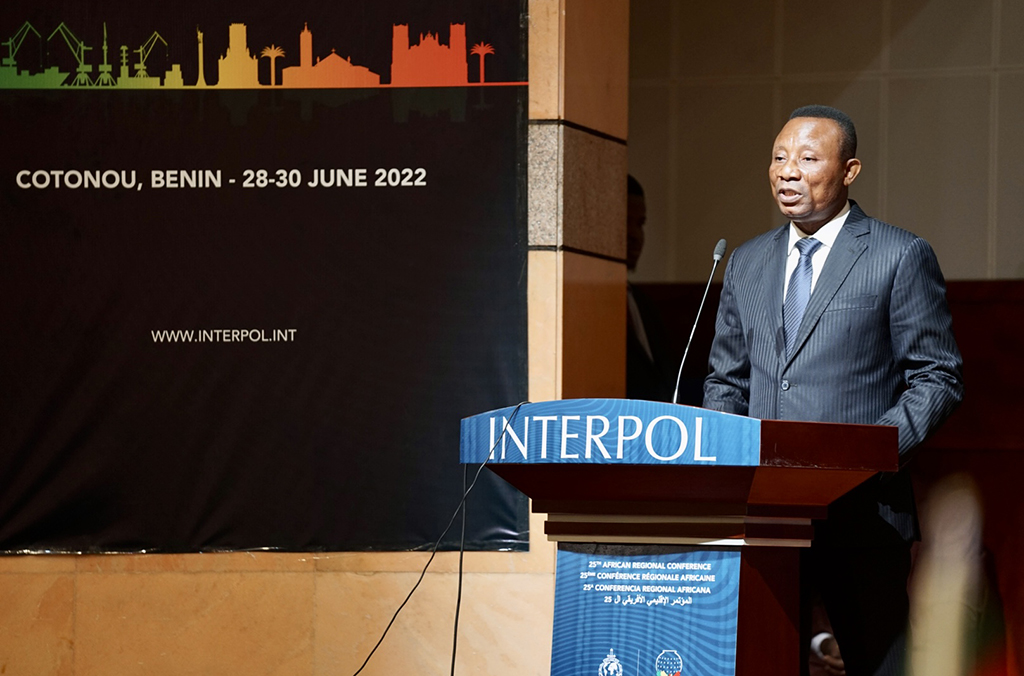 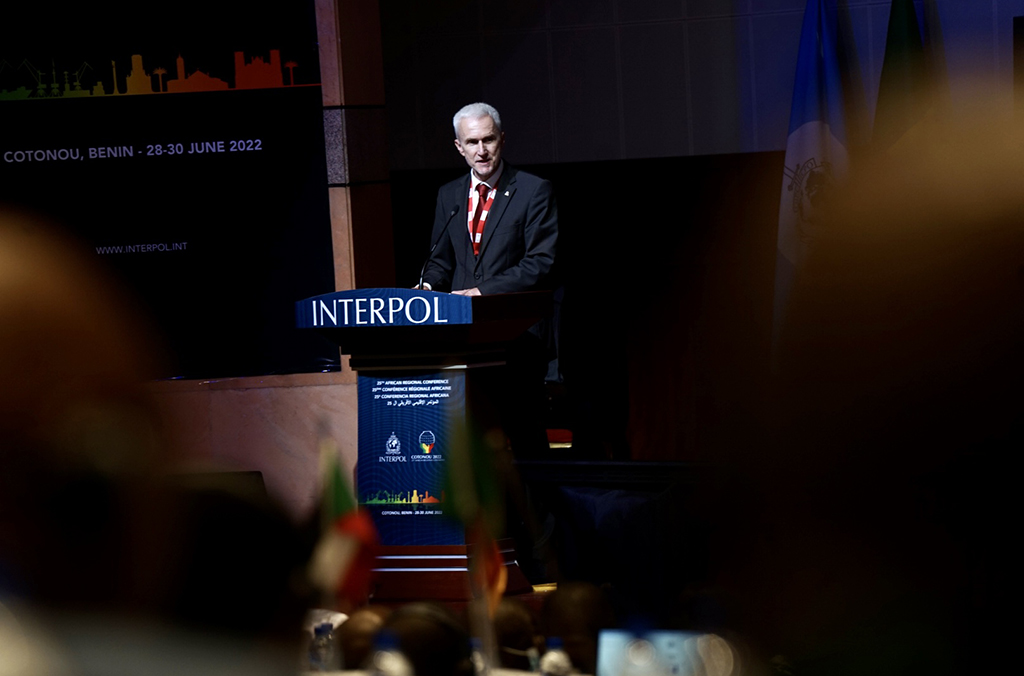 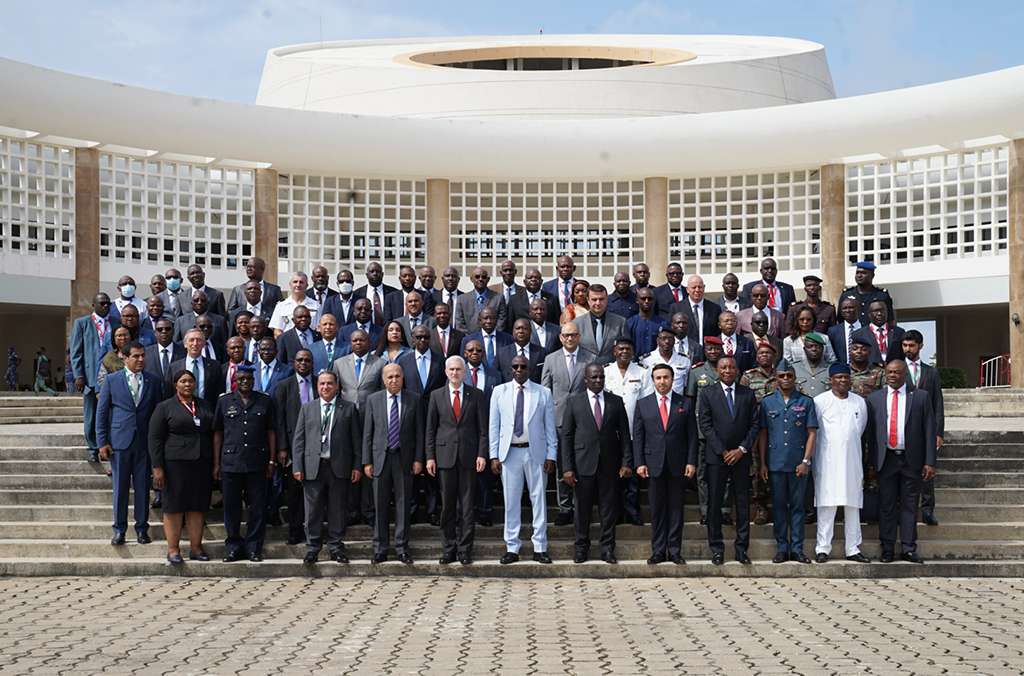 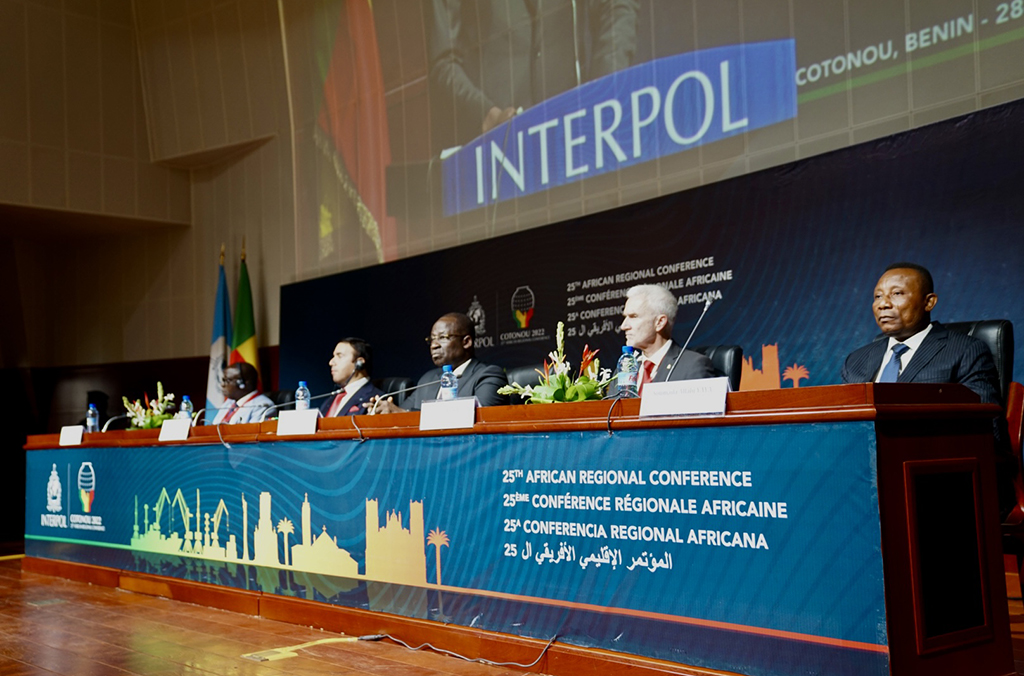 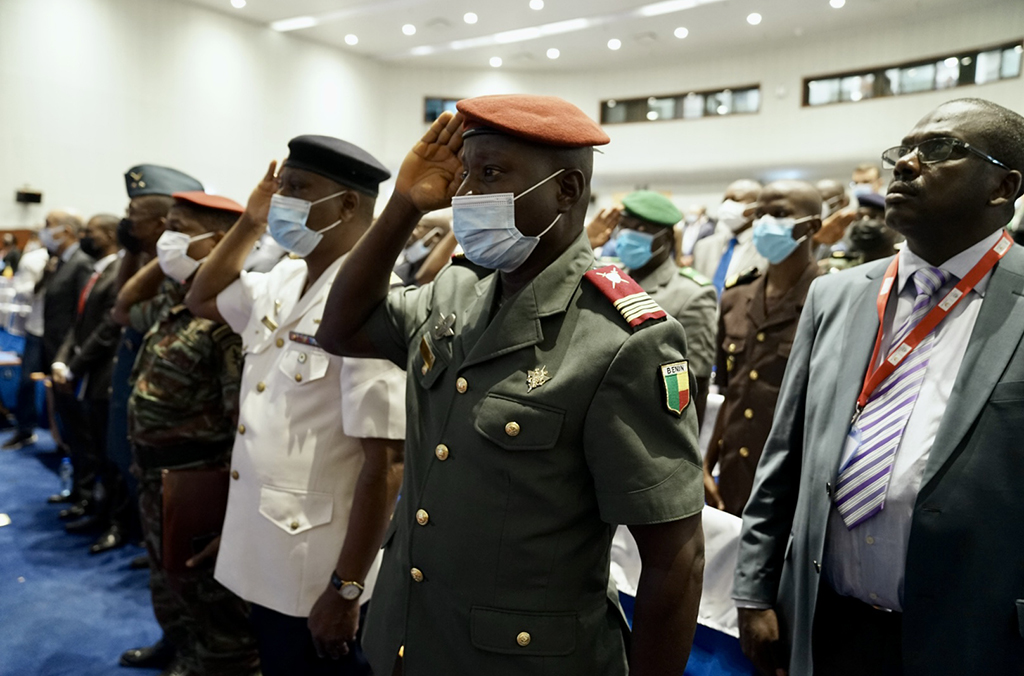 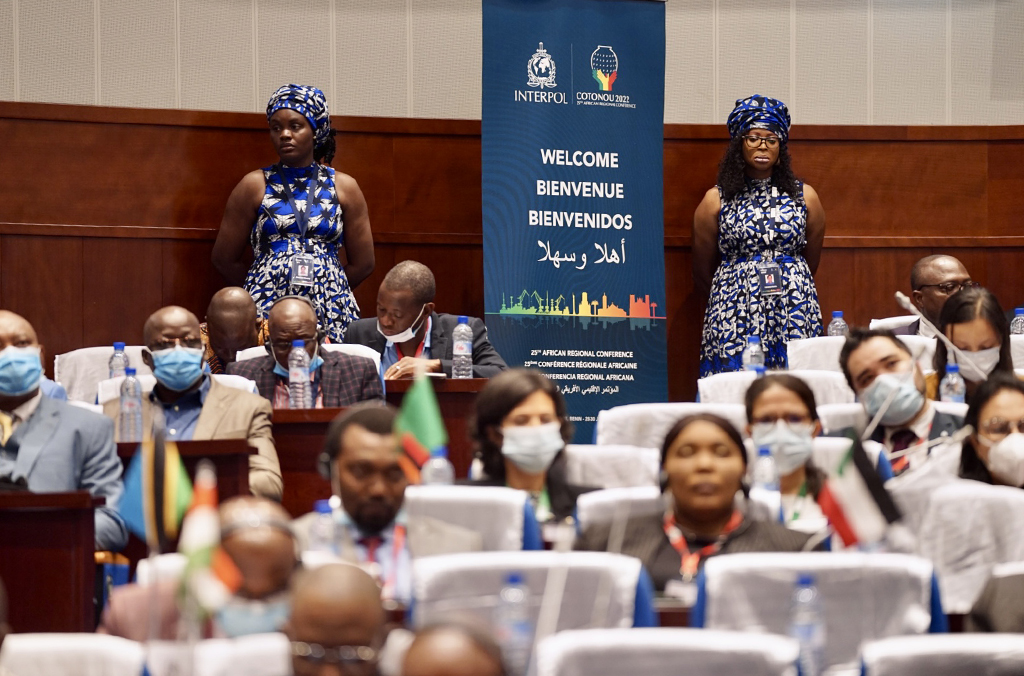 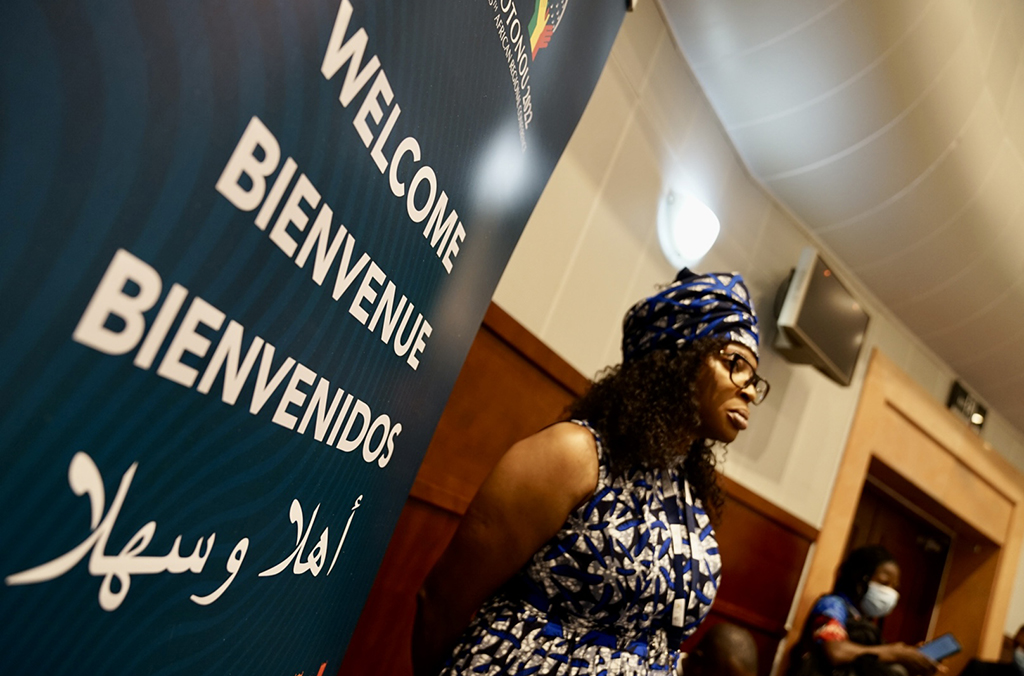 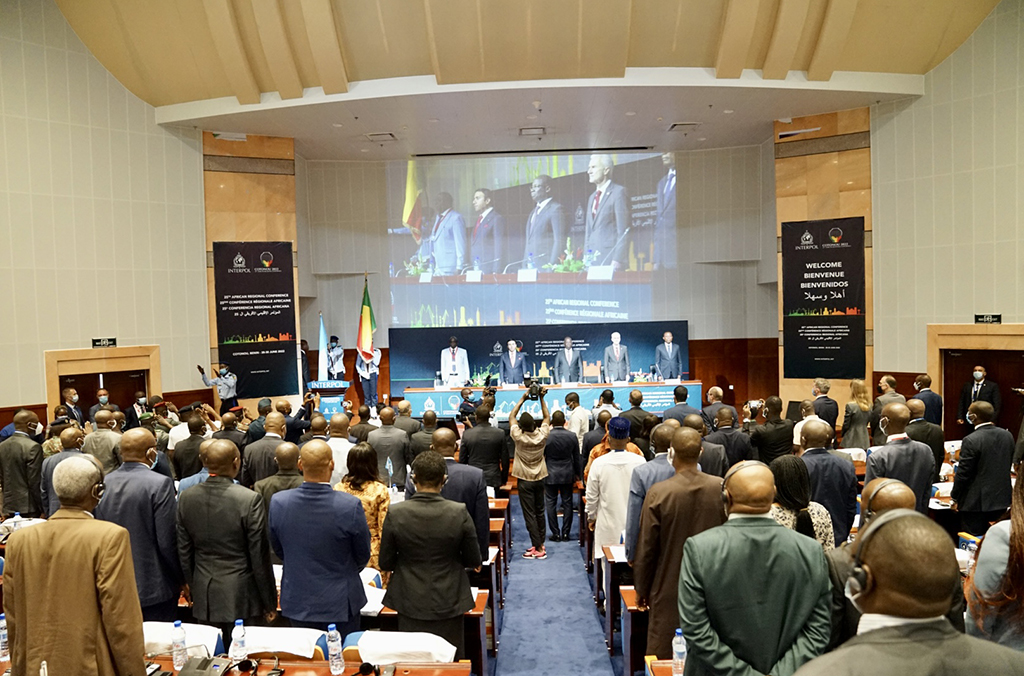 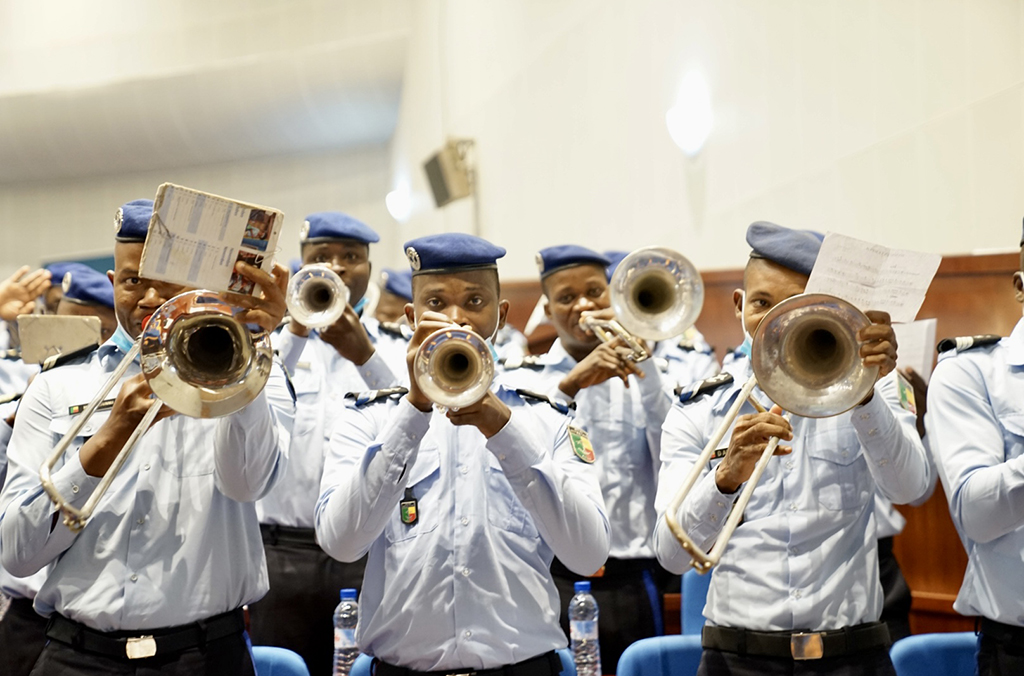 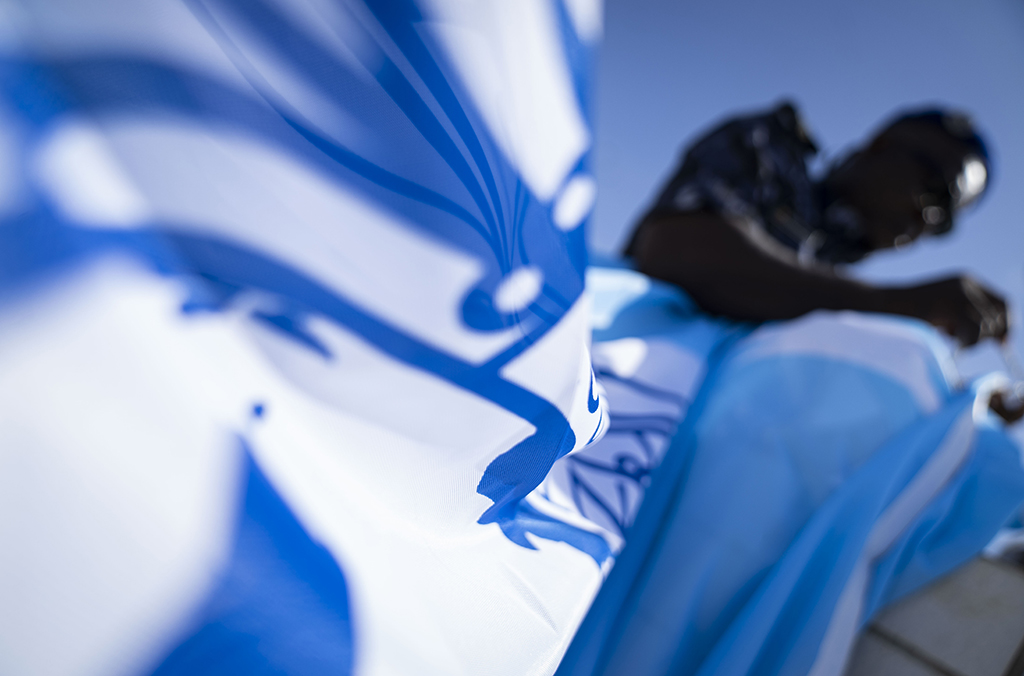 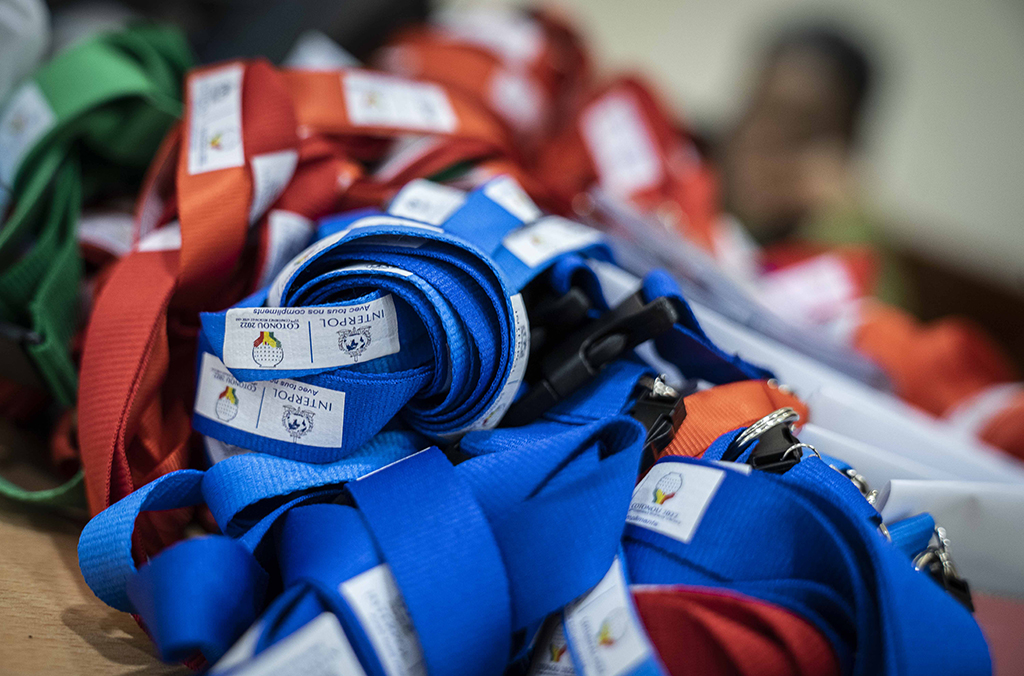 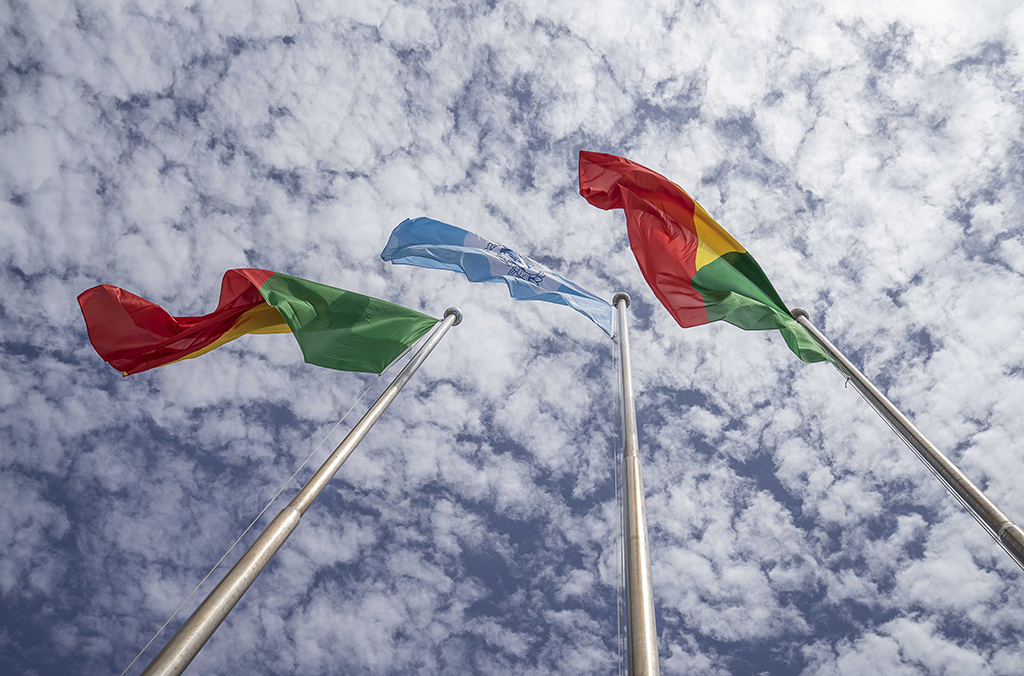 INTERPOL President Ahmed Naser Al-Raisi said the conference underlined the pivotal importance of the alliance between the Organization, and the policing and political institutions of Africa.

“I wish to stress the commitment of the Executive Committee to advancing – and celebrating – INTERPOL’s successes in combating crime in the region, and in enhancing the capacity of Africa’s policing infrastructure.”

Soumaïla Allabi Yaya, Inspector General of Benin Police said,”This conference will provide methods and strategies to enable our law enforcement officers to benefit from shared experiences and best practices in the prevention and fight against organised crime, terrorism and cybercrime.”

INTERPOL Secretary General Jürgen Stock said Africa, like every region, is facing threats which grew, evolved and hardened through the pandemic, particularly cybercrime.

“It is essential that vulnerable communities are protected both online and in the real world.

“This includes the men and women of all ages who are rescued during our numerous operations to combat human trafficking in Africa, and the children who are targeted by sexual abusers,” added the Secretary General.

With the results of INTERPOL-coordinated operations across Africa to be announced at the regional conference, delegates will also be briefed on other regional successes.

These include the first INTERPOL-AFRIPOL front-line operation targeting organized crime networks behind pharmaceutical crime, which identified hundreds of suspects and resulted in seizures of more than 12 million illicit health products.

An INTERPOL-coordinated global human trafficking and migrant smuggling operation involving 47 countries saw a number of successes in Africa, including: