LYON, France – A global operation targeting illicit trafficking in cultural goods has led to 52 arrests and the seizure of 9,408 cultural artefacts across the world. These priceless items include archaeological objects, furniture, coins, paintings, musical instruments and statuettes.

Operation Pandora VI, the operational phase of which ran from 1 June to 30 September 2021, saw law enforcement authorities in 28 countries carry out checks and controls in airports and at border crossing points, as well as in auction houses, museums and private homes.

Special focus was placed on the monitoring of online markets. To that end, a cyber patrol week was organized by the National Police Force of the Netherlands (Politie) to identify suspicious sales online.

Over 170 investigations are still ongoing, as a result of which more seizures and arrests are anticipated as investigators around the globe continue their pursuit of those spoiling and destroying cultural heritage.

Led by Spain (Guardia Civil), Pandora VI was coordinated at the international level by Europol, INTERPOL and the World Customs Organization (WCO). Operational Coordination Units working 24/7 were established by Europol on one side, and the WCO and INTERPOL on the other, to support the exchange of information as well as to disseminate alerts, warnings and perform cross-checks in different international and national databases.

The Spanish National Police (Policía Nacional) recovered a treasure consisting of 91 gold coins from the Roman Empire worth an estimated half a million euros on the black market. The investigation began after these coins were detected in a well-known auction house in Madrid. The investigators later identified the Spanish archaeological site from which these coins were looted.

Officers from U.S. Customs and Border Protection (CBP) seized a shipment containing 13 pieces of ancient Mexican artefacts from the Post-Classic to the Aztec era, including one skull and 12 adzes (chopping tools).

A processional cross dating from the 13th century was recovered by Romanian Police (Poliția Română) and returned to the Evangelical Church Museum of Cisnadie, from where it was stolen in 2016. The object had been recorded in INTERPOL’s Stolen Works of Art Database and was identified via INTERPOL’s ID-Art mobile app. 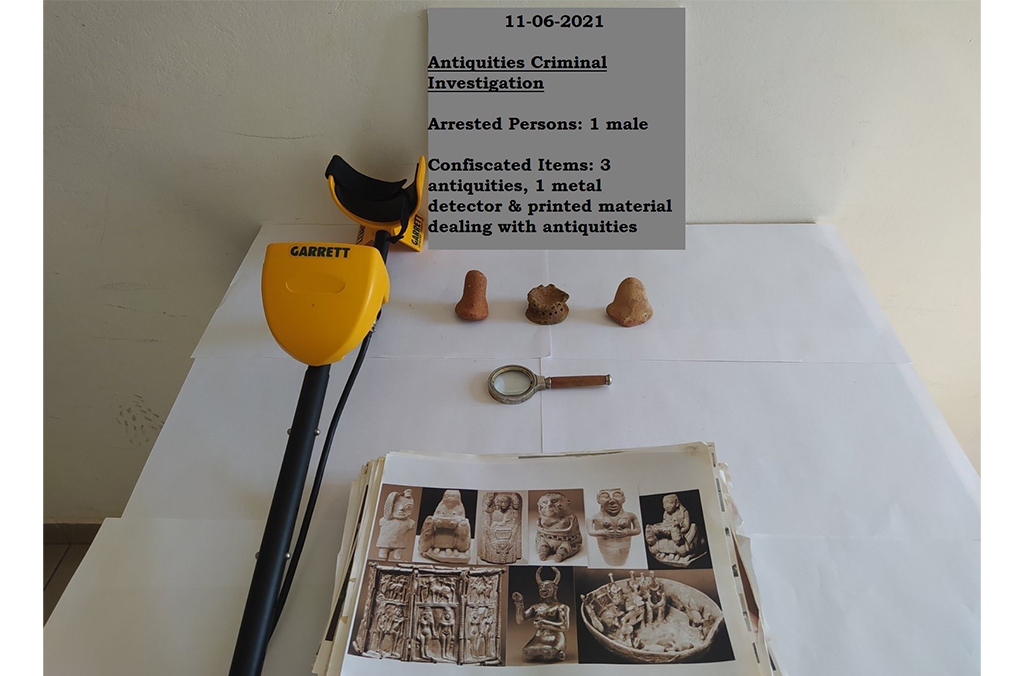 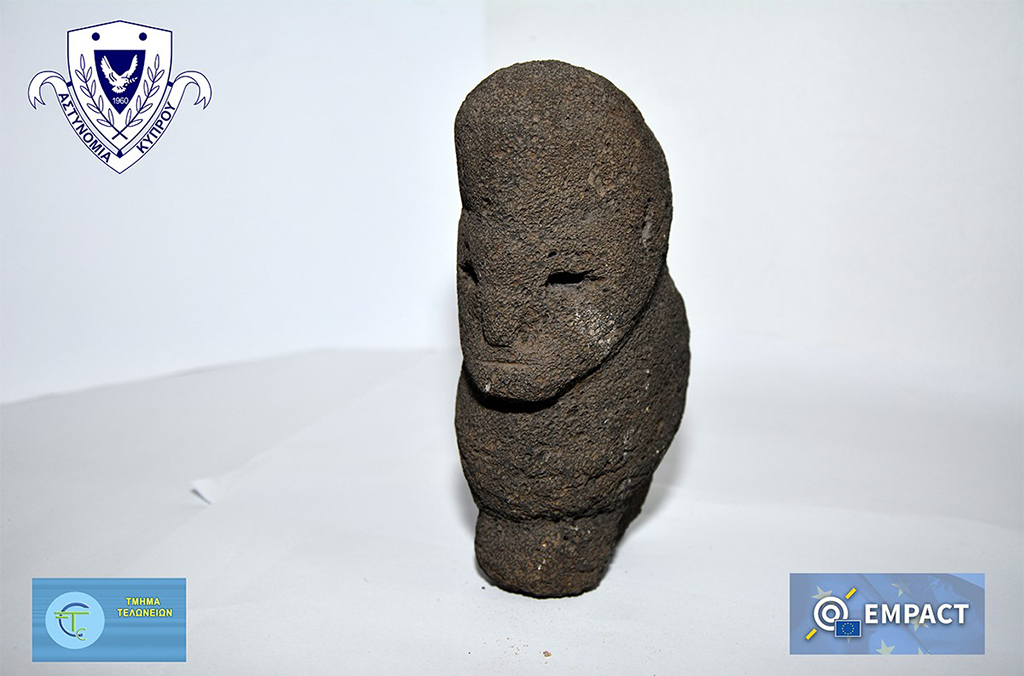 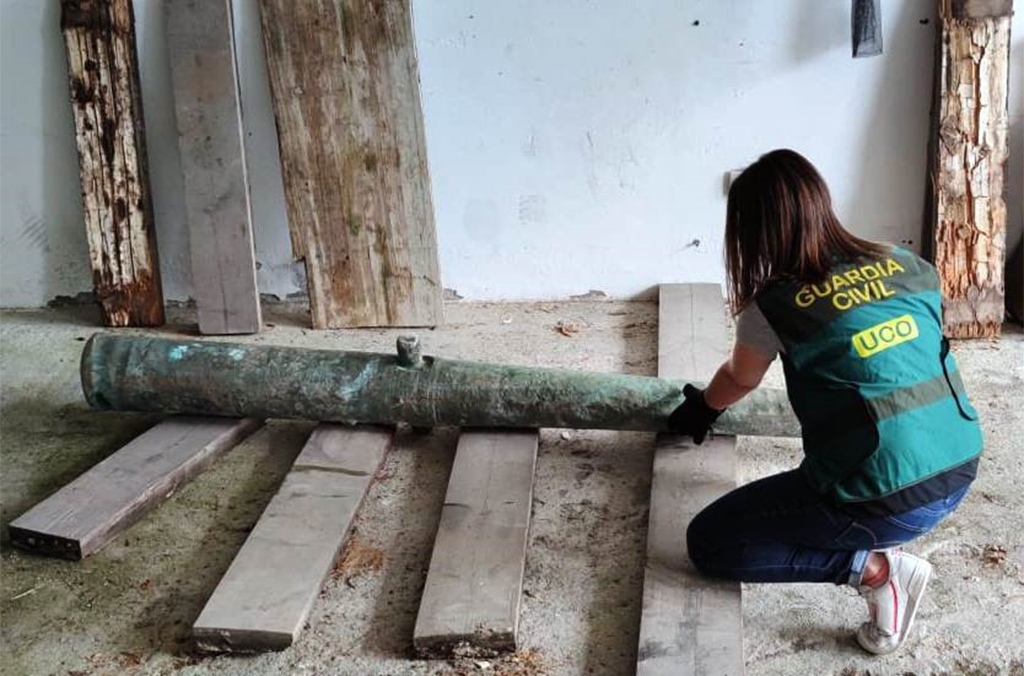 A cannon was recovered from a wreck off the coast of Galicia.
/

Italy’s Carabinieri Corps (Arma dei Carabinieri) seized 79 archaeological goods of different types and age in the Mediterranean region. These goods were lacking documentation certifying their lawful origin or import into the national territory.

The Art and Antiques Crime Unit (National Police Force of the Netherlands) recovered two Kees Verweij paintings which had been reported as stolen, following checks of an online sales catalogue involving an Amsterdam auction house.

Europol, as co-leader of this action, played a key role in implementing the entire operation by facilitating information exchange and providing analytical and operational support. The WCO provided its CENcomm secure communication channel and facilitated intelligence exchange among different agencies.

INTERPOL, through its I-24/7 secure communication system, connected countries in the Balkans and European Union participating in the exchange of information, supporting the entire operation with a dedicated expert to double check searches against INTERPOL’s Stolen Works of Art Database in order to locate and identify items that had been stolen and items that were still missing.

Operation Pandora, which was first launched in 2016, is an annual law enforcement operation. To date, it has netted 407 arrests and resulted in the recovery of 147,050 cultural goods.