BERLIN, Germany - An agreement signed today at the German Federal Ministry of the Interior, Building and Community will see the Federal Criminal Police Office (BKA) contribute financially to the INTERPOL Capabilities for Operational Relevance (I-CORE) programme. 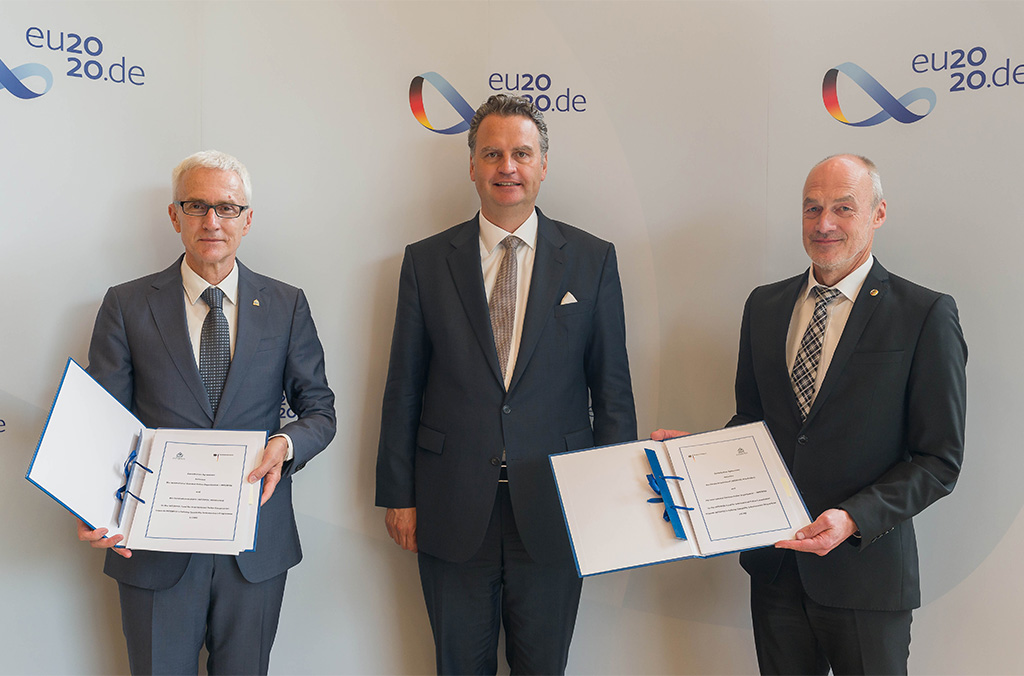 Professor Günter Krings, Parliamentary State Secretary to the Federal Minister of the Interior, Building and Community, said: “With its databases and its rapid and reliable sharing of information around the globe, INTERPOL plays a crucial role in international police cooperation.

“Information technology is one of the key challenges for the future of law enforcement. We have to fight 21st century crimes with 21st century tools. This is why the Federal Government is contributing EUR 5 million to support INTERPOL’s modernization programme, which will help to detect and fight cross-border crime more quickly and efficiently,” he added.

The funding agreement was signed by INTERPOL Secretary General Jürgen Stock and BKA Vice President Michael Kretschmer. With INTERPOL’s regular budget unable to fund the EUR 80 million required for the programme, the Organization has asked its member countries for financial support.

INTERPOL Secretary General Jürgen Stock said: “Germany’s decision to provide this funding is a clear demonstration of its belief in INTERPOL, and its mission to make the world a safer place. The past few months have shown, more clearly than ever, that global cooperation is needed in combating worldwide threats.

“INTERPOL provides a unique and vital platform in coordinating efforts to tackle transnational crime and terrorism, and the greater support we receive from our member countries, the more effective we become. This financial support from Germany will play an important part in developing the ‘INTERPOL of the future’, and is a gesture which I would encourage other countries to follow,” added the INTERPOL Chief.

Michael Kretschmer, Vice President of the BKA, said: “Crime is getting more international and more digital. This has consequences for international police cooperation. It has to be our aim to make information that the police need available quickly, efficiently and in line with data protection requirements.

“We share this aim with INTERPOL - and this is why the BKA is supporting the I-CORE project. Police authorities and the global fight against crime will benefit from the envisaged modernization of INTERPOL’s IT architecture.”

With its unique global search systems, INTERPOL plays a crucial role in police cooperation. In order to continue fulfilling this role in the future, INTERPOL’s technological infrastructure has to be continuously updated and adapted to new needs.

INTERPOL is the longest-standing multi-lateral framework for cross-border police cooperation. Its 194 member countries make it one of the largest intergovernmental organizations worldwide.

The organization’s most important aim, which is "to ensure and expand the most comprehensive mutual support of all criminal police authorities within the framework of the laws prevailing in the individual countries and in the spirit of the Declaration of Human Rights" has not changed since its creation in 1923.