Operation Stop began with a two-day (30 and 31 July) training course for law enforcement officers in Guinea on the use of INTERPOL’s policing capabilities, in particular the Stolen and Lost Travel Documents (SLTD) database; document fraud; detecting individuals attempting to travel illegally; and illicit cross-border financial flows.

Access to INTERPOL’s I-24/7 secure police communication system was extended to the international airport in Conakry, as well as to other law enforcement units outside the INTERPOL National Central Bureau (NCB), allowing for direct access to the Organization’s criminal databases.

The training phase was followed by a two-day operational phase at the airport where passengers were screened against INTERPOL’s nominals and SLTD databases. Passenger manifests of flights from the previous month were also checked against the databases to further reinforce the officers’ knowledge and skills.

More than 23,000 checks of travel documents against INTERPOL’s databases were conducted during Operation Stop.

More than 23,000 checks resulted in three positive ‘hits’ against documents recorded in the SLTD database, underscoring the added value of INTERPOL’s policing capabilities in  in the region.

“This project reinforces our capacity for intervention, intelligence analysis and a rapid response to any criminal situation which may occur at our borders,” said Guinea’s Minister of Security and Civil Protection, Alpha Ibrahima Keira.

Operation Stop was held under the umbrella of Project Morea, an INTERPOL initiative funded by the French Government to modernize the NCBs in Côte d’Ivoire, Guinea and Mauritania and expand access to I-24/7 to airports, land borders and special investigation units.

“Police are just one piece of the border security puzzle. Access to the right tools at the right locations, the skills to use them effectively and coordination with other relevant law enforcement agencies, must all combine to ensure countries can best protect their borders,” said Harald Arm, INTERPOL Director of Operational Support and Analysis.

“Activities such as Operation Stop which bring all these aspects together and encourage cooperation nationally, regionally and globally will have a lasting positive impact on border security throughout West Africa,” he concluded.

The operation was coordinated by the INTERPOL Integrated Border Management Task Force with support from the Information Systems and Technology, People Smuggling, and Criminal Networks units. 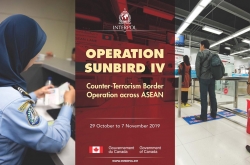 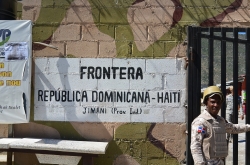 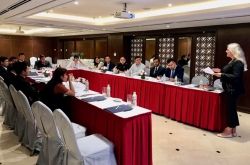