#DontRiskIt: Report the loss or theft of your passport immediately

LYON, France – INTERPOL is launching an awareness campaign to remind the public that their passports and other ID documents require the same vigilance as payment cards, mobile phones and house keys.

It may seem like common sense, but how many of us have lost sight of our ID documents and waited several months before declaring them as lost or stolen? The reality is that if we lose sight of our keys or cards, we don’t wait… so why do we take the risk with our most vital form of identification?

Perhaps it’s because many people don’t use their passports on a daily basis. Or maybe it’s because replacing a passport takes time and paperwork.

Our passport is one of the few documents that justifies who we are, and can be extremely valuable to criminals who need to conceal who they are.

To coincide with holiday travel, the #DontRiskIt campaign will run from 9 December to 6 January.

It will highlight several simple key messages, as well as the risks of not keeping a close eye on personal documents: 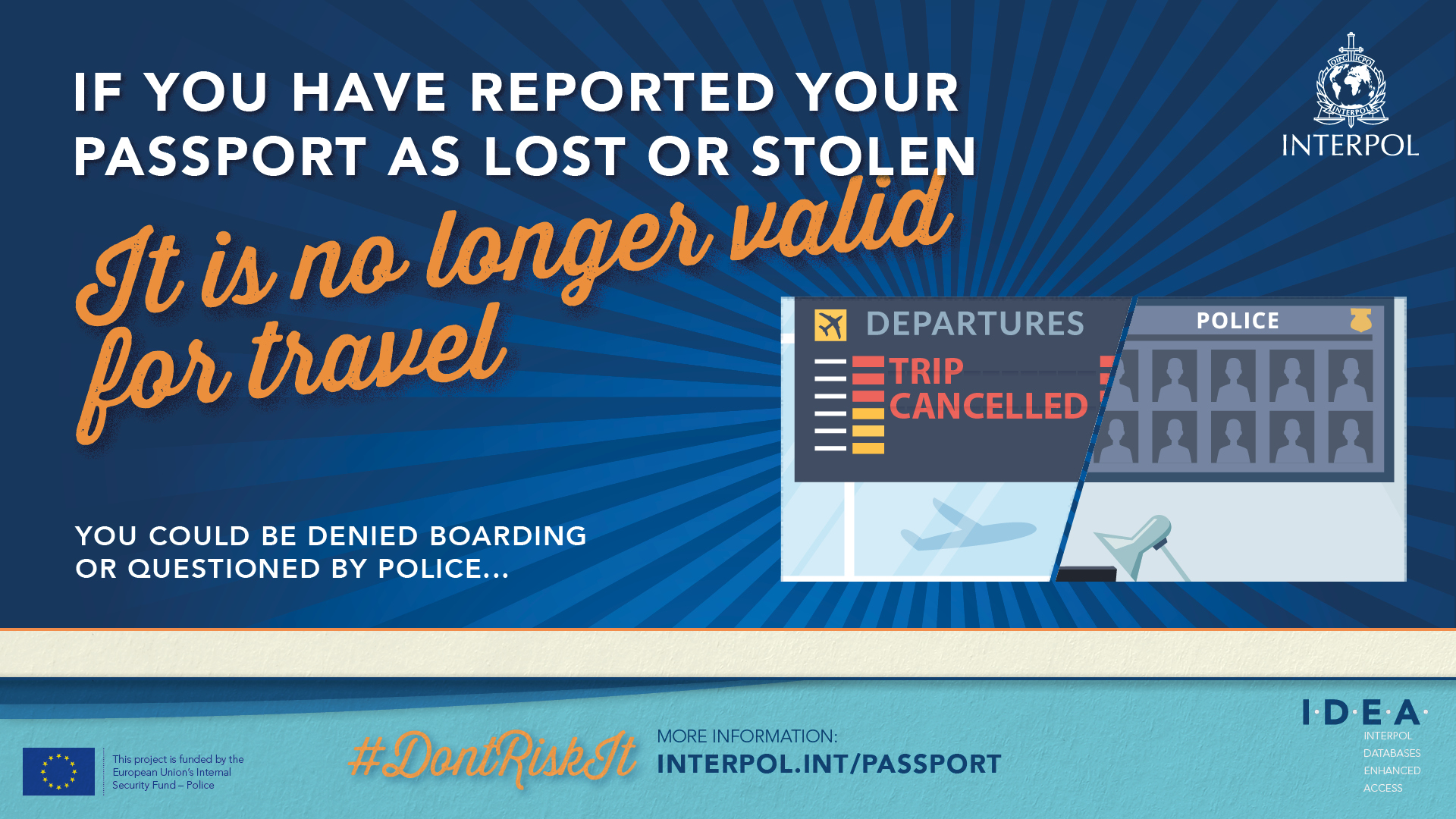 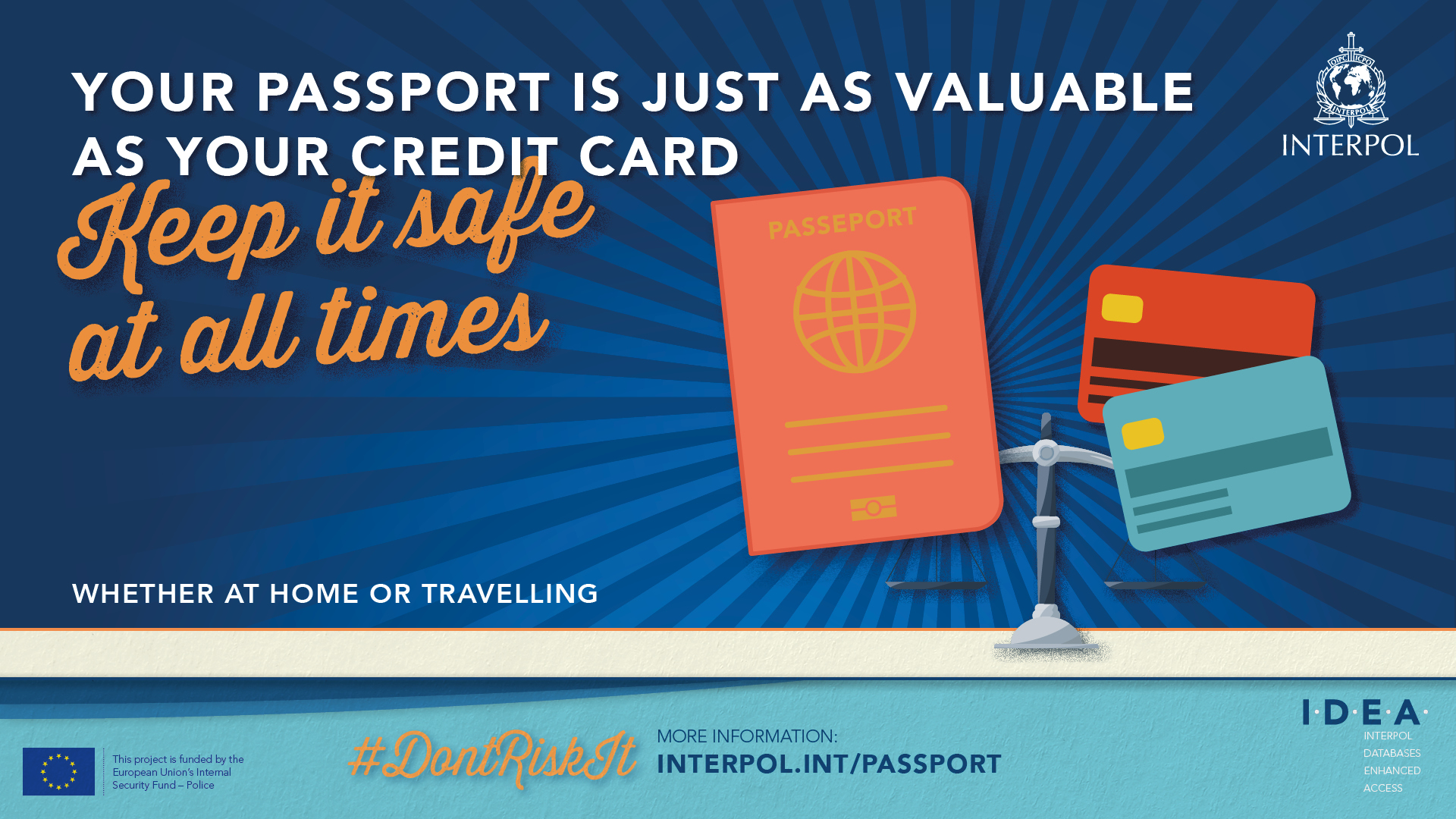 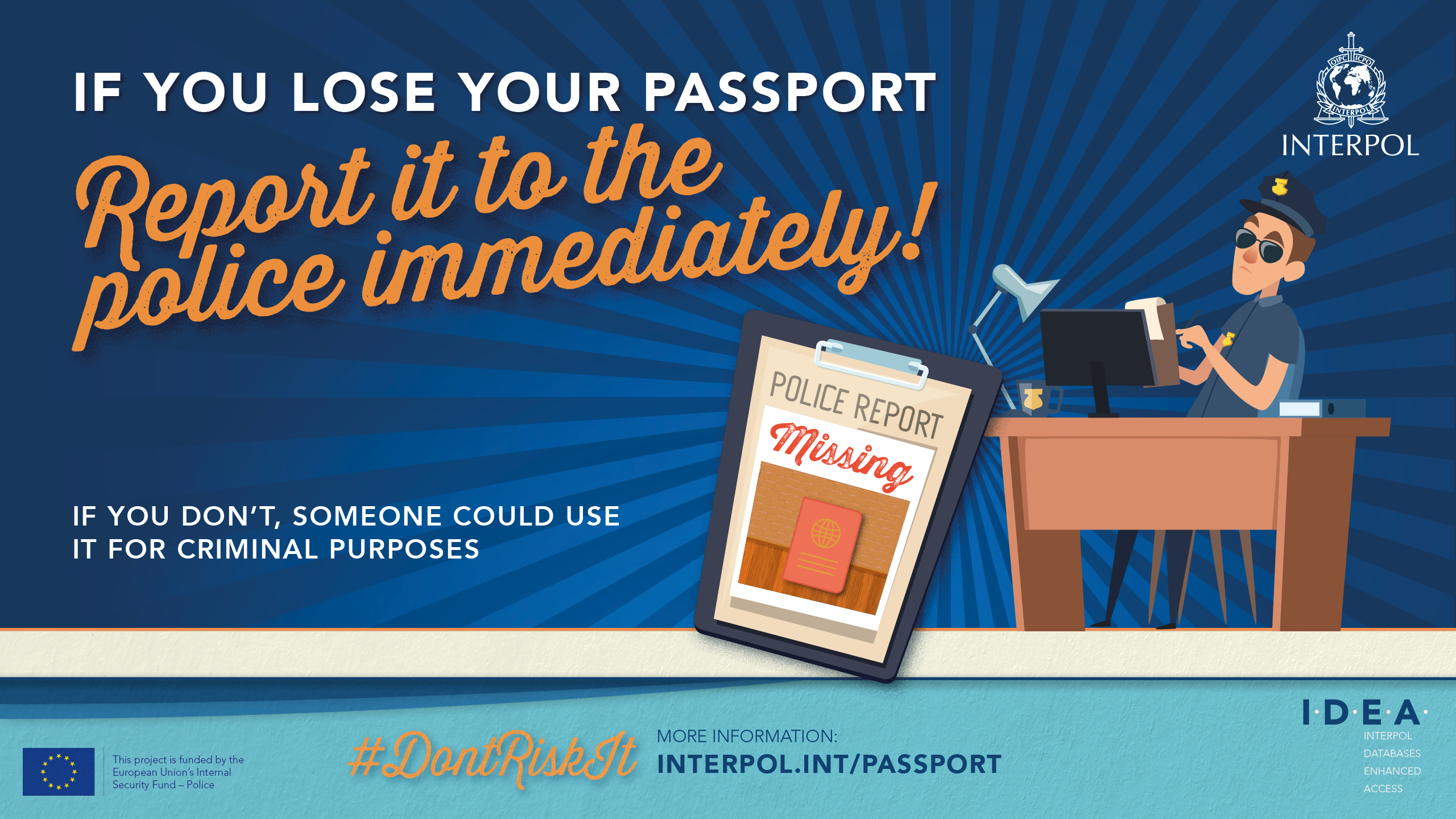 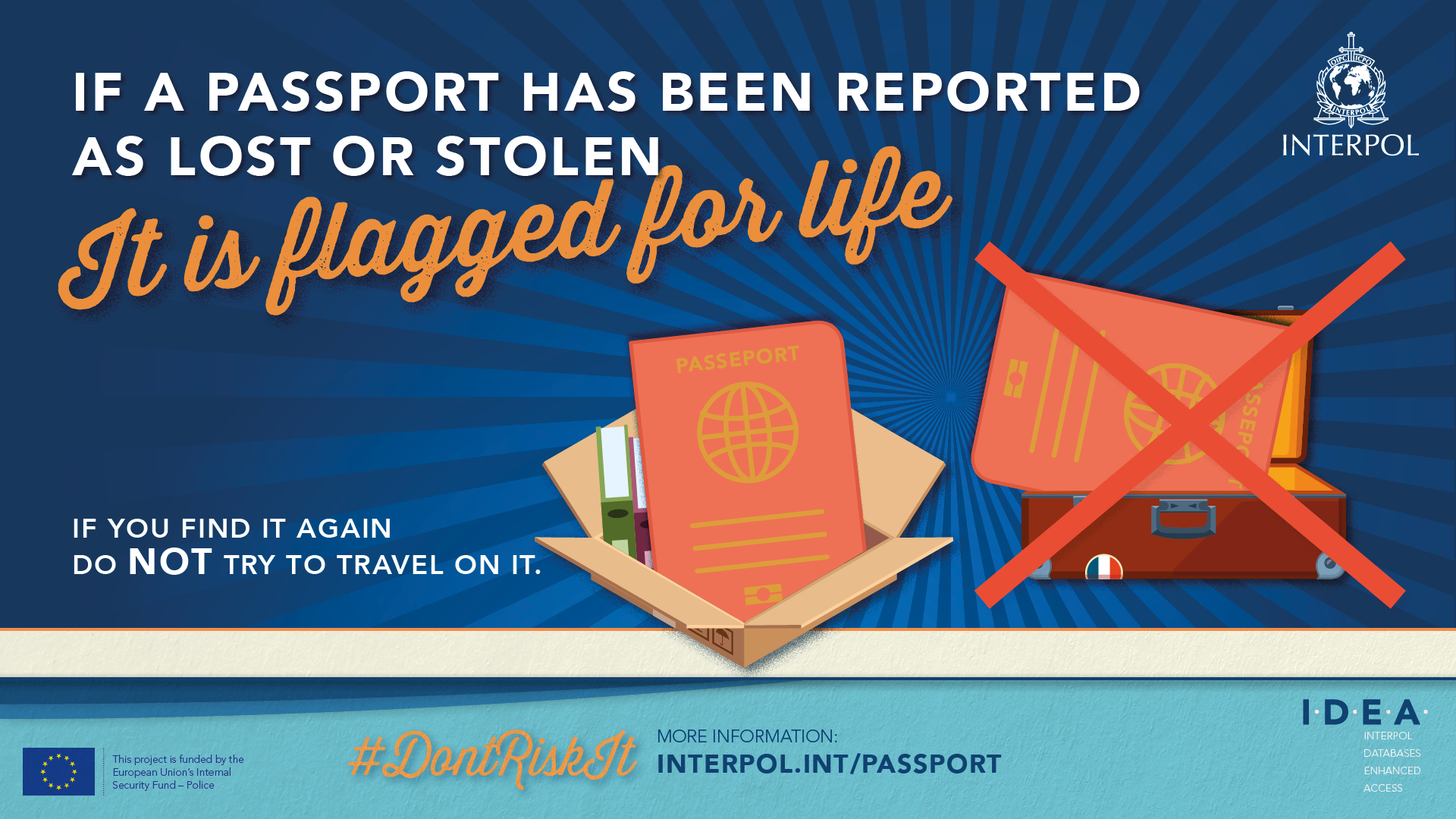 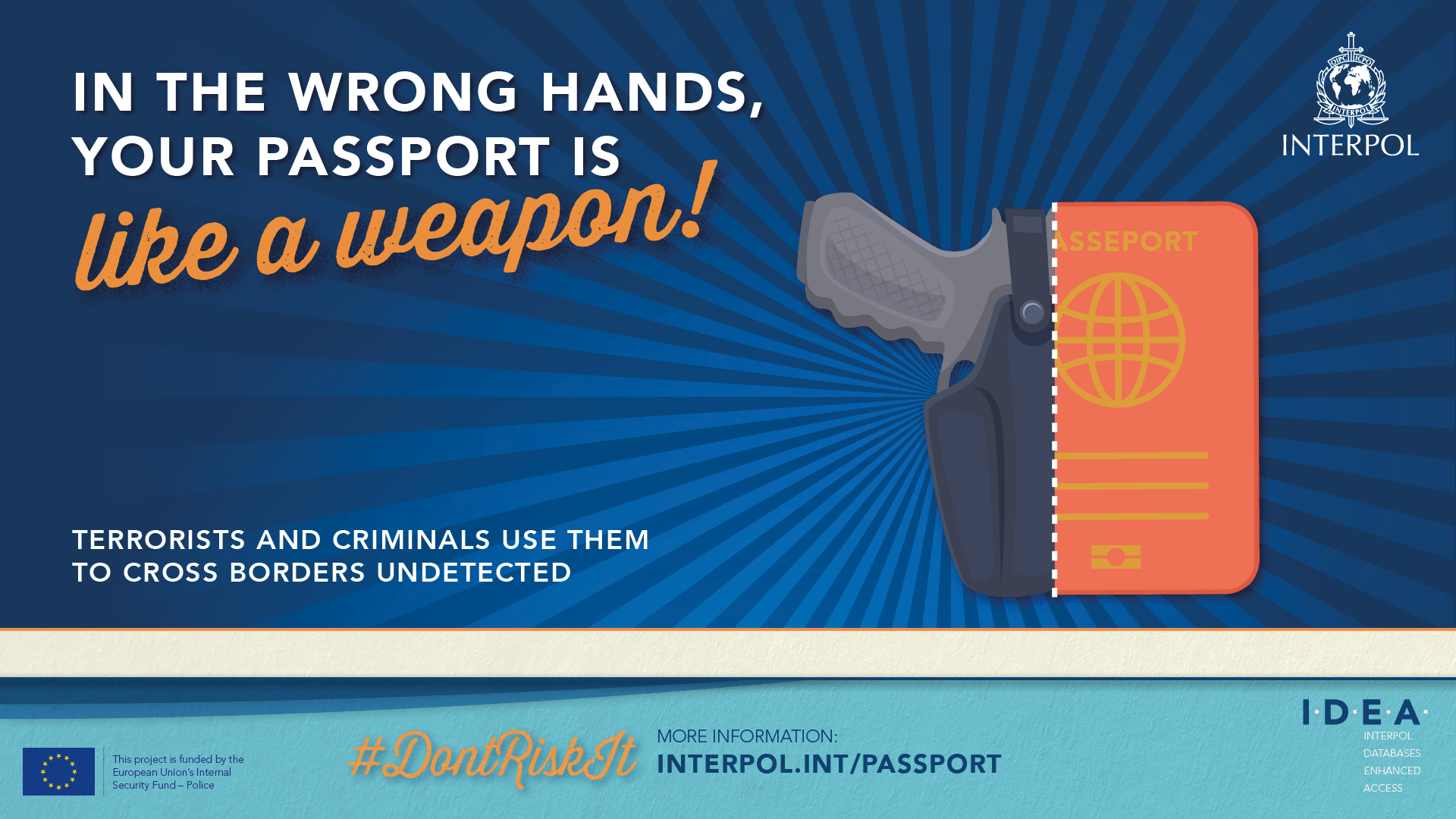 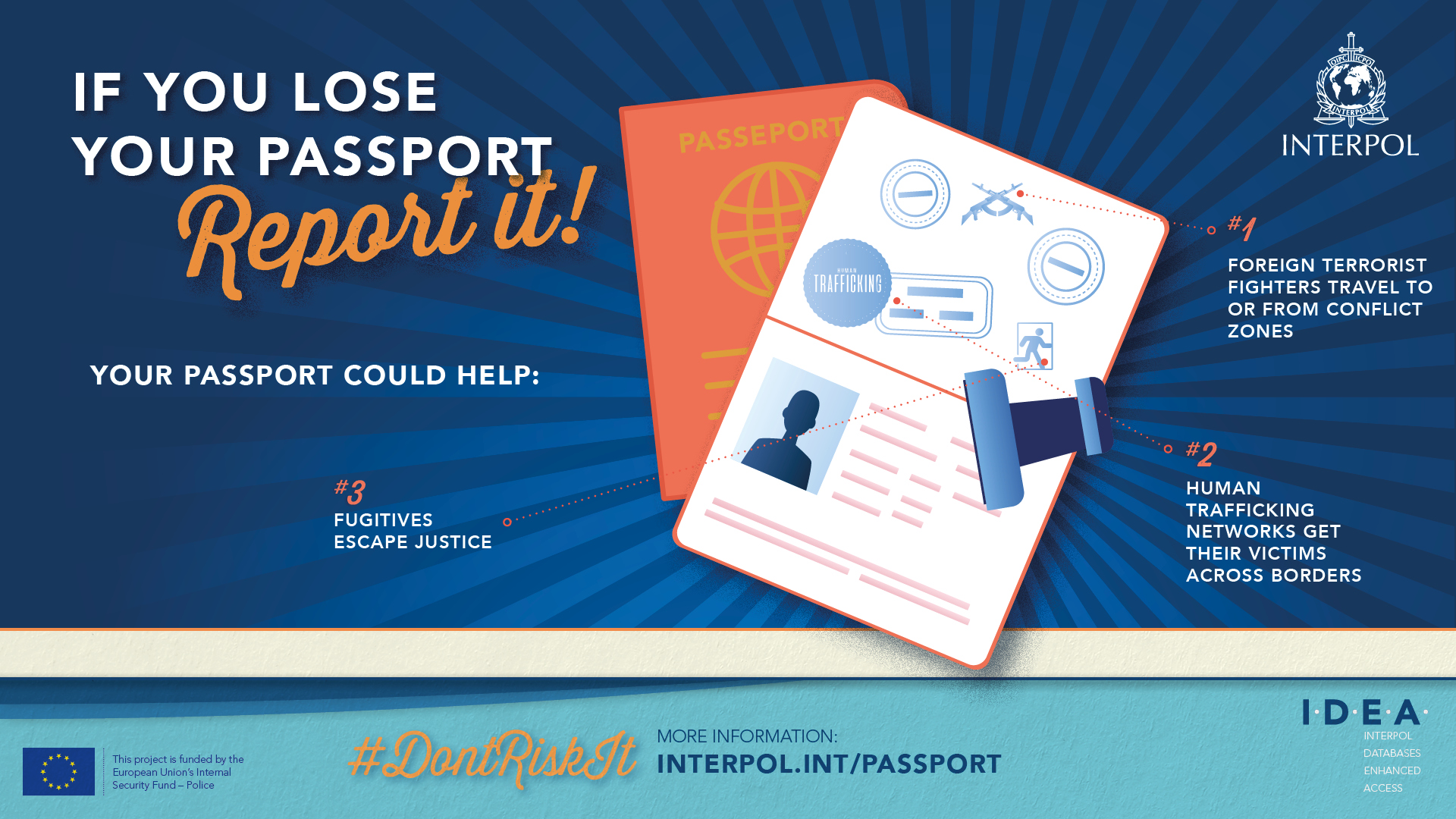 The campaign is part of Project IDEA which is sponsored by the European Commission. It helps selected EU member countries to secure their borders by strengthening their technical infrastructure and migrating to the latest versions of INTERPOL systems.

Project IDEA also raises awareness among the general public of the importance of keeping their ID and travel documents safe.

Once a document is reported as stolen or lost, it is recorded in national, regional and international databases, which are consulted at border points. From a law enforcement perspective, the purpose of the public campaign is to minimize the number of “false positive matches” which are generated by citizens attempting to travel with a document they had previously reported as missing. This often leads to travel disruptions, delays and passenger frustration.