LYON, France – The findings of a joint Europol-INTERPOL Report on Migrant Smuggling Networks underline the need for an accurate and in-depth understanding of the wide range of illicit services offered by migrant smugglers, and their operating methods, so as to dismantle their criminal networks. 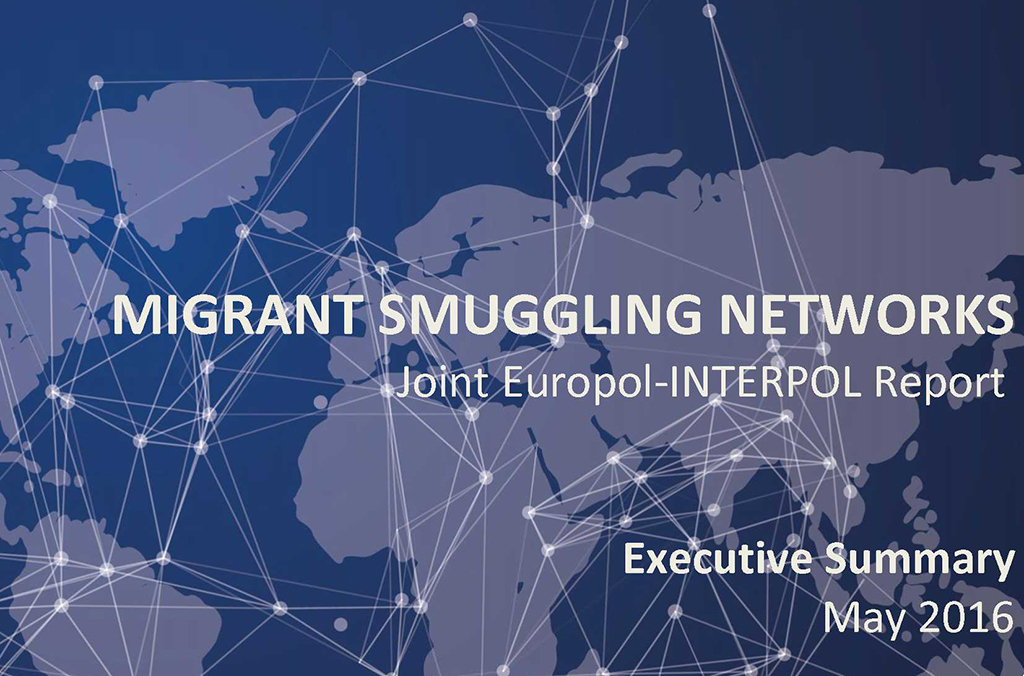 The findings of a joint Europol-INTERPOL Report on Migrant Smuggling Networks underline the need for an accurate and in-depth understanding of the wide range of illicit services offered by migrant smugglers.
/

A summary of the report published today provides comprehensive insight into the activities, organizational structures, operating capabilities, geographical hotspots of migrant smugglers and their estimated profits.

It estimates that the annual turnover of migrant smuggling was worth an estimated USD 5 to 6 billion in 2015, representing one of the main profit-generating activities for organized criminals in Europe.

Other key findings reveal that:

Rob Wainwright, Director of Europol, said: “I am pleased to present this joint report between Europol and INTERPOL. It describes the huge role played by organized crime networks in the migration crisis and sends a clear message to the EU and its Member States that we must combat these networks in the strongest possible terms. Thanks to the establishment of the new European Migrant Smuggling Centre at Europol, and its collaboration with INTERPOL and other partners, we now have the operational means to reach this goal.”

“The joint Europol and INTERPOL report is an unprecedented effort to provide insight into migrant smugglers and their criminal networks which profit from human despair. While Europe may be the destination for these migrants, the crisis cannot be resolved by police and policy-makers in the region alone. This comprehensive joint analysis will serve as the basis for targeted and meaningful joint actions in Europe and around the world,” said INTERPOL Secretary General Jürgen Stock.

The report’s key findings were drawn from working group discussions at a second Europol-INTERPOL operational forum in The Hague in February 2016. They will help shape recommendations for future operational and strategic actions.