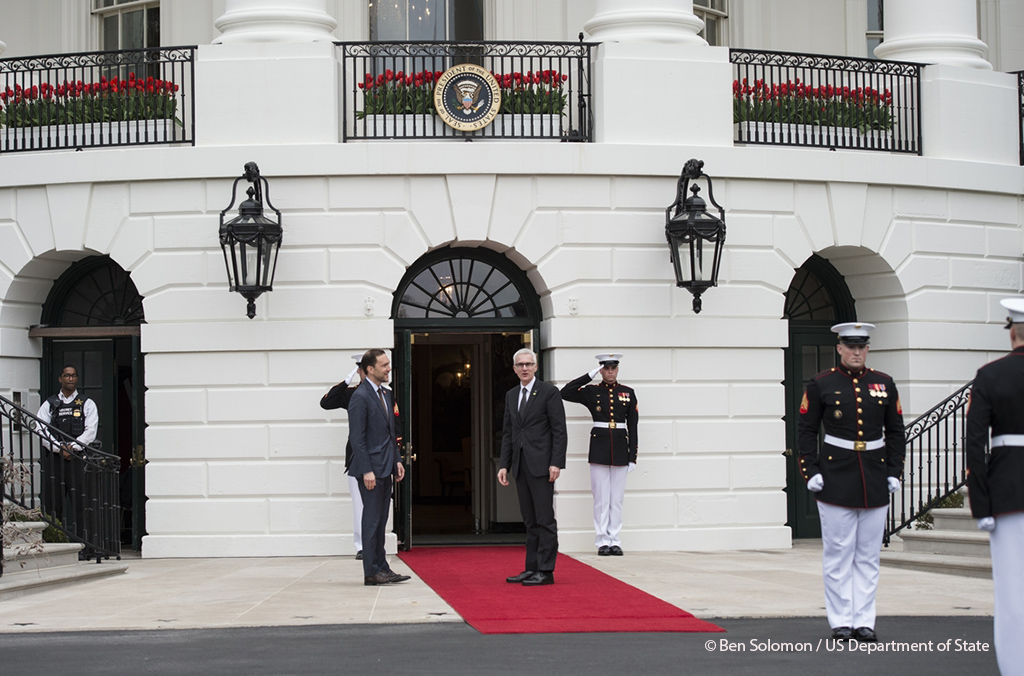 Secretary General Stock being welcomed at the White House ahead of the main deliberations at the 2016 Nuclear Security Summit in Washington DC. 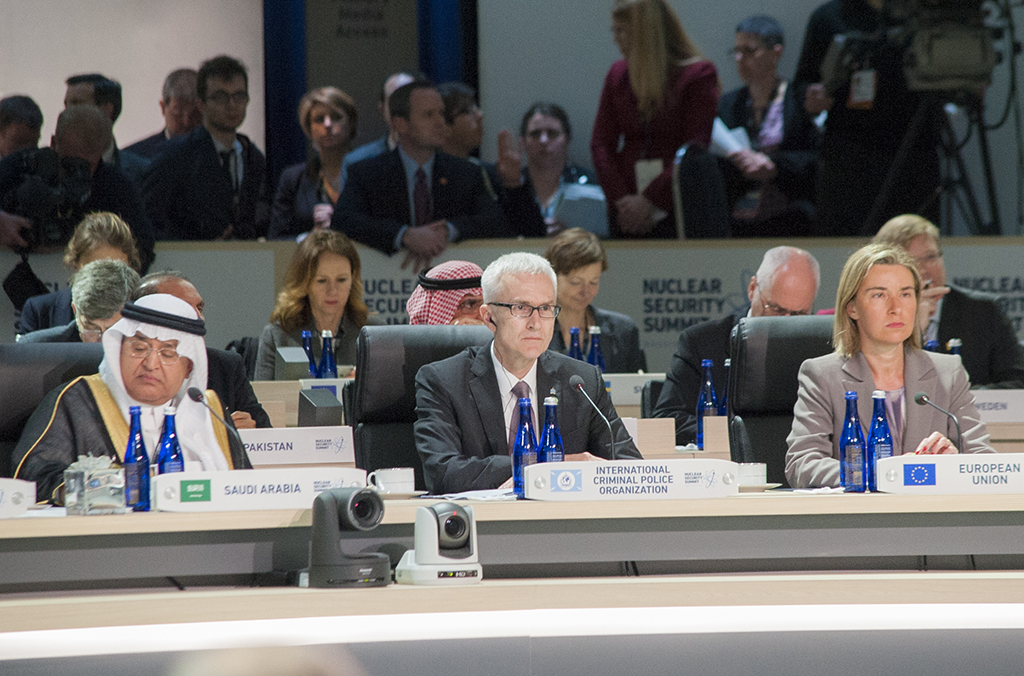 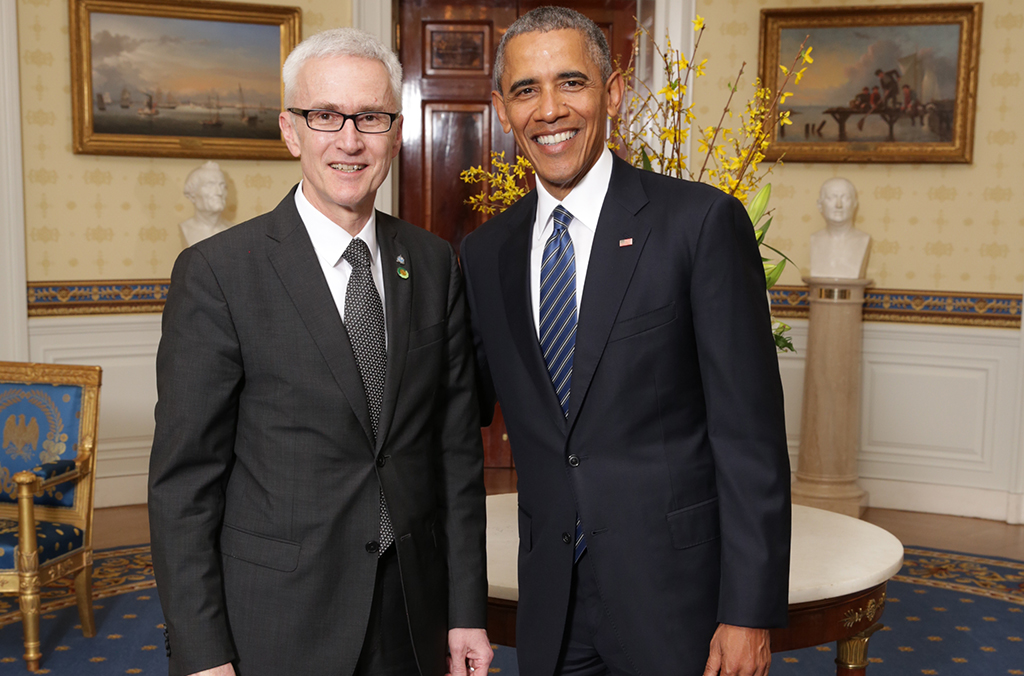 US President Barack Obama welcomed INTERPOL Secretary General Jürgen Stock to the White House as the 2016 Nuclear Security Summit got under way. 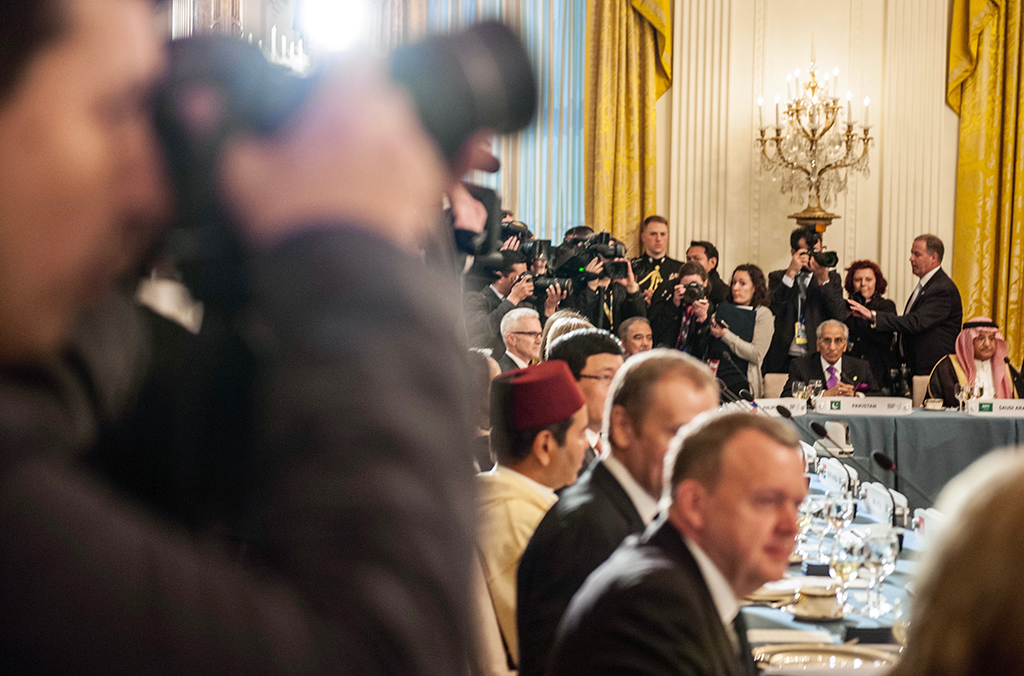 Speaking before world leaders from more than 50 countries as well as heads of international organizations, Secretary General Stock said that like other forms of terrorism, nuclear terrorism remains an ever-present threat which must lie at the forefront of collective security efforts.

The Head of INTERPOL said recent terrorist attacks stretching from the heart of Europe to its borders, and across Africa, the Middle East and the Far East highlighted the global scale of the threat which requires a ‘shared and effective commitment’ towards a comprehensive global response.

With reports alleging that terrorist elements involved in the Brussels attacks may have been involved in surveilling staff from a Belgian nuclear power plant, Secretary General Stock said: “Any gap in our response represents an opportunity for criminals and terrorists to purchase, smuggle or deploy the materials needed for a weapon of mass destruction. This is why our response must be global, and leverage global networks – a strictly local or regional approach presents security gaps we cannot afford.”

“The terrorist threat of today remains indivisible from the threat of nuclear terrorism tomorrow.”

“Targeting criminals and terrorists, and curbing their potential to pursue their goal requires proactive, systematic sharing of and access to information as a key part of our collective security mandate,” added Mr Stock.

The summit heard that this mandate must be backed by the requisite law enforcement expertise, resources and network, and this is where INTERPOL provides a global platform via its CBRNE (Chemical, Biological, Radiological, Nuclear and Explosives) programme to strengthen regional capabilities worldwide through capacity building, operational information sharing and investigative support.

INTERPOL’s Operation Fail Safe supports law enforcement in monitoring and tracking individuals involved in illicitly trafficking nuclear or other radioactive materials, primarily using INTERPOL’s system of notices. Green Notices are issued to warn INTERPOL member countries about a person's criminal activities if that person is considered to be a possible threat to public safety.

As part of Operation Fail Safe, 11 individuals convicted of involvement in high enriched uranium trafficking cases in Georgia in 2003, 2006, and 2010, and Moldova in 2011, have been targeted by Green Notices. Research and analytical data on these cases were drawn from INTERPOL’s Project Geiger database.

Under its NSS Action Plan, INTERPOL’s priority objectives include developing regional capability against the threat of illicit nuclear trafficking, through counter nuclear smuggling training and workshops to respond to and investigate crime incidents; and supporting regional law enforcement agencies develop a partnership approach on the security of legitimately held radioactive material, including through INTERPOL’s Operation Conduit and Project Stone.