Thousands of tonnes of fake and sub-standard food and drink have been seized in 47 countries around the world as part of an INTERPOL-Europol coordinated operation. 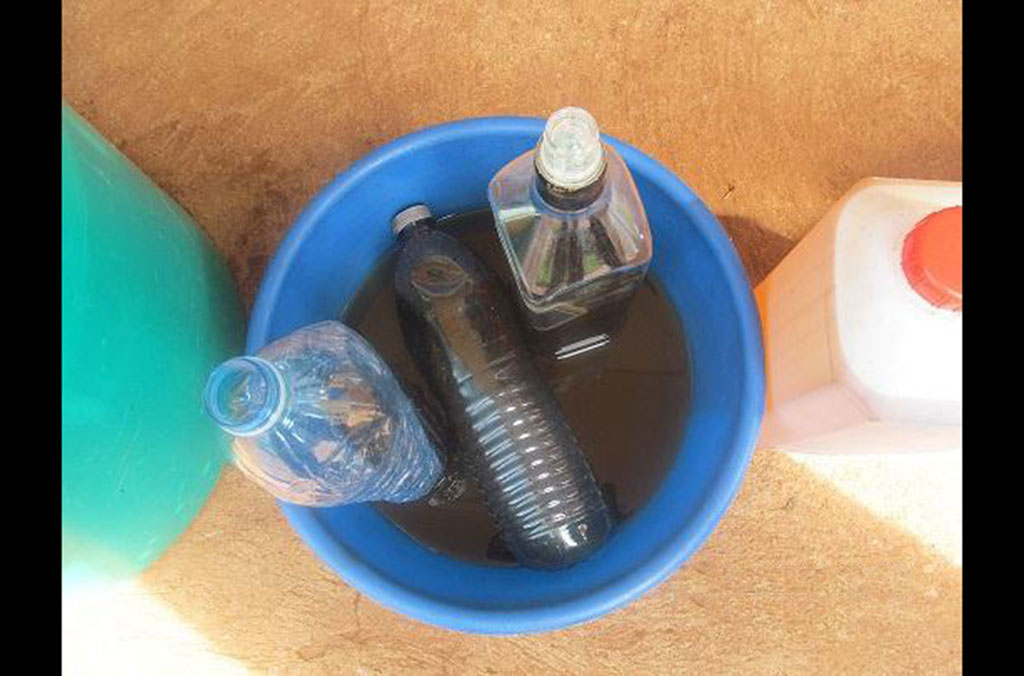 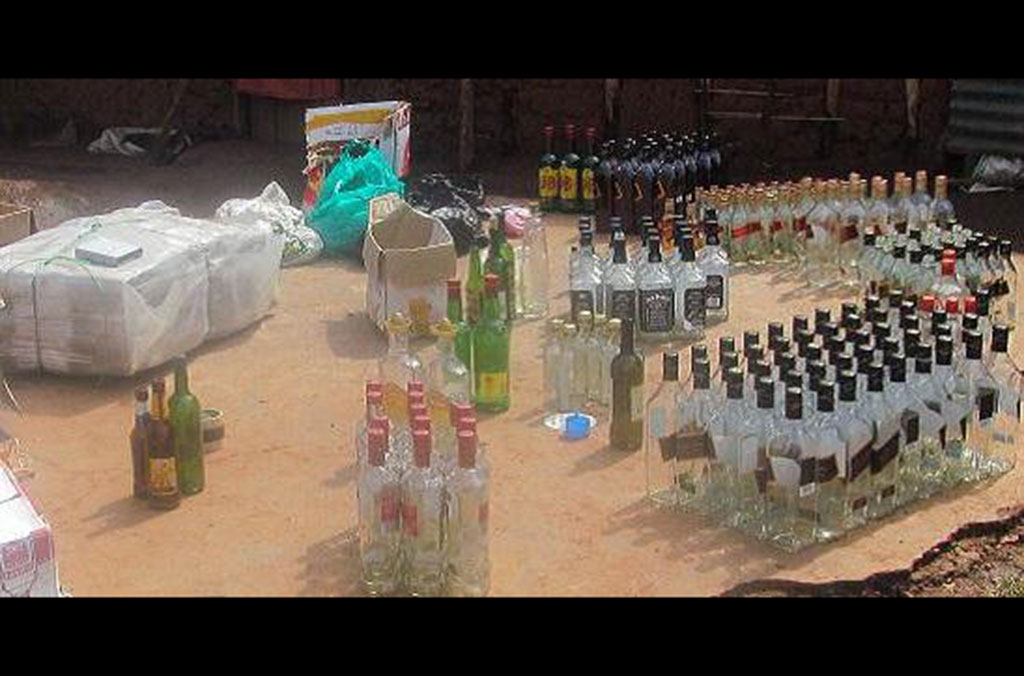 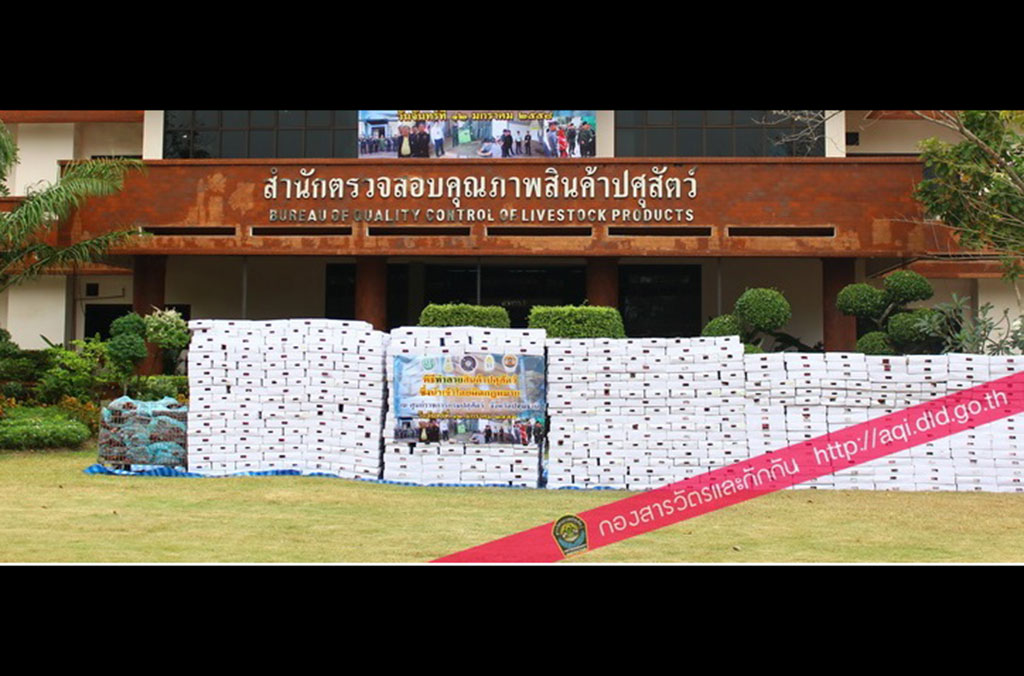 Thailand was one of 47 countries which took part in Operation Opson IV during which authorities found and destroyed some 85 tonnes of illegally imported meat. 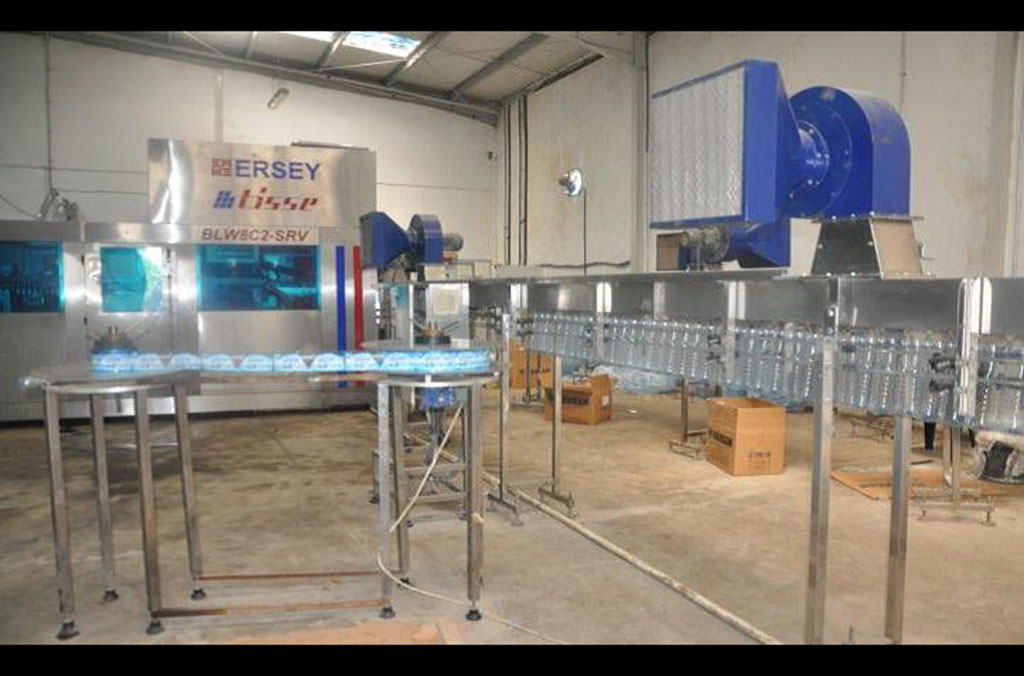 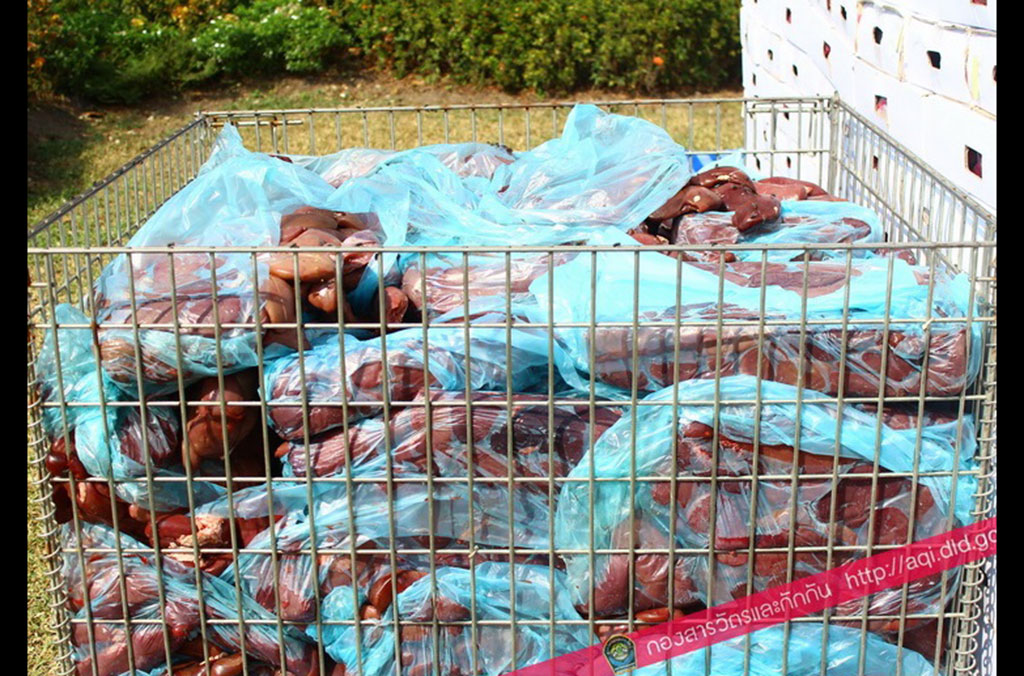 Some 85 tonnes of meat illegally imported into Thailand which had not been tested to ensure they complied with health and safety regulations were destroyed. 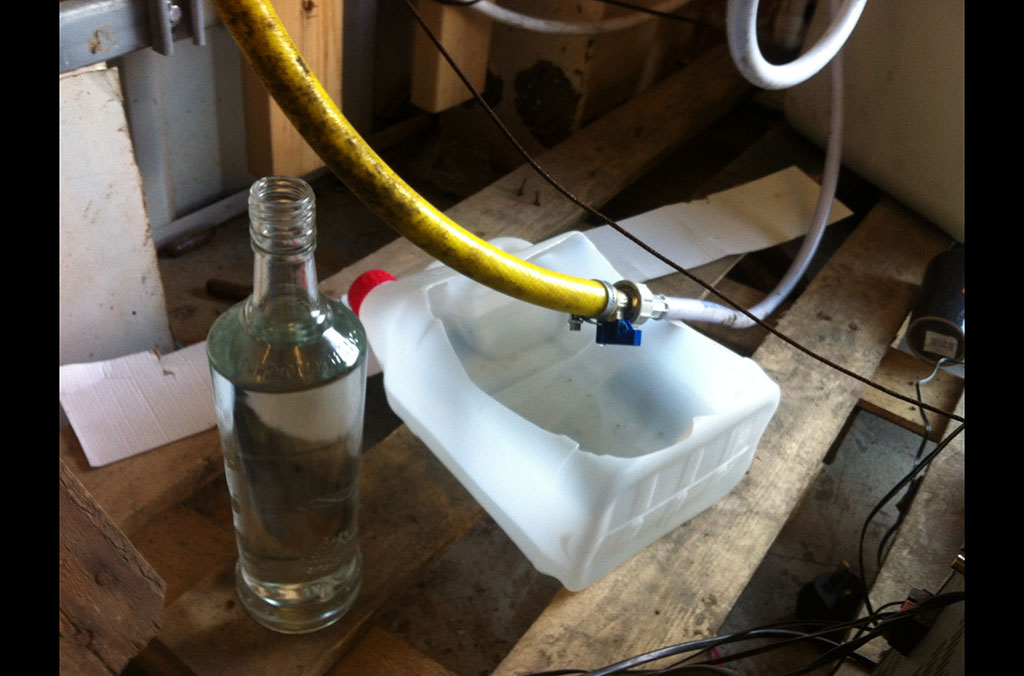 In the UK officers discovered more than 20,000 empty bottles, hundreds of empty five-litre antifreeze containers which had been used to make counterfeit alcohol, as well as a reverse osmosis unit used to remove the chemical’s colour and smell at a fake vodka bottling plant. 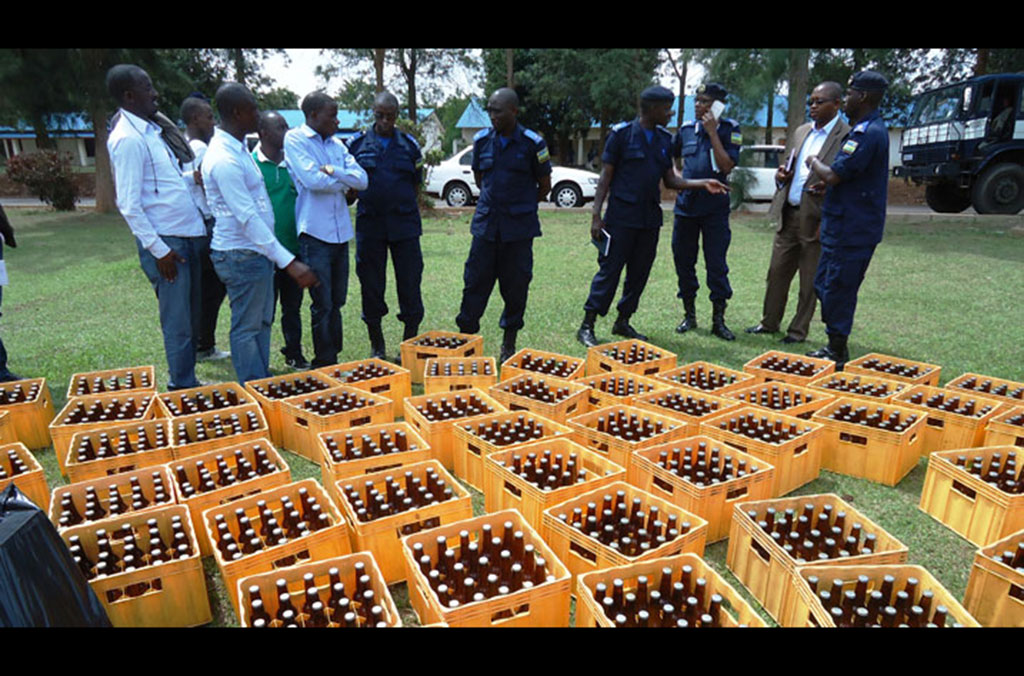 Police in Rwanda raided a shop selling fake beer where genuine bottles which had been previously collected were re-filled for sale with a locally brewed product. 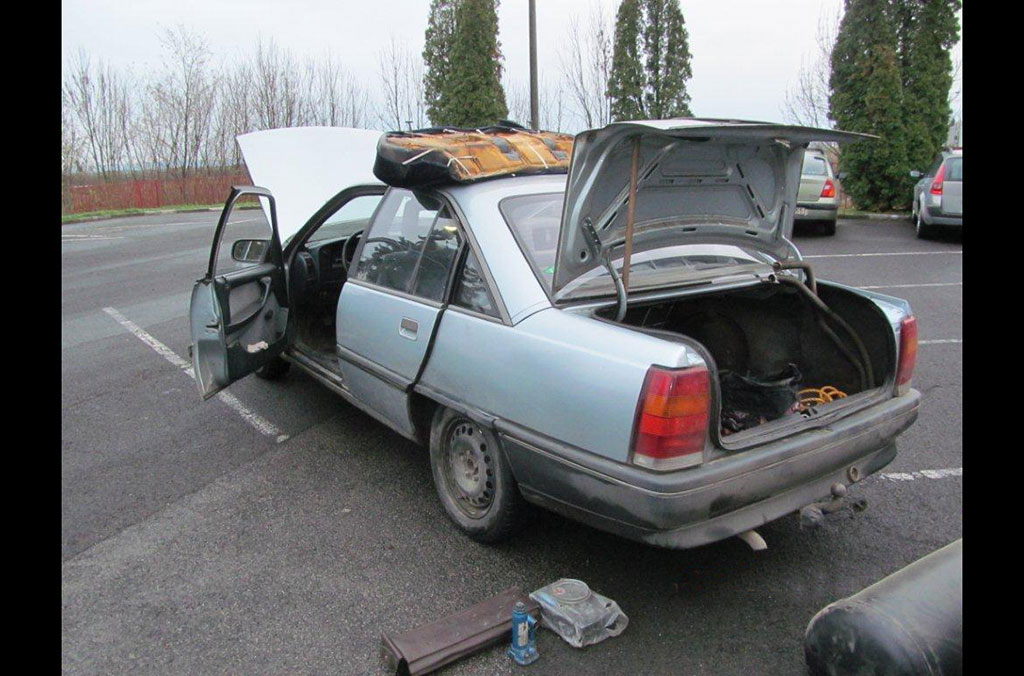 In Hungary officials seized a car which had been modified to incorporate hidden compartments to smuggle fake alcohol.

More than 2,400 checks and inspections were carried out by Spanish authorities during Opson IV resulting in the identification of a company selling coffee labelled as 100 per cent Arabica which was actually a mix of different low quality coffees. 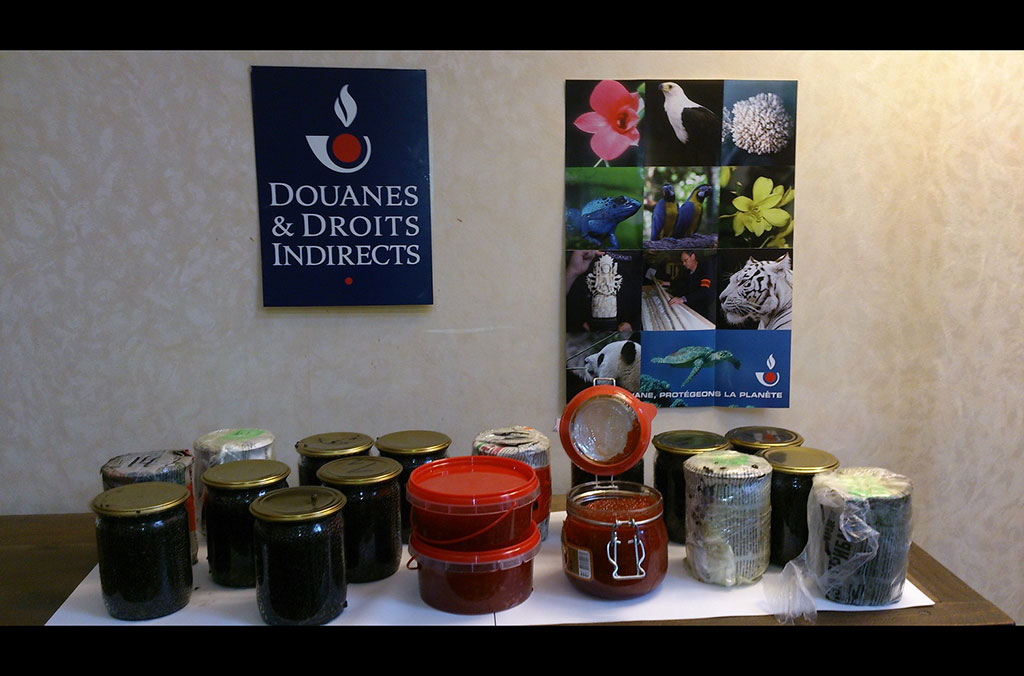 Some 10kg of caviar were discovered by French customs in passenger luggage during targeted checks at Roissy Charles de Gaulle airport in Paris.
/

Operation Opson IV, conducted during December 2014 and January 2015, resulted in the seizure of more than 2,500 tonnes of counterfeit and illicit food, including mozzarella, strawberries, eggs, cooking oil and dried fruit.

Italian officials seized 31 tonnes of seafood being sold as fresh but which had been frozen before being doused with a chemical substance containing citric acid, phosphate and hydrogen peroxide to make the catch appear freshly caught. In South Sudan an unlicensed water bottling plant was shut down, and Egyptian authorities seized 35 tonnes of fake butter and dismantled a factory producing fake tea.

Of the nearly 275,000 litres of drinks recovered across all regions, counterfeit alcohol was among the most seized product, including in the UK, where a plant making fake brand-name vodka was raided. Officers discovered more than 20,000 empty bottles ready for filling, hundreds of empty five-litre antifreeze containers which had been used to make the counterfeit alcohol, as well as a reverse osmosis unit used to remove the chemical’s colour and smell.

In Uganda, police seized bottles of fake whisky, and in Rwanda officers raided a shop selling fake beer where genuine bottles which had been previously collected were re-filled for sale with a locally brewed product.

“Fake and sub-standard food and drink pose a real threat to health and safety. People are at serious risk and in some cases dying because of the greed of criminals whose sole concern is to make money,” said Michael Ellis, head of INTERPOL’s Trafficking in Illicit Goods and Counterfeiting unit which coordinated activities between the world police body’s participating countries across the globe. “Through this operation, thousands of tonnes of potentially hazardous food and drink have been taken out of circulation.”

“This year again, the results from Opson clearly reflect the threat that food fraud represents, as it affects all types of products and all regions of the world. Cooperation at national and international level is indispensable to disrupt the criminal gangs involved in this business,” said Chris Vansteenkiste, head of Europol’s Focal Point Copy who coordinated the activities in Europe.

An illegal slaughterhouse was shut down in Hungary, where officials also seized a car which had been modified to incorporate hidden compartments to smuggle fake alcohol. An investigation is ongoing in Norway following the seizure of counterfeit water bottles. The US Food and Drugs Administration focused efforts on dietary supplements sent by mail with inspections at Los Angeles Airport resulting in the seizure of illicit substances.

Some 85 tonnes of meat illegally imported into Thailand without testing to ensure they complied with health and safety regulations were destroyed, and police also dismantled a criminal network producing fake whisky and seized nearly 20,000 litres of the counterfeit alcohol.

Authorities in Colombia, Ecuador, Paraguay, Peru and Uruguay focused their efforts at border control points. In addition to attempting to evade paying duties, goods are often transported, packaged or stored in conditions which may pose health risks to consumers.

Operation Opson IV resulted in a number of arrests across the globe and investigations are continuing. Among the aims of the operation is to identify and disrupt the organized crime networks behind the trafficking in fake goods and enhance cooperation between the involved law enforcement and regulatory authorities.

The operation also supported one of the main goals of INTERPOL’s Turn Back Crime global awareness campaign, which is to educate society about the ways in which organized crime infiltrates our daily lives. Through developing awareness, the campaign can assist the public in protecting themselves from potentially life-threatening products such as fake or sub-standard food and drink.