LYON, France – A total of 115 countries have taken part in a global operation targeting the criminal networks behind the sale of fake medicines via illicit online pharmacies, resulting in 156 arrests worldwide and the seizure of USD 81 million worth of potentially dangerous medicines. 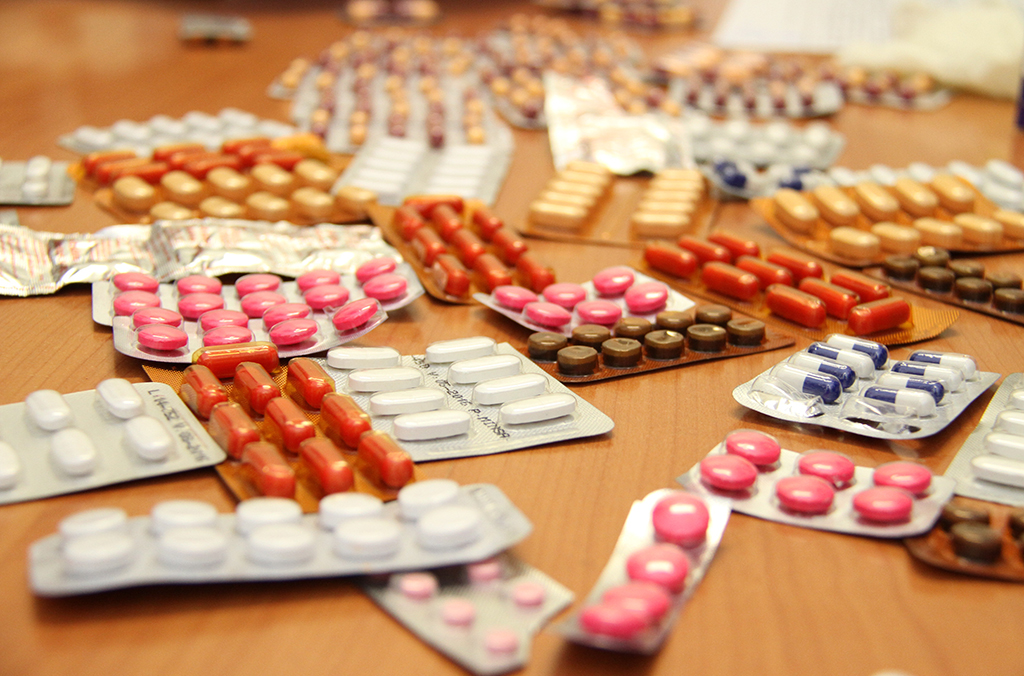 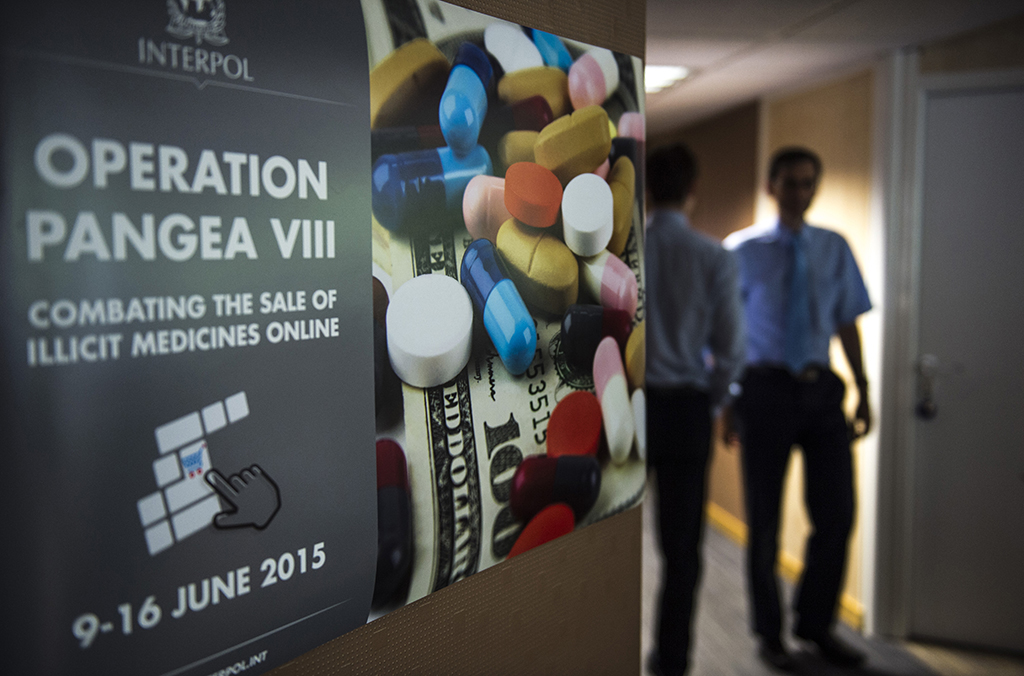 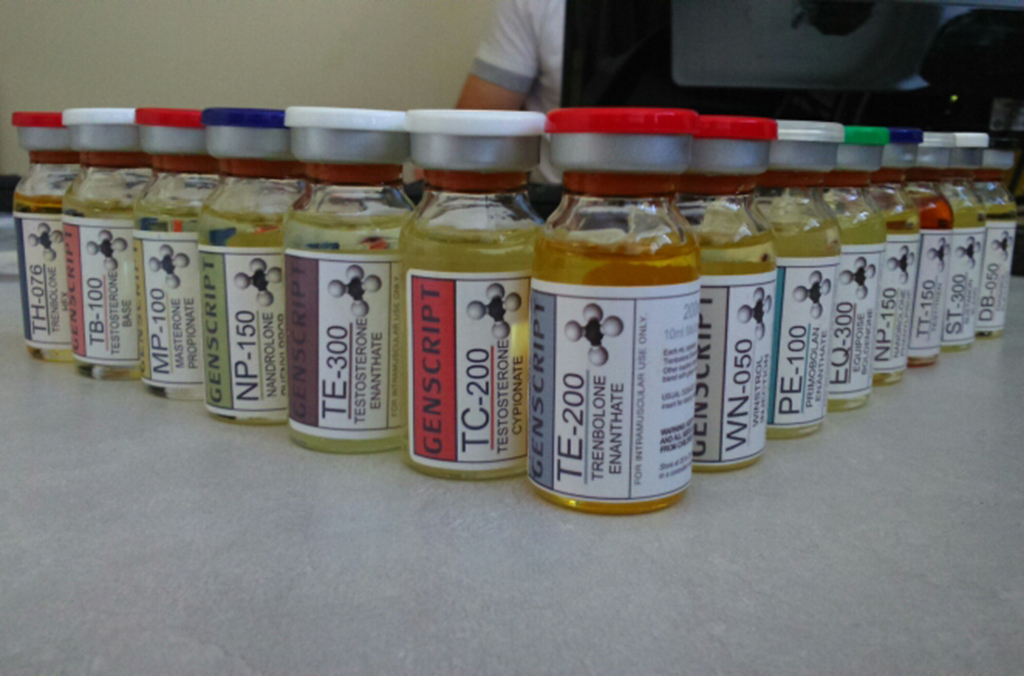 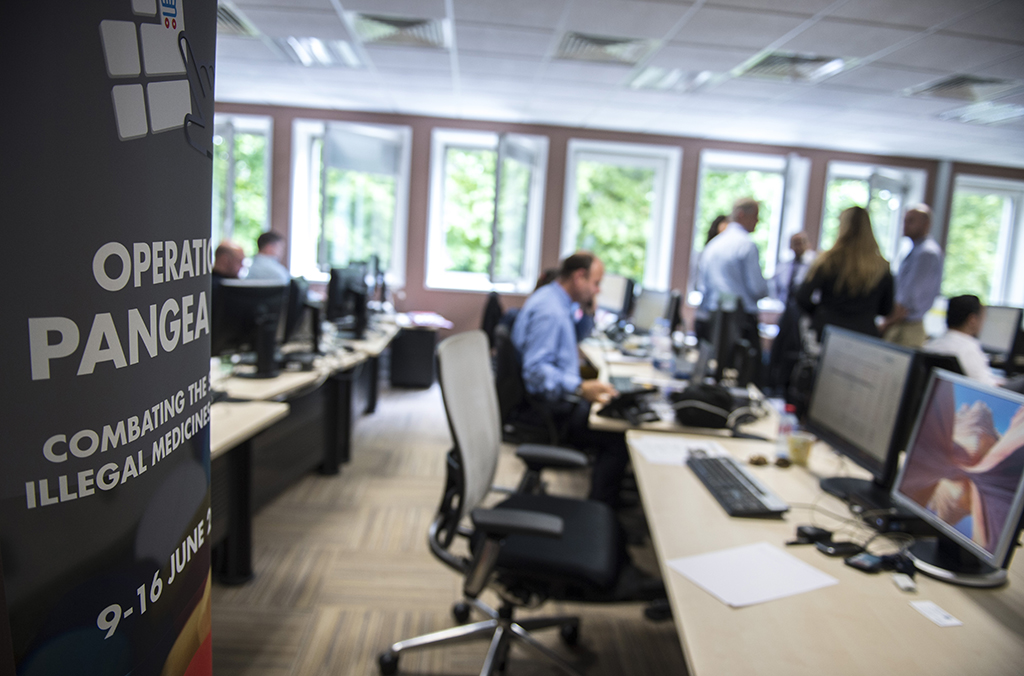 Operation Pangea VIII was coordinated by INTERPOL, together with the World Customs Organization, the Permanent Forum of International Pharmaceutical Crime, the Heads of Medicines Agencies Working Group of Enforcement Officers, Europol and the Pharmaceutical Security Institute. 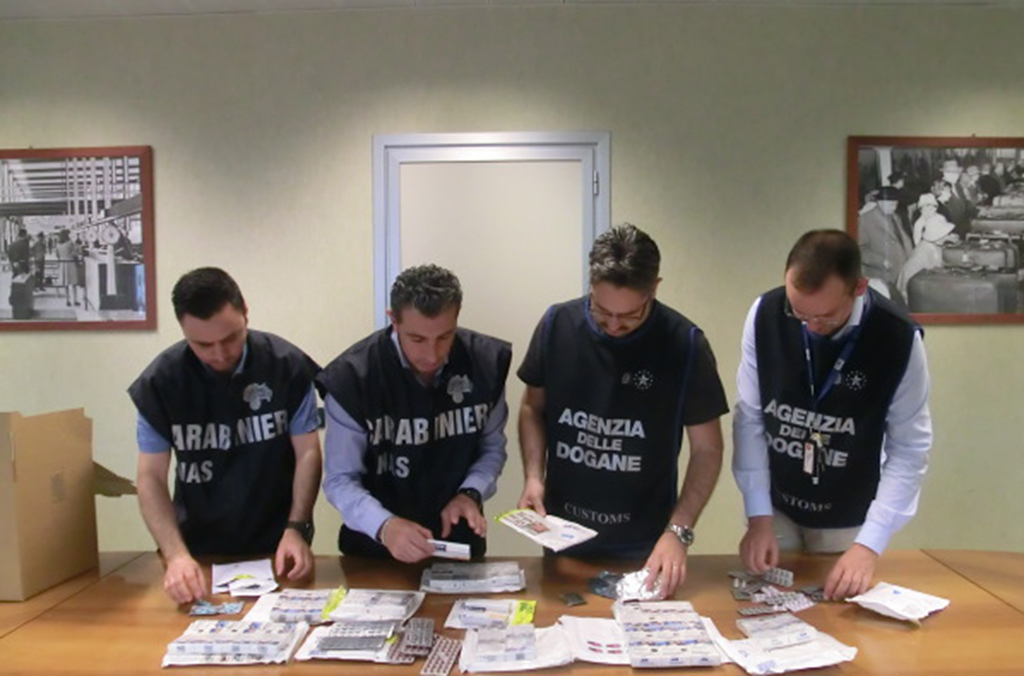 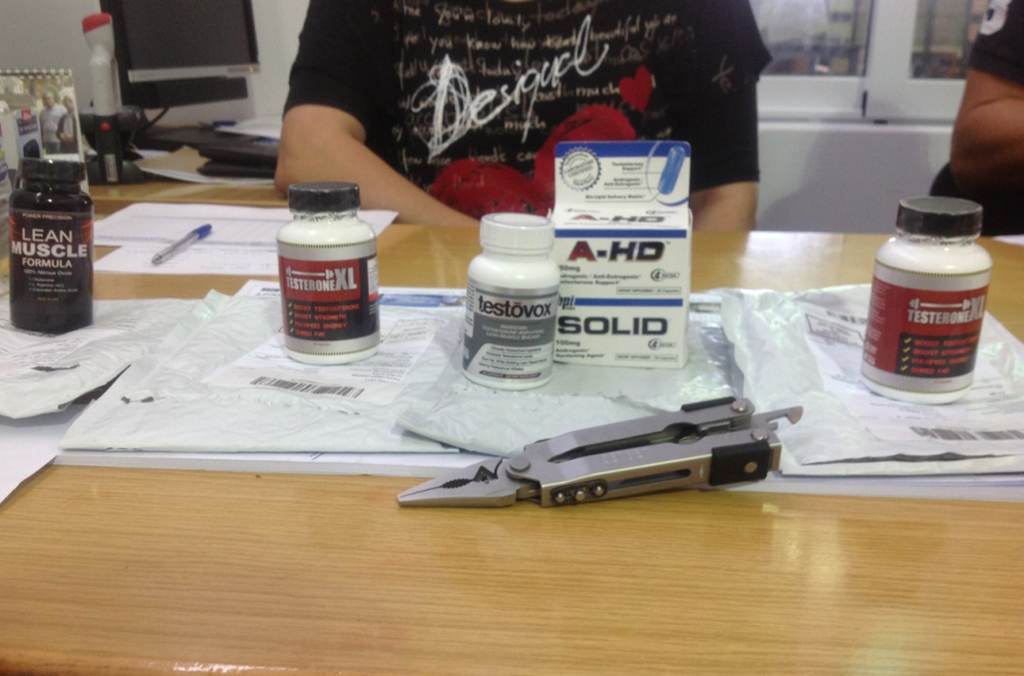 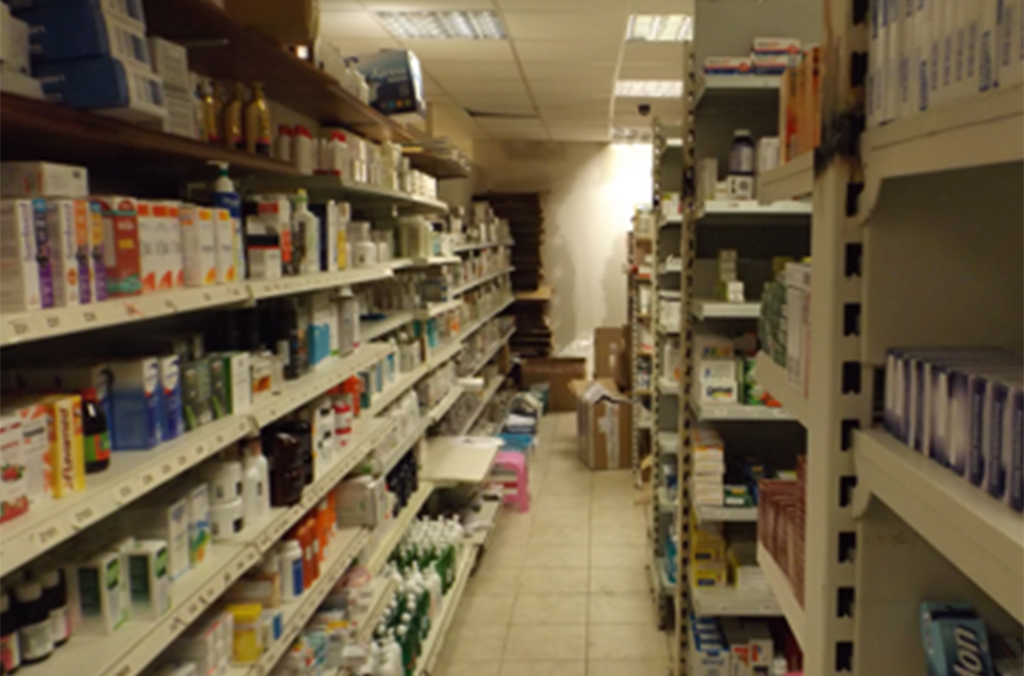 This seemingly regular pharmacy in the UK was in fact unlicensed and selling illicit medicines online. It was shut down by UK authorities. 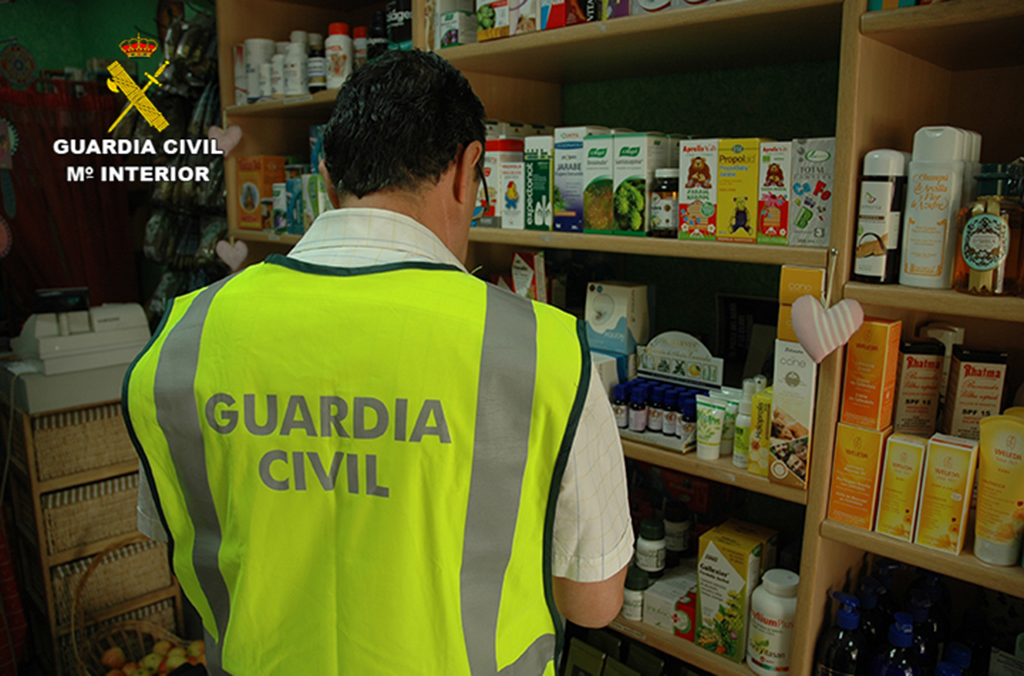 During the operation, raids were conducted at addresses linked to illicit online pharmacies, and packages were inspected and seized by customs and regulatory authorities. 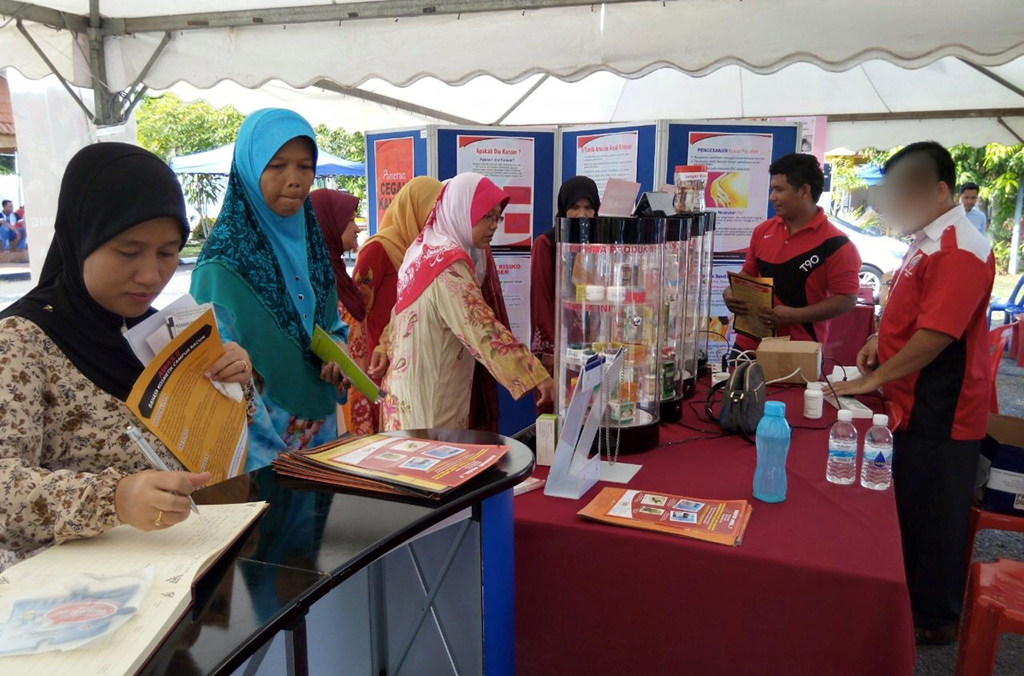 Countries also conducted awareness raising activities to warn the public of the dangers of illicit medicines. 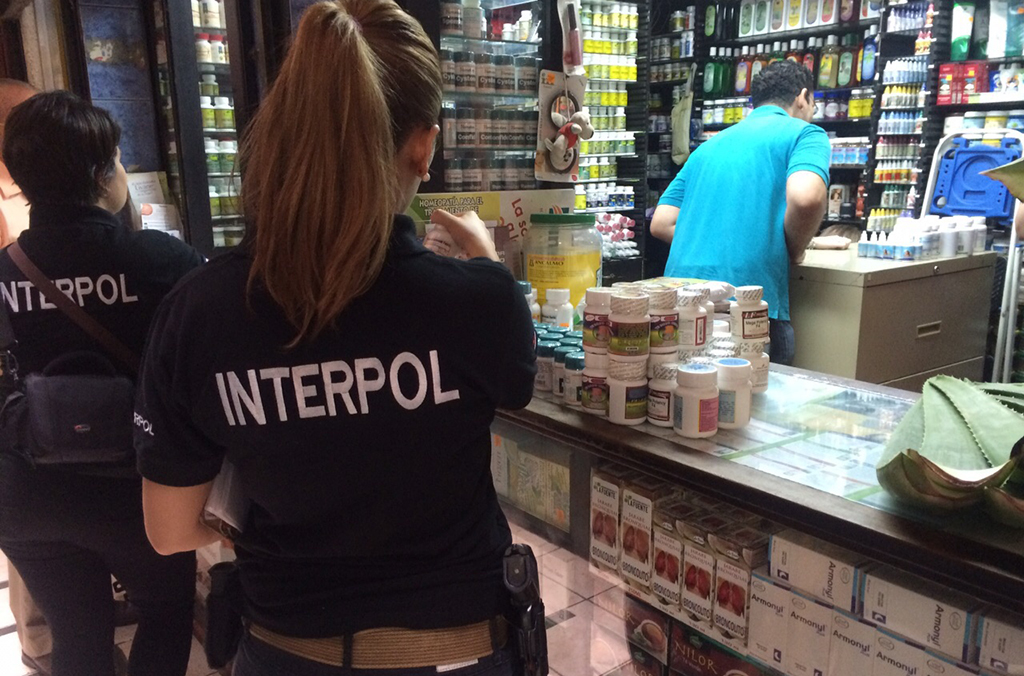 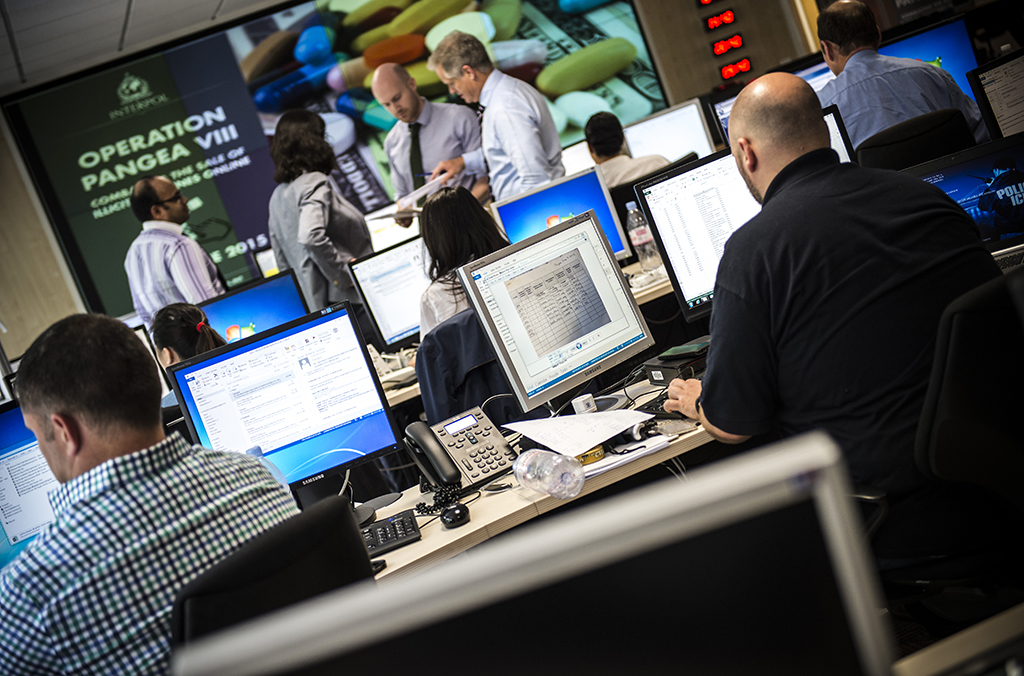 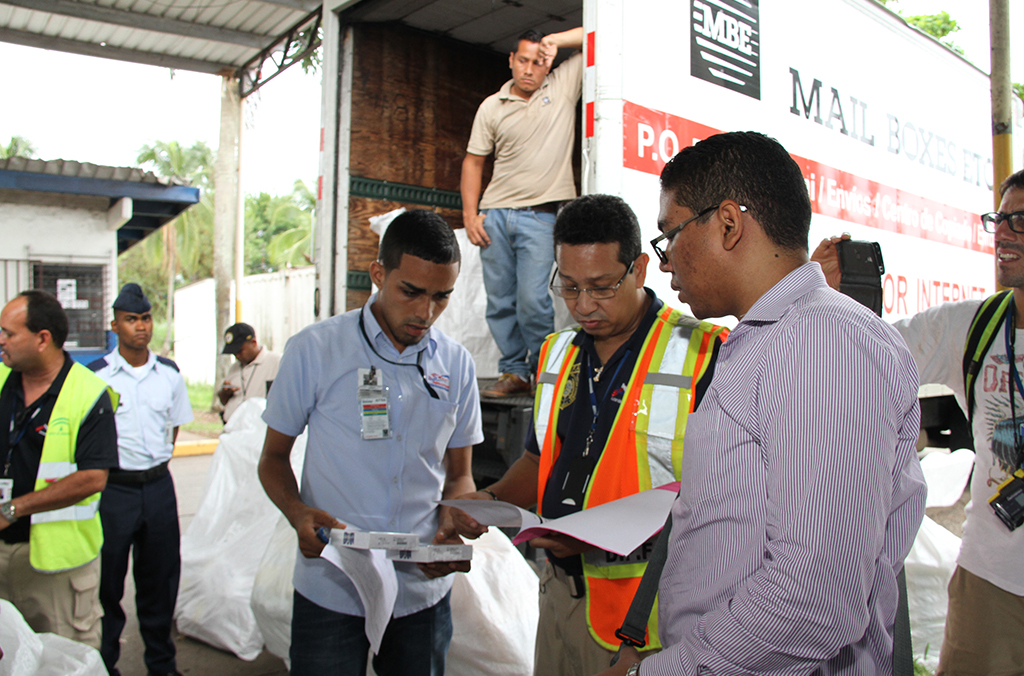 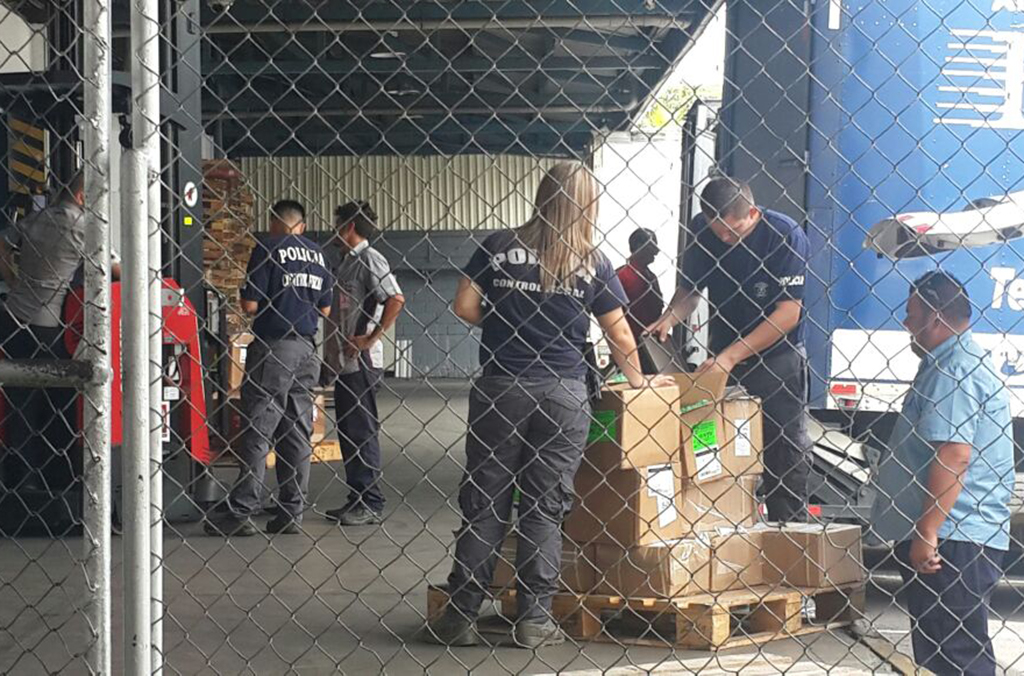 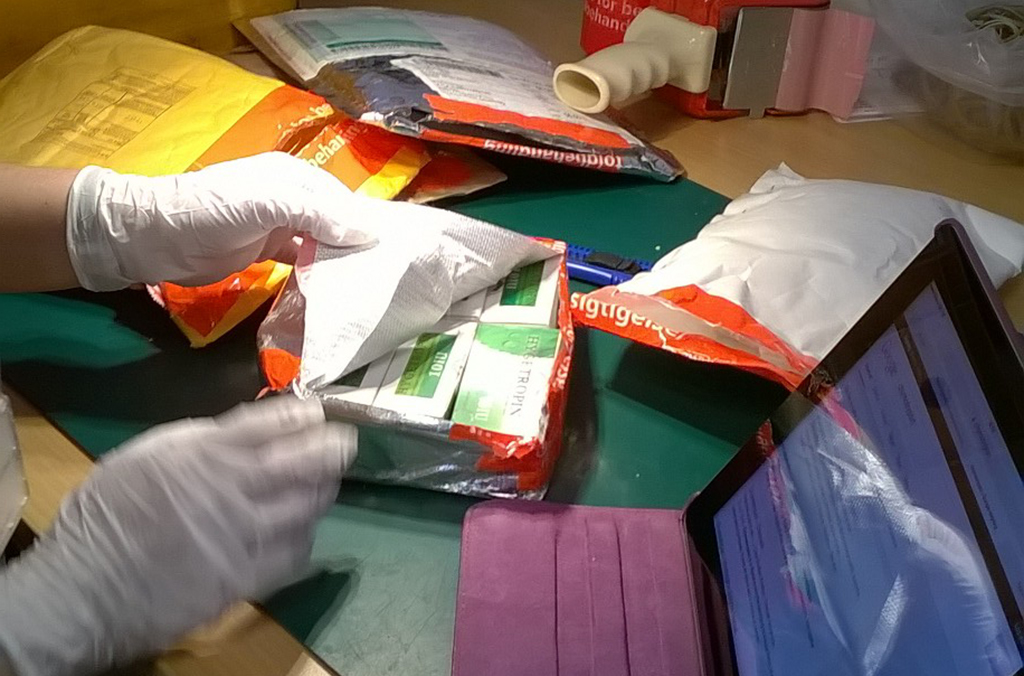 The action resulted in 156 arrests, the launch of 429 investigations and the suspension of 550 online adverts for illicit pharmaceuticals. 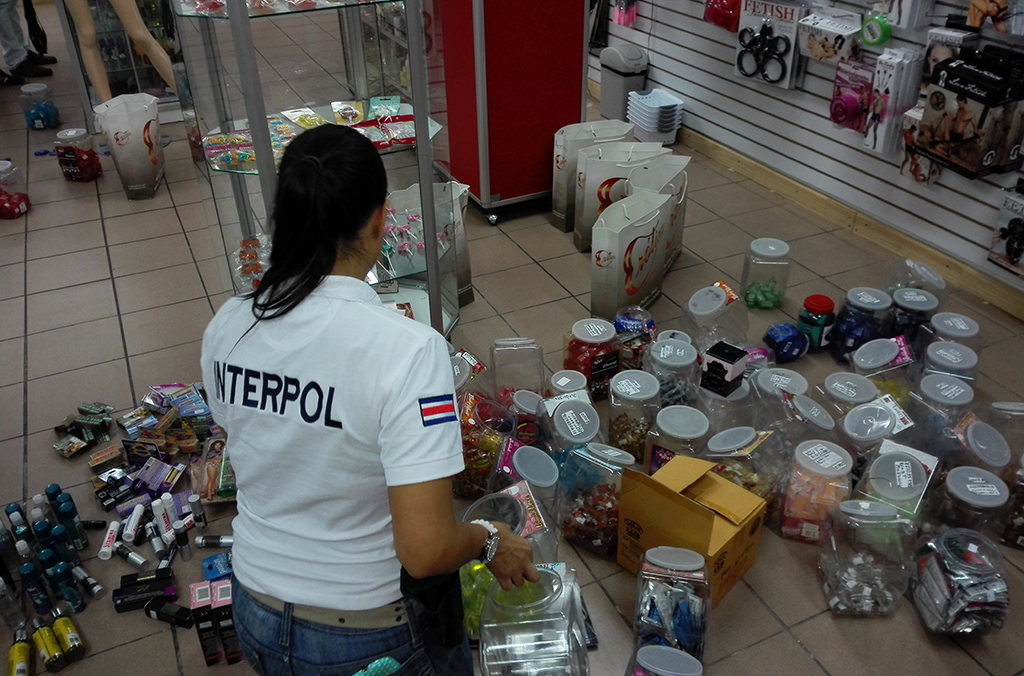 A total of 236 police, customs and health regulatory agencies from 115 countries took part in the global operation. 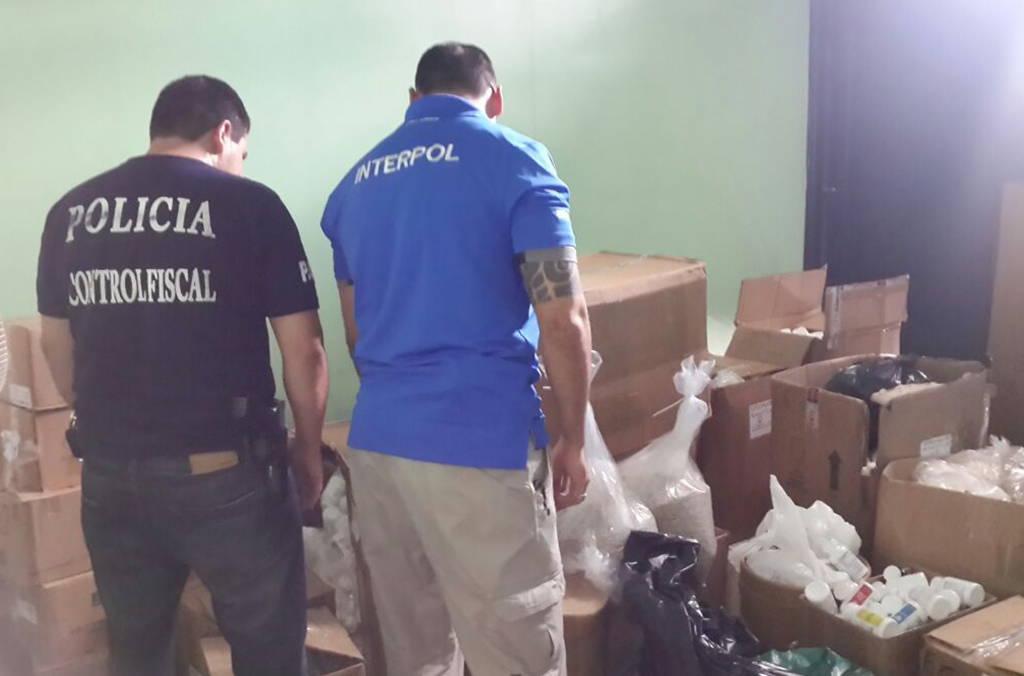 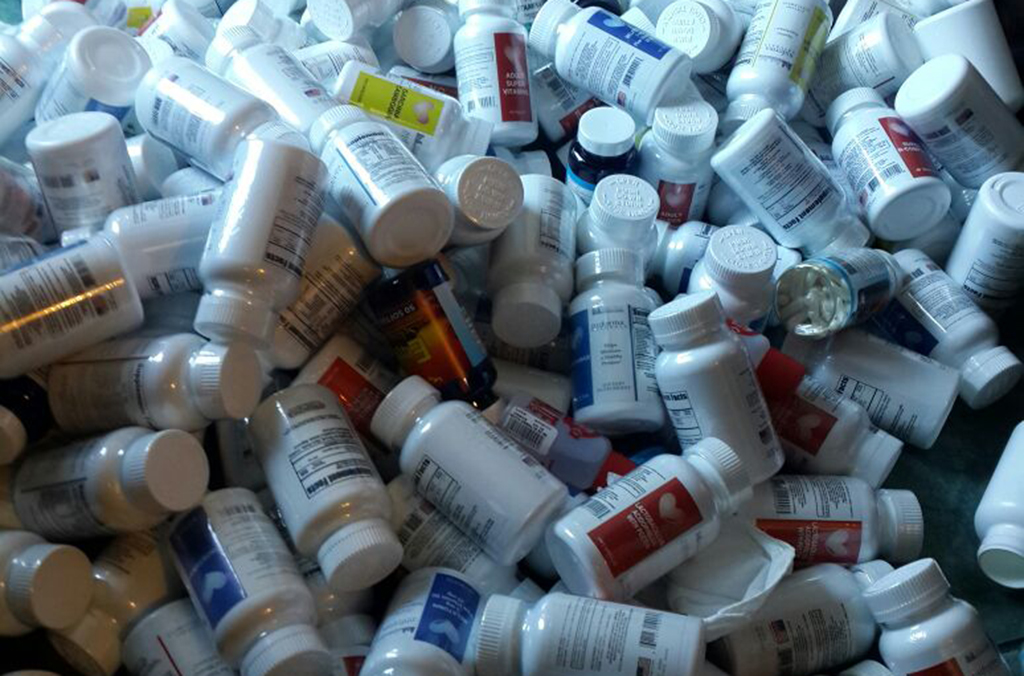 Private sector partners from the Internet and payment industries also supported the operation. 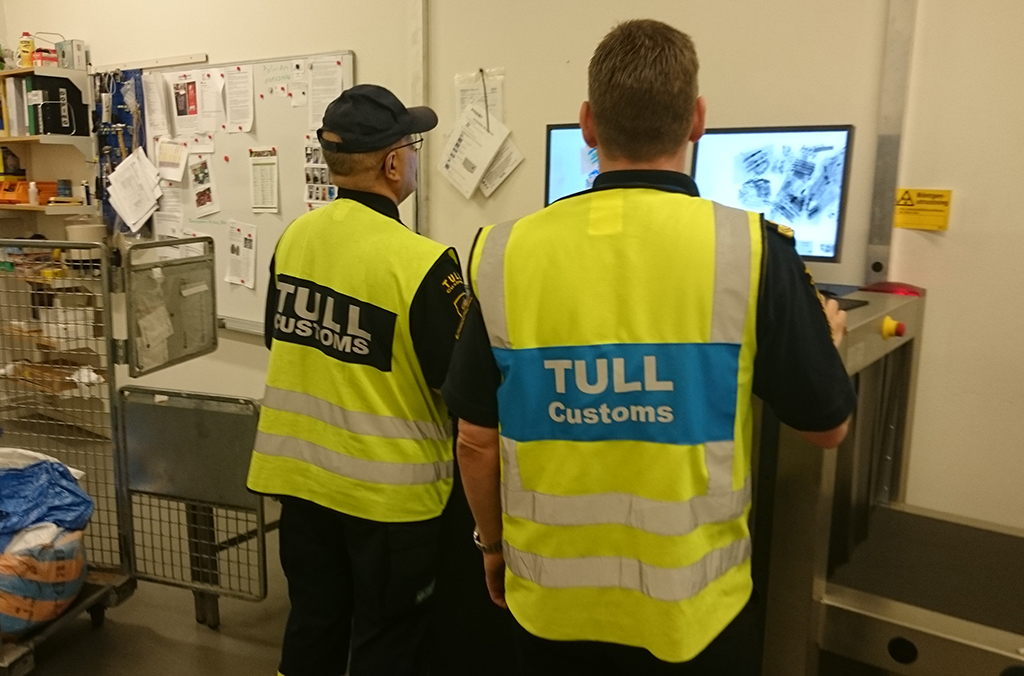 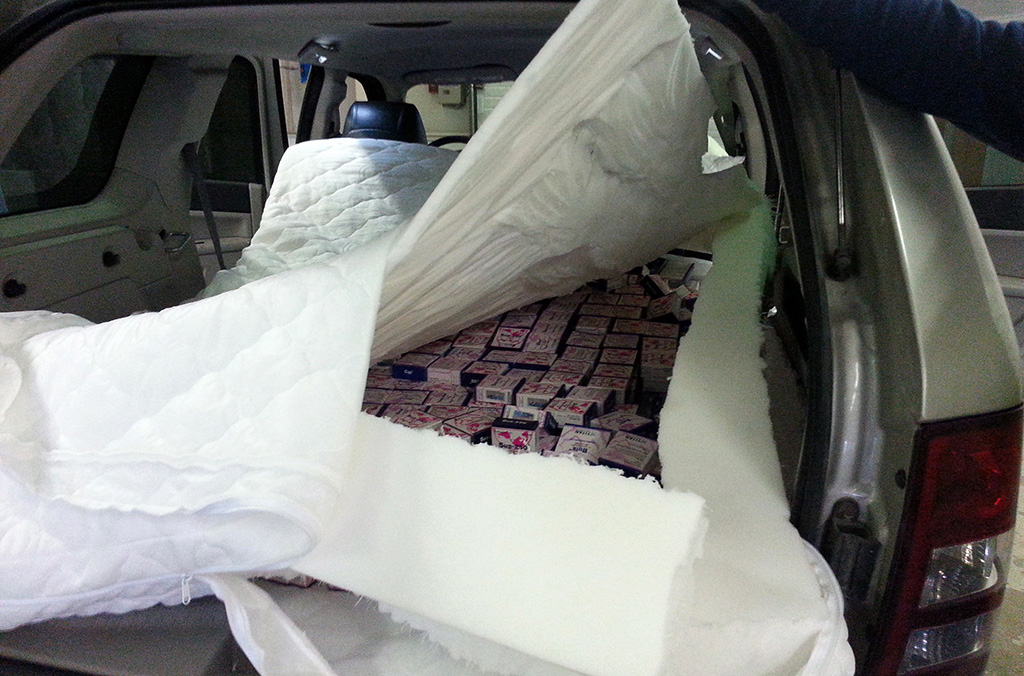 Aside from medicines, a new focus of the operation this year was on counterfeit medical products.
/

Operation Pangea VIII was the largest ever Internet-based operation focusing on the illicit sale of medicines and medical devices via the Internet, with the participation of 236 agencies from police, customs and health regulatory authorities. Private partners from the Internet and payment industries also supported the operation, which saw a record number of 20.7 million illicit and counterfeit medicines seized – more than twice the amount confiscated during the 2013 operation.

The action resulted in the launch of 429 investigations, the suspension of 550 online adverts for illicit pharmaceuticals and 2,414 websites taken offline.

The UK Medicines and Healthcare Products Regulatory Agency (MHRA) Head of Enforcement, Alastair Jeffrey, said: “The MHRA are committed to tackling the illegal trade in medical products and have been working with counterparts across the globe to close down websites and social media sites illegally advertising and selling these products. Criminals involved in the supply of medical products have no interest in your health; it is simply your money they want. Buying medicines from unregulated Internet sites can be risky – you are gambling with your health.”

In addition to interventions on the ground, which included the discovery of an illicit warehouse full of counterfeit and expired medicines in Indonesia, the operation also targeted the main areas exploited by organized crime in the illegal online medicine trade: rogue domain name registrars, electronic payment systems and delivery services.

Operation Pangea VIII was coordinated by INTERPOL, together with the World Customs Organization (WCO), the Permanent Forum of International Pharmaceutical Crime (PFIPC), the Heads of Medicines Agencies Working Group of Enforcement Officers (WGEO), Europol and the Pharmaceutical Security Institute (PSI), and supported by the Center for Safe Internet Pharmacies (CSIP) and private sector companies including LegitScript, Google, MasterCard, Visa, and PayPal.

As well as raids at addresses linked to the illicit pharmaceutical websites, some 150,000 packages were inspected by customs and regulatory authorities, of which 50,000 were seized during the international week of action (9 – 16 June).

International collaboration between Canada, France, the UK, the US, INTERPOL and the private sector resulted in the closure of two Internet domain names selling the potentially lethal and illicit diet drug 2.4-dinitrophenol (DNP) after one woman died in the UK and a French man was left seriously ill after taking the substance purchased from these sites.

At the request of French authorities, INTERPOL issued an Orange Notice warning about the dangers of DNP, and through Operation Pangea VIII, INTERPOL and the health authorities of Canada and the US convinced the Internet registrar to suspend the two domains known to be selling DNP.

Among the fake and illicit medicines seized during the operation were blood pressure medication, erectile dysfunction pills, cancer medication and nutritional supplements. In the case from Indonesia, authorities uncovered an operation where criminals were altering the expiry date or the amount of the active ingredient on packages of counterfeit, expired and unregistered medicines at the warehouse and returning them to a pharmacy for sale.

“Our efforts to protect the health of patients by preventing the online sale of potentially dangerous illegal medical products will not cease,” said George M. Karavetsos, director of the US Food and Drug Administration (FDA) Office of Criminal Investigations.

“Operation Pangea VIII provides yet another avenue for the FDA to engage with our international law enforcement partners on these critical issues. We are not only pleased to be a part of this strong international enforcement effort, but resolved to do everything we can to ensure that the global problem of illegal internet drug and device sales is deterred as a result,” he added.

A new focus of the operation this year was on counterfeit medical products. For example, investigations in the US have raised awareness of the growing health risk posed by the use of illicit or mislabeled silicone injections in cosmetic procedures. If used incorrectly, or containing substances other than medical-grade silicone, the injections can cause serious medical complications.

INTERPOL’s Executive Director of Police Services Tim Morris said: “More and more people are using the Internet to purchase everyday items, and criminals are taking advantage of this trend to deceive customers into buying fake and even dangerous medicines and medical products online, with no concern to the health risks this poses.”

He highlighted a case in the UK where authorities discovered an illegal online pharmacy selling unlicensed medicines obtained from another country. Police and the MHRA raided a premises connected to the website – which was arranged to look like a legal pharmacy – and seized 60,000 units of potentially dangerous medicines worth an estimated USD 2.4 million.

The participation of Google, one of the world’s largest Internet companies, underscored the importance of collaboration between law enforcement and the private sector in combating online pharmaceutical crime.
“Google has long recognized the importance of working with law enforcement and others to collectively frustrate the business operations of rogue online pharmacies. Our involvement in Operation Pangea is yet another way to make it even harder for rogue actors to harm Internet users,” said Adam Barea, Legal Director at Google.
A dedicated operations centre at INTERPOL’s General Secretariat headquarters in Lyon served as the central hub for information exchange among the participating countries and agencies. From this base, the WCO coordinated activities between participating customs administrations and the Pangea team via its secure messaging system, and a mobile Europol office in Vienna, Austria also conducted cross-checks.