VALLETTA, Malta – The Head of INTERPOL has said that security threats need to be addressed through greater use and support of existing global police structures.

“We have a strong relationship with police in Africa and Europe, and for decades have helped bring them together. Our experience working with police worldwide shows that results do not come from creating new, parallel structures to which police have to adapt to,” said Mr Stock.

“Instead, results come from investing in structures that have already been embraced and shown their value in the field. We do not need to reinvent the wheel, but rather, make it fit for a modern landscape.”

The summit heard that INTERPOL coordinates its activities across Africa through its network of National Central Bureaus and four Regional Bureaus.

“Our sustained presence and engagement with Africa has helped us to acquire experience and insight into the unique needs of police there. These are critical when it comes to the urgent police action required against organized crime groups which see migrants as a commodity,” said Mr Stock. 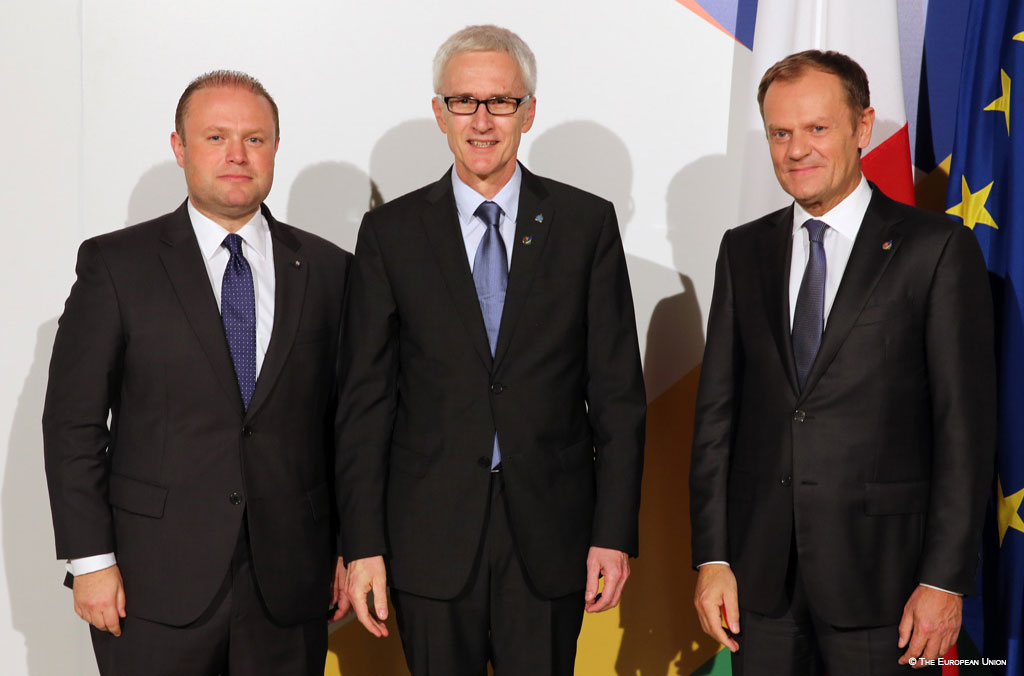 The summit in Malta will produce a Valletta Action Plan on migration challenges. 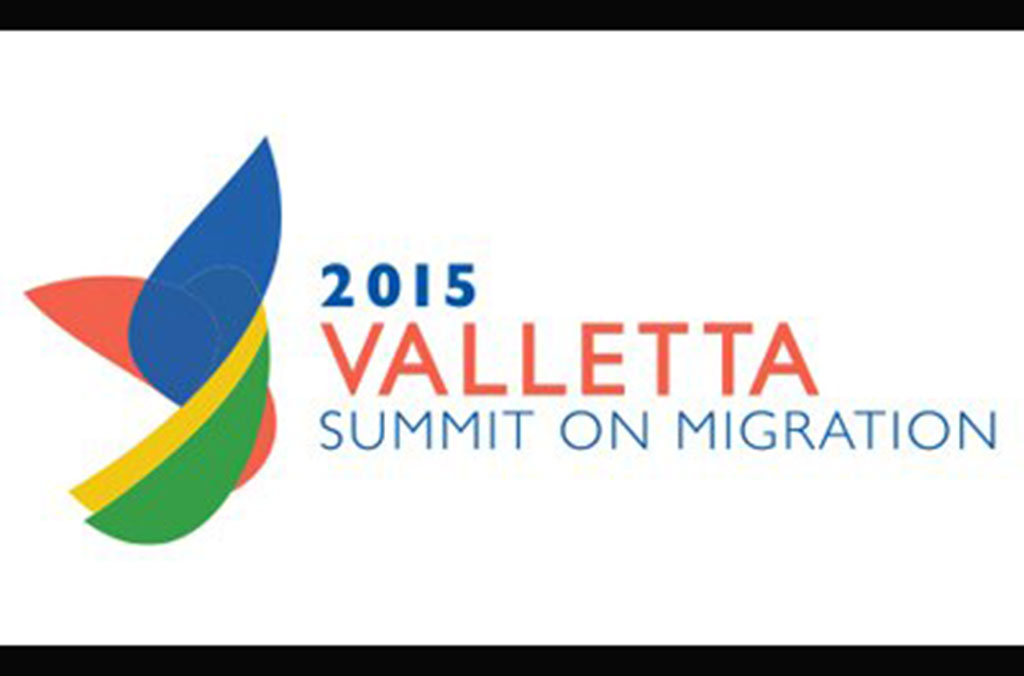 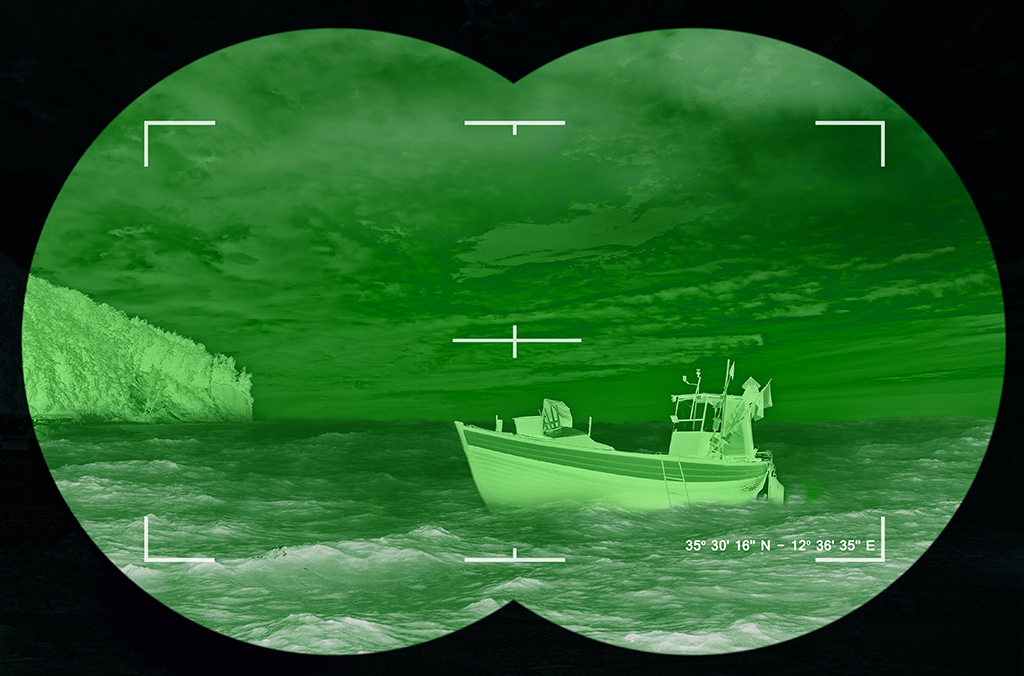 INTERPOL is working to conduct fugitive operations with police in Africa, focusing on suspected and wanted individuals connected to migrant smuggling. 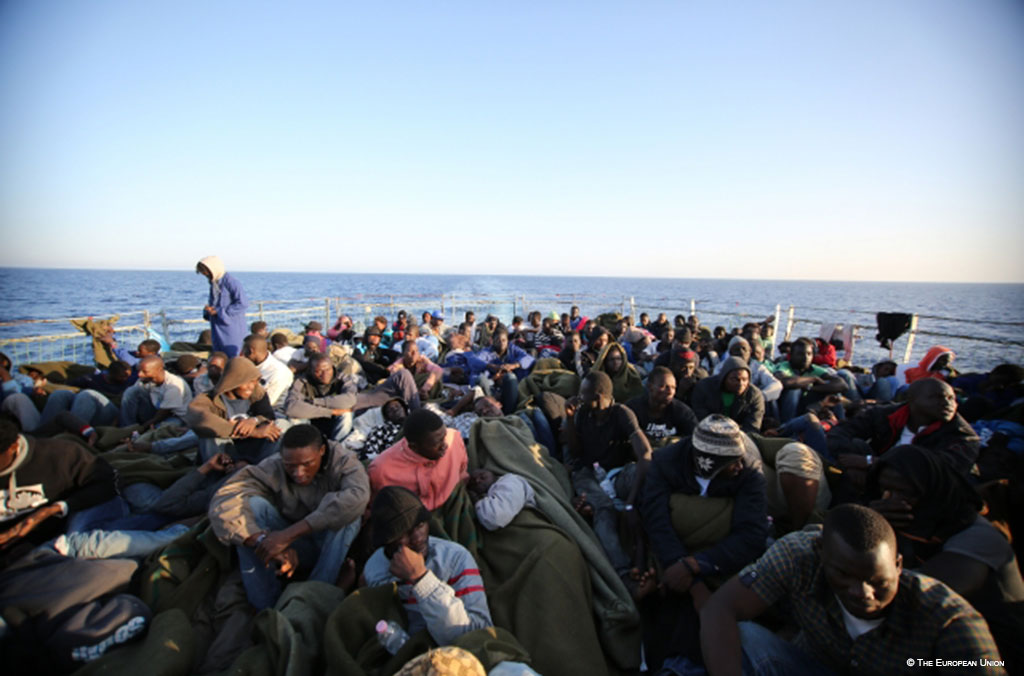 For INTERPOL, urgent police action is required against organized crime groups which see migrants as a commodity. 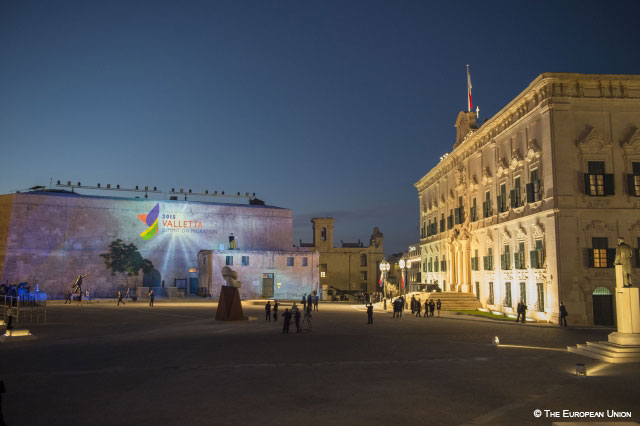 European Union and African leaders gathered in Malta to discuss measures to stem the flow of people into Europe. 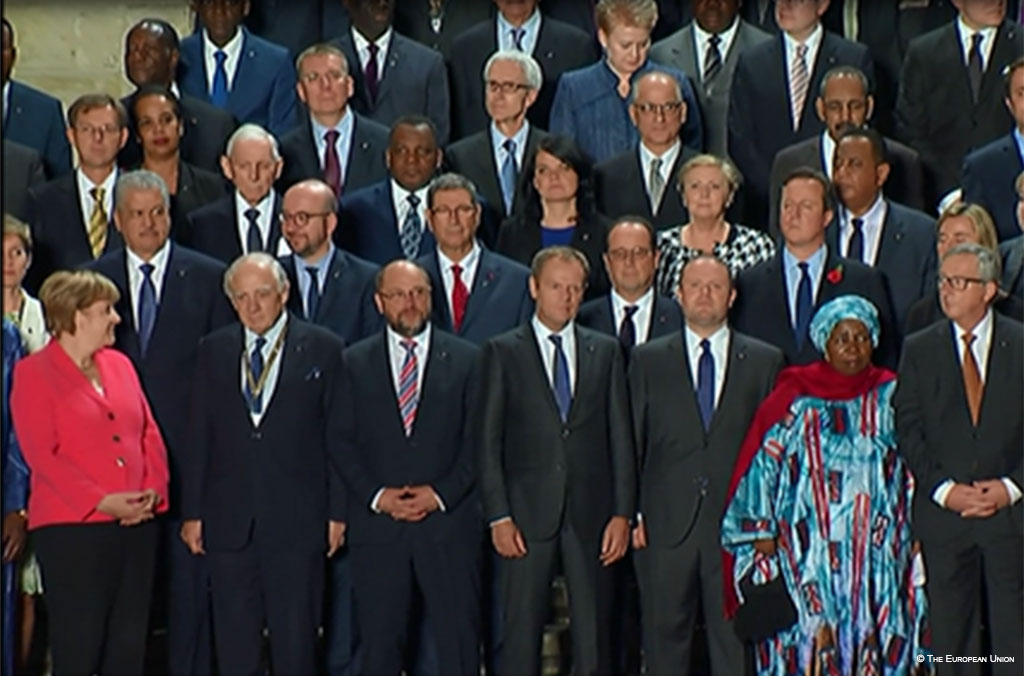 Enhancing international cooperation to tackle the migration crisis is a focus of the Malta summit. 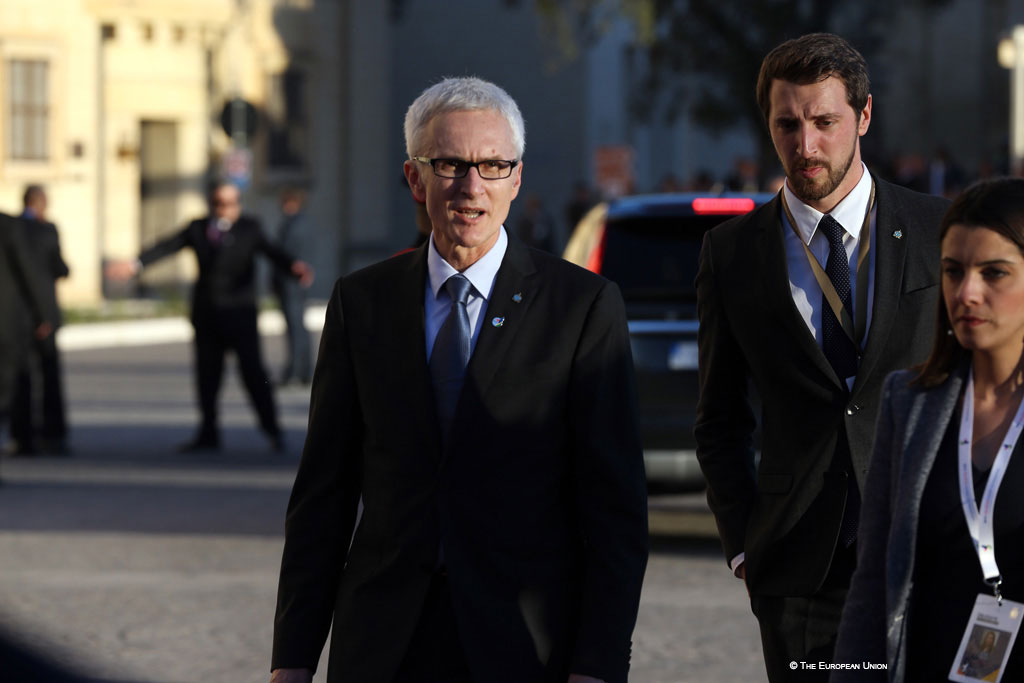 INTERPOL Secretary General Stock joined some 60 leaders from Europe and Africa at the Valletta Summit on Migration. 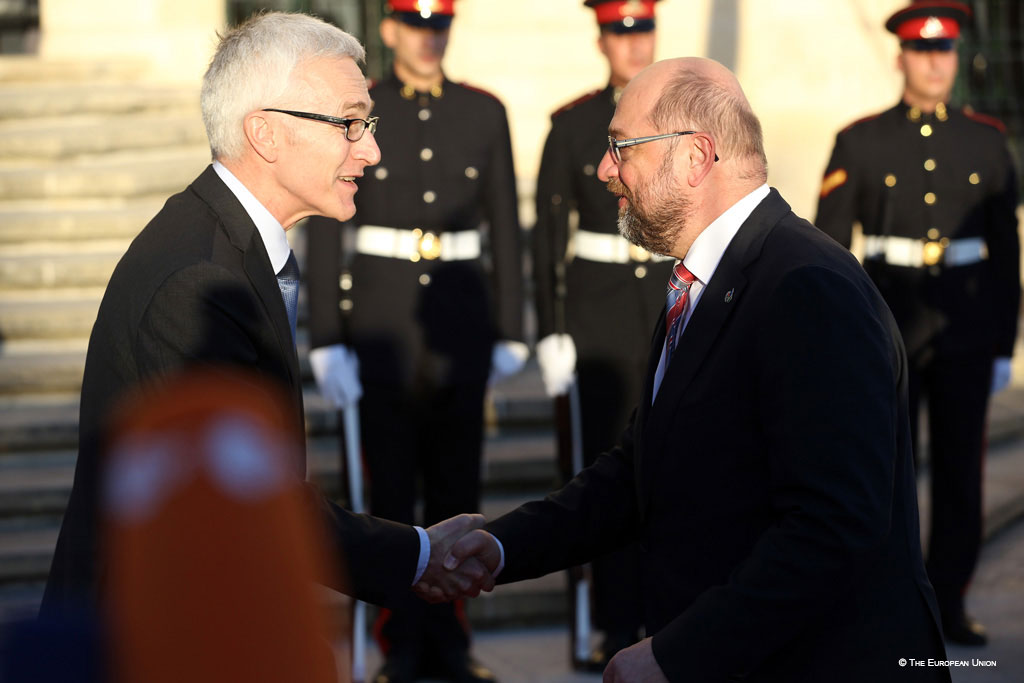 INTERPOL Secretary General Stock with the President of the European Parliament, Martin Schultz (pictured right), at the Valletta summit. 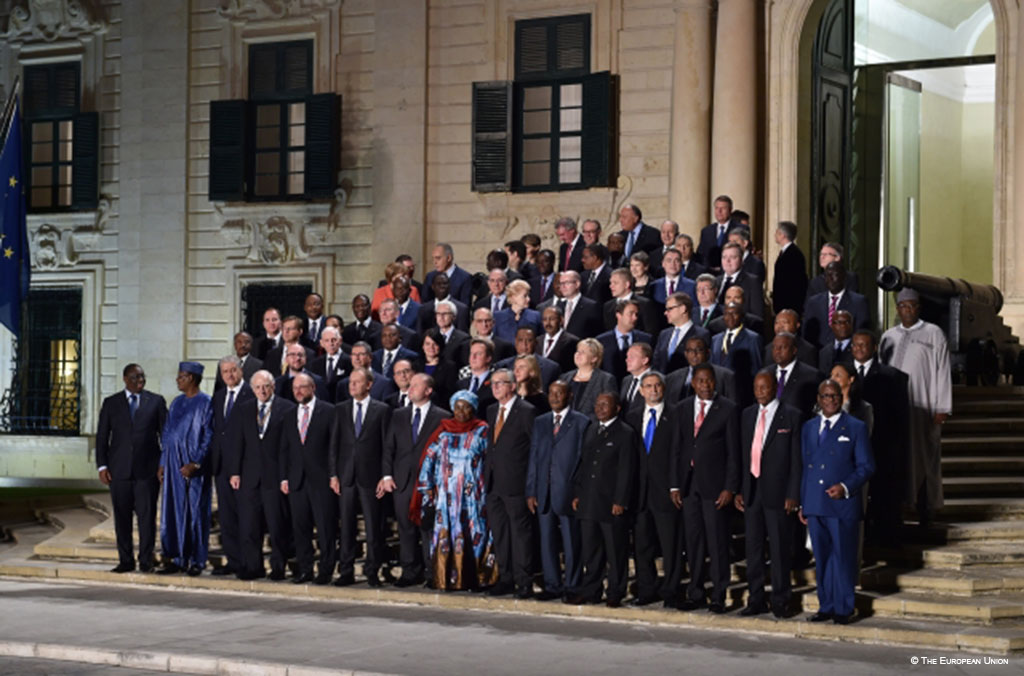 With nearly 60 million people forcibly displaced globally, according to the UN, INTERPOL’s focus is on the transnational organized crime groups taking advantage of the migration crisis to make huge profits with little or no regard for the safety of migrants. They also exploit new technologies and financial systems to make profits from vulnerable people which are then used to fund other crimes.

“We are now implementing our strategy against these groups, which strongly aligns with the Valletta Action Plan. But this strategy requires greater support and participation to make it as effective, and sustainable as possible," concluded the INTERPOL Chief.

Building on its existing capabilities, INTERPOL is working to conduct fugitive operations with police in Africa, focusing on suspected and wanted individuals connected to migrant smuggling.

It has mobilized its operational and investigative network of specialists, facilitating communication and bilateral intelligence exchange. It is also looking to enhance police capacity in key African areas and border regions active with migrant smuggling groups.

An international operational forum on irregular migration was held last month in Lyon, France by INTERPOL and Europol. Involving countries from Europe and Africa, it outlined a series of measures against the organized criminal networks behind people smuggling. A follow-up meeting will be held in The Hague in February 2016.