LYON, France – Evidence gathered by an INTERPOL Incident Response Team (IRT) following the release of the hijacked oil tanker Irene SL in April 2011 is to be used by Greece in its first maritime piracy prosecution. 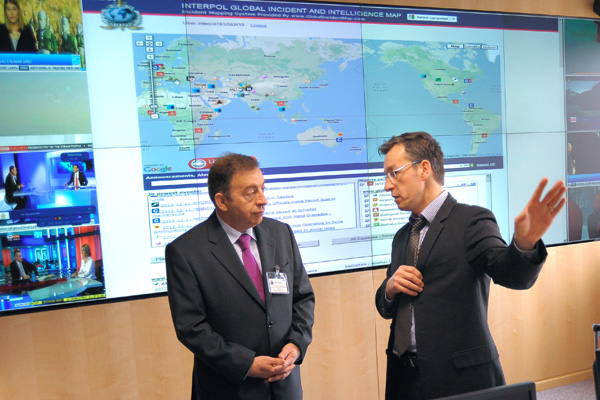 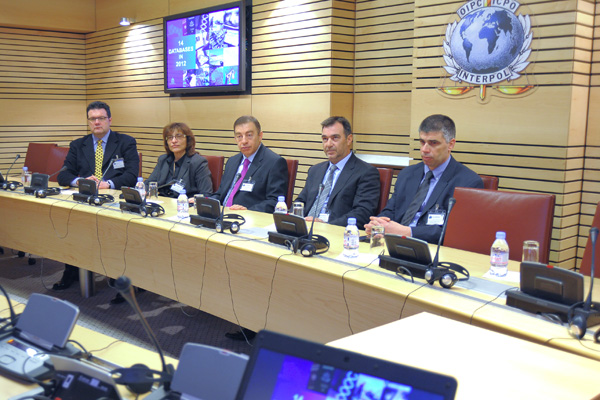 A delegation from Greece, headed by Chief of the Hellenic Police, Lieutenant General Nikolaos Papagiannopoulos (centre), visited the INTERPOL General Secretariat in Lyon. 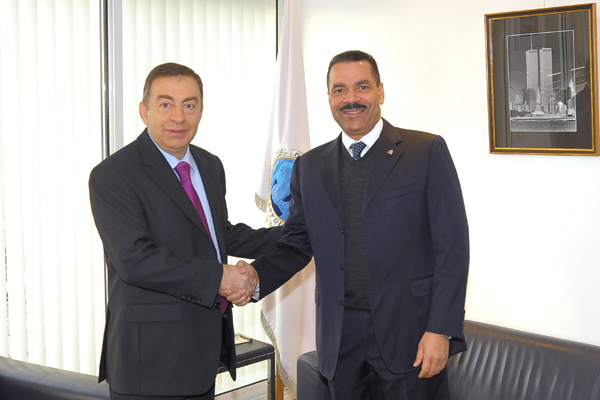 The announcement comes during a meeting between Chief of the Hellenic Police Lieutenant General Nikolaos Papagiannopoulos and INTERPOL Secretary General Ronald K. Noble at the world police body’s General Secretariat headquarters to identify ways for additional support to be provided to the Greek police.

The IRT, supported by the South African Police Service and in coordination with European Union Naval Force (EU NAVFOR) and INTERTANKO, was deployed to Durban in South Africa to conduct a crime scene investigation and debriefing of the hostages on board the Irene SL, following its release by Somali pirates 58 days after the vessel was hijacked off the coast of Oman.

Several of the crew members on board were also able to identify four of their captors from an INTERPOL photo album on maritime piracy, containing images provided by member states and naval forces operating in the Gulf of Aden and the Western Indian Ocean.

Secretary General Noble said that the case perfectly highlighted the benefits that INTERPOL brings to member countries and how information sharing and a collaborative approach is essential to addressing crime issues anywhere in the world.

“In these times of financial constraint the added value that INTERPOL and its global network brings to individual countries and global security is even clearer,” said the INTERPOL Chief.

“INTERPOL will continue to provide every support to Greece, and also calls on the global law enforcement community, countries and regional institutions to identify areas where they can support Greece in meeting the crime challenges which affect us all,” added Mr Noble.

“Today’s meeting with Secretary General Noble provided us with the opportunity to explore ways of building on our existing cooperation and to identify ways for future development together,” added Mr Papagiannopoulos.

During his visit, Mr Papagiannopoulos – accompanied by Brigadier General Zacharoula Tsirigoti, Director of the International Police Cooperation Directorate, and Brigadier General Dimitrios Sofios, Deputy Director of the Attika Criminal Investigation Department – was also updated and briefed on a range of INTERPOL’s tools and services including its global database to enhance police cooperation in areas such as combating illegal immigration and trafficking in human beings.