JOHANNESBURG, South Africa – A fraud gang suspected of swindling a US-based company out of some EUR 455,000 has been taken down in raids across Johannesburg led by investigators from the Hawks Serious Commercial Crimes Unit and US Secret Service agents, and supported by INTERPOL.

With investigations on-going, the operation led to the arrest of seven people allegedly linked to a Nigerian organized crime syndicate that specializes in online fraud. The suspects allegedly bought luxury vehicles with the proceeds of their crimes. 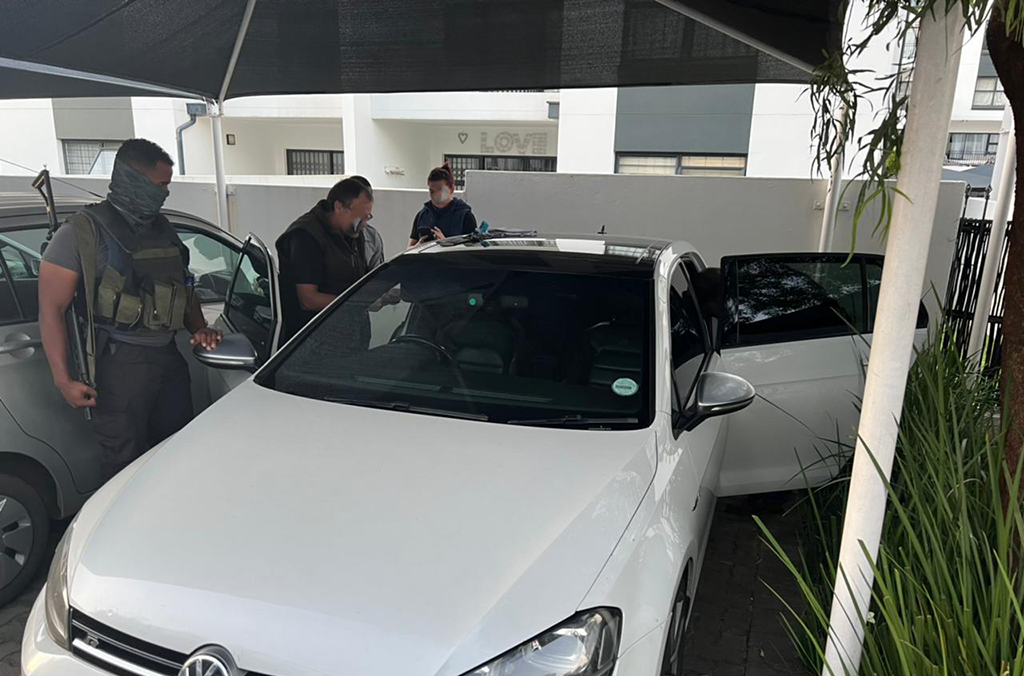 The operation was part of a global initiative under the framework of INTERPOL’s Global Financial Crime Task Force (IGFCTF), where 14 countries including South Africa and the United States work closely together to tackle the global threat of cyber enabled financial crime.

The suspects – four men and three women aged between 25 and 42 – are believed to be key figures in a global crime syndicate involved in fraud and money laundering.

The gang is also believed to be behind romance scams, using fake online identities to lure vulnerable men and women to transfer money. Romance scams generate millions of US dollars worldwide.

The Johannesburg operation is one of several global operations under the framework of IGFCTF where law enforcement authorities are working together to crack down on West African fraud syndicates targeting individuals and businesses worldwide.

The authorities involved are now working closely with INTERPOL to track the movements of the gang’s money worldwide, with investigations focusing on a worldwide criminal syndicate known as Black Axe, which allegedly used business email compromise (BEC) scams to defraud a US-based mental health institute.

BEC scams usually target third-party vendors to gain access to business email accounts after which payments are diverted to the bank accounts of money mules.

Michael K. Burgin of the US Secret Service said: “The fight against cyber-enabled crime knows no boundaries, and the collaborative efforts in this case show how vital it is to work collectively with our international partners to execute impactful takedowns of these highly organized transnational criminal syndicates.”

Eight suspected Black Axe leaders were arrested in Cape Town and Johannesburg in 2021, leading to a massive drop in the group’s activities and similar crimes. They face extradition to the US, where they are charged with stealing more than EUR 6.25 million from romance scam victims there.

“The Johannesburg arrests highlight the importance of international cooperation between INTERPOL and its global law enforcement partners to target and disrupt the criminal syndicates involved in all forms of financial crimes and corruption,” added Mr Corcoran.

Since its creation in January, the Centre has helped INTERPOL member countries intercept more than EUR 4.5 million tied to BEC and romance frauds.