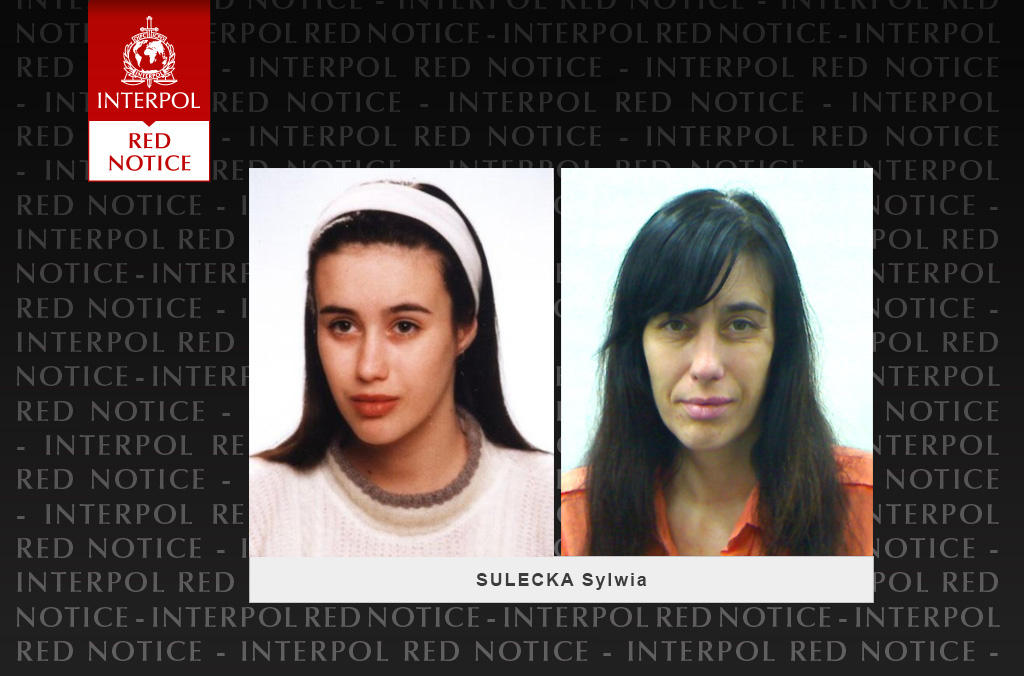 Sylwia Sulecka, a Polish national aged 41, was wanted by Polish authorities under an INTERPOL Red Notice published in 2011. The case had remained open after originally being part of INTERPOL’s Operation INFRA South America in 2011, targeting fugitives on the continent.

She was identified after new images of the suspect submitted by the INTERPOL National Central Bureaus in Buenos Aires and Warsaw were compared against records in INTERPOL’s facial recognition database.

After the image comparison produced a match, the Fugitive Investigation Division of Argentina’s Federal Police detained the suspect for further questioning, resulting in the fugitive confirming her true identity. Evidence uncovered by the international investigation showed the 41-year-old had adopted a new identity in Bolivia before settling in Argentina.

"This clearly demonstrates the fundamental role of INTERPOL as a global ‘tripwire’ in international investigations. We need to keep ensuring that vital information moves faster than fugitives,” added the INTERPOL Chief.

Authorities in Argentina are now holding the suspect subject to her extradition to Poland.

Police forces across the globe use INTERPOL’s facial recognition capability daily to make connections between criminals and crime scenes, identify fugitives and missing persons or to compare mugshots.

Circulated to 194 INTERPOL member countries, the Red Notice represents one of INTERPOL’s most powerful tools in tracking international fugitives.

Containing identification details and judicial information on a wanted person, INTERPOL Red Notices communicate to police worldwide that a person is wanted by a member country and request that the suspect be placed under provisional arrest pending extradition.