There is a lucrative black market in cultural property with strong links to organized crime.

During the last decade, our world has witnessed a considerable increase in the destruction of cultural heritage due to armed conflict. This has been accompanied by the organized looting, illicit trafficking and sale of cultural objects that were an integral part of a country’s heritage, history and identity.

Crimes against cultural heritage do not just strike at objects. The destruction of heritage is linked to persecution of individuals and communities on cultural grounds.  This can also represent a security and stability issue, and a war crime.

“We can’t see heritage protection in modern conflict as just a cultural issue; it is a security imperative.” Jürgen Stock, Secretary General

Underwater cultural heritage includes monuments, shipwrecks and artefacts, which have been under water for at least 100 years.

These sites are exposed daily to a range of critical challenges, notably plunder, trade, fishing and the extraction of natural resources. In addition, underwater archaeological sites are regulated by extremely different national legislations worldwide. 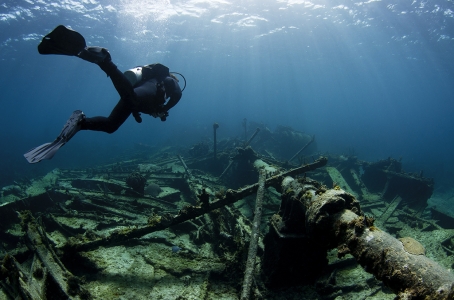 Which objects are most frequently stolen?

The majority of art thefts are carried out from private homes but museums and places of worship are also common targets. The type of objects stolen varies from country to country but generally speaking, paintings, sculptures, statues and religious items are very sought after by thieves.

However, no category is spared, including such antique items as artifacts, books, furniture, coins, weapons and gold and silverware.

Another phenomenon is the illicit excavation of archaeological and paleontological items. This is especially disturbing since it can damage historical sites and reduce the opportunity to know more about them – when an item is removed from its site, its scientific value is lost and it holds only economic value.

Fake art and artifacts on the market

Fake works of art pollute the legitimate market. The problem of the enormous amount of forgeries flooding into the market is an extremely complex phenomenon, and disrupting networks involved in it requires a high level of expertise.

“We are witnessing an alarming increase in the traffic of fake cultural objects from conflict zones.” Corrado Catesi, Head of INTERPOL’s programme against cultural heritage crimes

The information we have collected during international meetings and conferences, as well as confidential data we received through our secure network, show a rapid rise in the number of fake historical artifacts.