The use and trafficking of performance-enhancing drugs damages the integrity of sport.

Doping is often viewed as a crime committed by an individual. But the reality is that when an athlete takes illegal performance-enhancing drugs, it is just one piece in a larger network of crime.

Doping is the act of consuming artificial and often illegal substances to gain an advantage over others in sporting competitions (anabolic steroids, human growth hormones, stimulants and diuretics for example).

Victory in professional sports can be highly lucrative, increasing the motivation for players to take illegal performance enhancers, and for coaches, managers and other officials to put pressure on them to do so.

The doping substances market is ‘low risk – high profit’, so it is increasingly attractive to organized crime groups worldwide.

The mass trafficking of performance-enhancing drugs has major consequences for public health.

Doping products are often illegally produced, trafficked and distributed. As they are rarely approved for public use, their consumption is dangerous and poses a serious health risk to both professional and amateur sportspeople.

The increase in the abuse of doping substances in elite sports is mirrored by a rise in the use of such substances in amateur and recreational sports, and among young people.

Our anti-doping project provides tactical, operational and strategic intelligence related to doping in sport and the trafficking of performance-enhancing drugs. It includes a systematic analysis of each doping case known to us, especially products (types, pictures, brand names, origin and supply chains).

The project provides a framework for investigations requiring international cooperation.

We contribute to international operations to dismantle criminal organizations related to the trafficking of performance-enhancing drugs.

Athletics was the focus of this global investigation into an alleged international corruption scam involving sports officials and athletes suspected of a doping cover-up. Led by France and following a WADA report, this 2015 investigation led to a Red Notice being issued against one of the actors in this case.

In April 2016, we collaborated with the US Drug Enforcement Administration to disrupt the illegal production and distribution of performance-enhancing drugs. The operation resulted in millions of vials, pills and ampoules seized, more than 30 individuals arrested, and four sophisticated clandestine laboratories dismantled.

We use Red, Orange and Purple Notices to alert our member countries to wanted persons, serious threats and modus operandi.

For example, in 2015 we issued an Orange Notice to alert authorities to 2.4-dinitrophenol (DNP), an illicit and potentially lethal drug used as a dieting and bodybuilding aid. In that same year, several Purple Notices were issued to inform police of new methods used to disguise performance-enhancing drugs in order to pass them undetected through customs controls.

In 2009, we signed a cooperation agreement with the World Anti-Doping Agency (WADA).

WADA supports our anti-doping activities and provides scientific expertise, particularly when it comes to identifying new doping substances. WADA has also published the World Anti-Doping Code which harmonizes new anti-doping policies in all sports and all countries, and lists all prohibited doping substances and methods. 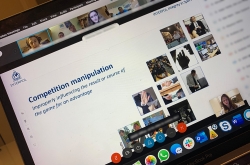 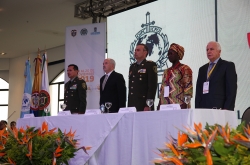