LYON, France – An international operation coordinated by INTERPOL has laid bare the vast scale of drug trafficking with the seizure of illicit narcotics and precursor chemicals worth more than USD 717,000,000 and the arrest of 1,333 suspects worldwide.

Operation Lionfish V (23 June - 31 July) targeted the trafficking of illicit drugs along air, land and maritime routes in 22 countries worldwide via a coordinated cross-border approach, with more than 291 tonnes of precursor chemicals and 35.5 tonnes of narcotics seized.

While traditional drugs like cocaine and cannabis continue to represent a significant share of the illicit drugs market, the operation underscored the rise in the production and sale of synthetic drugs such as methamphetamine, Captagon and ketamine.

Precursor chemicals are especially valuable to criminal organizations because they allow them to produce an endless supply of synthetic drugs with a very high profit margin. The production of synthetic drugs does not rely on environmental or external factors like cocaine and heroin and can be manufactured in urban settings close to major transportation hubs.

During the five-week operation authorities recovered 1.8 tonnes of ketamine, 683 kg of methamphetamine and 581 kg of Captagon. Significant seizures also included:

A clandestine super-lab capable of producing thousands of kilograms of ketamine was dismantled in Cambodia, where police arrested an individual wanted internationally on an INTERPOL Red Notice for alleged transnational drug smuggling offences.

The 1,333 arrests made during the operation include 25 different nationalities, further highlighting how drug trafficking is a global problem which requires a global response.

Indian authorities made the largest single seizure of heroin during the operation after 75.3 kg of the drug were intercepted in the Port of Mundra. In a statement, India’s Central Bureau of Investigation (CBI) underlined how the country’s National Central Bureau for INTERPOL coordinated with law enforcement agencies globally, for concerted action against drug networks with international linkages, with a view to disrupt, dismantle and degrade illicit drug networks. 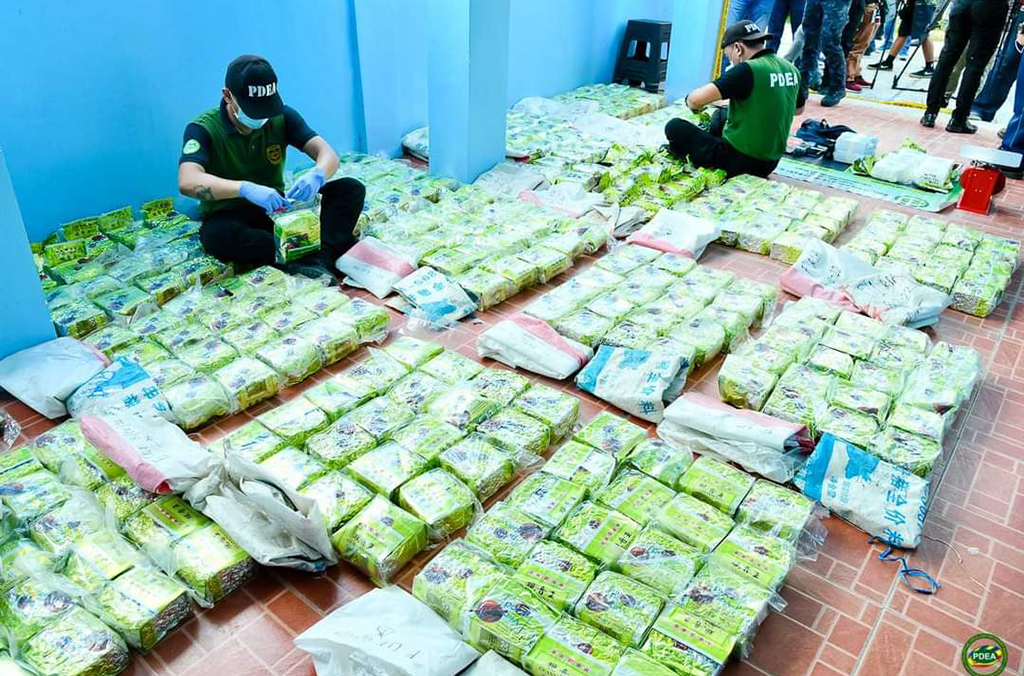 During the operation, INTERPOL’s Criminal Networks and Drugs unit coordinated operational meetings to facilitate the exchange of information via INTERPOL’s I-24/7 secure global communications channel between participating countries.

INTERPOL successfully deployed its Relief database during the operation, a forensic capability which is capable of linking global drug seizures together. It resulted in the positive match of two prior drug seizures in Brazil and Germany.

“Operation Lionfish demonstrates what can be achieved in tackling this global threat when member countries work together via INTERPOL to connect and empower police around the world for the safety and security of our citizens,” added Secretary General Stock.

Pre-operational and capacity building meetings in Abu Dhabi, UAE demonstrated the effectiveness of bringing law enforcement experts together to share real time intelligence leading to the disruption of global drug routes and those complex criminal organizations which control them.

Lt Col Dana Humaid, Director General, International Affairs Bureau, UAE Ministry of Interior, said: “The complex nature of today’s criminal organizations demands a sophisticated and coordinated response from law enforcement agencies. The United Arab Emirates was pleased to be able to leverage its strategic location at the crossroads between Europe, Asia and the Americas to bring together international drug law enforcement experts and disrupt criminal activities that know no borders.”

“The success of Operation Lionfish V sends a clear message to international crime groups that successful collaboration among international law enforcement is possible. The UAE is committed to supporting its partners in INTERPOL to deepen this cooperation over the years to come.”

Lionfish was carried out under the umbrella of Project AMEAP (Africa, Middle East, Asia Pacific), a multi-year project targeting drug trafficking funded  by the INTERPOL Foundation for a Safer World.

The publication of several INTERPOL Purple Notices on the modus operandi of crime networks is further anticipated as a result of the operation.