LYON, France – INTERPOL is assisting Swedish authorities following the theft of two 17th Century crowns and an orb from Strangnas Cathedral near Stockholm. 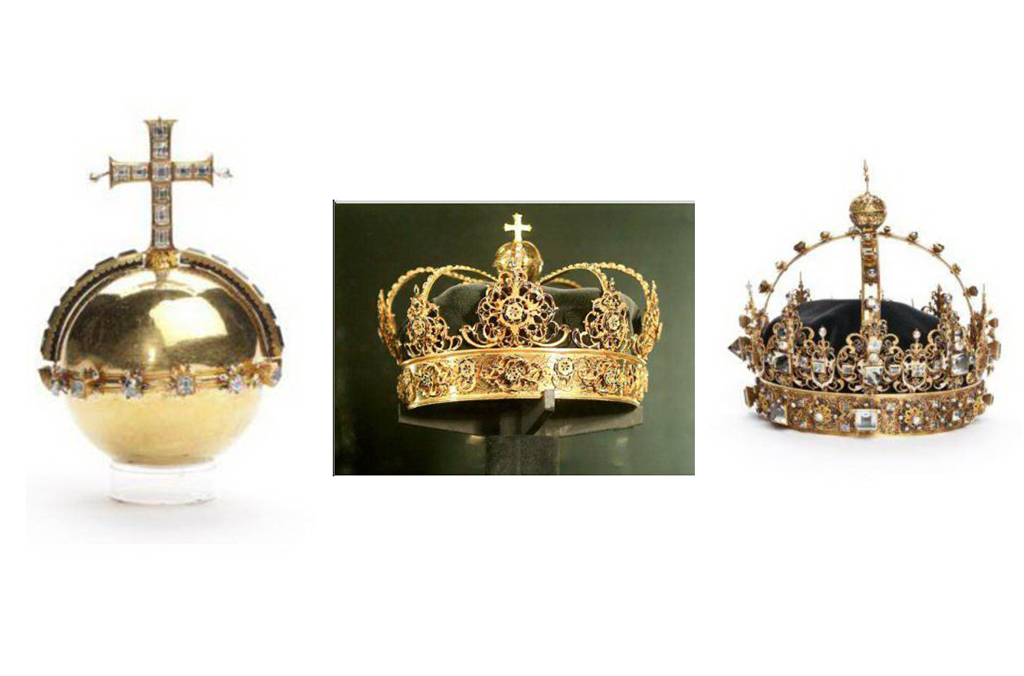 The two 17th Century crowns and orb stolen from Strangnas Cathedral near Stockholm on Tuesday 31 July.
/

The priceless objects, which had been commissioned for the funeral of King Karl IX in 1611 and Queen Kristina, who died in 1625, were stolen at around 12noon on Tuesday 31 July.

The thieves, who entered the church during a service, smashed the glass display case setting off the alarm before stealing the jewels and escaping in a boat.

The objects are being added to INTERPOL’s global database of stolen works of art which is accessible to all member countries in addition to authorized users from auction houses and museums.

Anyone with information about the robbers or the location of the stolen jewels is asked to contact Swedish police.

Description of the stolen jewels

King Karl IX Orb (1611) - made of 17-carat gold and decorated with black and white enamel with rock quartz and pearls and topped with an enamel cross. Around the middle of the orb is a ribbon with alternately distributed rock quartz and pearls, with a second perpendicular ribbon set with table-cut rock quartz.
Dimensions: Height 17cm, diameter 11cm

King Karl IX Crown (1611) - made of 16-carat gold and partly covered with black and white enamel decorated with cut rock quartz and pearls. On the crown ring are eight large and eight small posts with a small, enamelled orb with a cross in the centre. In the middle of each post is a large, point cut rock quartz. Each large rock quartz on the crown ring is surrounded by four smaller ones. On the brackets are alternate rock quartz and pearls.
Dimensions: Height 25cm, diameter 19.4cm, weight 1625g

Queen Kristina Crown (1626) - made of 17-carat gold with black enamel. On the upper part of the crown ring are eight leaf-formed bows, from which the half-brackets extend. In the central part is a small orb decorated with a cross.
Dimensions: Height 12.5cm, diameter 14.7cm, weight 660g.