LYON, France – An INTERPOL-led operation targeting ivory trafficking in Africa has resulted in 376 arrests, the seizure of 4.5 tonnes of elephant ivory and rhino horn and the investigation of 25 criminal groups involved in the illicit trade. 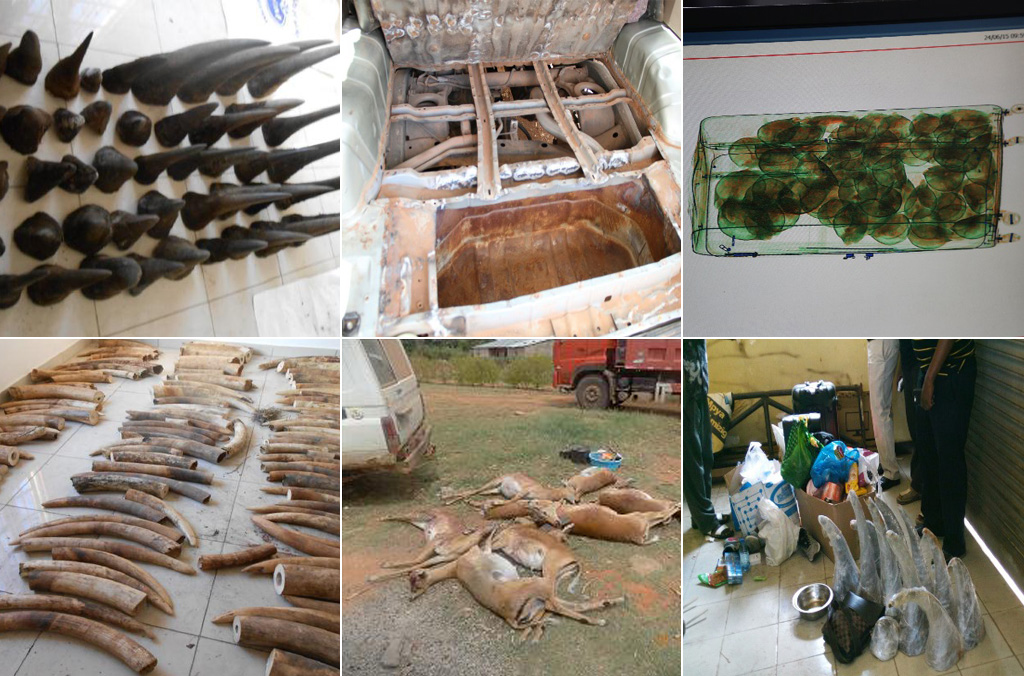 Operation Worthy II, coordinated by INTERPOL across 11 African countries resulted in 376 arrests, the seizure of 4.5 tonnes of elephant ivory and rhino horn and the investigation of 25 criminal groups involved in the illicit trade. In one case, officers in Tanzania discovered 11 rhinoceros horns hidden in a modified fuel tank. Poached impalas were also recovered in Zambia in addition to the seizure of 173 live tortoises in Tanzania.
/

In addition to the ivory and rhino horn, thousands of other wildlife products were also seized, including 2,029 pangolin scales, 173 live tortoises, 55 kg of sea cucumber, warthog teeth, big cat, pangolin and python skins and impala carcasses, as well as 532 rounds of ammunition, five firearms and two home-made rifles.

The aim of Operation Worthy II was to enhance coordinated law enforcement responses to wildlife crime through cross-border, multi-agency collaboration, systematic intelligence exchange and analysis, and the use of advanced investigative techniques. It was supported by INTERPOL’s Project Wisdom which targets the illicit trade in ivory and rhino horns.

Francis Rwego, Head of the INTERPOL Regional Bureau for East Africa in Nairobi, said: “Operation Worthy II was a very successful initiative for the countries involved, in particular the pre-operation meetings and workshops which provided officers with the necessary skills to carry out the operational phase effectively.

“This operation could not have achieved such success without the on-the-ground actions by national law enforcement supported by INTERPOL’s global network,” concluded Mr Rwego.

During the operation, Investigative Support Teams were deployed to Kenya and Tanzania and also to Asian countries including Singapore and Thailand where several tonnes of elephant ivory and rhinoceros horn were seized.

National coordination meetings were also held in the pre-operational phase to enable police, wildlife and customs agencies to set their priorities for action in the field. To this end, Sudan conducted a National Environmental Security Seminar (NESS) in May, with the support of Project Wisdom and the INTERPOL Regional Bureau in Nairobi.

Operation Worthy II was supported by The Wildcat Foundation and IFAW through INTERPOL’s Project Wisdom. Project Wisdom aims to disrupt and dismantle the major transnational criminal syndicates engaged in the illegal trade of African elephant ivory and rhinoceros horn, by encouraging communication, cooperation and collaboration with respect to intelligence exchange, cross-border investigations, and capacity building.