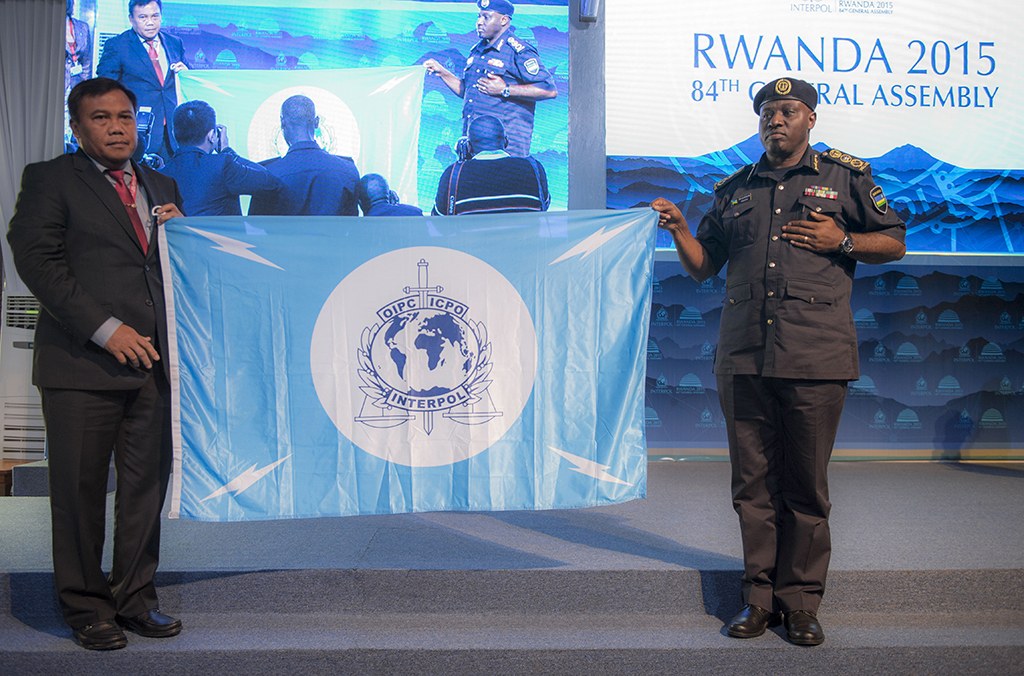 Host country Rwanda hands the INTERPOL flag to Indonesia, who will host the next session of the General Assembly in 2016. 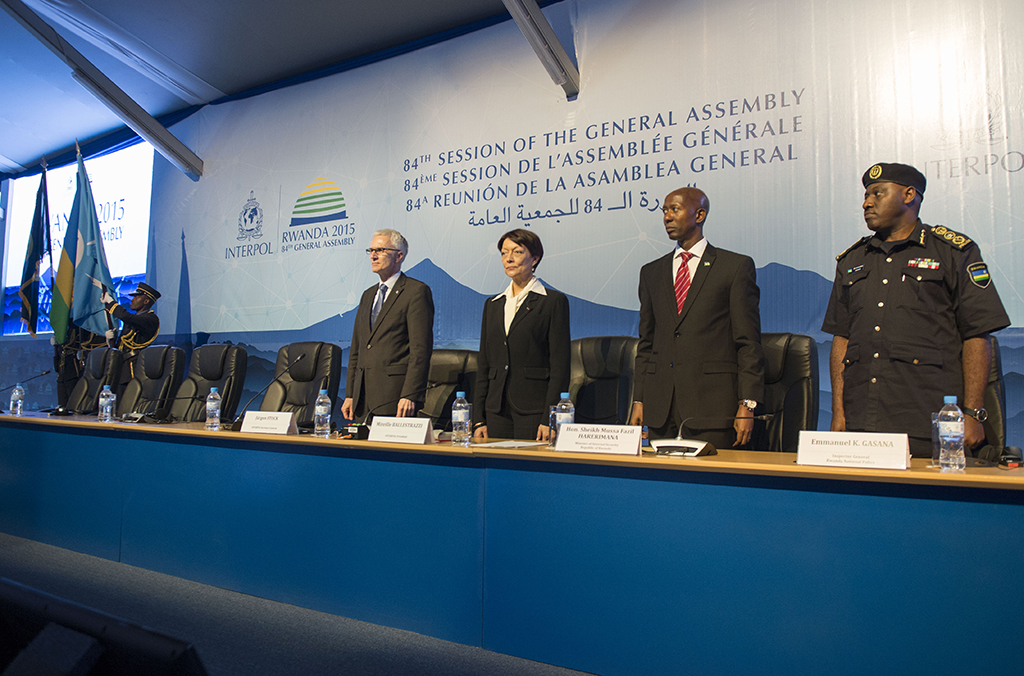 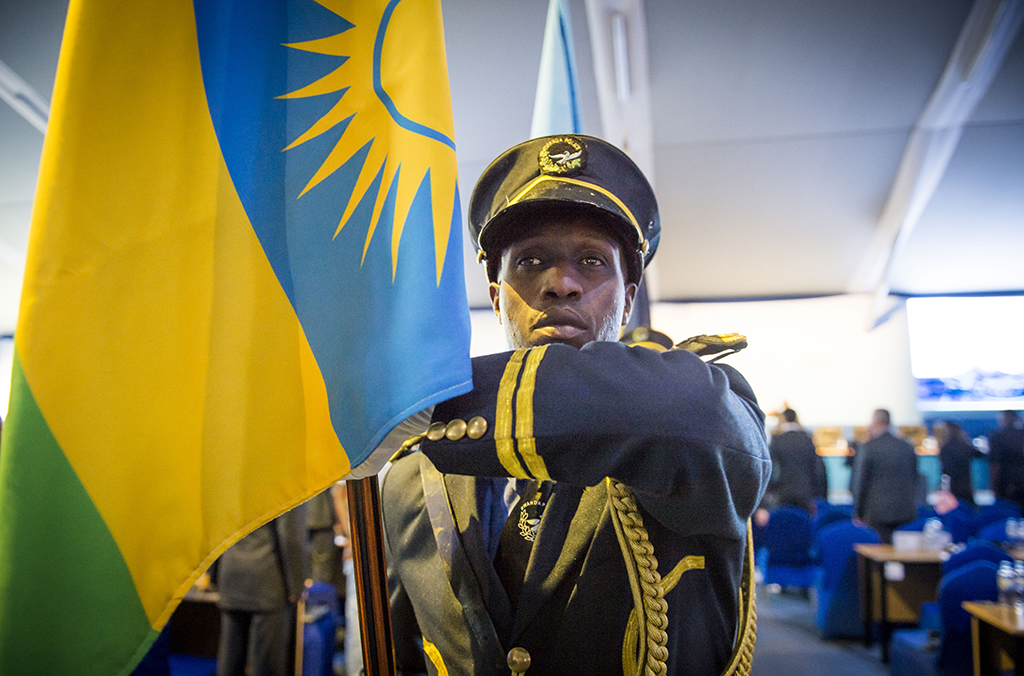 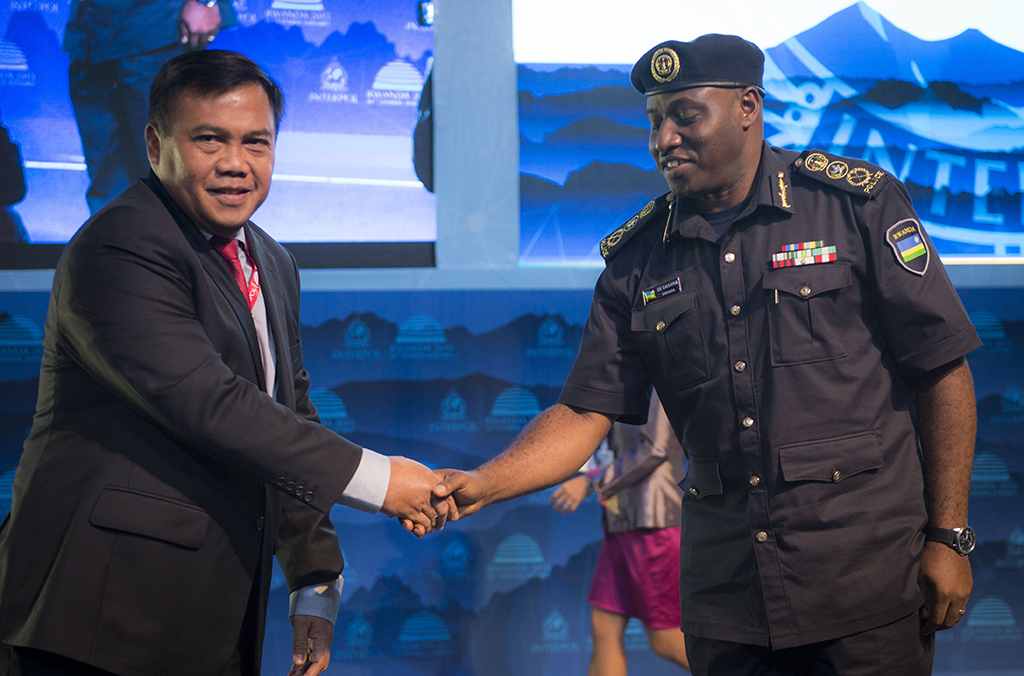 Host country Rwanda with Indonesia, who will host the next session of the General Assembly in 2016.

Sheikh Musa Fazil Harerimana, Minister of Internal Security of the Republic of Rwanda (left), with INTERPOL President Mireille Ballestrazzi at the closing of the 84th General Assembly. 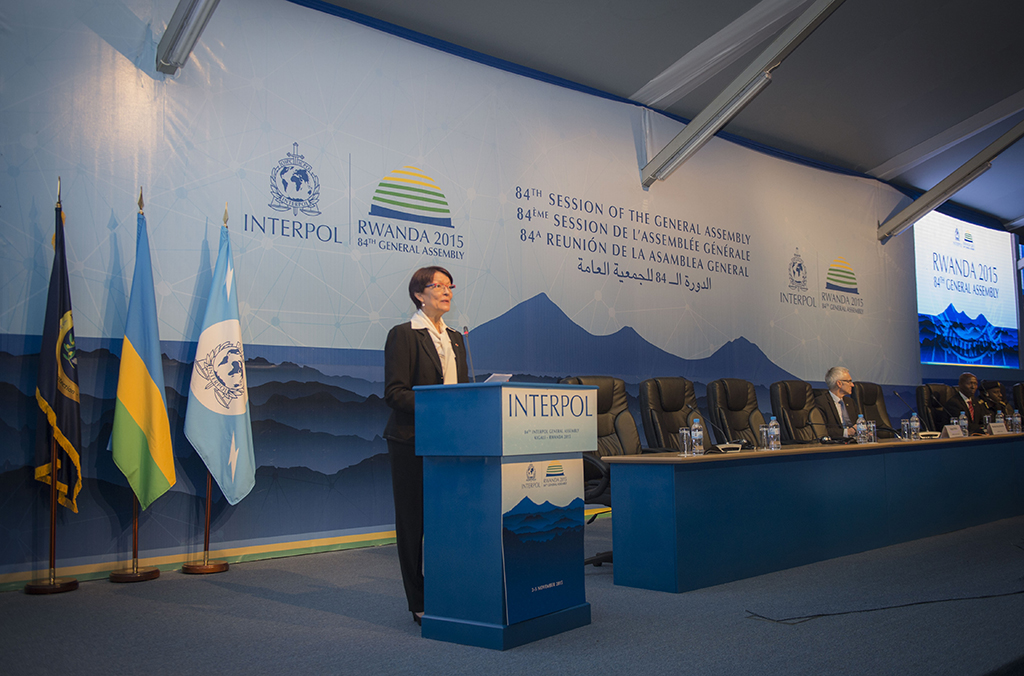 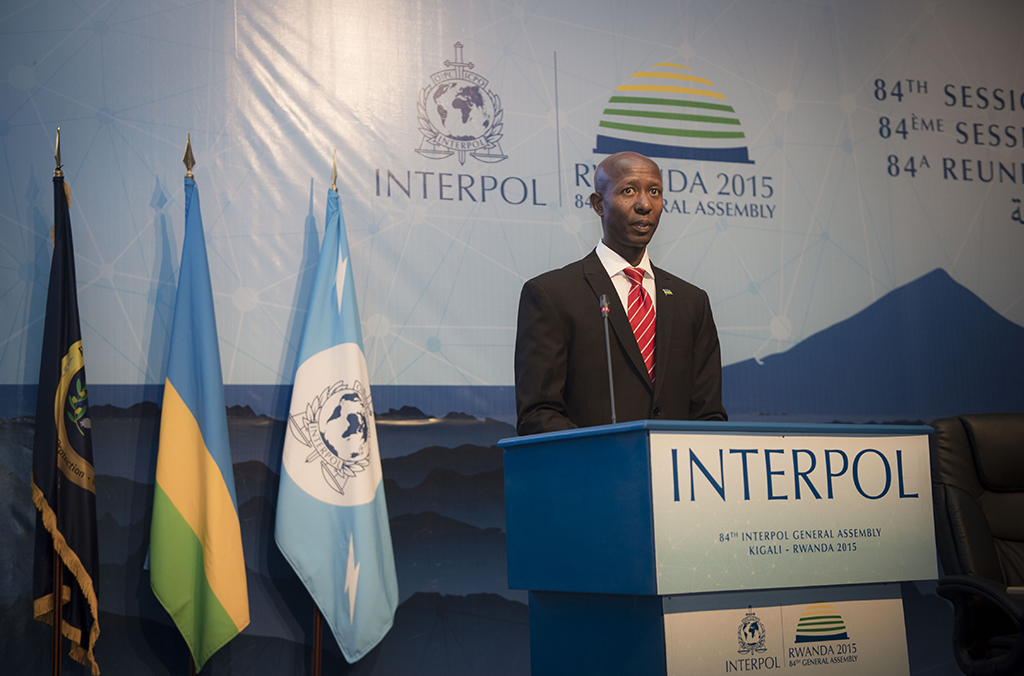 Sheikh Musa Fazil Harerimana, Minister of Internal Security of the Republic of Rwanda addresses delegates at the closing ceremony  of the General Assembly.
/

With the INTERPOL 2020 review of the Organization’s environment, strategy, priorities and activities receiving unanimous backing from delegates, INTERPOL will now work with member countries to define and develop a clear set of outcomes for strengthening its policing capabilities supported by strong governance mechanisms.

“INTERPOL 2020 provides the fundamental pillar for the evolution of the Organization, and I encourage all member countries to contribute towards this initiative which will help build the INTERPOL of the future,” said President Ballestrazzi.

Secretary General Jürgen Stock said to remain effective in addressing current and emerging security threats, it was essential to strengthen all areas of the Organization’s activities, both internal and external.

“If INTERPOL is to remain at the forefront of  global policing efforts, it is essential that our systems are robust and responsive to the challenges we will face in the future,” he said.

“INTERPOL 2020 will provide us with the strategic framework to ensure the Organization remains a strong and respected voice in global security matters,” added Mr Stock.

With the development of strategic partnerships a key element of  the INTERPOL 2020 initiative, the  General Assembly endorsed a number of resolutions for closer cooperation with the private sector, including through the I-Checkit initiative for strengthening border management.

Delegates also approved the recommendation for INTERPOL to share its Baseline project  with private entities to empower industry and network administrators to recognize, report and remove child abuse material from their networks.

The project, which is part of the INTERPOL’s International Child Sexual Exploitation (ICSE) database, will enable industry to cross-match image signatures hosted on their network against signatures extracted from some of the worst child abuse materials in ICSE.

INTERPOL’s work on the Baseline project and further developments to the ICSE database will be presented to the upcoming #WeProtect Children Online global summit to be held in Abu Dhabi.

Bringing together world leaders, technology companies and law enforcement, the two-day (16 and 17 November) event will review progress made following the inaugural event  in London which saw some 50 countries and international organizations sign up to the We Protect summit’s statements of action.

The ICSE database has already assisted specialists around the world identify more than 7,700 child sexual abuse victims and the arrest of more than 3,800 offenders.

The General Assembly was also updated on the progress of the Working Group on the Processing of Information (GTI) which is conducting a comprehensive review of INTERPOL’s supervisory mechanisms at all levels, including National Central Bureaus, the General Secretariat and the Commission for the Control of INTERPOL’s Files (CCF).

As part of the ongoing process, delegates voted in favour of a number of interim measures to further enhance and refine standards  in relation to member countries’ use of notices and diffusions.

The General Assembly, which was attended by some 640 police chiefs and senior law enforcement officials from 145 countries,  also elected two new vice-presidents and five new delegates to INTERPOL’s Executive Committee.

Indonesia will host the 85th session of the General Assembly in 2016, and delegates this week endorsed China as host of the 86th session in 2017.