Project Sunbird builds the skills of police in Southeast Asia to combat terrorism and organized crime.

Project Sunbird is a three-year (2017-2020) INTERPOL initiative to boost the skills of police across the Association of Southeast Asian Nations (ASEAN) region in combating terrorism and organized crime.

The project is divided into four pillars:

Implemented with support from the Government of Canada, Project Sunbird builds upon the successful outcomes of the previous INTERPOL Capacity Building Programme on Improving Counter-Terrorism and International Collaboration in ASEAN Member States (CT-ASEAN).

The first Operation Sunbird action in March and April 2017 saw police, immigration and maritime authorities from all 10 ASEAN countries screen travellers’ passports against our databases from 35 land, air and sea border points. Some eight million searches were conducted during the operation, resulting in 17 arrests and 110 ‘hits’ on passports recorded in INTERPOL’s Stolen and Lost Travel Documents (SLTD) database.

Among the arrests were a suspected foreign terrorist fighter of Malaysian nationality who was deported to Kuala Lumpur from Turkey, and a Sri Lankan national intercepted by Indonesian immigration in Bali travelling on a stolen blank Italian passport registered in the SLTD database who is suspected of purchasing the passport in Kuala Lumpur from a criminal organization.

Data protection is an important aspect of international police cooperation. In this respect, in November 2017 the project organized a training session in the Philippines to certify 21 participants from nine countries as Data Protection Officers. The course provided the officers with the necessary training to ensure that all data processed by their National Central Bureaus (NCBs) complies with INTERPOL’s Rules on the Processing of Data. This was followed by an instructor development course so that the participants would be able to in turn train their colleagues on data protection regulations.

Workshops on developing national standard operating procedures for the use of INTERPOL’s Stolen and Lost Travel Documents (SLTD) database were held in Myanmar and Laos in June 2018. A general course on INTERPOL’s policing capabilities and legal framework was held in Thailand in August 2018.

More than 20 officers from NCBs and immigration authorities in nine ASEAN countries attended the INTERPOL Policing Capabilities Programme in Thailand in August 2018, where they were trained on INTERPOL’s range of policing capabilities and related legal framework. This was followed by an instructor development course covering course design, presentation and communication skills.

A workshop on the use of INTERPOL’s I-link application which manages information exchange and international cooperation requests brought together 18 participants from nine countries in October and November 2018 in Brunei.

To assist authorities in the region in developing their disaster victim identification (DVI) skills, a DVI training course was conducted in Thailand in August and September 2017 for 56 officers from eight ASEAN countries, with a dedicated in-depth session for the Royal Thai Police. Participants took part in practical exercises on victim recovery, post-mortem identification techniques as well as a mortuary exercise and training on the gathering of ante-mortem information from both relatives and incident scenes. In line with Project Sunbird’s women in policing objectives, nearly 40 per cent of officers trained were female.

Biometrics, including fingerprints and facial recognition, are important tools for identifying potential criminals and terrorists. In December 2017, INTERPOL held its first Fingerprint and Facial Recognition Symposium which brought together experts to discuss the latest biometric tools and techniques. Some 13 participants from Project Sunbird countries attended the symposium, where they built working relationships our forensic experts to better understand the services and support we can offer.

A terrorist crime scene and evidence examination course was conducted in December 2018 in Indonesia. Through practical exercises, the participants learned how to secure complex outdoor crime scenes, including searching, locating, recording, seizing and examining forensic evidence. 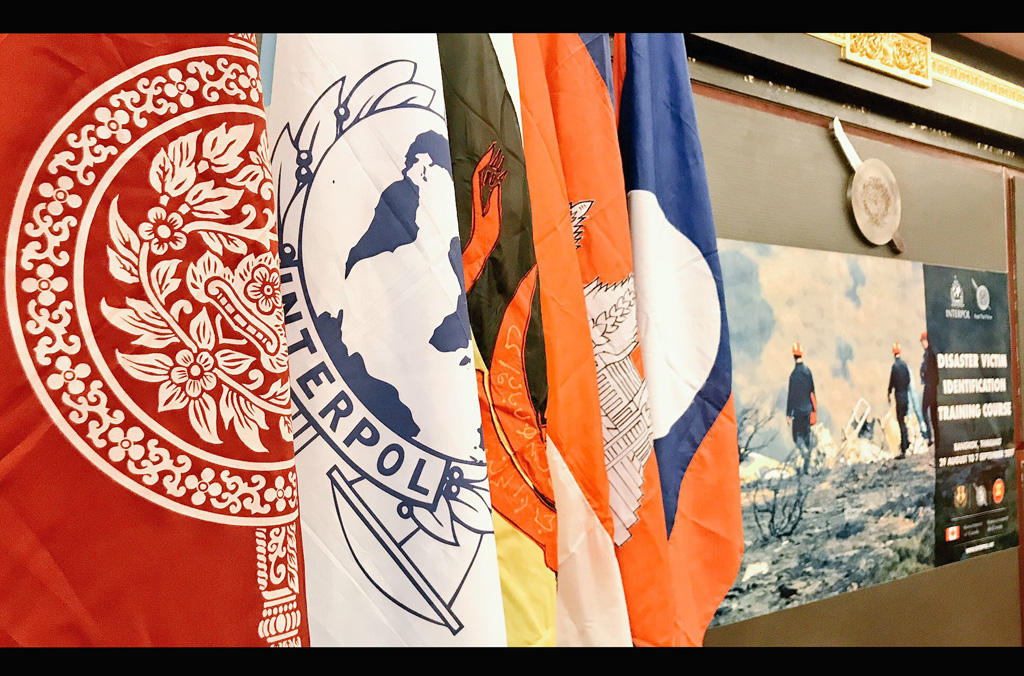 Launched in 2017, Project Sunbird is a three-year INTERPOL initiative to boost the skills of police across the Association of Southeast Asian Nations (ASEAN) region in combating terrorism and organized crime. 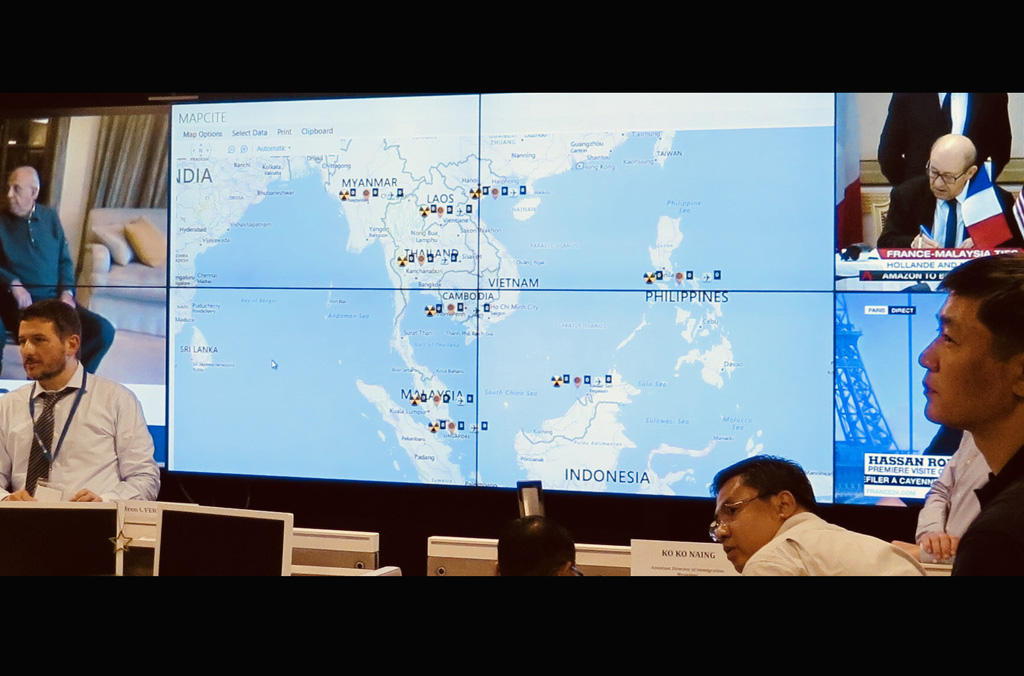 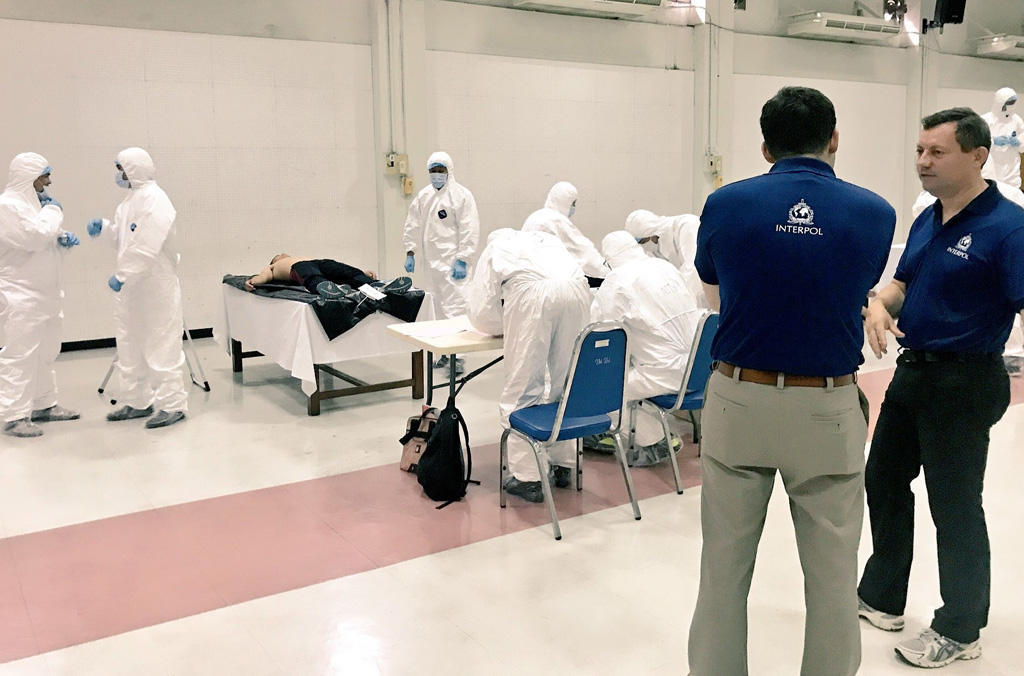 A disaster victim identification (DVI) training course was conducted in Thailand in August and September 2017. 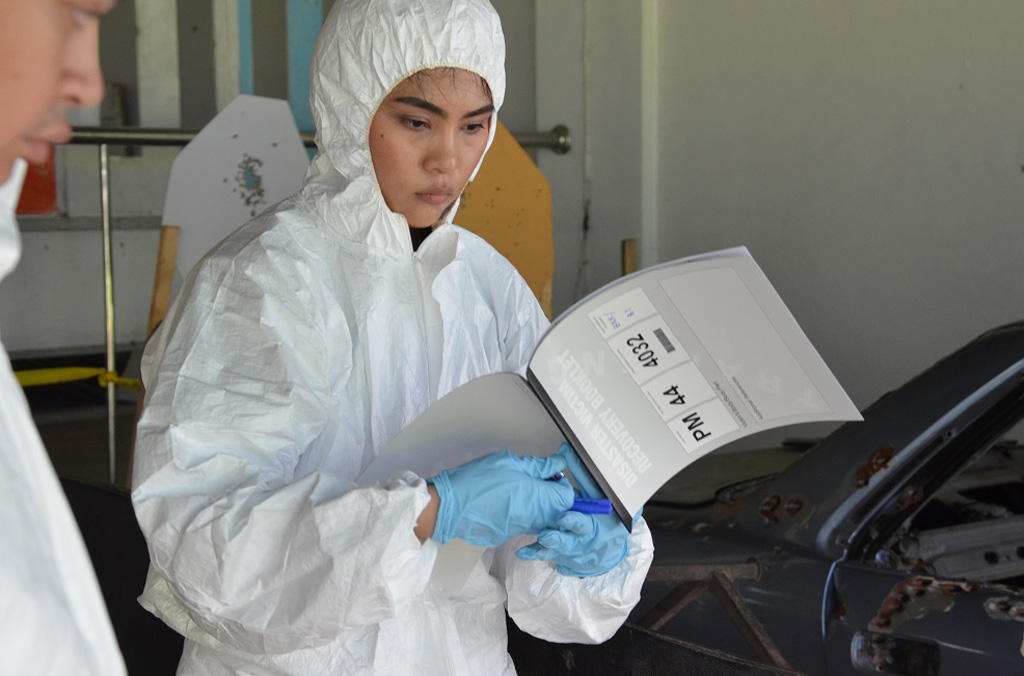 Hands-on training is crucial to developing the skills needed by police in the field.

Hands-on training is crucial to developing the skills needed by police in the field.
/

Engaging and empowering female law enforcement officers is a central pillar of all Project Sunbird activities.

In February and March 2018, we conducted a Leadership for Women in Law Enforcement seminar where 22 senior police and immigration officers from across ASEAN nations shared experiences for creating an inclusive and diverse policing culture in the region and began to develop a strong professional network of female officers. Challenges discussed included gender stereotypes, balancing work and family life, and opportunities to reach leadership positions. 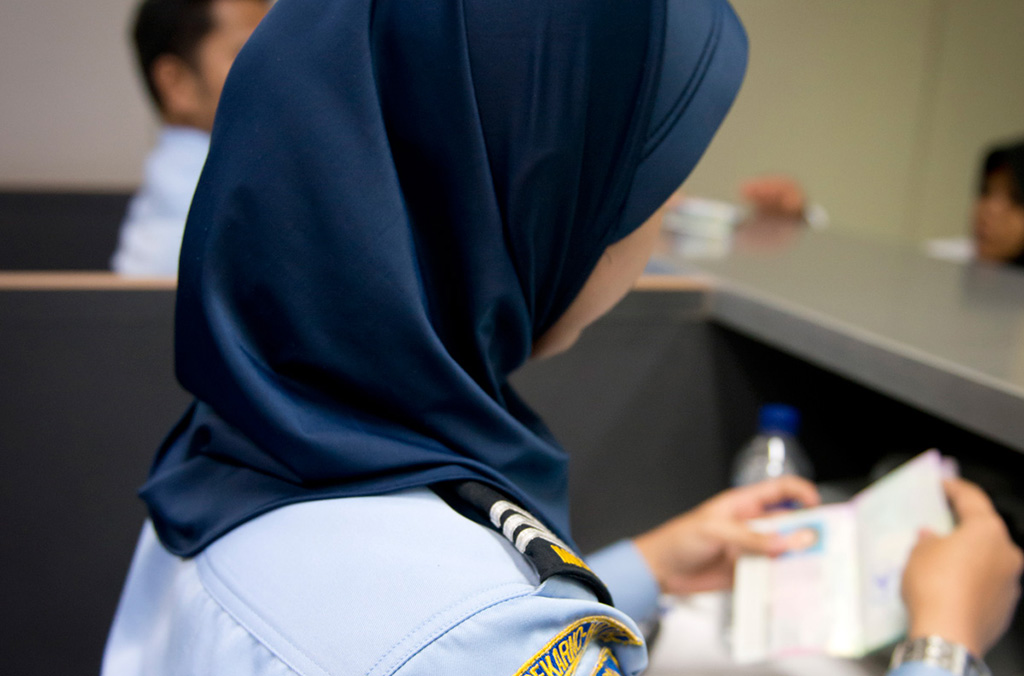 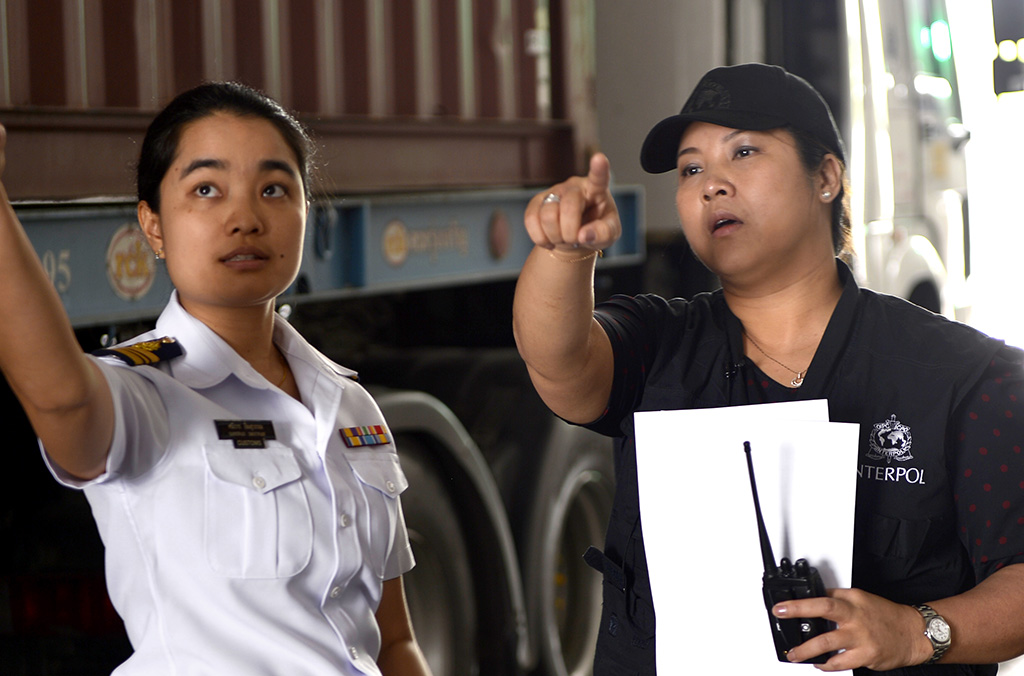 This was followed in February 2019 by the I-Balance: Women Leaders in Public Safety Programme held in Indonesia. It included a mentorship aspect: the participants worked under the guidance of prominent female mentors to acquire the skills necessary to undertake roles of influence and responsibility in their daily work within their law enforcement agencies.

At its core, Project Sunbird encourages strong relationships between the ASEAN countries, as this is critical to developing a solid regional response against terrorism and transnational crime.

A gathering of the Heads of the INTERPOL National Central Bureaus (NCBs) from the 10 ASEAN countries was held in August 2017 to provide a forum for exchanging information and best practices; fostering strong professional relationships; and elaborating strategies to tackle the most pressing crimes affecting the region. Following positive feedback from the participating countries, future meetings are envisioned to continue advancing regional crime-fighting efforts. 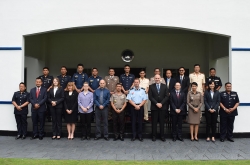 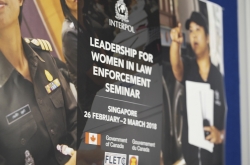