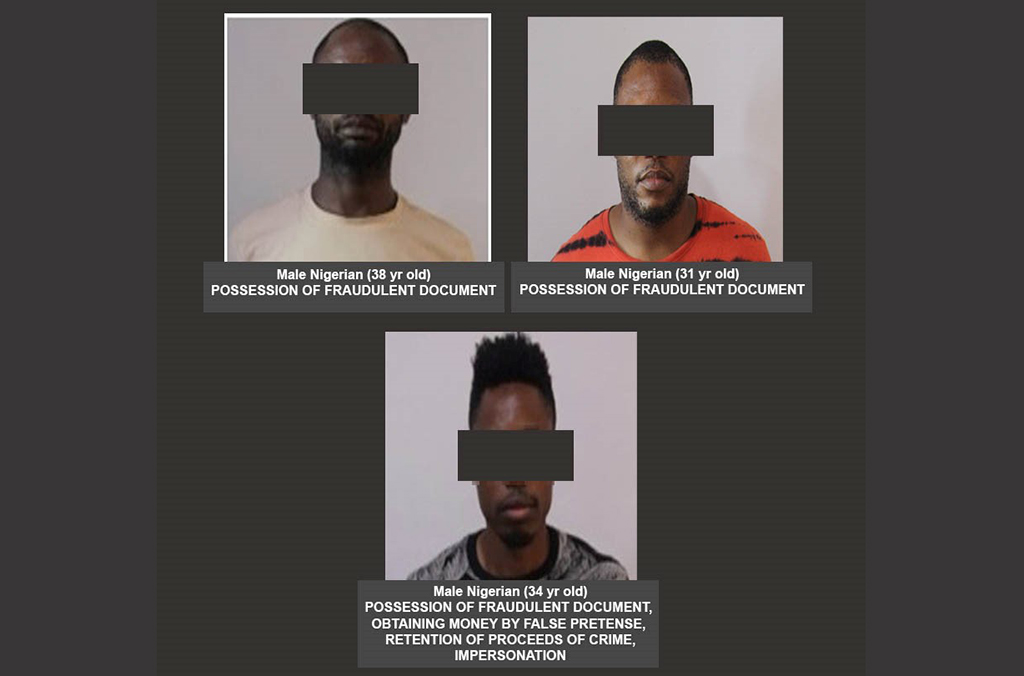 The Economic and Financial Crimes Commission (EFCC) arrested the suspects in a sting operation conducted simultaneously in the Lagos suburb of Ajegunle and in Benin City, 300 km to the East of the commercial capital.

The arrests follows the publication of an INTERPOL Cyber Report linking a suspected syndicate of Nigerian fraudsters operating from the West Coast of Africa to the use of a malicious Remote Access Trojan (RAT) known as Agent Tesla.

The men are thought to have used the RAT to reroute financial transactions, stealing confidential online connection details from corporate organizations, including oil and gas companies in South East Asia, the Middle East and North Africa.

One of the scammers, Hendrix Omorume, has been charged and convicted of three counts of serious financial fraud and now faces a 12-month prison sentence.  The two other men are still on trial.

“Through its global police network and constant monitoring of cyberspace, INTERPOL had the globally sourced intelligence needed to alert Nigeria to a serious security threat where millions could have been lost without swift police action,” said INTERPOL's Director of Cybercrime, Craig Jones.

“Further arrests and prosecutions are foreseen across the world as intelligence continues to come in and investigations unfold,” added Mr Jones.

INTERPOL assisted in examining the laptops and mobile phones seized by EFCC during the arrests, helping to confirm the systematic use of “Agent Tesla” malware to access business computers and divert monetary transactions to their own accounts.

“Cybercrime is spreading at a fast pace, with new trends constantly emerging. Through operations like Killer Bee, INTERPOL supports EFCC in keeping pace with new technologies and understanding the possibilities they create for criminals and how they can be used as tools for fighting cybercrime,” said EFCC’s Director of Operations, Abdulkarim Chukkol.

“The enforcement actions led by Nigeria and coordinated with INTERPOL send a clear message that cybercrime will have serious repercussions for those involved in business email compromise fraud, particularly in Nigeria,” added Mr. Chukkol.

The three men, aged between 31 and 38, were each arrested in possession of fake documents, including fraudulent invoices and forged official letters.

Operation Killer Bee is led by the ASEAN Cybercrime Operations Desk, which is funded by the Japan-ASEAN Integration Fund (JAIF) 2.0 and supported by the Singapore Government.

INTERPOL’s Cybercrime Directorate initiated the operation based on intelligence received from private-sector partner, Trend Micro, under the Gateway framework, about the emergence and usage of “Agent Tesla” malware.