SAN SALVADOR, El Salvador – An INTERPOL-coordinated operation targeting illegal firearms has led to 560 arrests across Latin America, with hundreds of guns and other weapons seized.

Codenamed Trigger V, the week-long (22 – 28 February) operation was undertaken in eight countries and involved officers from the police, customs, immigration and military, as well as ballistics laboratories.

Drugs, stolen vehicles and USD 162,000 in cash were also seized during the 42,000 checks carried out at hotspots throughout the region, including air, sea and land border points.

Led by INTERPOL’s Firearms Programme, Operation Trigger V was coordinated via the Organization’s Regional Bureau in El Salvador and its General Secretariat headquarters in Lyon, France.

A vehicle check in Costa Rica uncovered two AK47 assault rifles, one of which had been recorded in INTERPOL’s iARMS database by a country in the Middle East. 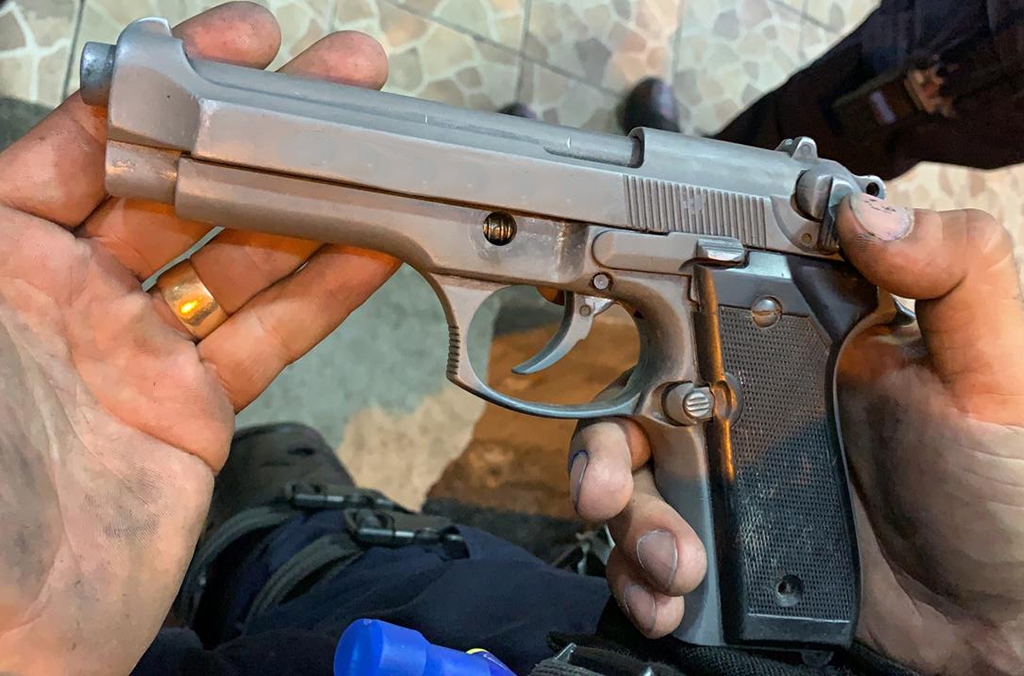 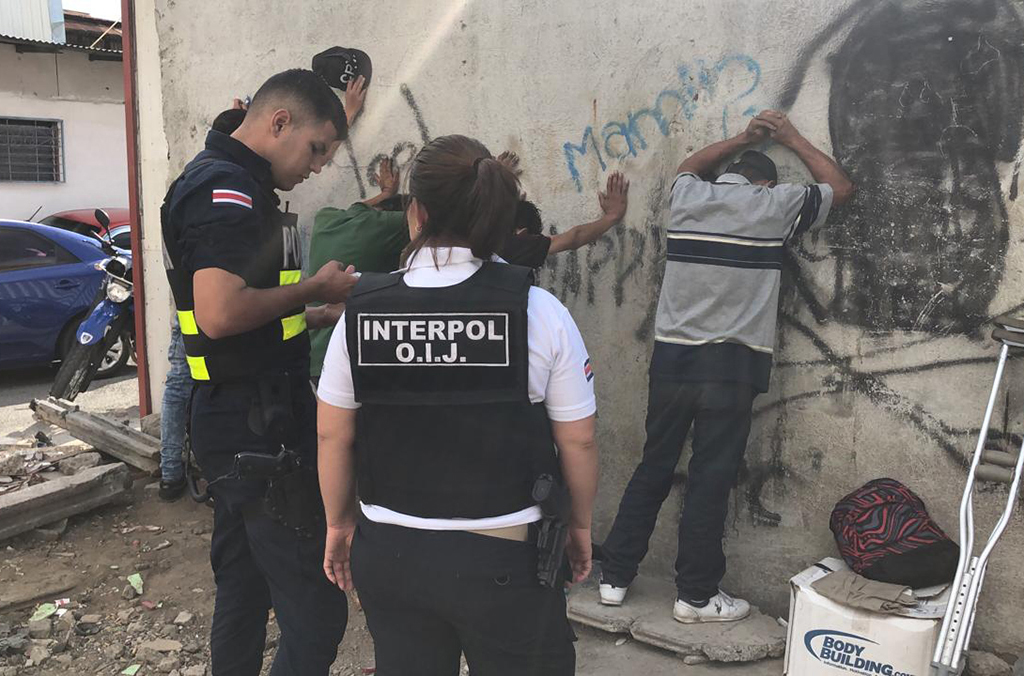 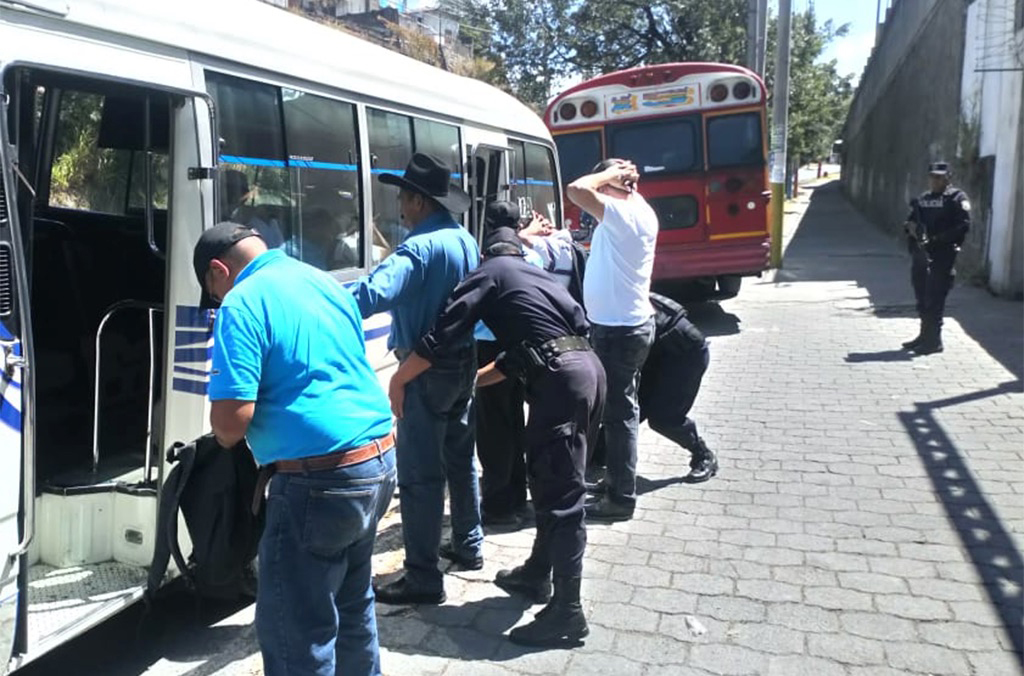 47 individuals in El Salvador, 18 of whom were linked to organized crime gangs such as the Barrio18 and MS13. 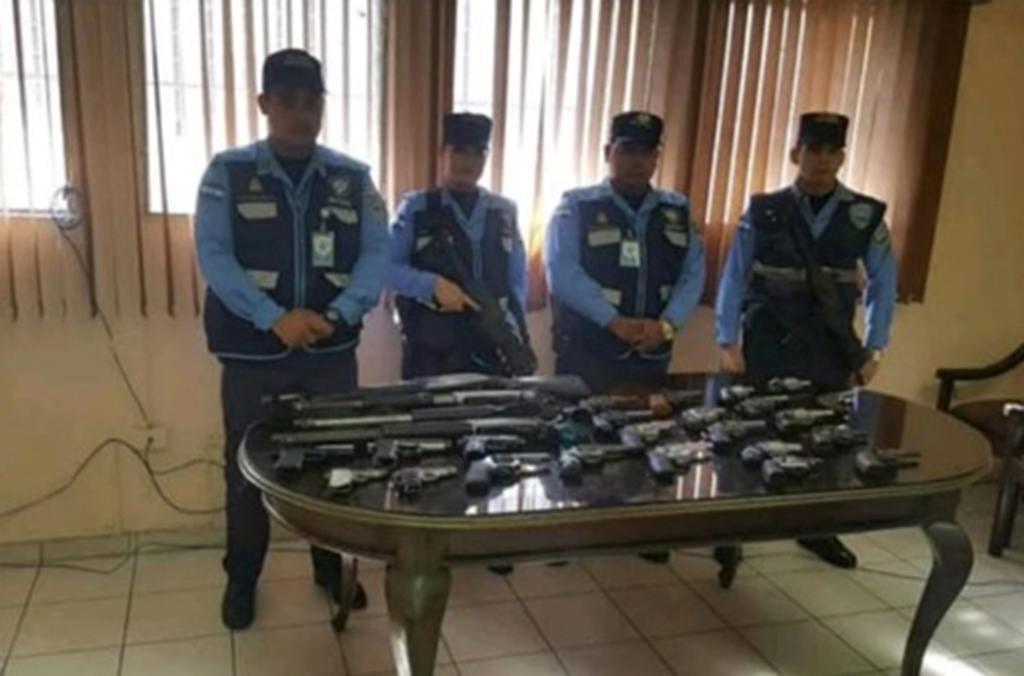 Honduran officials show some of the guns seized during Operation Trigger V. 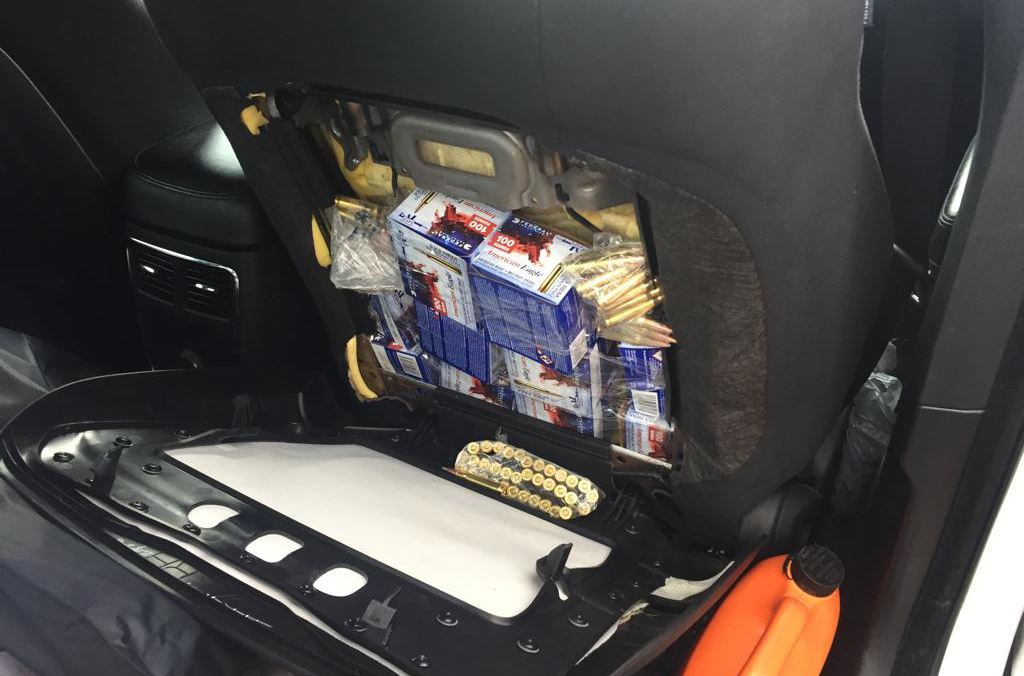 Mexican authorities on the US-Mexico border found bullets hidden in the back of car seats. 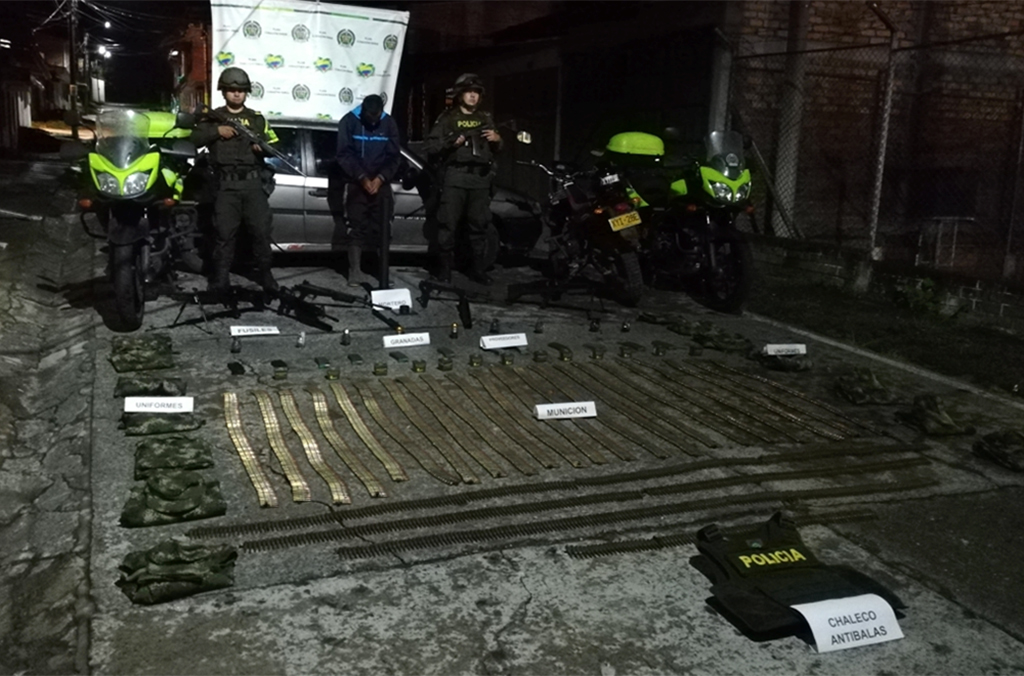 Operation Trigger V led to the seizure of 857 firearms, more than 38,000 bullets, 20 grenades and various police and military uniforms. 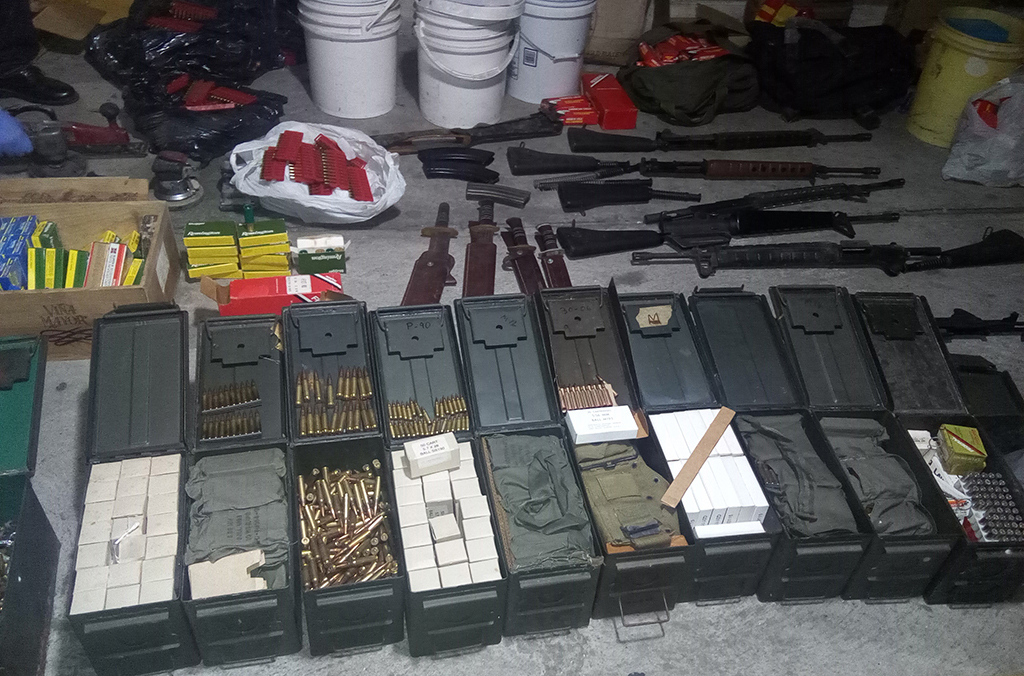 In Panama, an anonymous tip led police to a cache of ammunition, firearms and gallons of chemical and explosive materials. 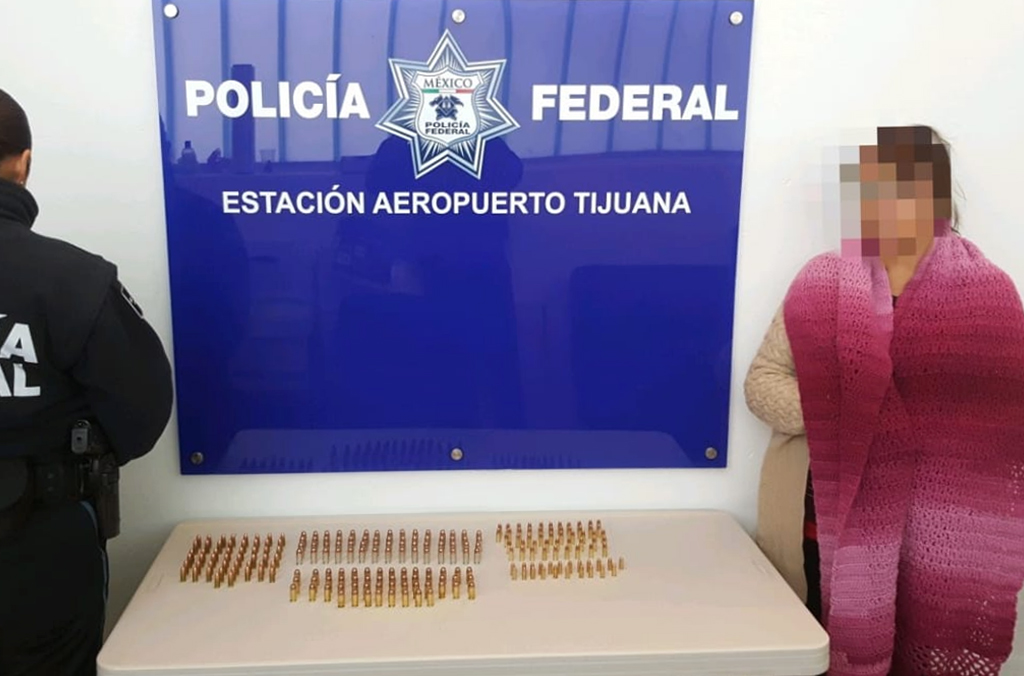 A woman was caught trying to smuggle bullets at the airport in Tijuana. 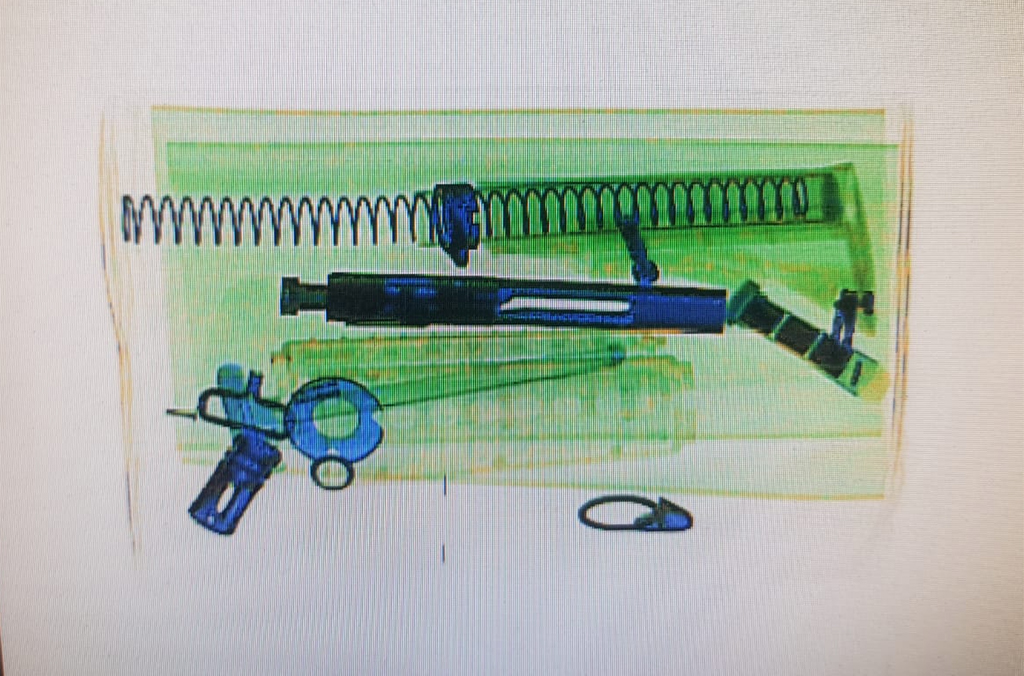 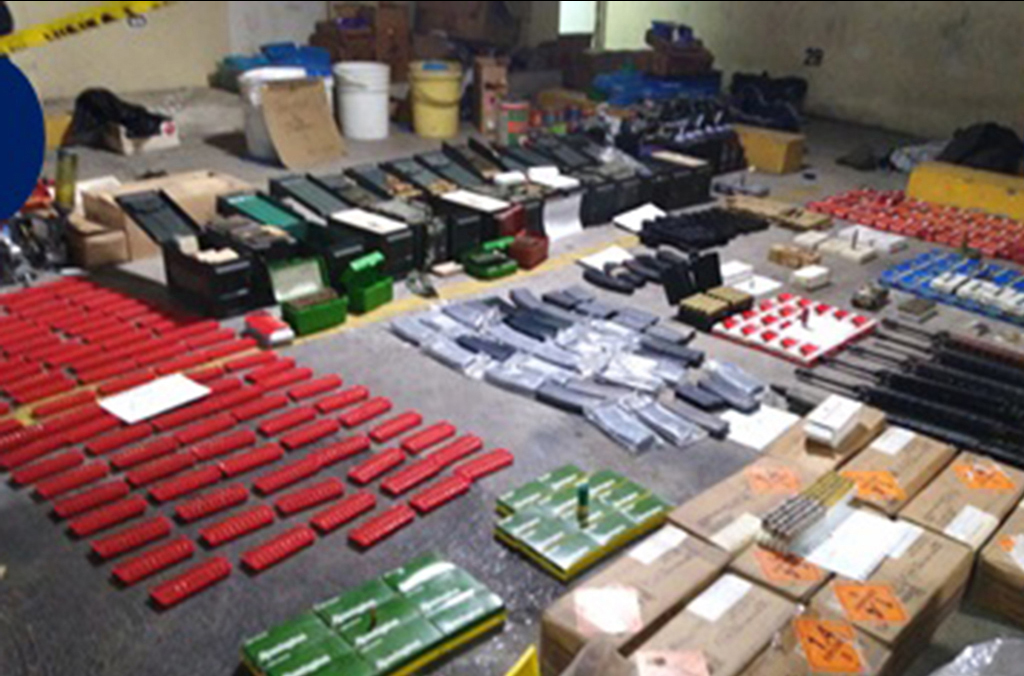 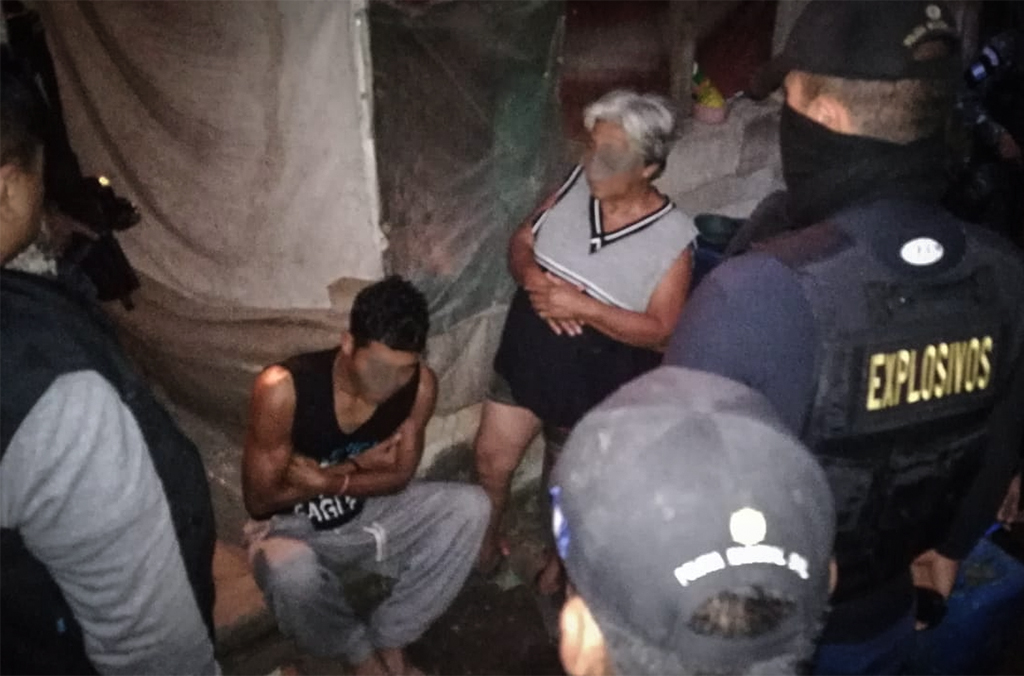 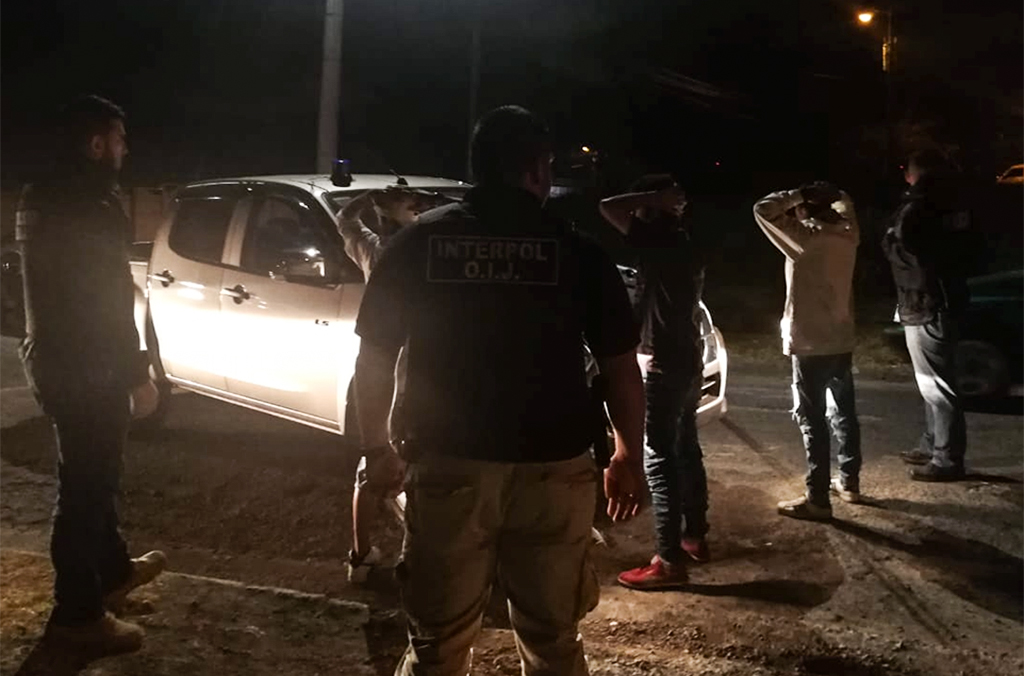 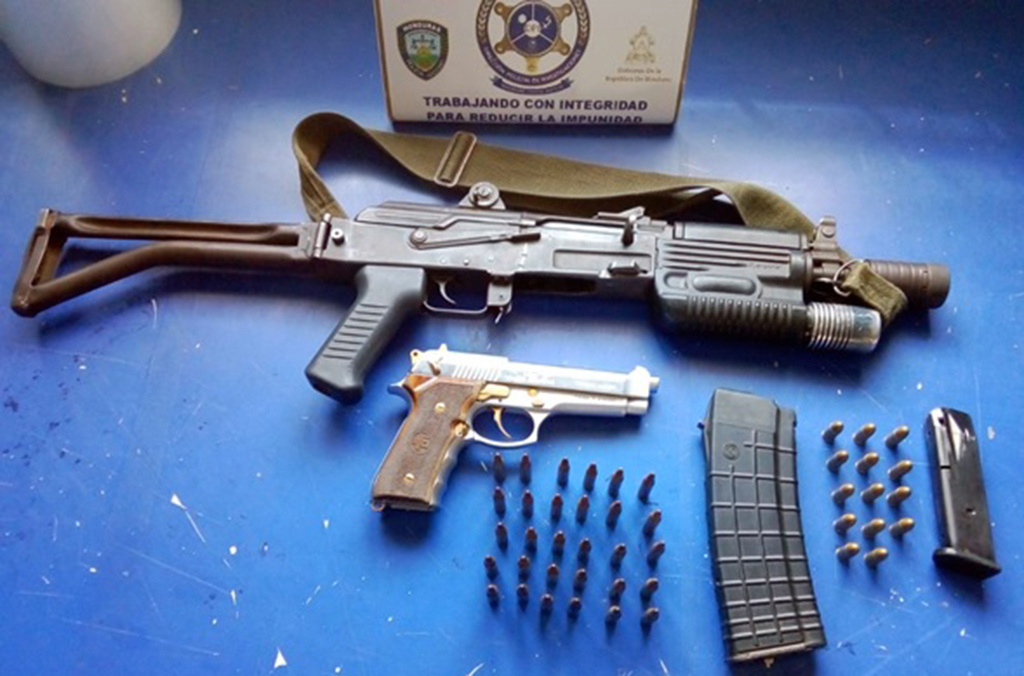 The operation led to key arrests, including the target of an INTERPOL Blue Notice seeking further information on the individual known as ‘Zeus o Mono’, suspected of heading a transnational arms trafficking ring responsible for supplying weapons to the National Liberation Army (ELN) in Colombia.

The suspect was intercepted travelling illegally from Guatemala to Honduras, and has since been deported to Colombia to face charges.

“The availability and use of illegal guns pose a clear threat to global security, stability and development, whilst also providing a lucrative profit stream for criminals.

“INTERPOL’s role is to help member countries remove illicit weapons from circulation, but most importantly, dismantle the networks which facilitate ‒ and depend on ‒ their trade.” Jürgen Stock, INTERPOL Secretary General

After seven days of coordinated action, 857 firearms were seized, in addition to more than 38,000 bullets, 20 grenades and various police and military uniforms.

Highlighting trans-continental nature of firearms trafficking, a vehicle check in Costa Rica uncovered two AK47 assault rifles, one of which had been recorded in INTERPOL’s iARMS database by a country in the Middle East.

Mexican authorities on the US-Mexico border found bullets hidden in the back of car seats.

Authorities in Mexico published Purple Notices warning of two methods for smuggling firearms and ammunition across the US-Mexico border. The first consisted of placing bullets in the hidden compartment of car seats, the second involved dismantling firearms in order to ship them via express courier services.

In Panama, the operation generated an anonymous tip, which led police to an isolated storage house packed with ammunition, firearms and gallons of chemical and explosive materials.

The operation notably led to a significant increase in the use of iARMS, INTERPOL’s Illicit Arms Records and tracing Management System. More than 125,000 records were added by participating countries, including 58,000 by Mexico alone.

Police worldwide can query the iARMS database to check if seized firearms have been reported as lost or stolen by other countries.

During Trigger V, 14 hits were generated on weapons previously recorded in the database, which will be analysed in order to identify further trafficking activities and smuggling routes.