LYON, France: A year-long investigative clampdown on criminal networks coordinated by INTERPOL has demonstrated the scale of phone and online frauds worldwide.

Codenamed First Light, the operation officially concluded in November with the following results:

This latest edition of Operation First Light marked the first time law enforcement has coordinated with INTERPOL on a global scale to combat telecoms fraud, with operations taking place on every continent.

This was followed by a year of intensive information sharing among participating countries, analyzing the intelligence acquired in the operation in order to identify suspects and pursue investigative leads.

Other types of fraud exposed in the operation include business e-mail compromise, romance scams and ‘smishing’, where standard messaging service (SMS) messages are sent to coerce a victim to divulge personal information that can subsequently be fraudulently used.

In Singapore, police arrested a man who presented false INTERPOL credentials when accompanying an elderly woman into a bank for a withdrawal. A further investigation found that the man appeared to be himself the victim of fraudsters who had called him pretending to be Chinese law enforcement agents, provided him with the fraudulent identification and directed him to seize the elderly woman’s funds.

The results underscored the transnational nature of many telephone and online scams, where perpetrators often operate from a different country or even continent than their victims.

Leveraging the borderless nature of the Internet, fraudsters rarely respect national jurisdictions in their scams. The money extracted from victims is also likely to involve multiple countries as criminals use overseas bank accounts or money mules to launder their funds.

“It is important for member countries to remember that they are not alone in combatting these frauds,” said INTERPOL Secretary General Jürgen Stock.

“INTERPOL’s global network exists to support one another in precisely this situation, with the timely sharing of police information and intelligence, particularly when it crosses one or more jurisdictions,” added Secretary General Stock.

“The COVID-19 pandemic has seen telecommunications and social engineering frauds multiply. Operation First Light has achieved remarkable success in the past year yet, going forward, a much broader global coalition of law enforcement – facilitated by INTERPOL – will be needed to combat these threats,” said Duan Daqi, Head of the INTERPOL National Central Bureau in Beijing.

The latest phase of Operation First Light was supported by the Chinese Ministry of Public Security. 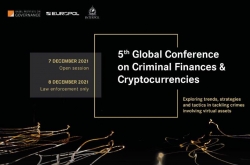