LYON, France – At the request of German authorities, INTERPOL has issued Red Notices for twin brothers suspected of involvement in the Dresden Green Vault  grand theft in November 2019. 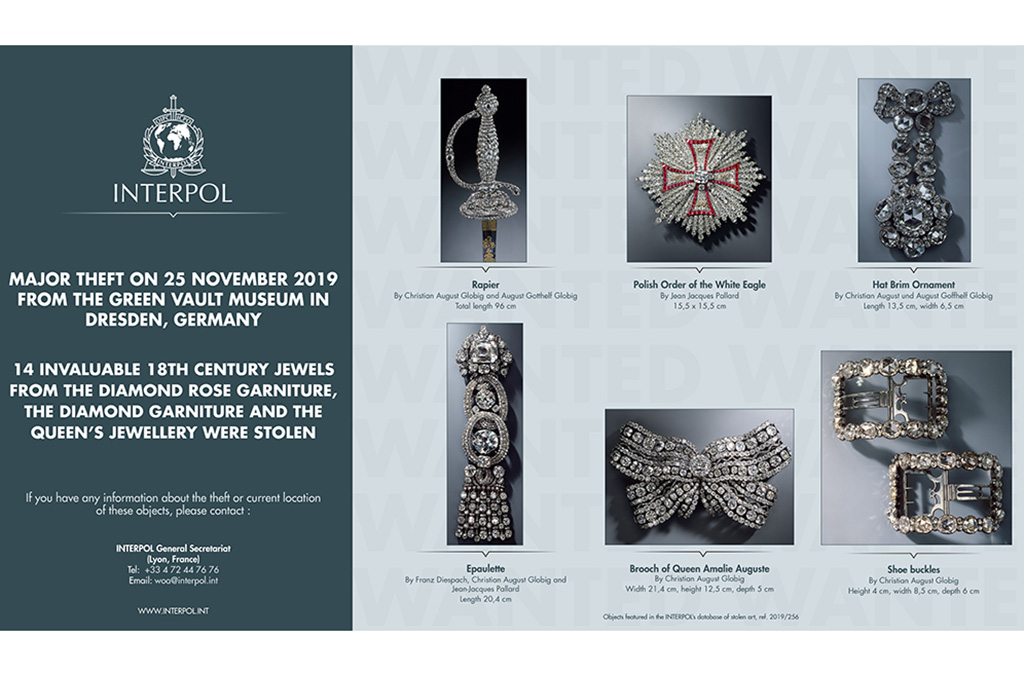 The 21-year-olds are wanted for grand theft and arson after more than a dozen items set with diamonds were stolen from the Dresden Green Vault.

Thieves broke into the museum after setting a fire at a nearby electrical junction box, causing a power outage. Two suspects were caught on CCTV footage smashing the display case that housed the jewels, with the thieves fleeing in a car which was later found burnt out.

The INTERPOL notices were issued after search warrants were executed in Berlin on Tuesday 17 November 2020 in which three people suspected of involvement in the jewel theft were taken into custody.

Shortly after the theft, INTERPOL published a special poster to highlight the theft of the 18th-century jewels, details of which were also added to the INTERPOL Stolen Works of Art Database.

Anyone with information about the location of these individuals, or the stolen items, is asked to contact the Bundeskriminalamt (German Federal Criminal Police) or INTERPOL’s Fugitives unit.