The arrest and extradition of Gonzalo Sanchez

In January 2020, Brazilian Federal Police officers arrived at the home of Gonzalo Sanchez in the coastal municipality of Angra dos Reis to find the former Argentine Navy officer had once again disappeared.

Under house arrest after he was first tracked down and arrested in 2013, Sanchez, aged 69, was wanted by his home country for crimes against humanity and the Brazilian Supreme Court had recently authorized his extradition.

As part of the notorious Task Group 3.3 charged with combating ‘subversives’, Sanchez allegedly participated in dozens of ‘forced disappearances’ during Argentina’s 1976-1983 military regime, including the killing of journalist and writer Rodolfo Walsh. 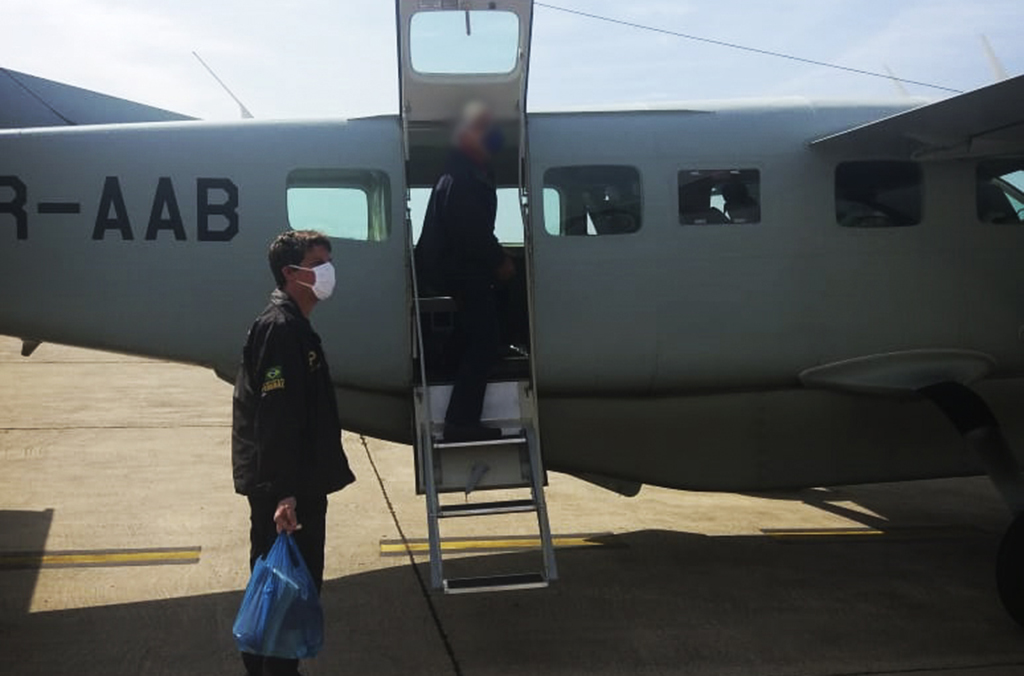 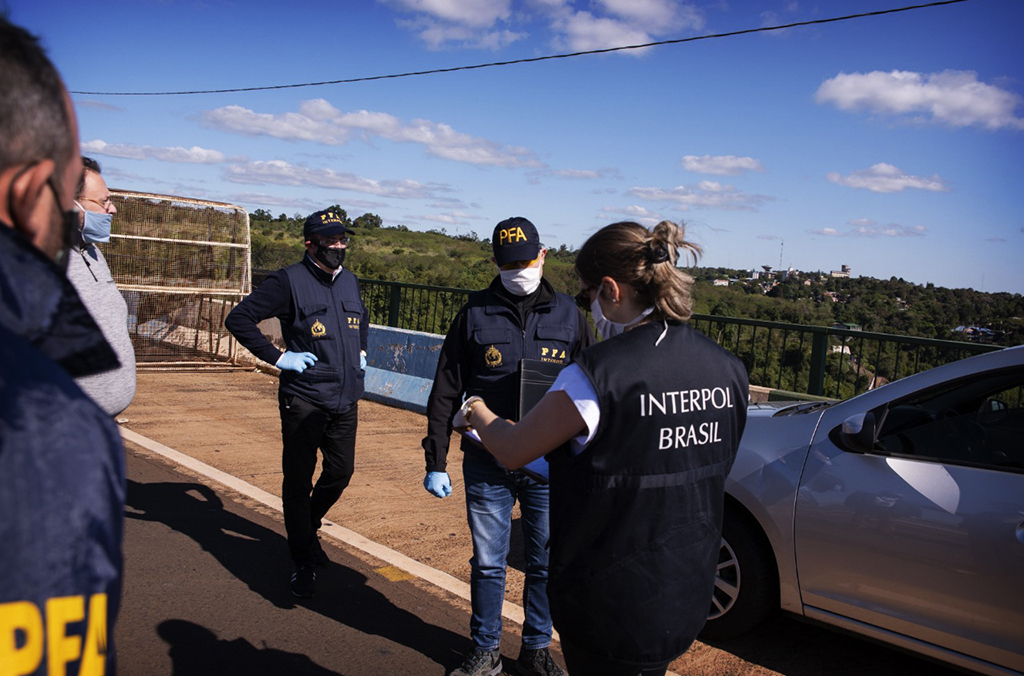 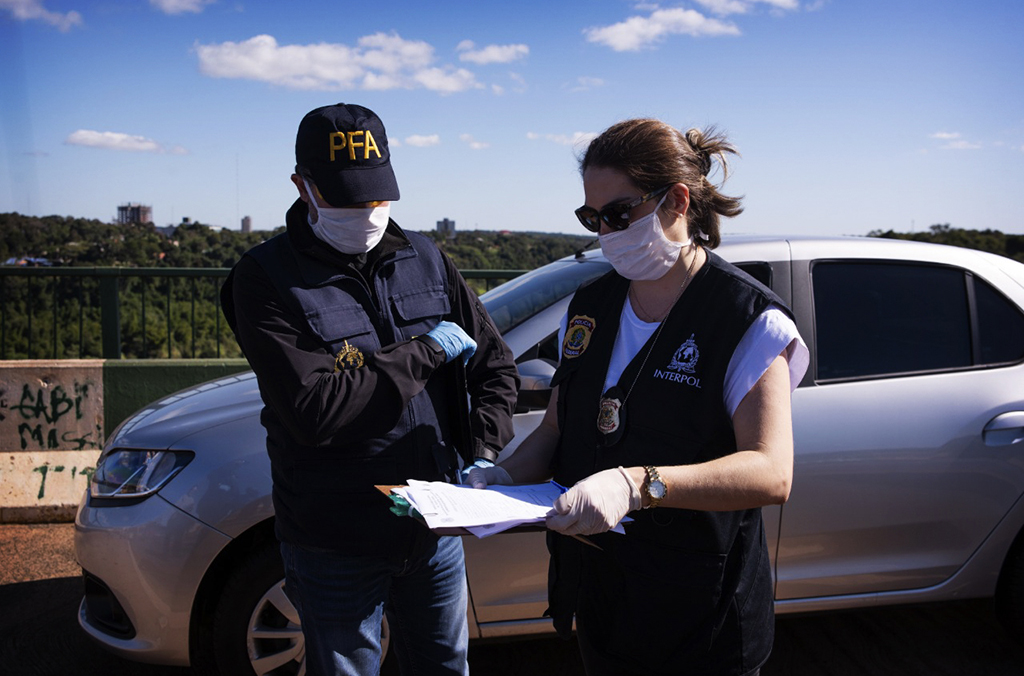 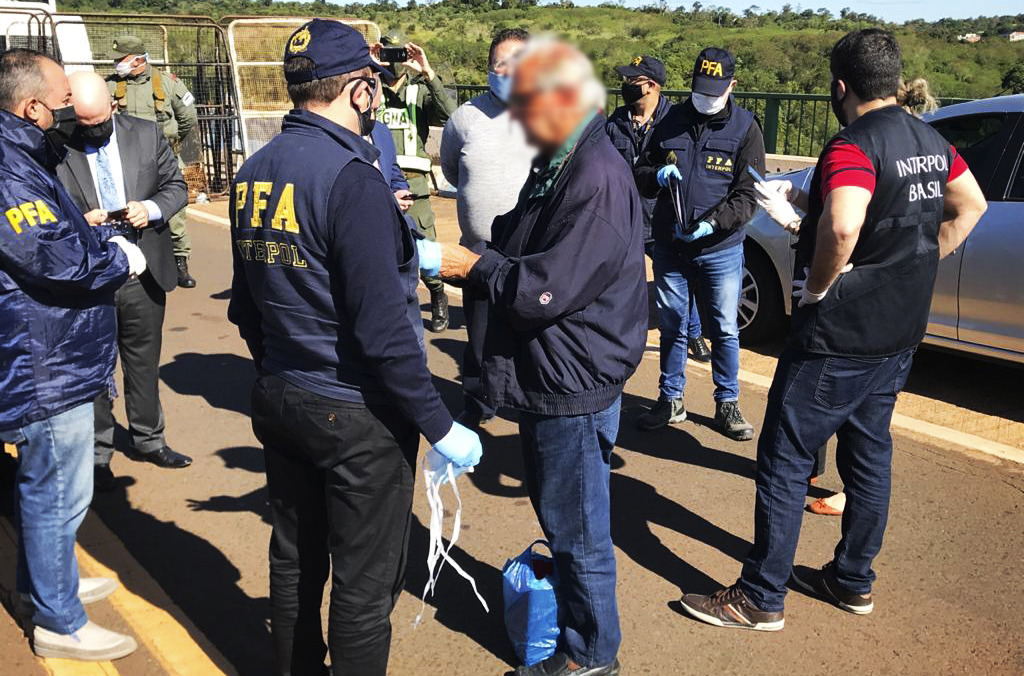 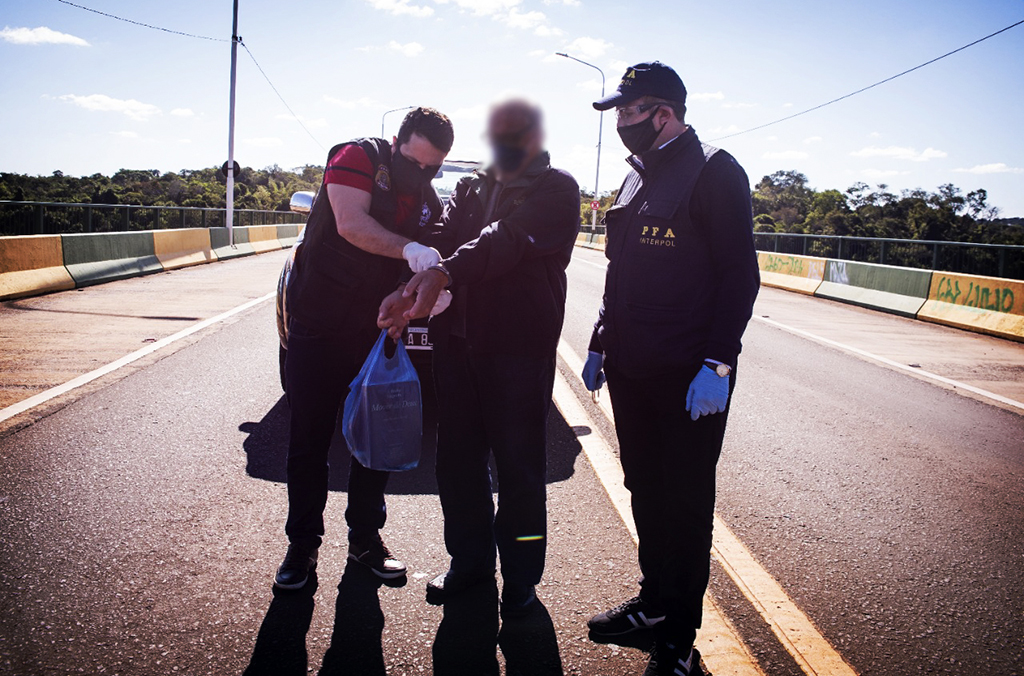 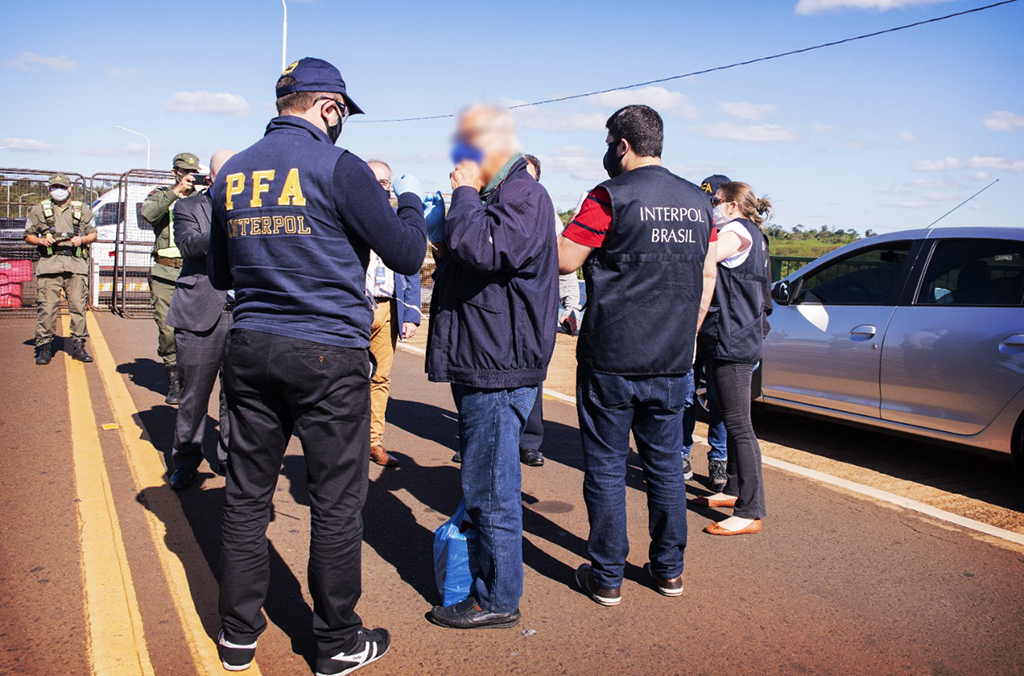 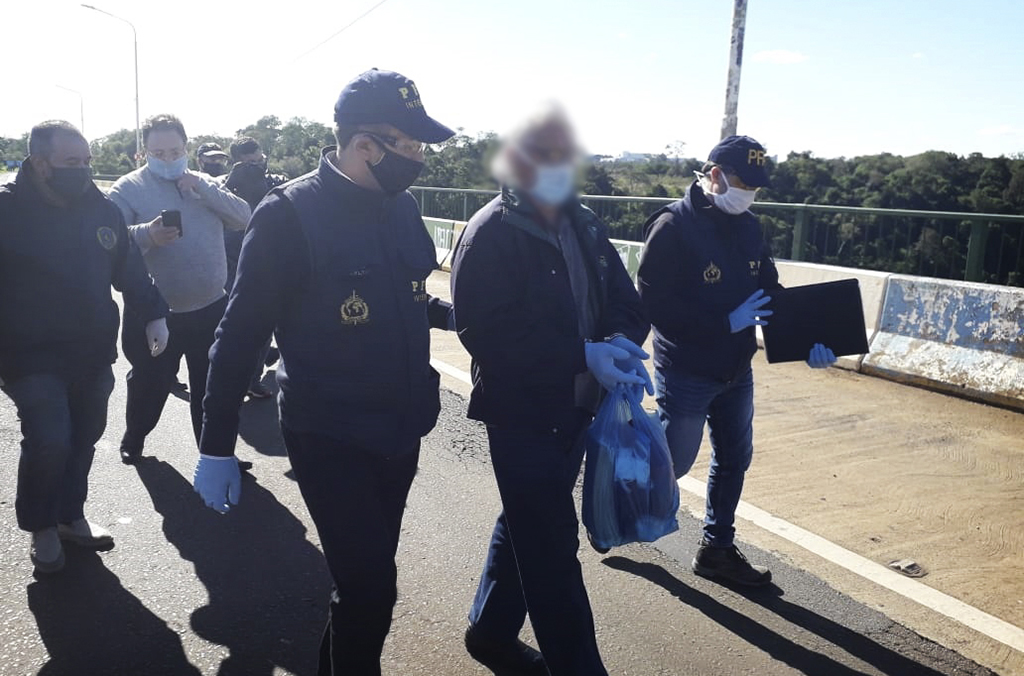 Victims were routinely kidnapped and brought to the Escuela Superior de Mecánica de la Armada – a Navy school which doubled as a secret detention centre – where they were interrogated, tortured and, ultimately, murdered. Many were drugged and thrown from planes into the Atlantic Ocean in so-called ‘death flights’.

In 2009, an INTERPOL Red Notice was issued at Argentina’s request against Sanchez, who had by that point been on the run for several years. On his arrest in 2013, he was found living under a false name and providing nautical engineering services in Agra dos Reis – a reminder of his Navy past.

INTERPOL’s Fugitive Investigative Support unit had been following the case closely since 2016 as part of Project BASIC – a coordinated effort to crack down on outstanding war criminals.

Ideal place for a fugitive

As soon as Brazilian Federal police discovered Sanchez was once again a fugitive, it was clear that finding him would take considerable time and effort.

“At this moment, we realized that it would be a difficult and possibly time-consuming job, since the region of Angra dos Reis, in Rio de Janeiro state, is full of islands, hills, communities and farms. It’s an ideal place for a fugitive from justice,” said a representative from Brazil’s INTERPOL National Central Bureau (NCB) in Brasilia.

“We realized it would be a difficult and time-consuming job. […] It’s an ideal place for a fugitive from justice.”

The task force started with what they knew about the fugitive: he had fathered a Brazilian child and belonged to a local religious community. Being on the run and out of work also likely meant that the same family and friends who facilitated Sanchez’s escape were continuing to support him financially. Officers began a three-month surveillance and monitoring mission of Sanchez’s inner circle in of Paraty – a historic colonial municipality on the Southern border of Rio de Janeiro state.

Complicating the surveillance effort, however, was the arrival of the global COVID-19 pandemic to Brazil’s shores. The pandemic meant street circulation was down, making the presence of police harder to disguise, and restrictions on public gatherings meant that Sanchez would not be attending religious gatherings any time soon.

On the day after Mother’s day in Brazil (10 May), the police task force received intelligence indicating that a core group of people close to Sanchez, including his seven-year-old son, were travelling up the coast to the “Taquari hinterland”. Bordering a vast mountainous nature reserve, the area was exposed with few houses, meaning a discreet police approach would be practically impossible. When the team arrived as close as they could without raising suspicion, they conferred with locals who indicated that Sanchez was hiding in a house on the outskirts of the village, closest to the nature reserve.

Police entered the house to find Gonzalo Sanchez with his family and close friends, confirming the thesis of a family reunion. None of those present offered any resistance and Sanchez was taken into custody.

As soon as Sanchez was captured, the police reports were forwarded to NCB Brasilia, which coordinated his extradition. The INTERPOL NCBs in Brasilia and Buenos Aires had worked together closely beforehand to ensure that nothing would impede the process, including the pandemic. Due to the lack of commercial flights between the two countries in the context of COVID-19, a Brazilian Federal Police aircraft transported Sanchez to the border in Foz do Iguaçu, where he was handed over to Argentine authorities.

“In our view, the most important part of this case was the good coordination between Brazil and Argentina that allowed the fugitive to be arrested in Rio de Janeiro on 11 May and surrendered to Argentina at the border of Foz do Iguaçu-Puerto Iguazu on 14 May – a distance of almost 1500 kilometers,” said Commissioner Bruno Samezima, Head of NCB Brasilia. “COVID-19 did not prevent police from effectively carrying out their duties.”

“The most important part of this case was the coordination between Brazil and Argentina […]. COVID-19 did not prevent police from carrying out their duties.”

“In the face of such a serious pandemic situation, the arrest of Sanchez truly represents the professionalism and service of law enforcement officers,” said Commissioner Edgardo Martin Moses, Head of NCB Buenos Aires. “His extradition involved a great effort and coordination between both countries to ensure he could be successfully brought before justice, while ensuring the safety and health of Argentine and Brazilian officials.”

For Stephen Kavanagh, INTERPOL’s Executive Director of Police Services, the case is a prime example of how COVID-19 has both changed and reaffirmed the vital role of police work in a challenging context.

“The horrific crimes which Gonzalo Sanchez is accused of occurred more than 40 years ago. And yet, when the Brazilian police received the go-ahead to locate and extradite him – in the middle of a global pandemic – they wasted no time and succeeded in a matter of months,” the INTERPOL official said.

“It may not be ‘business as usual’ but the dedication of law enforcement to bring fugitives to justice remains the same.”