Worth almost USD 152 billion a year, the illegal timber industry accounts for up to 90% of tropical deforestation in some countries and attracts the world’s biggest organized crime groups. It causes serious economic, environmental and social damage and fuels conflict in forest regions where criminal gangs compete for available markets.

Tax evasion, corruption, violent crime, fraud and money laundering, and even the hacking of government websites to obtain permits, are commonplace on the forestry crime landscape.

Human encroachment into forested areas, driven by illegal logging and agricultural expansion, is increasing human contact with wildlife’s infectious diseases. This drives their transmission to humans, particularly when the demolition of forests displaces disease-carrying species out of the forest and into urban areas.

INTERPOL set up a dedicated Environmental Security Programme in 2010.  This week, to celebrate the programme’s first decade of action, we focus on how INTERPOL has enabled countries in all parts of the world to tackle the wide range of serious crimes associated with the timber industry.

Ten years of INTERPOL action against forestry crime has seen a shift in focus from the front line timber criminals to the conglomerates and organized crime groups behind the industry. The world’s police community has reacted by working together across the entire timber supply chain to disrupt criminal networks and the financial flows that facilitate forestry crime.

The world’s most widely traded illegal wild product is rosewood, making up to USD 50,000/m3 and increasing 700 times in value between the criminal logger and end buyer

1.    Greater police awareness:  a decade of action has given police forces in 194 countries a firm grasp of INTERPOL’s intelligence analysis, operational and technological support capacity.  It has helped the world’s police community to recognize the institutionalized global timber trafficking scheme enabled by high-level corruption, and given front line officers the knowledge and skillsets required to tackle it effectively.  Today, recognizing the serious impact of illegal timber trade, destination countries are also actively tackling the crime area, initiating investigations even though the initial timber crime is actually committed in other parts of the world.  More and more police forces are creating their own dedicated forestry crime units to address the organized crime networks behind timber crime.

2.    Addressing emerging trends: tackling forestry crime is comparable to the global war against drugs: the crime and the criminals keep on adapting.  INTERPOL has spent the past decade working closely with investigators across the globe, sharing ideas, techniques and information to identify patterns in the forestry sector. Notable trends include the detection of timber laundering throughout the production process and the laundering of illegal timber with legal timber during transport and processing.

Al-Shabaab, a violent terrorist group responsible for several major attacks in Somalia and Kenya, has been one of the main beneficiaries of the illegal charcoal trade

4.    All-inclusive investigations: INTERPOL strives to ensure police officers in all continents and at all levels focus on the broad organized crime networks rather than individual offenders.  For the past decade we have provided tailored advice, mentoring, policing tools and training across the criminal justice chain, supporting investigations, prosecutions, adjudications and confiscations of criminal assets.  This has boosted forestry crime investigations worldwide and triggered operations and asset recovery efforts, depriving criminal groups of illegally obtained money and proceeds of crime.

5.    Stronger transnational cooperation: using INTERPOL’s secure global police communications network called I-24/7, police forces today fight forestry crime together, across borders, monitoring the global crime landscape and steering financial investigations to follow the money which drives organized crime. Cooperation between forestry officials, customs, border agents and the police has been crucial over the past ten years to tackling timber trafficking effectively. The main focus has been on tax fraud and corruption investigations against logging companies, plantations and the mills who work with organized crime networks. 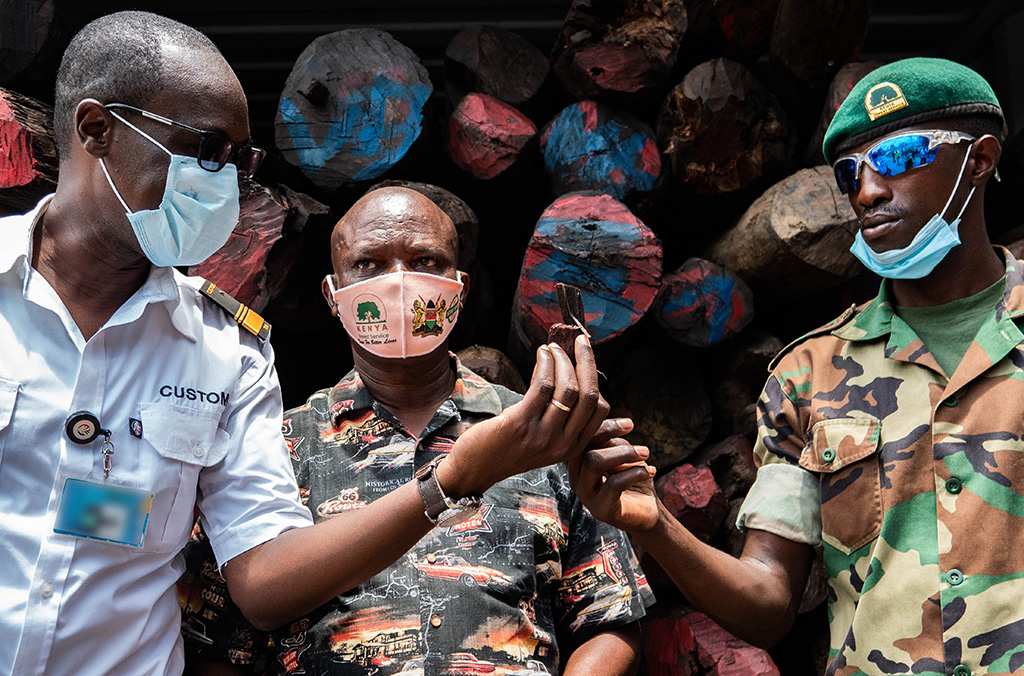 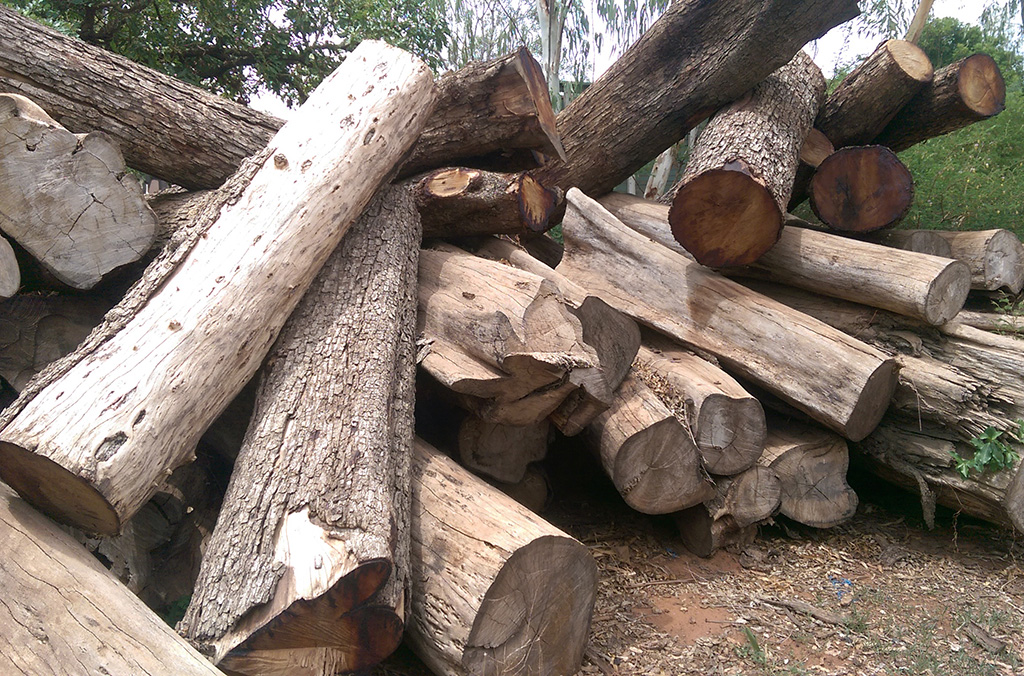 Worth almost USD 152 billion a year, illegal timber – such as seized here in West Africa during an INTERPOL operation - attracts the world’s biggest organized crime groups 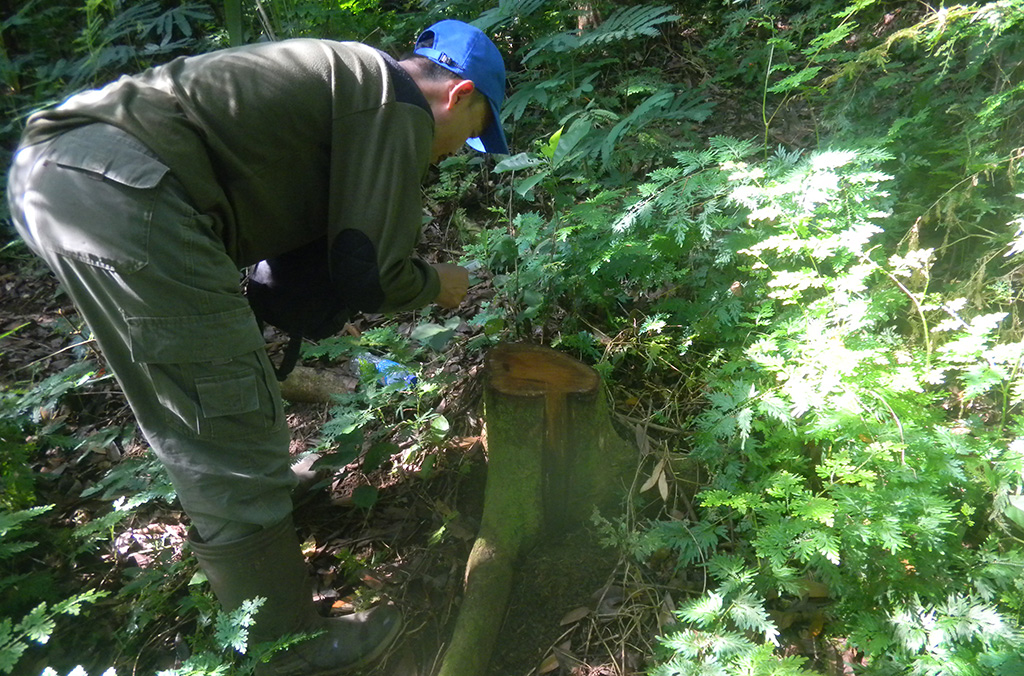 INTERPOL has spent the past decade working closely with investigators across the globe to support them in detecting, preventing and investigating forestry crime in the field 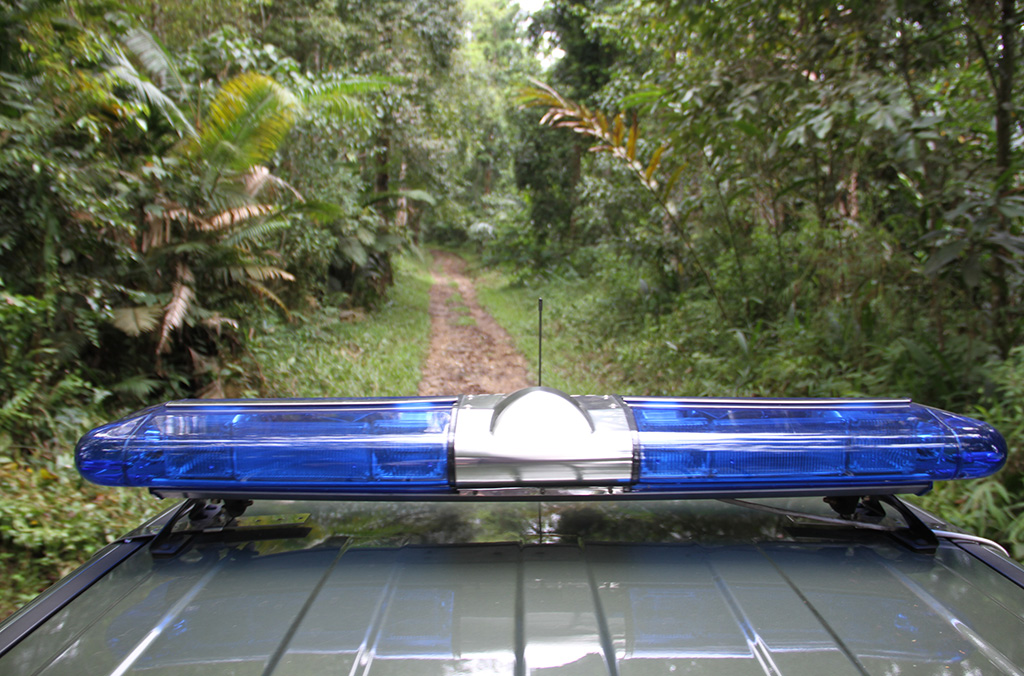 More and more police forces are creating their own dedicated forestry crime units to address the organized crime networks behind timber crime. 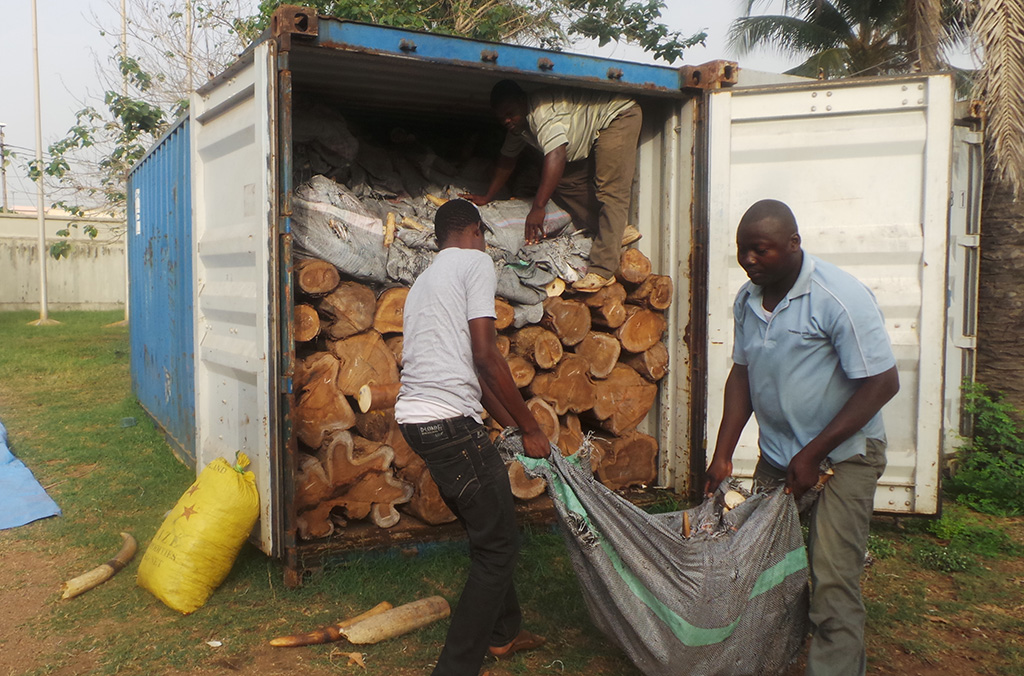 A decade of INTERPOL operations has seen the seizure of more than 1 million m3 illicit timber across Africa, Asia, Europe and the Americas 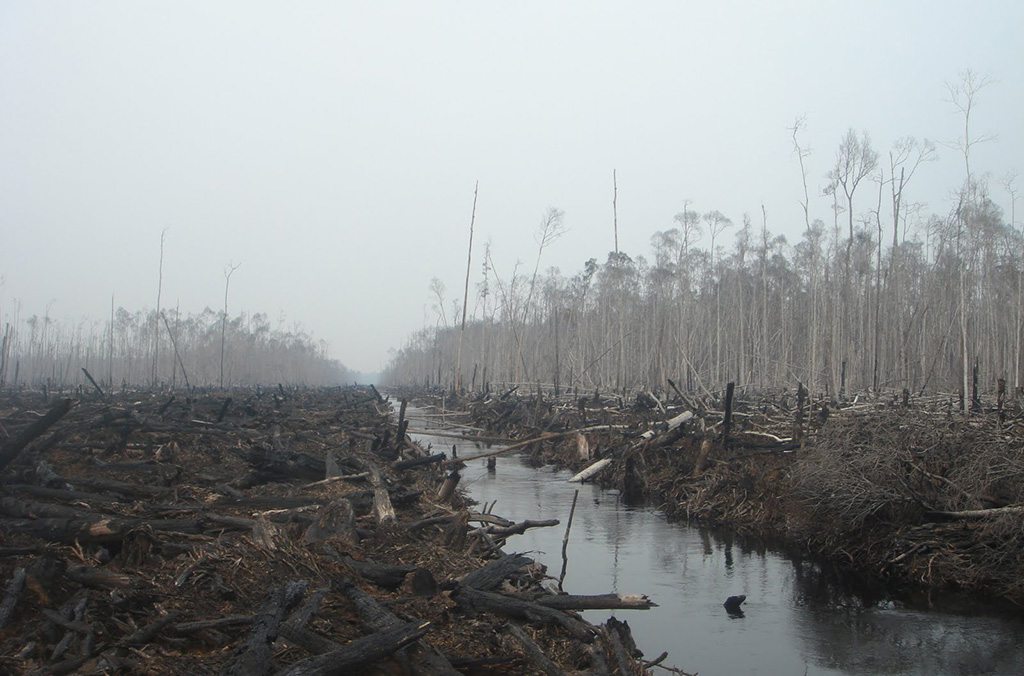 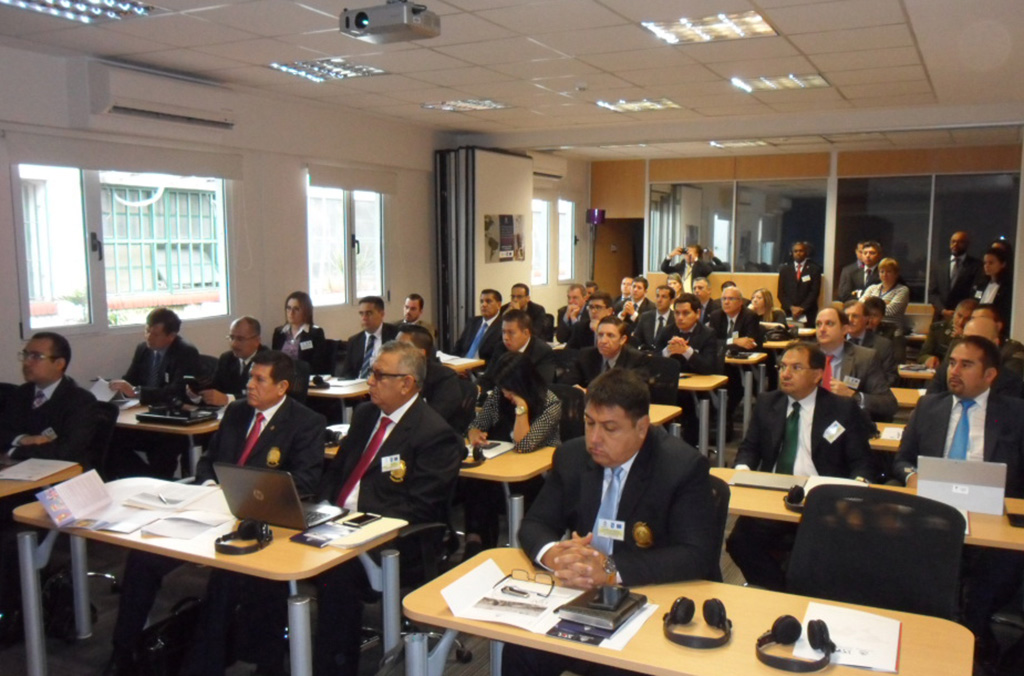 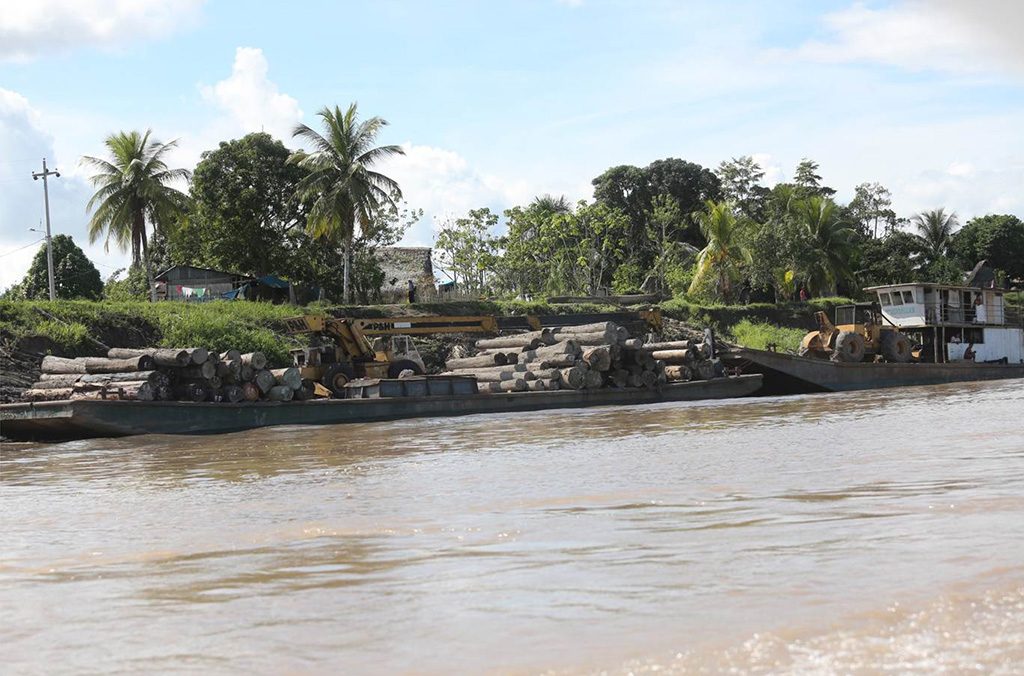 Operations have enabled investigators to identify a decade of emerging crime trends in the forestry sector, such as the detection of laundering of illegal timber with legal timber during transport 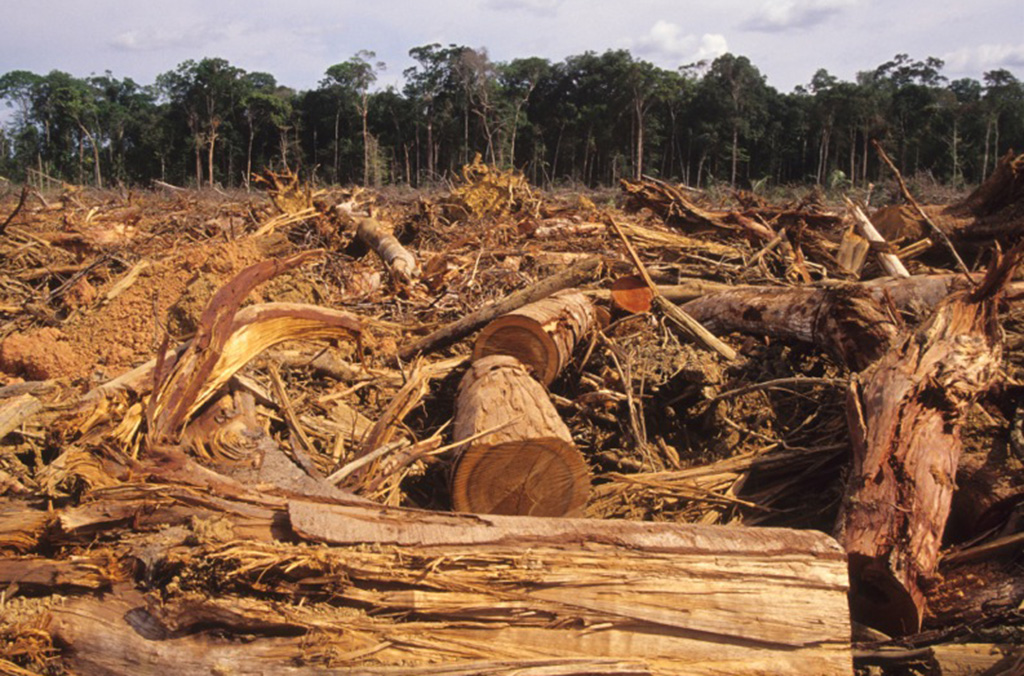 Illegal timber trafficking accounts for up to 90% of tropical deforestation in some countries and causes serious economic, environmental and social damage 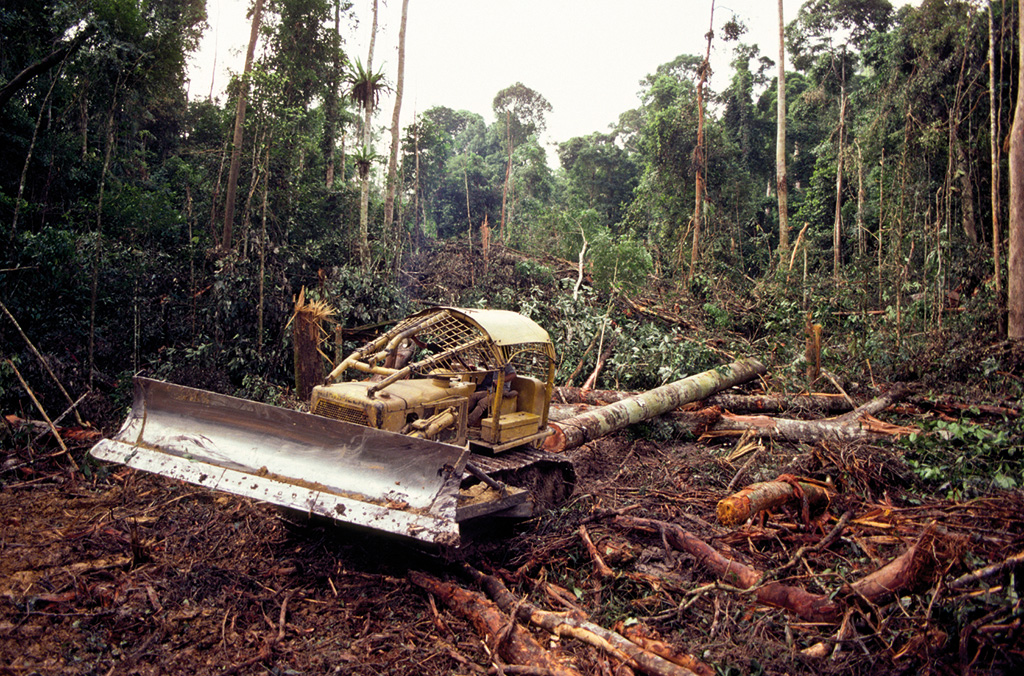 Human encroachment into forests increases human contact with wildlife’s infectious diseases, pushinges disease-carrying species out of the forest and into urban areas.
/

6.    Addressing the taboo head-on: corruption is one of the main factors that facilitates forestry crime. A decade of INTERPOL anti-corruption training – both online and in class – has enabled police forces, forestry investigators and forest law enforcement agencies in all continents to detect, investigate and prosecute corruption better, and deal with the challenges necessarily involved in doing so. Digital and mobile forensics for anti-corruption investigations are high on the agenda of each training course, in addition to best practices for detecting corruption in the forestry sector, particularly in relation to timber contracting and licensing.

7.    Tailored capacity building: INTERPOL has spent a decade strengthening national investigative and operational police capacities through regular training schemes delivered to the wider range of timber crime stakeholders.  We have been building capacity at frontline, investigation, prosecution and border levels of forestry enforcement. This has led to more investigations and prosecutions linked to logging, trading, processing, manufacturing, exporting or importing illegally gained wood products.  We have built multiple national task forces to ensure enforcement of timber laws and regulations.

9.    INTERPOL Notices: Many INTERPOL Notices have been issued over the past decade for fugitives wanted either for prosecution or to serve a sentence related to forestry crime. INTERPOL colour-coded Notices enable countries to share alerts and requests for a wide range of forestry crime information worldwide.

10.    Crime convergence: a decade of detecting links between forestry crime and other serious organized crime,  which acts as an enabler for fraud, corruption, tax evasion and money laundering. 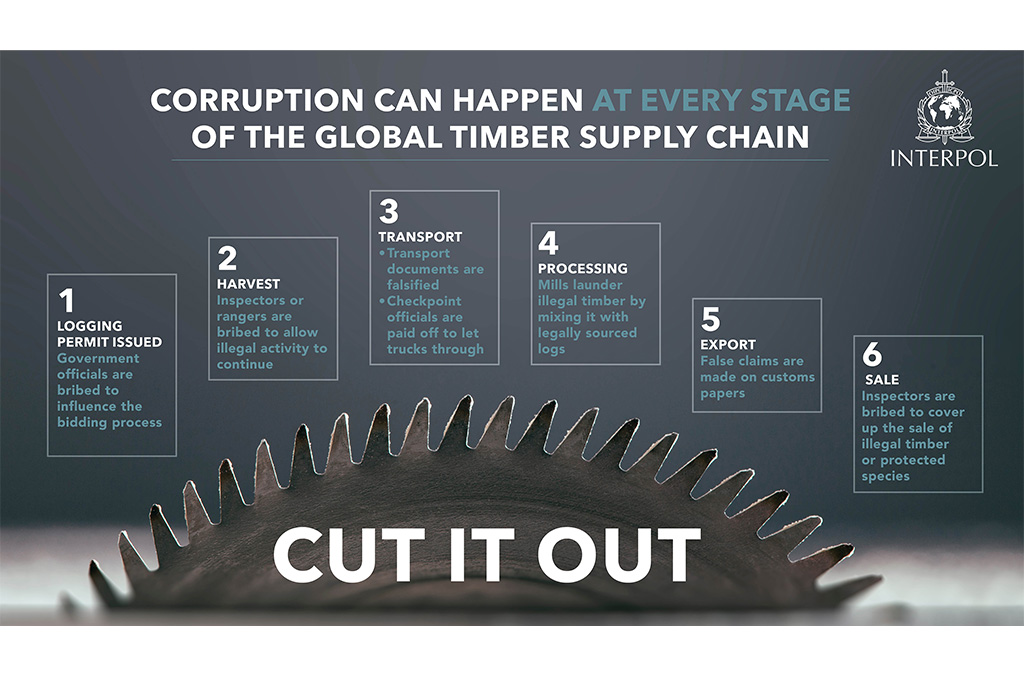 Furniture that destroys forests: your home furnishings probably include at least one piece built from illegally gained wood and could be linked to firearms trafficking and even murder

Tackling forestry crime in the field

Regional and global police operations since 2010 have allowed national law enforcement to take their investigations beyond borders and work with police across the world in securing evidence, apprehending suspects, obtaining prosecution and convicting suspects involved in illegal logging and the wide range of associated serious crime.

INTERPOL has conducted dozens of global police operations against forestry crime over the past decade, resulted in the seizure of more than 1 million cubic metres of illicit timber (worth in excess of USD 1.5 billion) across Africa, Asia, Europe and the Americas.

Operations have seen the involvement of national forest enforcement authorities, police, customs, Financial Intelligence Units and other specialized forces, together carrying out targeted inspections and investigations against transport vehicles, retail premises, finances, individuals and also surveillance and monitoring at ports and transport centres. 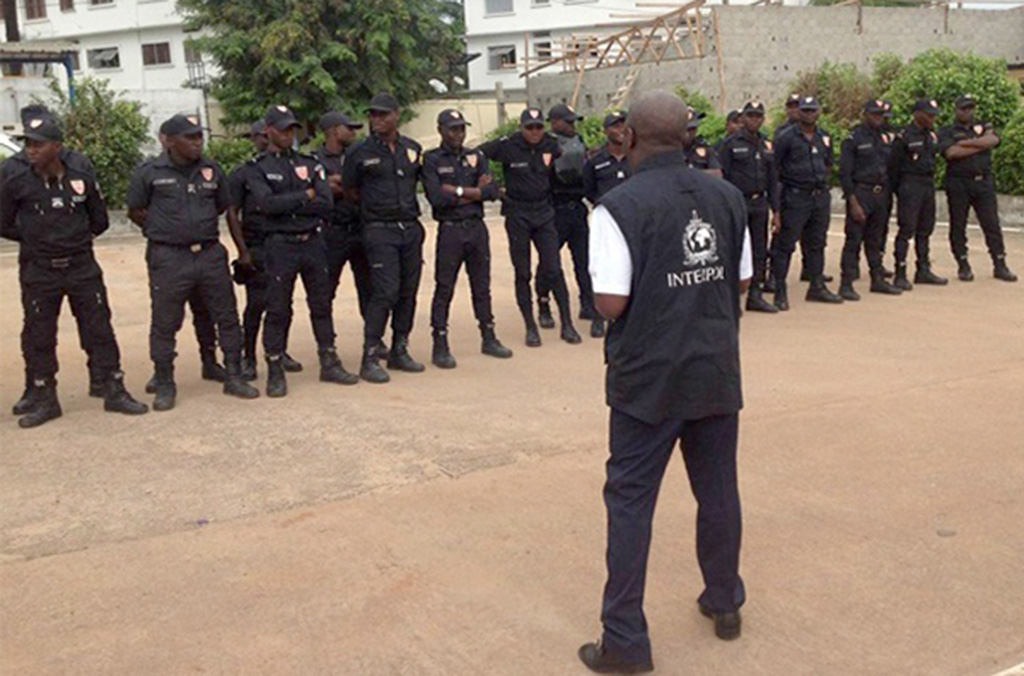 INTERPOL has coordinated global operations over the past decade to strengthen law enforcement’s ability to detect, investigate and tackle illegal logging in the field 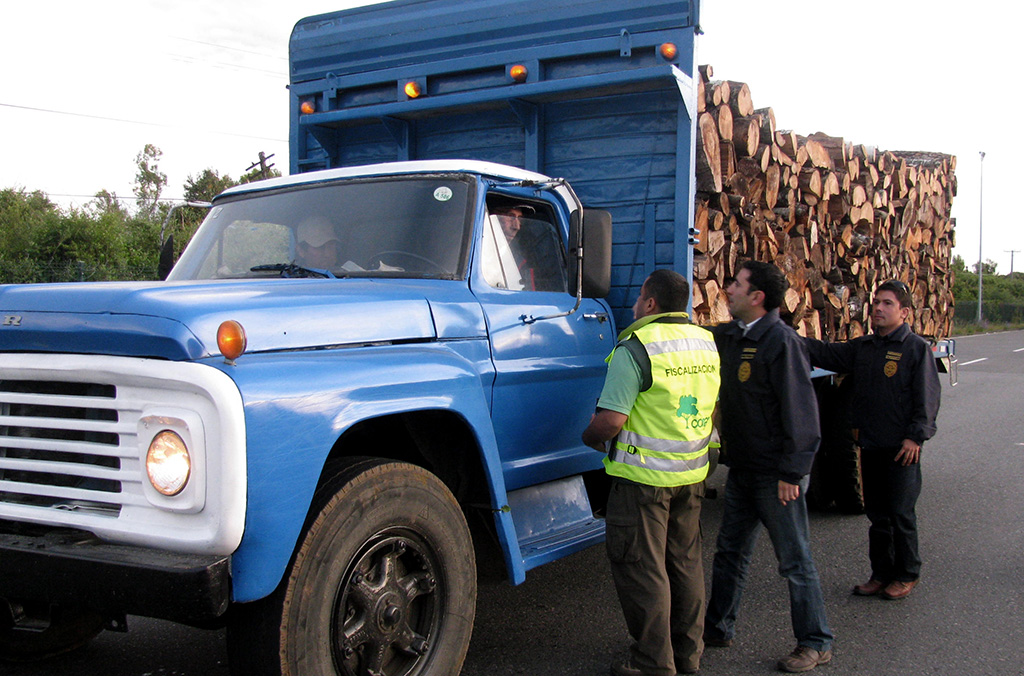 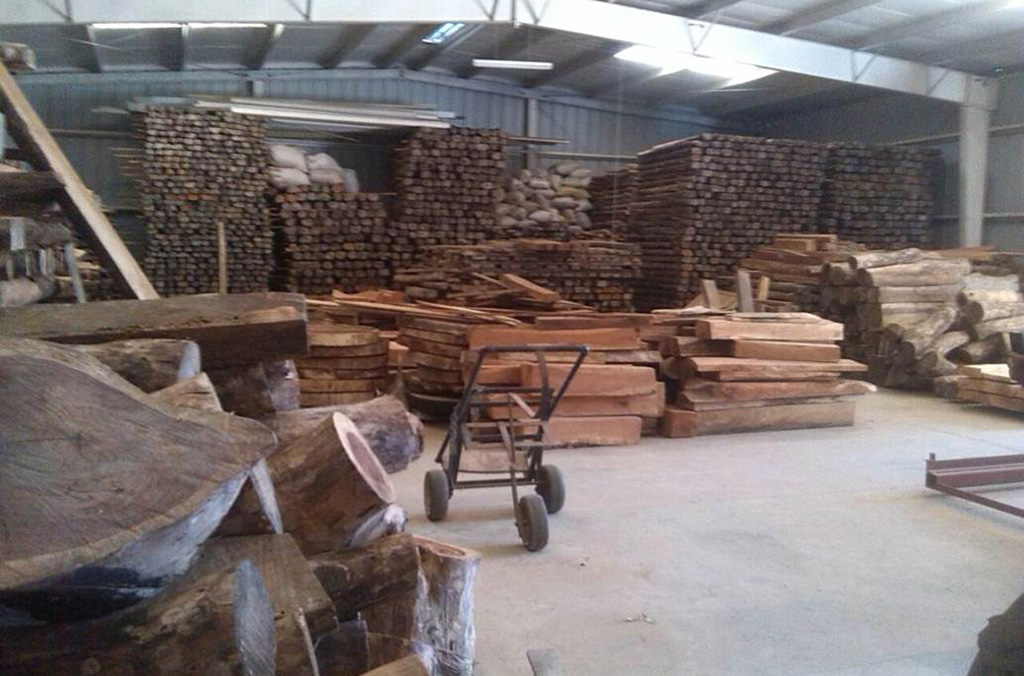 From 2014-2018, “Amazonas” operations saw almost 700 arrests, the seizure of over USD 87 million worth of protected wood (100 million m3) and the confiscation of trafficking vessels and wood processing machinery 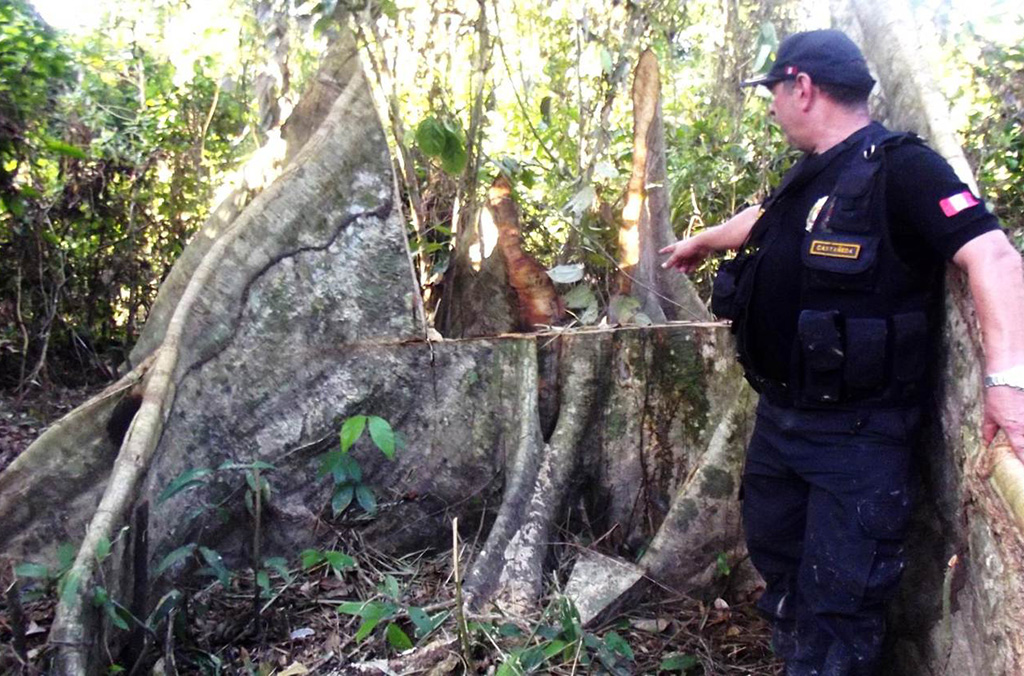 Amazonas operations investigate, arrest and prosecute the criminals and networks involved in the illegal timber trade in Central and South America 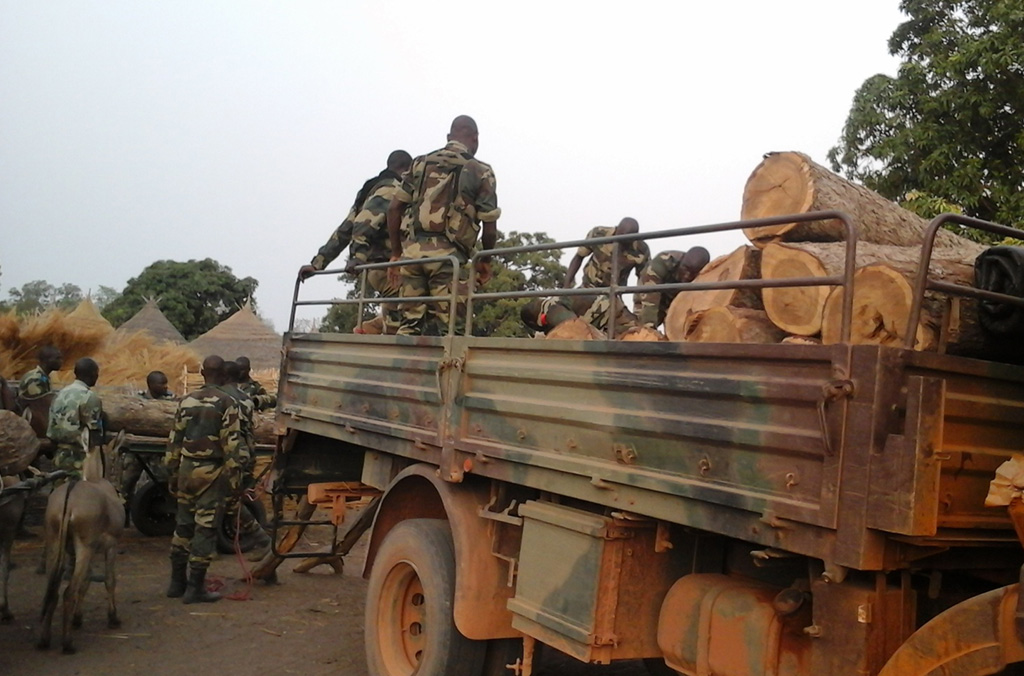 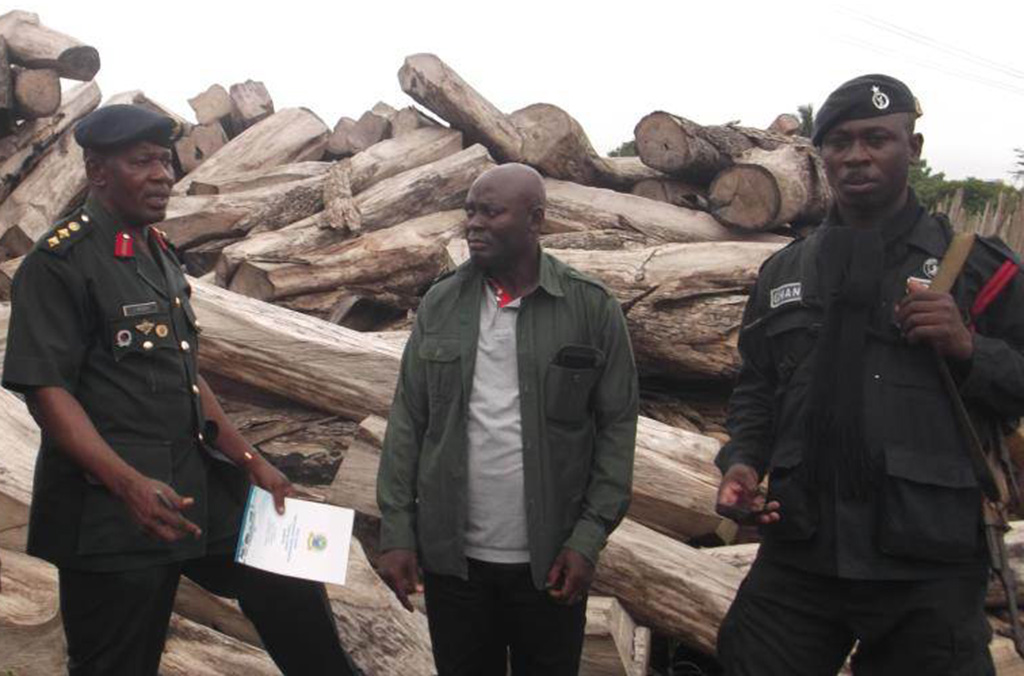 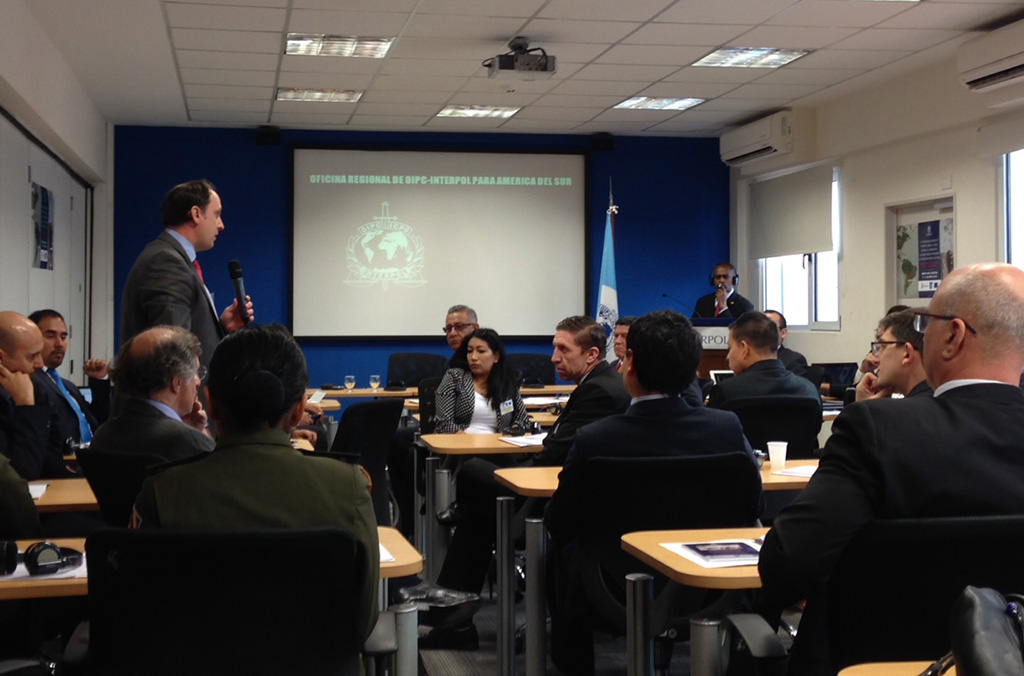 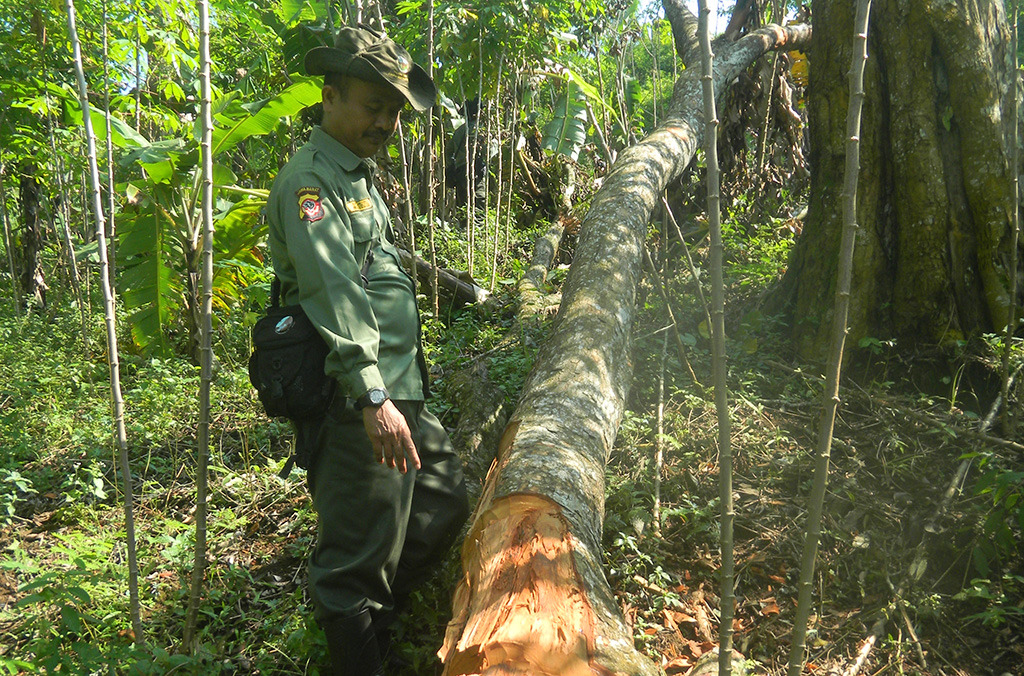 INTERPOL operations focus on every stage of the timber supply chain, from illegal harvest – as attempted here in Indonesia before forestry rangers intervened – to transportation, processing and selling 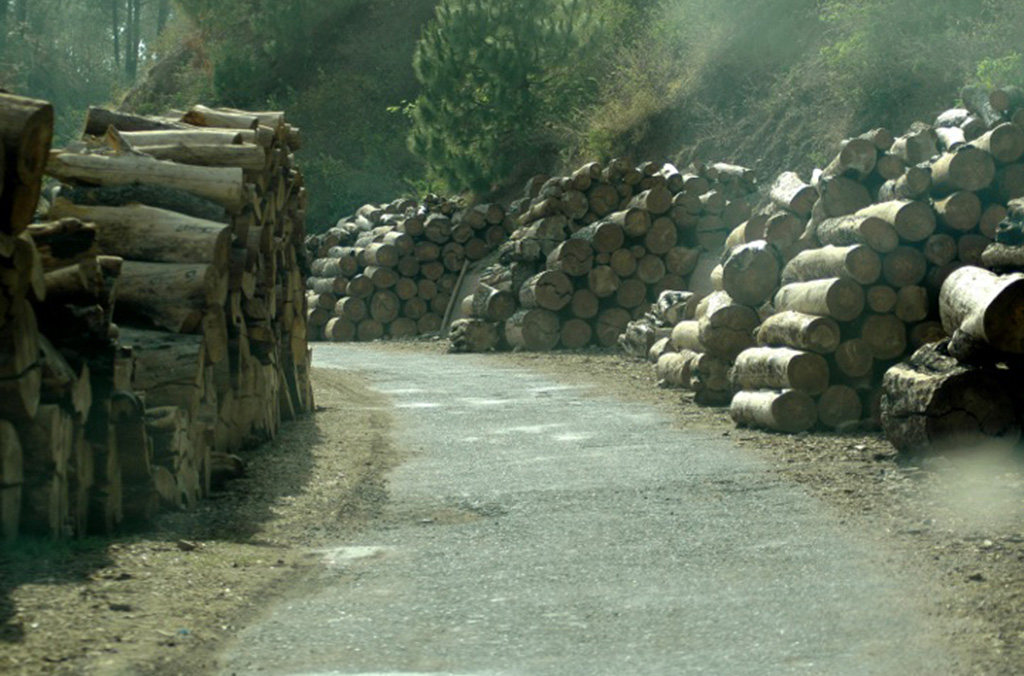 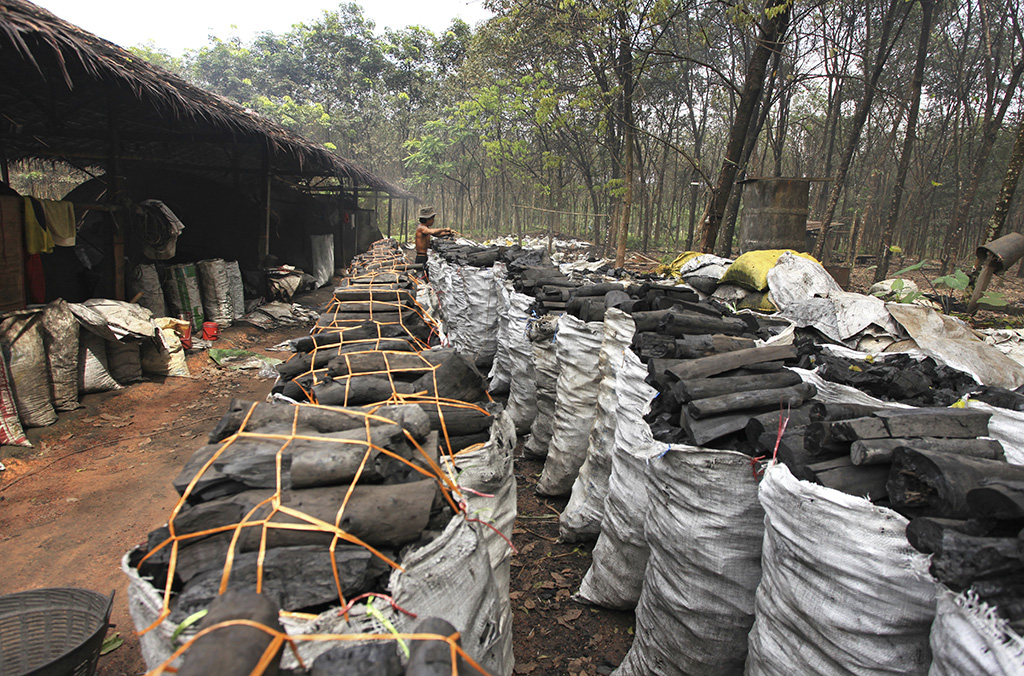 A decade of forestry crime operations : fighting the looting of natural resources such as timber and charcoal in some of the world’s poorest countries
/

INTERPOL recognizes the importance of strong partnerships in developing a coordinated response to forestry crime.  Our activities against forestry crime are all externally funded and dependent on sustainable partnerships.

We would particularly like to acknowledge the valuable support from our Forestry Crime Working Group (FoCWG) and our partners and encourage other national, regional and international stakeholders and the wider international donor community to support our vital work to stop organized crime affecting our environment.

Follow us for more about a decade of tackling fisheries crime:

Join us next week to find out more about how INTERPOL has spent the last decade tackling environmental crime in the forestry sector. 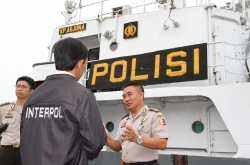