LYON, France – personal care items, office supplies, tobacco, agrochemicals, electronic accessories and medical products were among the illicit goods seized in an INTERPOL operation carried out across Central and North America and the Caribbean.

Police and customs officers conducted raids and inspections in markets, shops and at borders in Belize, Costa Rica, Cuba, the Dominican Republic, Guatemala, Honduras, Jamaica, Mexico and Panama. These actions led to the seizure of around 746,000 items with a total estimated value of more than USD 3.5 million and the identification of 150 individuals and 65 companies who were operating illicitly.

Law enforcement officers carried out inspections in Honduras.
Firearm accessories seized in Belize.
A range of products confiscated in Cuba.
Inspections carried out in Costa Rica.
Cigarettes found hidden in a vehicle in the Dominican Republic.
Cans of beer seized in Belize.
Contraband alcohol seized coming into the Dominican Republic from Haiti.
Counterfeit mobile phones siezed by Customs authorities in Jamaica.
/

All types of product are at risk

No product is safe from being trafficked, falsified, counterfeited or adulterated.

This is clearly illustrated by the wide range of consumer goods seized during Operation Maya III in April 2019, the majority of which were hidden or illegally declared in shipments. Examples of seized products include:

Due to the increased overall law enforcement activity during the course of the operation, officers confiscated a number of non-targeted items − such as firearms and drugs − and identified suspects connected to human trafficking.

Cooperation across borders and sectors

INTERPOL acted as a communication and coordination channel for the law enforcement authorities in the participating countries, enabling them to share intelligence and alerts.

Thanks to active coordination with the private sector, the majority of the cases have an official complaint from the rights holders, which will help drive investigations and prosecutions forward.

“As a regional operation across nine countries, cross-border and cross-sector collaboration in real time was crucial to the success of Operation Maya III. INTERPOL is uniquely placed to coordinate such activity and will continue to support its member countries in disrupting illicit trade and bringing the perpetrators to justice,” said Daoming Zhang, Head of INTERPOL’s Illicit Markets Sub-Directorate.

The involvement of multiple agencies in each country ensures coordinated action to counter the trade in illicit products, from on-the-ground interventions and follow-up investigations through to prosecution.

“This year we worked with the Special Unit for Investigation of Crimes of Copyright and Industrial Property (UEIDDAPI), the Criminal Investigation Agency, the Federal Ministerial Police, and experts, to address counterfeiting and piracy on Mexican territory. We are committed to international collaboration in our activities to combat the trade in illicit goods,” said Mr Felipe de Jesus Muñoz Vázquez, Sub-Attorney General for Federal Crimes Investigation, Mexico. 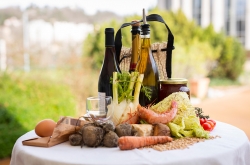 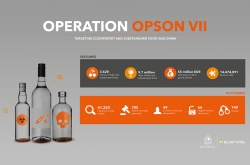