The precious pieces were stolen from the Green Vault in Dresden, Germany in the early hours of Monday 25 November.

Fourteen items have been added to the INTERPOL Stolen Works of Art Database as part of the effort to track them down.

The 18th-century jewels were from the Diamond Rose Garniture, the Diamond Garniture and the Queen’s Jewellery collections of the museum.

INTERPOL is calling for anyone with information about the thieves or the location of the stolen items to contact German police and INTERPOL’s General Secretariat.

How did the robbery unfold?

Thieves broke into the museum early on Monday 25 November after a fire nearby caused a power outage.

Two suspects were caught on CCTV footage smashing the display case that housed the jewels:

The robbers fled in a car that was later found burnt out, and they remain on the run.

What is the Stolen Works of Art Database?

That database is INTERPOL’s key tool in the fight against cultural heritage crime.

It is a central global repository for information on stolen or trafficked objects of cultural heritage, like jewels, paintings and sculptures. 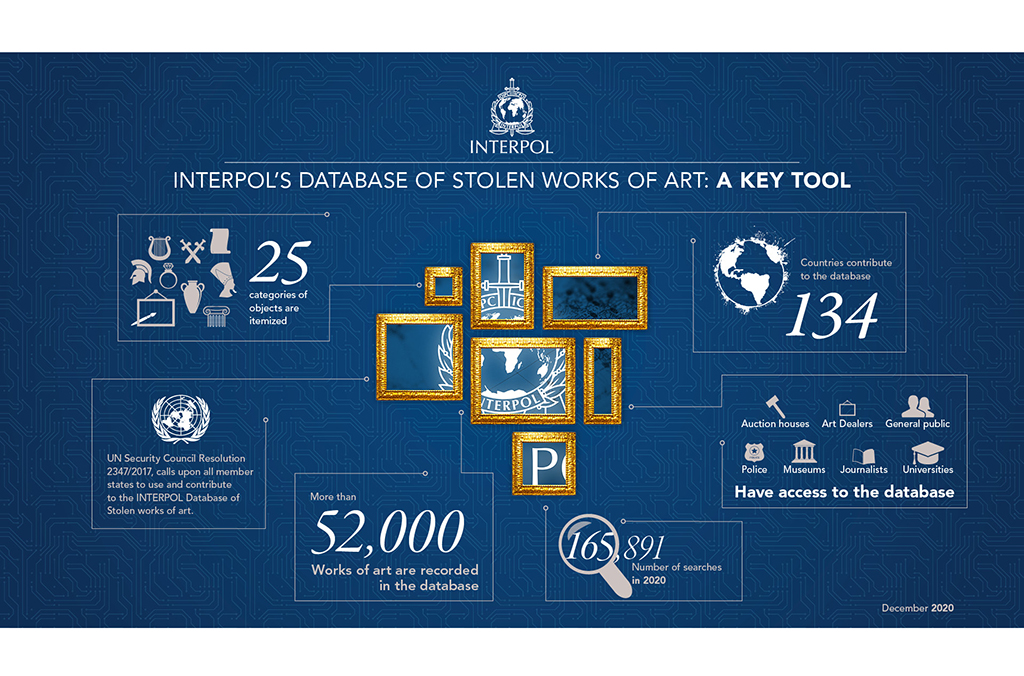 This information can be sent by police in our member countries through their INTERPOL National Central Bureau (NCB) or other authorized entities such as ICCROM, ICOM and UNESCO.

As well as police in all member countries, museums, art dealers, auction houses, even members of the public can access the database - allowing them to check in real-time if an item is among those reported as stolen or missing.