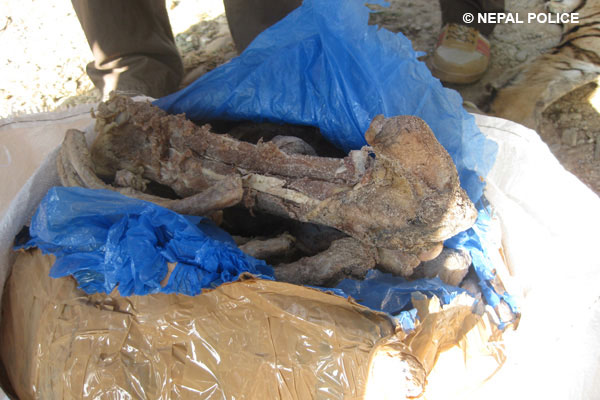 Police continue to investigate a possible tiger parts smuggling ring in the country. 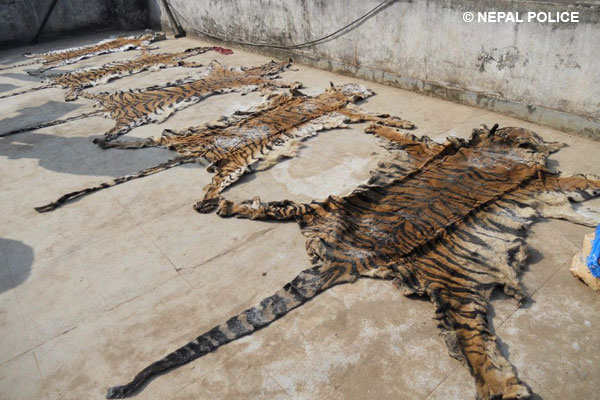 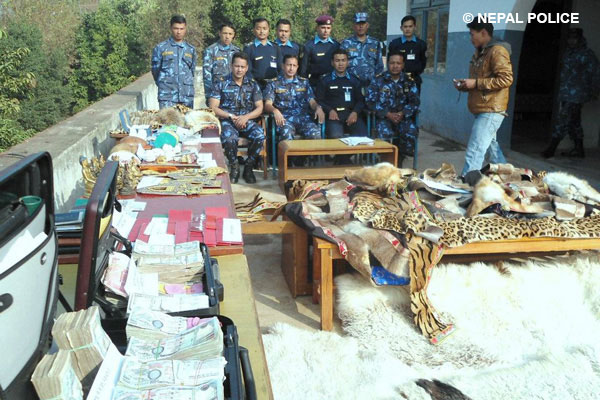 The individuals arrested were allegedly trying to smuggle the tiger parts into neighbouring China.
/

The Nepal Police, Department of National Park and Wildlife Conservation and Department of Forests of Nepal deployed forces on 11 and 12 January in different parts of the country. On 11 January, officers of Manaslu Conservation Area seized two tiger skins, 53 kg of tiger bones and arrested four people who were allegedly trying to smuggle the tiger parts into Tibet, China. The following day, police conducting road checks near the Chinese border seized 5 tiger skins and 114 kg of tiger bones that were concealed in bags of rice in a van also heading to China.

Evidence gathered by police led them to suspect that the attempted smuggling incidents were part of a tiger parts smuggling ring, and the investigation is ongoing. In all, seven people have been arrested and charged with the illegal trade of tiger parts.

The arrests and seizures followed an INTERPOL training session on the use of intelligence and information management in combating environmental crime held in Nepal in December. The training, organized by INTERPOL, its National Central Bureau (NCB) in Kathmandu and the South Asia Wildlife Enforcement Network (SAWEN), aimed to improve environmental law enforcement capacity in the region, with a specific focus on illegal poaching and the illicit trade in tigers and other Asian big cats.

“The success of these operations by the Nepal Police demonstrates the important role of capacity building programmes in giving police the skills necessary to fight all types of transnational crime more effectively,” said David Higgins, head of INTERPOL’s Environmental Crime Programme.

“I applaud the Nepalese authorities for putting their training into practice, and for their strong commitment to protecting the world’s remaining wild tigers and bringing an end to illegal poaching and the illicit trade in tiger parts,” concluded Mr Higgins.

The training course and other initiatives to combat Asian big cat-related crimes occur under the auspices of INTERPOL’s Project Predator, which aims to reduce tiger crime by enhancing governance and law enforcement capacity in the tiger range countries. Partners include the US Agency for International Development (USAID), UK Department for Environment, Food and Rural Affairs (DEFRA) and SAWEN.