The meeting between António Guterres and Jürgen Stock followed the recent third biennial review of the UN General Assembly resolution on cooperation between the two Organizations, further strengthening this strategic partnership. 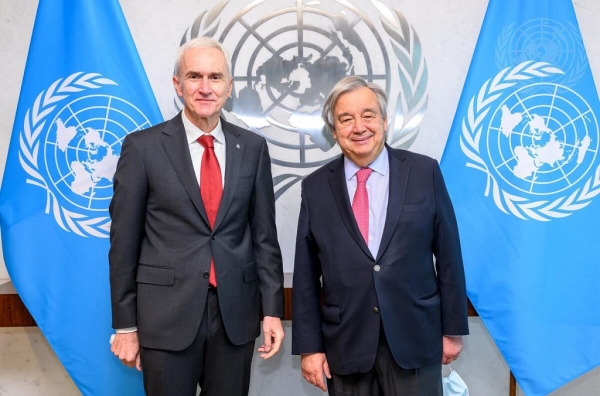 The resolution also served to highlight the complementarity of INTERPOL’s Global Policing Goals (GPGs) and the UN Sustainable Development Goals, and affirmed INTERPOL’s position as an important implementation partner.

INTERPOL’s GPGs were launched in 2018 to reflect the Organization’s priorities against criminal and terrorist threats, and serve as a framework for the international law enforcement community in alignment with the UN 2030 Agenda for Sustainable Development.

"With INTERPOL celebrating its centenary in 2023, it is timely to review and update our global policing goals to ensure that we remain at the forefront of international policing and meet the evolving needs of our 195 member countries.” Jürgen Stock, INTERPOL Secretary General

“My meeting with Secretary General Guterres was an opportunity to reinforce our united efforts to support international peace and security.

“Only through cooperation can we hope to collectively and effectively respond to the security threats of today and prepare for those of tomorrow,” concluded the Secretary General.

INTERPOL has a long history of cooperation with the UN which was  formalized in a 1997 agreement. The Office of the Special Representative of INTERPOL to the United Nations in New York was opened in 2004, which has further strengthened the relationship between the two organizations.

In addition to a strong working relationship with the UN’s dedicated counter-terrorism entities including its Office of Counter-Terrorism (UNOCT), the Security Council Counter-Terrorism Committee (CTC) and its Executive Directorate (CTED), INTERPOL also works closely with the UNODC, UNDPO, UNICRI and UNESCO. 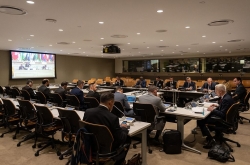