Fighting against fugitives through international cooperation

SEOUL, Korea (Rep. of) – More than 60 fugitives wanted for crimes ranging from financial crime, online gambling and drug trafficking were arrested across Asia during an INTERPOL-coordinated operation.

As a result of the operation and intelligence sharing, 80 Red Notices and 15 Blue Notices were issued. INTERPOL’s Blue Notices are used by member countries to collect additional information about an individual’s identity, location or activities in relation to a crime.

In one case, 3 Korean suspects were arrested in the Philippines for defrauding more than 500 victims out of EUR 7.5 million.

INTERPOL NCB Coordination Desk (ASP) together with NCB Seoul organized a meeting in November to share outcomes of the operation and plan for future actions in the region. Other key partners included the Swedish Police Authority and U.S. Federal Bureau of Investigation. 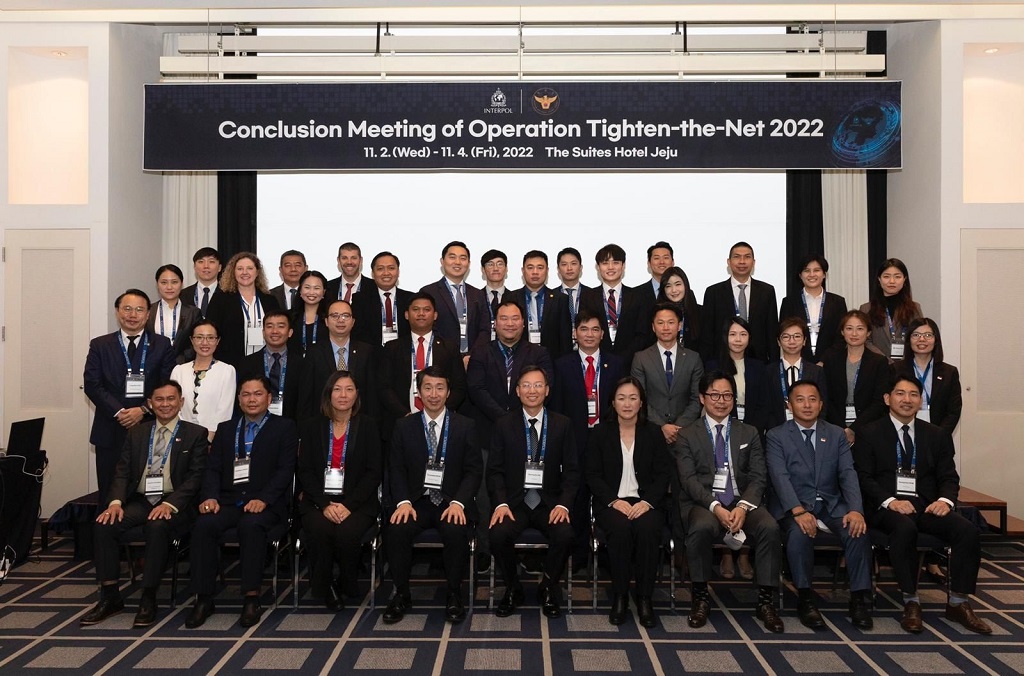 “This remarkable outcome has only been possible thanks to our solidarity and close cooperation among law enforcement bodies,” said Mr. LEE Hyeong Se, the Head of NCB Seoul.

First initiated in 2019, Operation Tighten the Net focuses on bringing the most wanted fugitives in the Asia-Pacific region into justice. Central to this operation is INTERPOL’s support of law enforcement across the region. Such support enhances investigation capabilities and helps increase access to criminal databases.