LYON, France –German authorities, with INTERPOL’s support, are renewing a request for the public’s help in locating Norman Volker Franz , aged 51, who has been on the run since escaping prison in Portugal in 1999.

Franz has a long history of violent and organized crime, including armed robberies. He was convicted of murder in 1996, after throwing a grenade into a car which killed two of its occupants. He received a life sentence but escaped from Hagen prison in Germany the following year. 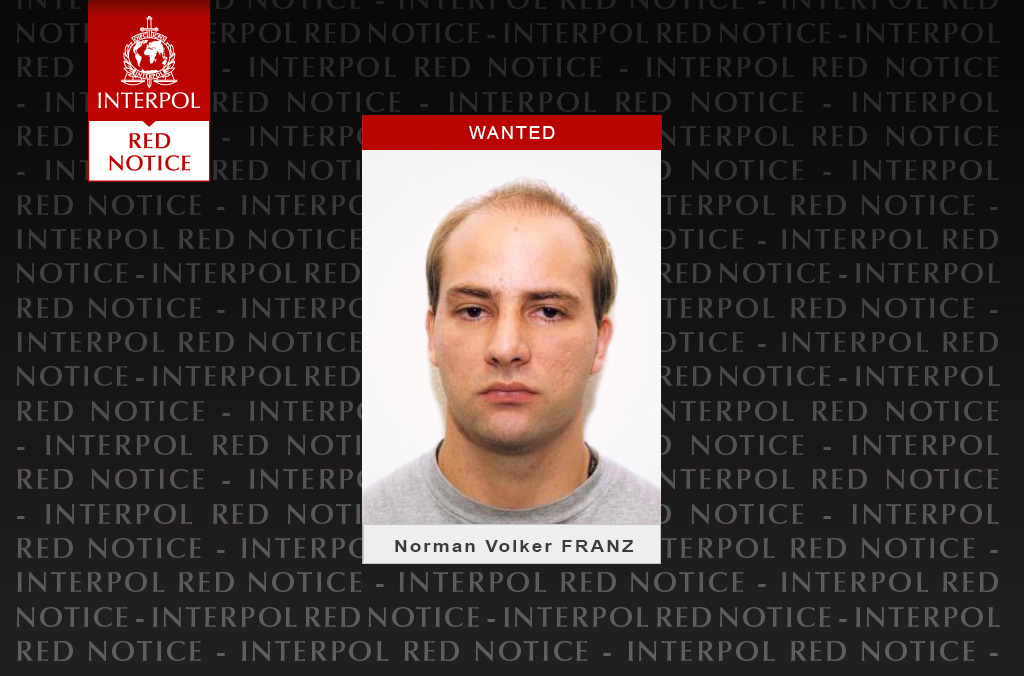 Franz has a long history of violent and organized crime.

Authorities believe he committed three more murders in Germany before being caught in Portugal in 1998, where he was found working in the real estate business and living with his family under the aliases of Carsten Müller and Michael Stuever.

In late July 1999 he escaped from prison in Lisbon and vanished.

Franz was first featured in an INTERPOL public appeal in 2010, but in light of the danger he still poses to society INTERPOL is supporting the Bundeskriminalt (BKA) by publishing a Red Notice extract on its public website.

Franz should be considered armed and dangerous. Anyone with information about the location of the suspect is asked to contact  the BKA or INTERPOL’s Fugitives unit.