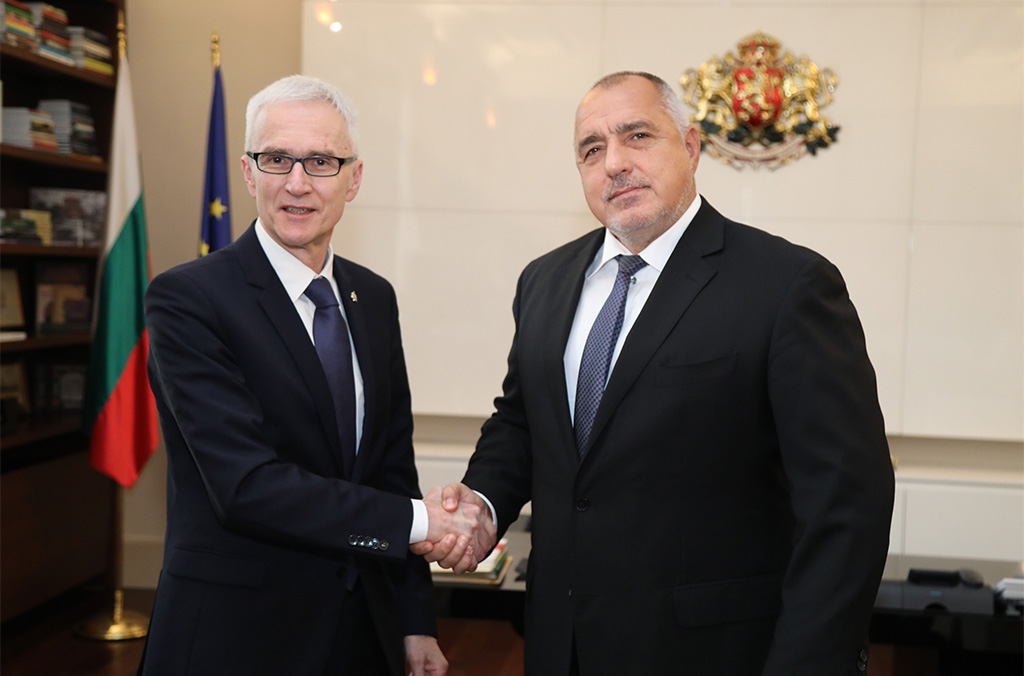 On his first official visit to the country, the INTERPOL Chief said the anniversary came at time of increasingly strong cooperation between the world police body and Bulgaria.

“As INTERPOL approaches its centenary, the knowledge and expertise we have developed are thanks to highly active and engaged countries such as Bulgaria,” said Secretary General Stock, who pointed to recent operational successes.

These included Blackwrist, a two-year international operation against online child sexual abuse coordinated by INTERPOL in which Bulgaria was crucial in taking down the offending website’s servers.

The operation resulted in the rescue of 50 children, as well as the arrest and prosecution of child sex offenders in Thailand, Australia and the United States.

During his mission, Secretary General Stock also held discussions with Prime Minister Boyko Borissov and Minister of the Interior Mladen Marinov as well as meeting with staff at the National Central Bureau (NCB) in Sofia.

NCBs act as the single point of contact with other INTERPOL member countries and the General Secretariat headquarters in Lyon, France.