Nearly 50 criminal networks have been dismantled, with weevil-infested flour and shrimp paste laced with pesticide among the seizures in the latest Operation Opson targeting fake food and drink.

In addition to seizures of fake and substandard food and drink, Operation Opson VII also resulted in the recovery of counterfeit or expired medicines, including these smuggled homeopathic products in Colombia.

An intelligence-led investigation by police in South Africa resulted in the disruption and dismantling of an illicit factory manufacturing counterfeit spices and the arrest of 10 people. 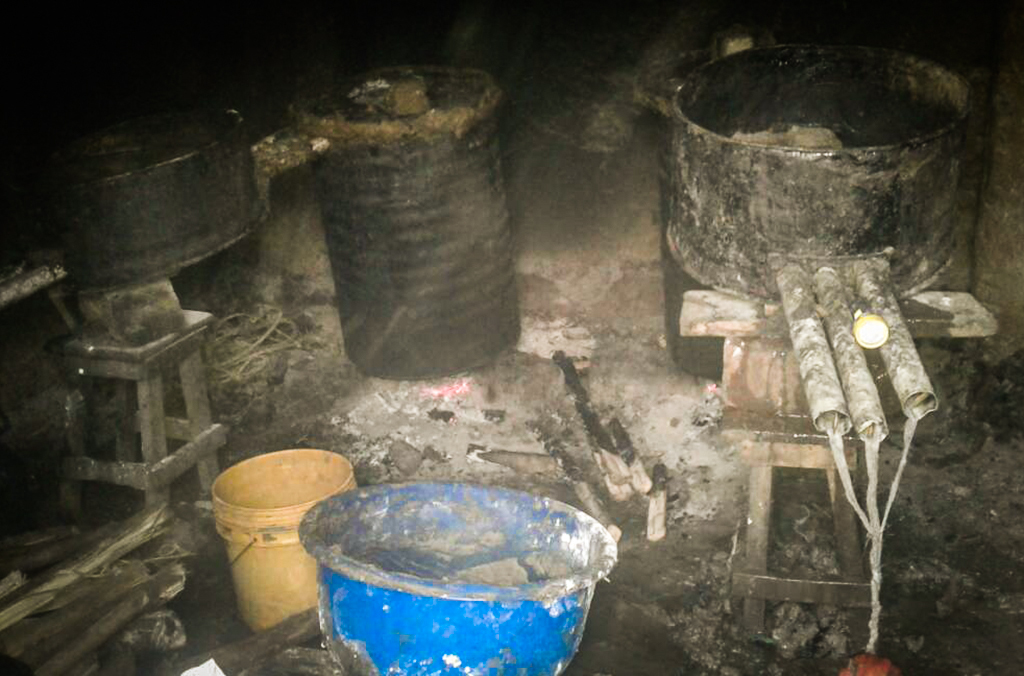 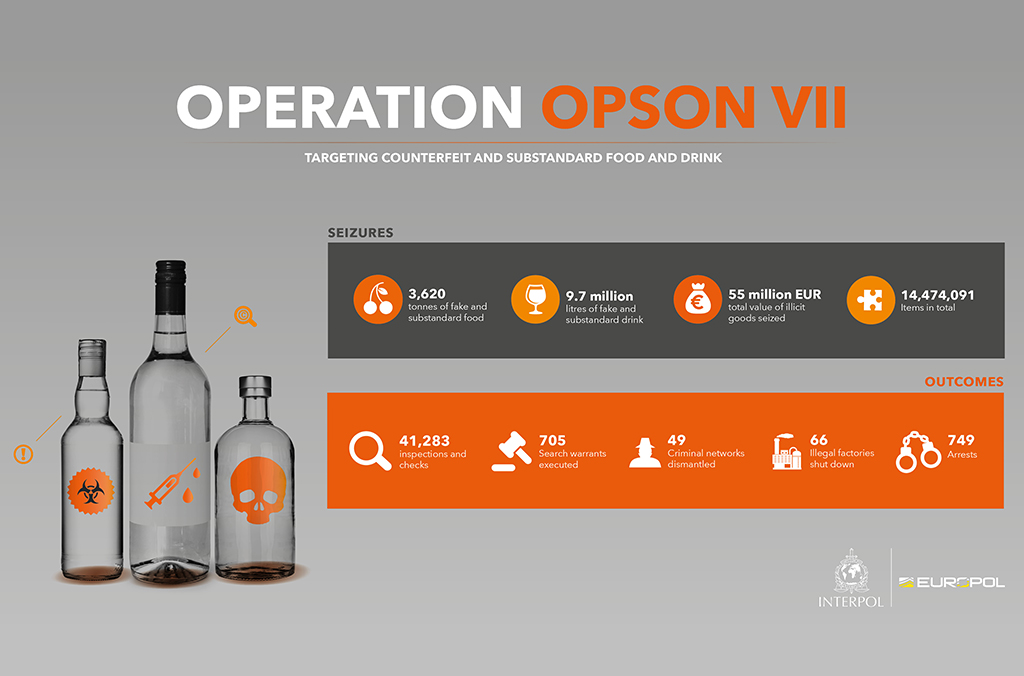 Methanol added to alcoholic drinks, expired products for sale and unhygienic storage conditions were among the offences detected during the operation.

Police in Indonesia seized large quantities of illicit alcohol following the deaths of more than 60 people who had drunk the bootleg booze. Investigations are ongoing to identify those involved in the supply chain.

Counterfeit alcohol was again the most seized product in the seventh Opson operation coordinated by INTERPOL and Europol, which ran from 1 December 2017 to 31 March 2018, involving police, customs, national food regulatory authorities and partners from the private sector in 67 countries.

In total more than 3,620 tonnes and 9.7 million litres of hazardous fake food and drink worth an estimated EUR 55 million were recovered.

In Jordan, 90 tonnes of flour infested with weevils due to poor storage were seized, and in Bulgaria, officers confiscated pork meat which carried trichinosis – a parasitic disease caused by roundworms. Investigations later revealed 12 people tested positive for the disease after eating the infected meat.

Vietnamese authorities seized nearly 1.5 tonnes of Monosodium glutamate (MSG) which was either fake or of unknown origin, together with packaging machines. Officials also seized more than 10,000 kg of noodles containing borax and 6.7 tonnes of bamboo shoots and roots which had been soaked in unidentified chemicals to make them appear fresh.

In addition to 113 arrests, Burundi officials dismantled 24 criminal groups mainly connected to the production or distribution of fake alcohol. A Kalashnikov rifle, 42 rounds of ammunition and a hand grenade were also seized.

In Russia, officials identified and shut down 48 underground factories. In total more than 1.6 million litres of illegally produced alcohol were seized and criminal proceedings have been launched against 282 people. Officials also seized smuggled tobacco products worth an estimated EUR 7 million which had been hidden in bran and sawdust in nine train wagons.

An intelligence-led investigation by police in South Africa resulted in the disruption and dismantling of an illicit factory manufacturing counterfeit spices and the arrest of 10 people.

“The dismantling of nearly 50 criminal networks involved in the production of fake food and drink is an important result in stemming the flow of potentially lethal products into the marketplace,” said Daoming Zhang, Head of INTERPOL’s Illicit Markets unit.

“The volume of counterfeit and substandard products seized is a reminder to the public that they need to remain careful about what they buy and from where.”

“The results of Opson demonstrate what can be achieved to protect consumers worldwide when law enforcement agencies join their efforts and perform coordinated actions,” said Jari Liukku, Head of Europol’s European Serious and Organised Crime Centre. “It is a threat which requires such cooperation across borders, taking into account the increased integration and globalisation of supply chains. All countries face this threat and it is the duty of law enforcement agencies to make sure what consumers get in their plate is genuine and safe.”

Organized crime groups involved in the production and distribution of fake food and drink often use the same networks for other types of crime. Thousands of counterfeit or expired medicines, which pose a significant risk to public health, were seized in Rwanda, Sudan and Tanzania.

In China, an intelligence-led operation targeting substandard food supplements and falsified medicines being sold online resulted in the arrest of more than 20 suspects. Two factories and three warehouses were dismantled, with more than 20,000 boxes of illicit supplements and medicines confiscated. Ten computers, 30 mobile phones and an Internet server were seized, bringing the total value of the items confiscated to around EUR 1 million.

So far 58 countries have provided results and a full report on Operation Opson VII results will be published later this year.

Operation Opson VII was supported by funding from the United Arab Emirates via the INTERPOL Foundation for a Safer World.