LYON, France – An INTERPOL operation targeting the criminal networks behind people smuggling, which has already led to 26 arrests, is now calling on the public’s help to locate and bring the remaining fugitives to justice. 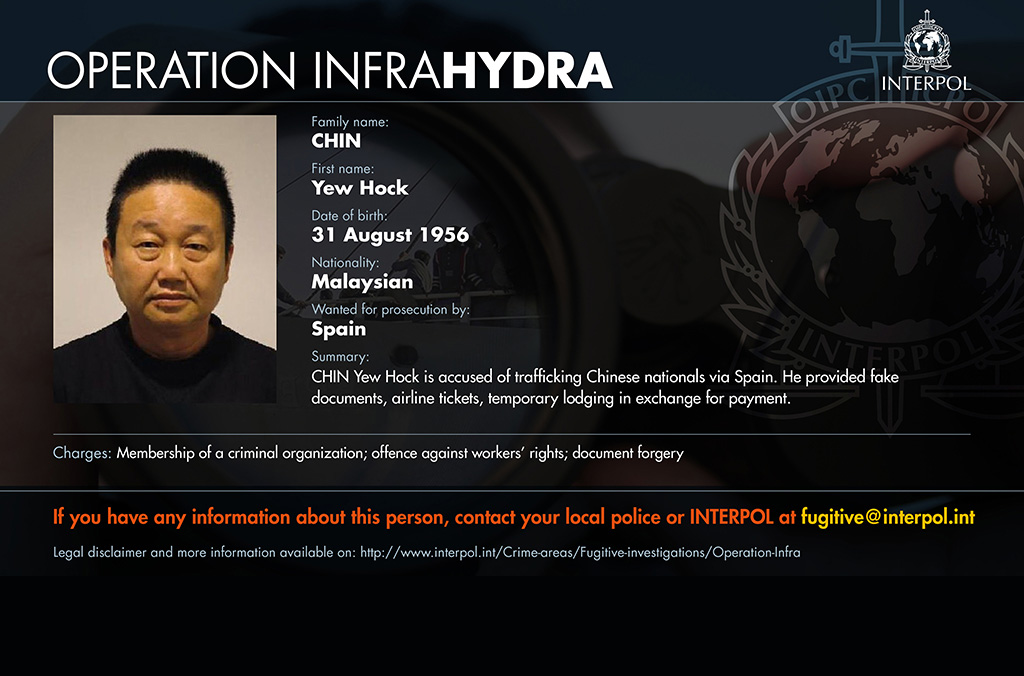 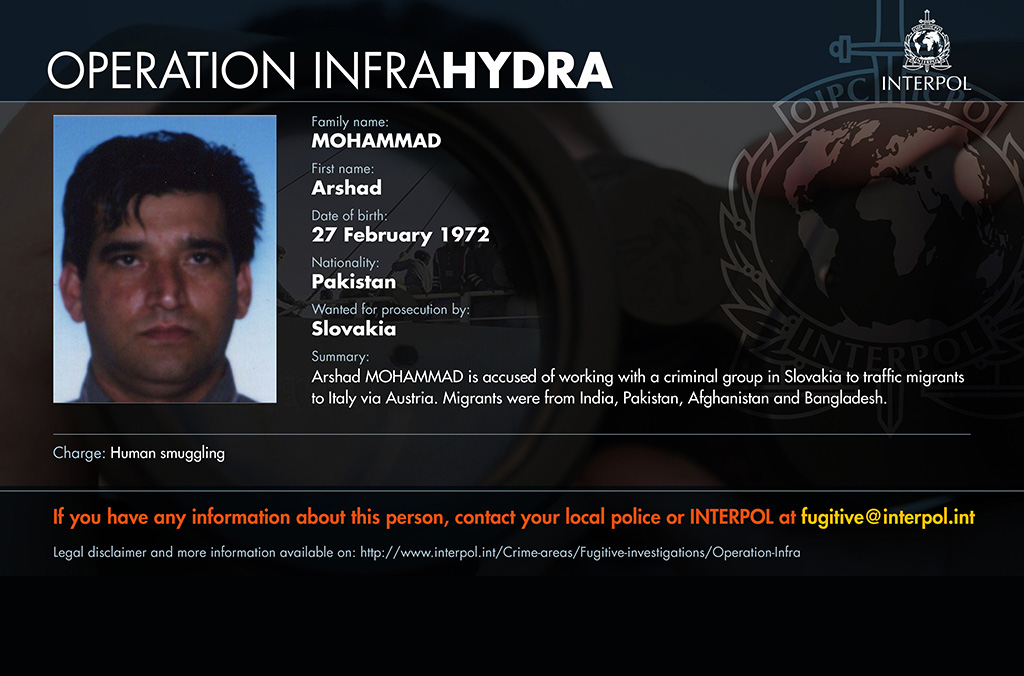 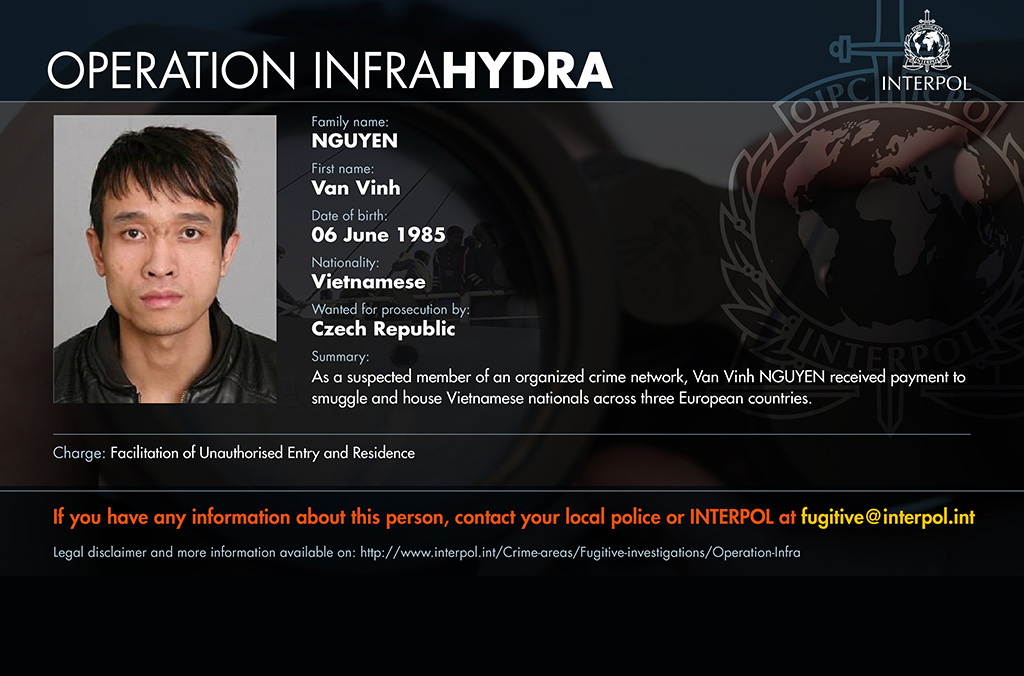 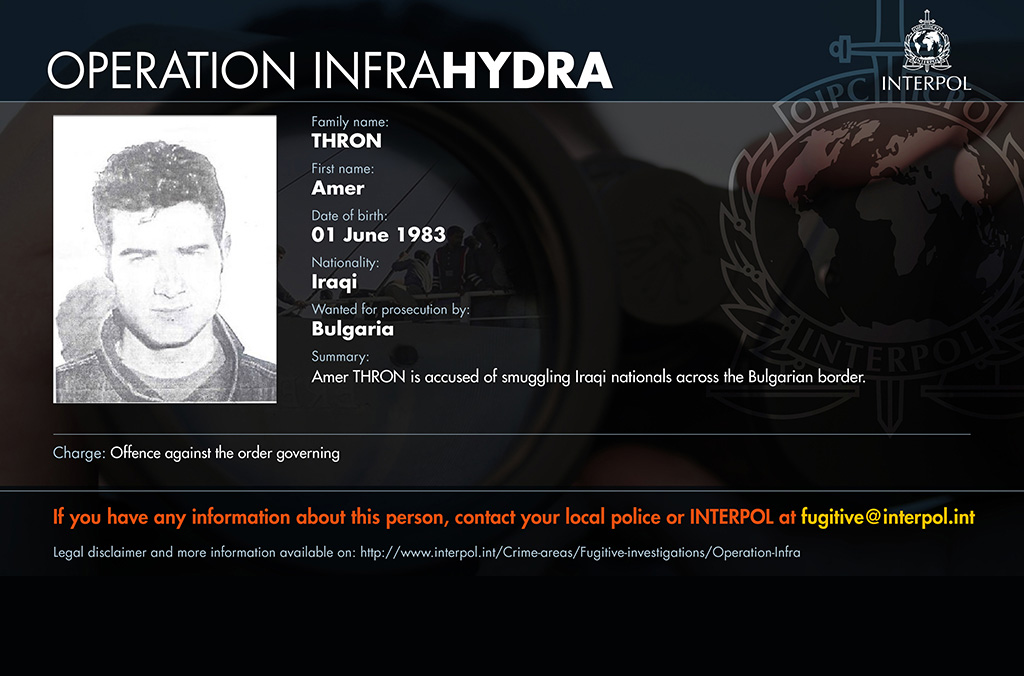 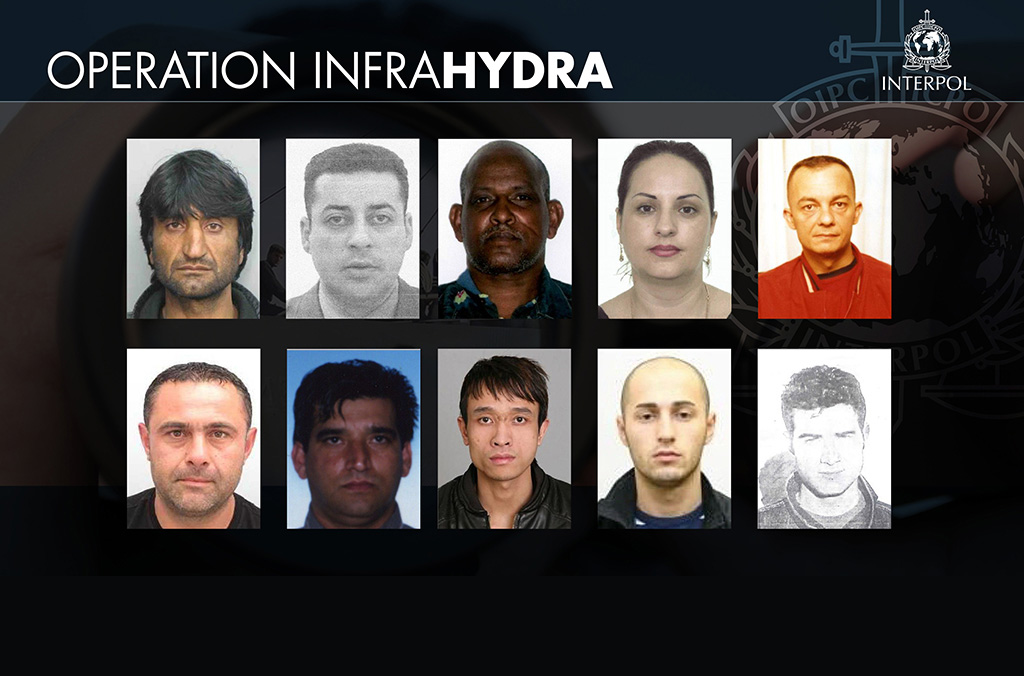 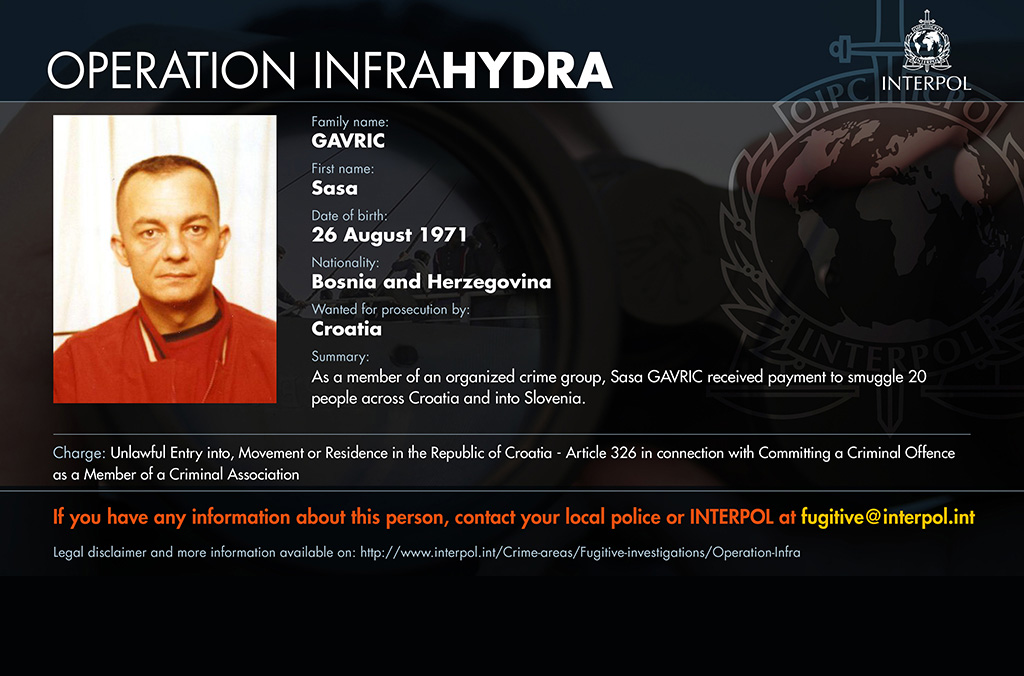 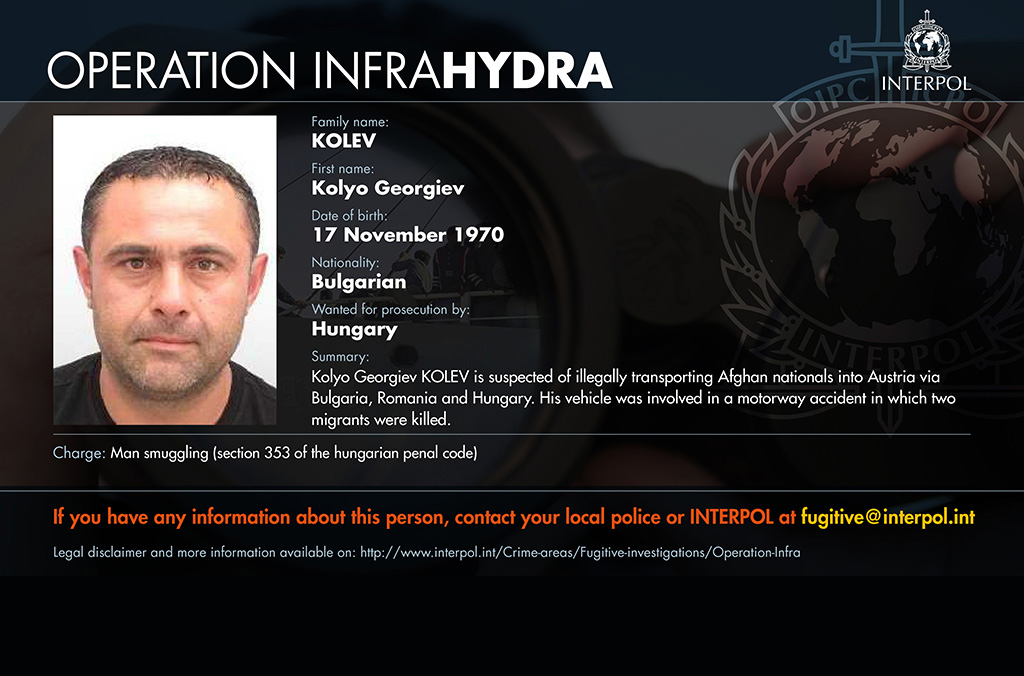 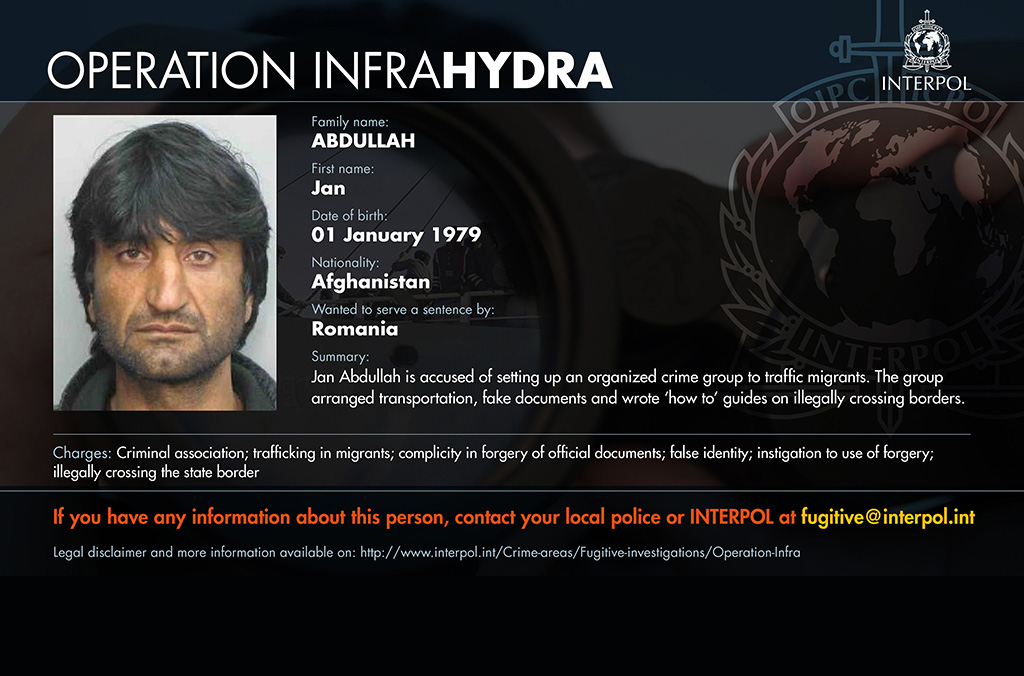 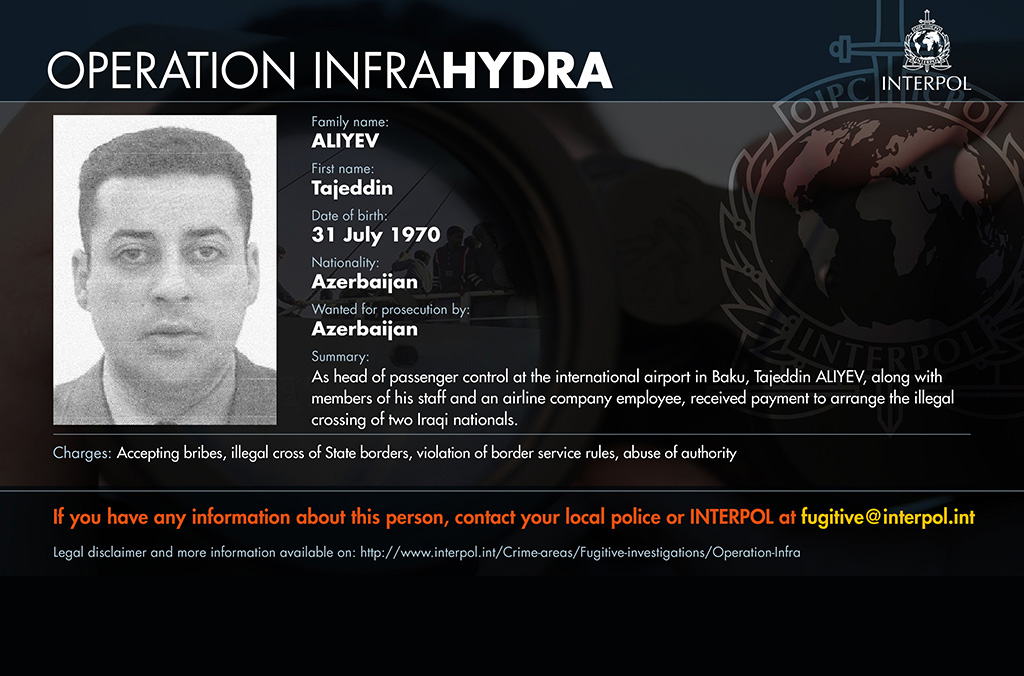 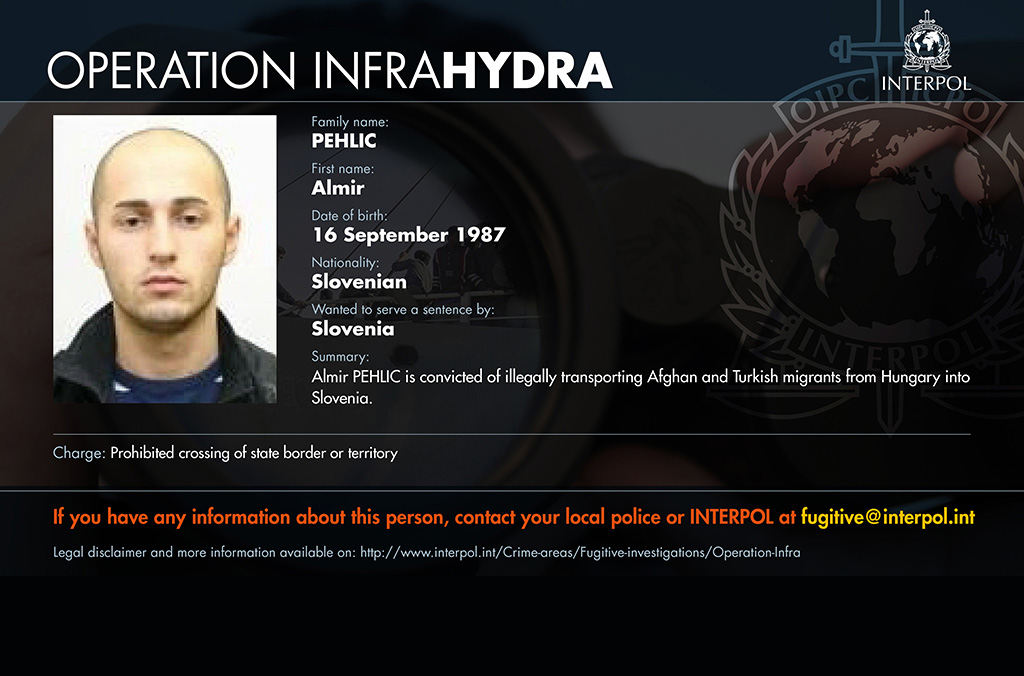 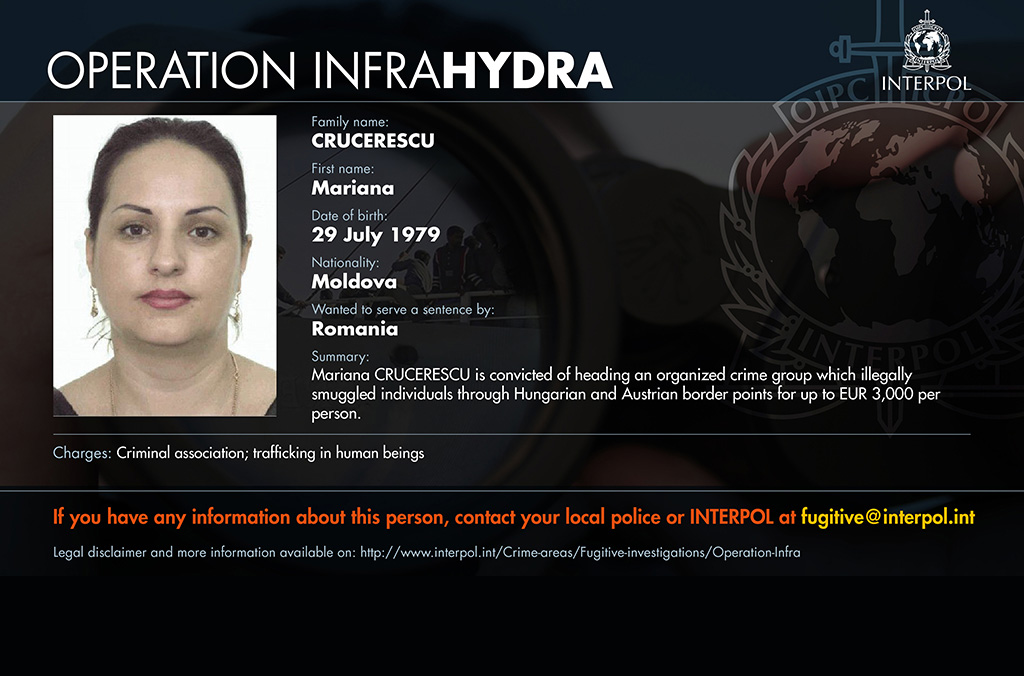 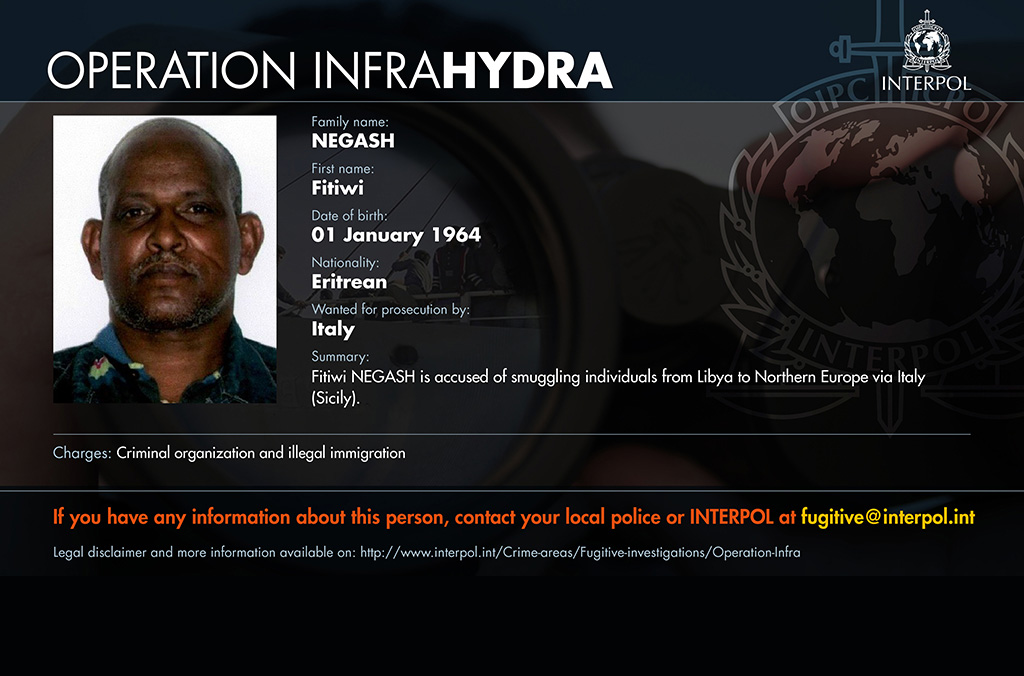 Operation Infra (International Fugitive Round Up and Arrest) Hydra, focusing on 180 fugitives wanted by 31 countries, has also resulted in the positive location of a further 31 individuals.

During the operational phase (9 – 13 May), 28 specialized fugitive and immigration officers from 24 countries worked alongside each other at the INTERPOL General Secretariat headquarters in Lyon, France to directly exchange information, follow up leads and coordinate arrests around the world.

Members of the public are now being asked to provide information on the internationally-wanted fugitives with 10 Operation Hydra targets specifically highlighted as part of the appeal, including:

“People smuggling is a global issue which is why international cooperation through operations such as Hydra are essential,” said Mr O’Connell.

“The criminal networks involved have no regard for the safety or wellbeing of the people using their illegal services, they are just another commodity for them to trade, as we have seen with tragic results around the world.

“Operation Hydra is aimed at dismantling these networks, to stop them from profiting from the desperation of people and bringing those responsible to justice, and we would encourage anyone with information to come forward,” concluded Mr O’Connell.

Among those arrested during the operational phase was a 39-year-old Moroccan national suspected of providing stolen Belgian identity cards to three Syrian nationals at a cost of EUR 12,000, and a 43-year-old Serbian national said to be part of an organized crime network which smuggled 25 migrants from Serbia to Hungary.

An Albanian organized crime group which was charging individuals nearly EUR 14,000 each to be smuggled by zodiac boat from France to England was also identified and a number of individuals arrested, including the route planner and accountant.

A 40-year-old Iranian man allegedly part of an international gang smuggling people from Iran to various countries around Europe was arrested in Spain. The gang would seize the passports of their victims, which included children, and regularly increase the price of the illegal transport along the route, running the final total into thousands of euros per person.

Anyone with information on the possible location of the targets of Operation Infra Hydra, should contact their local police or INTERPOL’s Fugitive Investigative Support unit.

Since the initial Infra-Red in 2010, similar operations including Infra-SA (South America), Infra-SEA (South East Asia) and Infra Terra (environmental crime) have so far led to more than 600 arrests and positive locations worldwide.

A joint Europol-INTERPOL Report on Migrant Smuggling Networks issued last month underlined how migrant smuggling is ‘a multinational business’ and called for an accurate and in-depth understanding of the wide range of illicit services offered by migrant smugglers, and their operating methods, so as to dismantle their criminal networks.