LYON, France ‒ INTERPOL can confirm that at least two passports – Austrian and Italian – recorded in its Stolen and Lost Travel Documents (SLTD) database were used by passengers on board missing Malaysia Airlines flight MH 370. 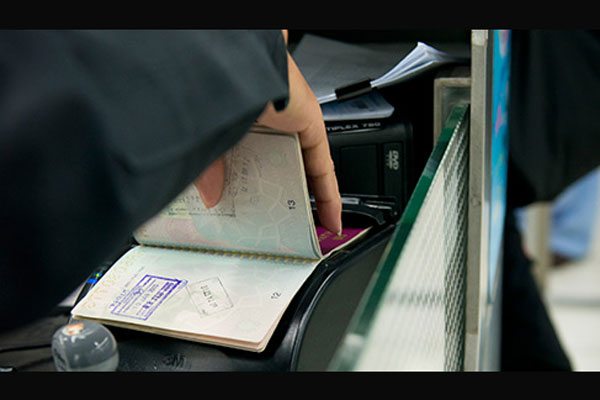 The Austrian and Italian passports were added to INTERPOL’s SLTD database after their theft in Thailand in 2012 and 2013 respectively. INTERPOL is also conducting checks on all other passports used to board flight MH 370 which may have been reported stolen.

No checks of the stolen Austrian and Italian passports were made by any country between the time they were entered into INTERPOL’s database and the departure of flight MH 370. At this time, INTERPOL is therefore unable to determine on how many other occasions these passports were used to board flights or cross borders.

INTERPOL is currently in contact with its National Central Bureaus in the involved countries to determine the true identities of the passengers who used these stolen passports to board the missing Malaysia Airlines flight.

“Whilst it is too soon to speculate about any connection between these stolen passports and the missing plane, it is clearly of great concern that any passenger was able to board an international flight using a stolen passport listed in INTERPOL's databases,” said INTERPOL Secretary General Ronald K. Noble

“What is important at the moment is to find out what caused Malaysia Airlines flight 370 to go missing, and in this regard INTERPOL is making all needed resources available to help relevant authorities in Malaysia and elsewhere find out what happened. In the meantime, our thoughts and prayers are with the families, loved ones and friends of the 239 passengers and crew on board,” said Mr Noble.

“This is a situation we had hoped never to see. For years INTERPOL has asked why should countries wait for a tragedy to put prudent security measures in place at borders and boarding gates,” said Secretary General Noble.

“Now, we have a real case where the world is speculating whether the stolen passport holders were terrorists, while INTERPOL is asking why only a handful of countries worldwide are taking care to make sure that persons possessing stolen passports are not boarding international flights,” added the INTERPOL Chief, pointing to the predicted increase in international travel reaching 1.5 billion passengers by 2017.

Last year passengers were able to board planes more than a billion times without having their passports screened against INTERPOL's databases. As far back as 2002 following the September 11, 2001 terrorist attacks, INTERPOL created its SLTD database to help countries secure their borders and protect their citizens from terrorists and other dangerous criminals known to use fraudulent travel documents.

Unfortunately, few member countries systematically search INTERPOL's databases to determine whether a passenger is using a stolen or lost travel document to board a plane.

“If Malaysia Airlines and all airlines worldwide were able to check the passport details of prospective passengers against INTERPOL's database, then we would not have to speculate whether stolen passports were used by terrorists to board MH 370. We would know that stolen passports were not used by any of the passengers to board that flight,” said Secretary General Noble.

“For the sake of innocent passengers who go through invasive security measures prior to boarding flights in order to get to their destination safely, I sincerely hope that governments and airlines worldwide will learn from the tragedy of missing flight MH 370 and begin to screen all passengers’ passports prior to allowing them to board flights. Doing so will indeed take us a step closer to ensuring safer travel,” concluded the head of INTERPOL.

*Updated on 11 March to include specific figures for 2013.